Skip to content
Become a member and get exclusive access to articles, live sessions and more!
Start Your Free Trial
Home > Reviews > Umbria > Umbria, 40 Years On 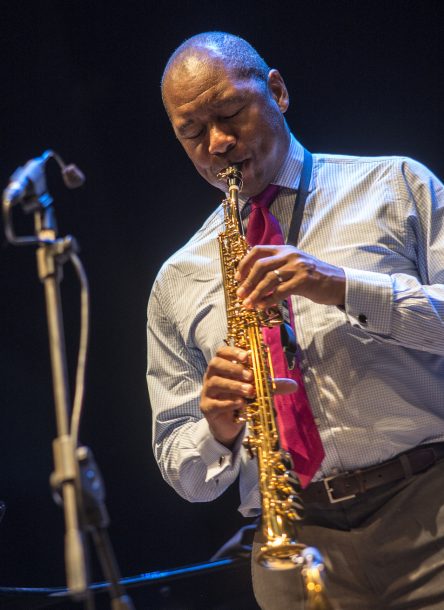 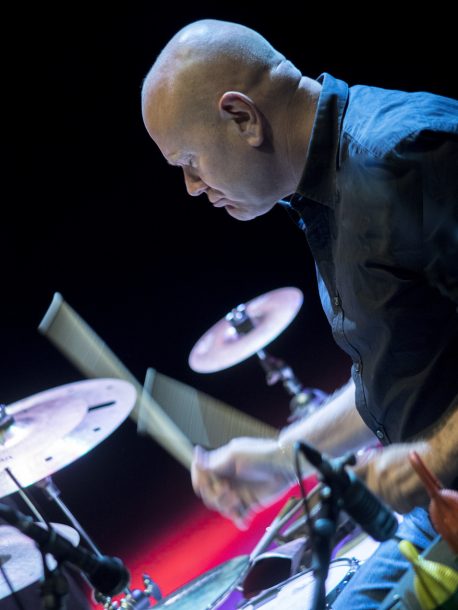 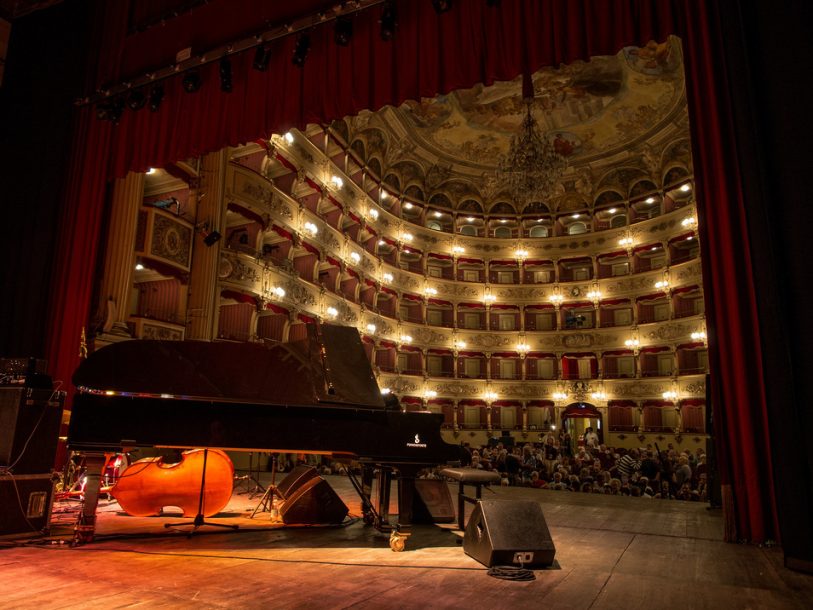 The Teatro Morlacchi in Perugia, Italy, 'round midnight

When you see photos of the Piazza IV Novembre at the Umbria Jazz Festival in Perugia in 1973, it looks the same as now. A mass of humanity fills the piazza and spills down Corso Vannucci. Jazz fans and medieval Italian piazzas don’t change much in four decades. Still, 40 is old for a jazz festival. In 2013, Umbria celebrated its anniversary with a star-studded program.

The big names play in Arena Santa Giuliana, a 5,000-seat outdoor stadium at the base of the old hill town. This year they included Diana Krall (still Ms. Cool), Chick Corea/Herbie Hancock (as a duo, unfortunately), Wynton Marsalis and the Jazz at Lincoln Center Orchestra (enlightened historicism), and the Keith Jarrett Trio. Stefano Bollani’s recital of Ravel, Gershwin and Bernstein with a 95-piece orchestra was impeccable and inspired. Jan Garbarek, Gilberto Gil and John Legend also appeared.

The arena, on balmy July nights, is an exciting place to be. But the deepest Umbria experiences come at the “‘Round Midnight” concerts, in the old town, in the 18th-century Teatro Morlacchi, with its five tiers of opera boxes. It is where the true jazz fans congregate.

To get there you take escalators up into town and negotiate your way through the throngs in Corso Vannucci, past street musicians and jugglers and hundreds of Sophia Lorens. The Morlacchi is at the end, to the left, down a winding stone street. The “‘Round Midnight” program this year cut a wide swath of the current jazz art form.

The Cookers played pure, blaring, charging hard bop. Billy Harper writes classic anthems like “Afro Black.” There is no more sure-fire adrenaline jolt in jazz than Harper’s tenor saxophone catapulting out of an ensemble. David Weiss makes intriguing, unexpected trumpet decisions. Freddie Hubbard’s “The Core” was described as a “Billy Hart feature,” but in this band all tunes are motivated by unforeseen Billy Hart explosions.

Roberto Gatto has a brand new project, Perfectrio, with pianist Alfonso Santimone and electric bassist Pierpaolo Ranieri. All three used electronics to create rolling, surging ceremonies. Shrieking turmoil was supplanted by near-silent ambience. Minimalist repetitive gestures were overwhelmed by thuds and cracks like the soundtrack to a death march. Gatto has long been one of Europe’s most powerful drummers. Now he is also a painter of vivid soundscapes.

The Robert Glasper Experiment was deafening, nasty and monotonous. They played wildly distorted covers of Radiohead, Nirvana and Daft Punk. Casey Benjamin’s looped and sampled vocals were torture. Yet something was going on. On his Yamaha Motif, Glasper discovered startling song patterns that crystallized in the din. Derrick Hodge broke through to improbable lyricism. At moments, his electric bass could have been a flamenco guitar.

Bassist Giovanni Tommaso is a seminal figure in Italian jazz. He played “Via Beato Angelico” at the first Umbria festival in 1973. In 2013 he played it again with his new Consonanti Quartet. The band features Mattia Cigalini, a 24-year-old alto saxophonist to watch for. He has a pure, singing tone and delightfully impure, edgy ideas.

Hiromi packed the Morlacchi to the fifth tier of opera boxes. Her keyboard effusions were technical, superficial, flashy and grandiose. She is more entertainer than artist, but she is an irresistible sprite with acrobatic chops. The crowd ate it up.

There were also memorable concerts in the Morlacchi at earlier times in the day. Branford Marsalis has never sounded more in command of his horns and more committed to communication. His quartet performed music from their widely praised album Four MF’s Playin’ Tunes. In person the songs hit harder and were much more freely elaborated. The Terence Blanchard Quintet also played superior live versions of tracks from their strong new album, Magnetic. Renato Sellani and Danilo Rea offered a tribute to film composer Armando Trovajoli, beautiful songs already in your mind that you had never heard before.

But the midnight concerts are the essence of Umbria. Late, with your defenses down, the music seeps into you like a drug. Then, stoned on jazz, you walk home down Corso Vannucci where, at 3 a.m., the party goes on.

The 2022 Newport Jazz Festival’s three days of sunshine were bracketed, more or less, by a pair of all-star ensemble jams that included Christian McBride. … END_OF_DOCUMENT_TOKEN_TO_BE_REPLACED

In its first full edition since the onset of the pandemic, and with a new director of programming, the Festival International de Jazz de Montréal … END_OF_DOCUMENT_TOKEN_TO_BE_REPLACED

Among the many physical, spiritual, and institutional losses related to the still-ongoing pandemic is that of Los Angeles’ renowned Playboy Jazz Festival (PJF) at the … END_OF_DOCUMENT_TOKEN_TO_BE_REPLACED

It’s difficult to imagine what the stage and the audience would have looked like at Gaillard Center in Charleston, South Carolina, if Rhiannon Giddens’ new … END_OF_DOCUMENT_TOKEN_TO_BE_REPLACED