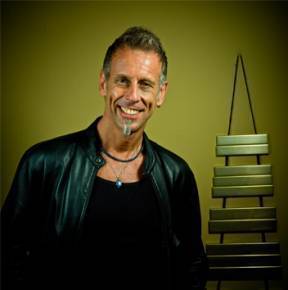 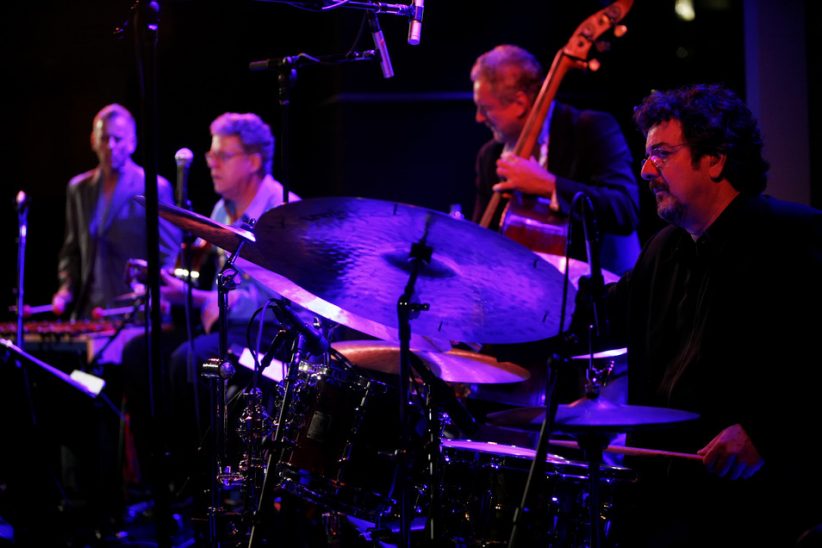 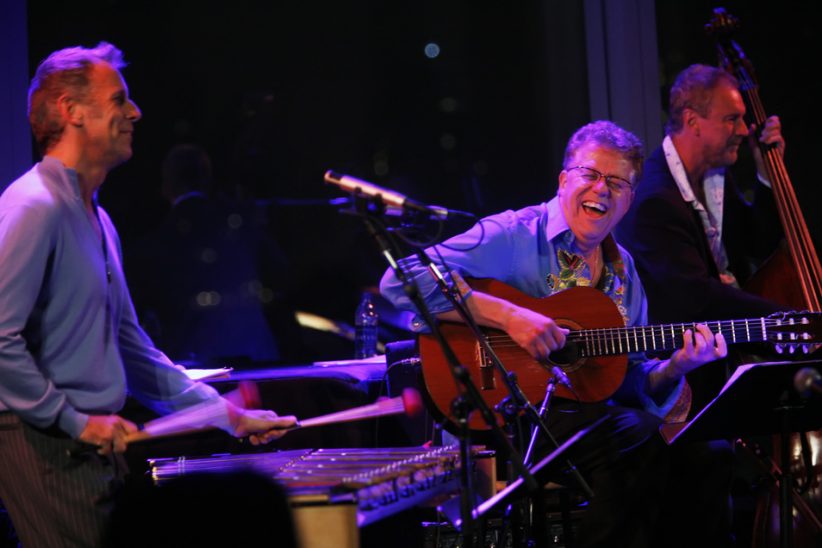 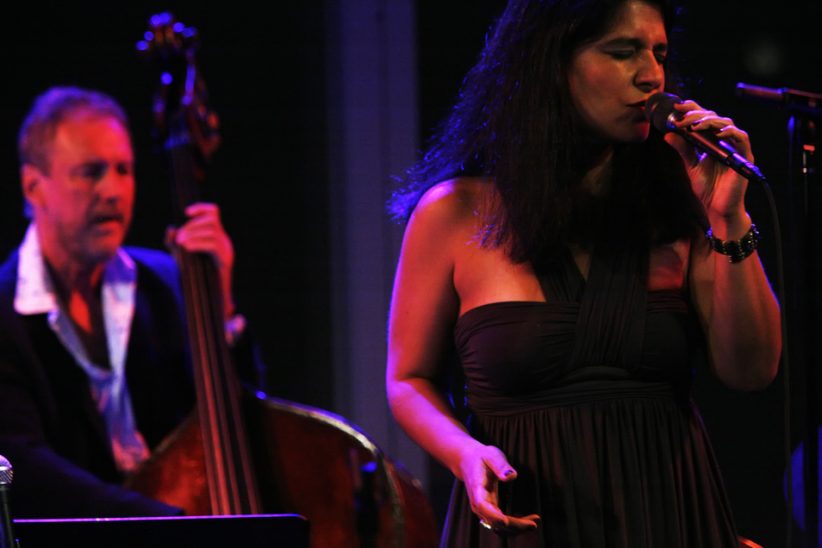 Vibraphonist extraordinaire Joe Locke has dipped his toes in Brazilian waters before, and he’s done it with Trio da Paz, the native combo featuring Duduka Da Fonseca on percussion, Nilson Matta on bass and the ebullient acoustic guitarist Romero Lubambo. They’ve hooked up at Dizzy’s Club Coca-Cola in August for three straight years, and they’ve traveled together. Their one joint recording, Live at JazzBaltica (MaxJazz), was recorded at the German festival in 2007.

On that album’s two Jobim tunes, Locke is conspicuously absent. Nor will you find Locke dipping into Jobim on any of his own CDs to date. But he’s surely ready to record Jobim now. During opening night of a six-night engagement at Dizzy’s, billed as “Music of Antonio Carlos Jobim & Stan Getz,” Locke jumped into Jobim’s familiar “Wave” with both feet-and a blur of four mallets-sending up a spray of dazzling music that could send timid musicians scurrying for the shore. That was mere prelude to the cyclonic intensity Locke loosed upon Milton Nascimento’s “Vera Cruz.” Lubambo had no immediate retort-had he attempted one, it might have capsized under the wave of applause that surged in Locke’s wake-but he built to a powerful rejoinder in less time than I anticipated.

Playing with a gilded tone, guest tenor saxophonist Harry Allen was clearly the Getz factor in the combo. Indeed, hearing Allen’s gossamer tenor on “Wave” served as reminder that vibraphonist Gary Burton, surely one of Locke’s seminal inspirations, was part of Getz’s distinctive bossa-nova sound in his Getz au Go Go days. Although Getz does not appear to have recorded “Vera Cruz,” Allen vividly evoked the master with a Getz-like honk at the top of his solo. That same smooth tenor sound cropped up later when Allen took the spotlight for that lovely Sesame Street anthem by Joe Raposo, “Bein’ Green,” with a phrase or two on loan from Ben Webster and perhaps a sprinkling of Paul Horn, an alto player who was beguiled by Jobim in his early days.

With two CD titles of her own paying tribute to Jobim-and plenty of concert and recording history with Da Paz-Maucha Adnet was the predictable choice for layering on a vocal dimension at Dizzy’s. Locke escorted her onstage, where Lubambo introduced her for a Jobim trifecta that included “Caminhos Cruzados,” “A Felicidade,” and “Agua de Beber.” Adnet has the purity of sound that we associate with Brazilian vocalists without being wedded to the virginal blankness personified by Astrud Gilberto. Not only were Adnet’s sambas more personable, she even permitted herself some vocalese! The Getz/Gilberto memories were perhaps strongest in “Agua de Beber,” with Locke laying out after his magisterial work on “Felicidade.”

Allen and Adnet joined Locke in the dressing room as we finally had a taste of how Trio da Paz sounds on its own. “Baden,” Matta’s homage to Brazilian guitarist Baden Powell, began appropriately with a tender intro from the bassist. After Da Fonseca deftly shuffled in and Lubambo took over the lyrical lead, the composer returned to the forefront, doubling the time in another heartfelt bass solo. Lubambo kept the intensity there for his second solo, his best of the set, before the arrangement circled back to its bittersweet beginning.

From there the set built smartly to its climax. After Allen’s return for “Bein’ Green,” Locke rejoined the group for Lubambo’s ferocious “Bachião,” the longest track on the JazzBaltica album. The vibraphonist messed with some reverb effects announcing the line and then got down to serious business, wailing and flailing wildly. Da Fonseca, who had lurked in the background until now, seemed to be chomping at the bit as Matta soloed, but Locke and Lubambo went at it head-to-head before Fonseca added to the full-throated percussive barrage. The arrangement subsided briefly into a controlled cruise before massing for one last ensemble assault.

They followed that the only way they could, by bringing Adnet back for the iconic “Girl From Ipanema.” The songstress shuttled between Portuguese and English as the Gilbertos did back in 1963, tossing in some vocalese to bridge the gap and handing the tune over to Allen midway through the second chorus. The rest of the English came later when Adnet returned for an outchorus. Only in the last eight bars did she revert to Portuguese. She didn’t stay there long, playing with that seductive farewell in all three of her languages-Portuguese, English and a longing vocalese. Adnet warmed up the Brazilian beach, but it was Locke in his solo that made it blaze between her vocals, reaffirming that he is ready to stamp Jobim into his discography.

The souped-up versions of “Wave” and “Ipanema” that I heard at Dizzy’s would be great places to start. No further rehearsals required.

At SeixalJazz, across the graceful April 25th suspension bridge from Portugal’s capital city of Lisbon, the festival must go on. The last couple of pandemic … END_OF_DOCUMENT_TOKEN_TO_BE_REPLACED

Three jam-packed, sold-out, and high-spirited days of great music marked the 36th Red Sea Jazz Festival, which returned to its home in the Israeli port … END_OF_DOCUMENT_TOKEN_TO_BE_REPLACED

It was the warmest October on record in Seattle. Usually, when the Earshot Jazz Festival comes to town, it provides an escape from the autumn … END_OF_DOCUMENT_TOKEN_TO_BE_REPLACED

It was bracing to stroll into a brand-new creation for a story about destruction. Sixty years after its opening and 45 years after its last … END_OF_DOCUMENT_TOKEN_TO_BE_REPLACED