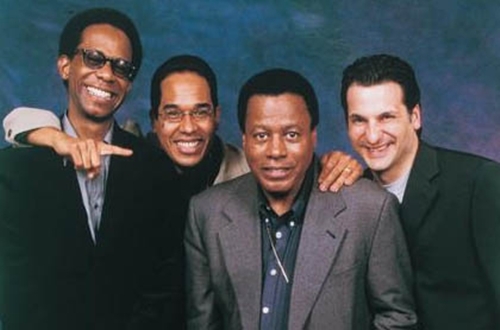 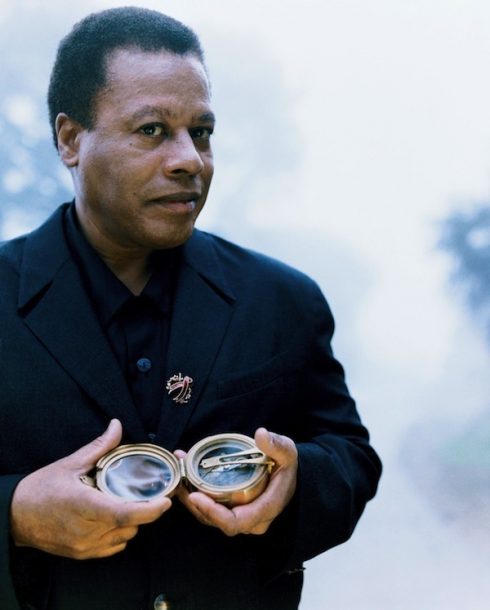 Jazz and classical music would seem in theory to be oil and water-one is at its core an improvisatory art form that encourages individual expression; the other characteristically asks its participants to follow cues and reproduce written notation precisely. Nonetheless, jazz musicians have sought, for decades-to varying degrees of success-to find commonalities with their classical peers (and vice versa), and the pairing of the Wayne Shorter Quartet with the Orpheus Chamber Orchestra promised at the very least to be intriguing for all the right reasons.

Orpheus, currently celebrating its 40 anniversary, is an unusually democratic classical ensemble, eschewing the use of a conductor and instead selecting a revolving core of musicians from within its ranks to lead each particular piece. During the first half of the program, the orchestra, on its own, demonstrated via performances of Beethoven’s “Overture to the Creatures of Prometheus” and Charles Ives’ “Symphony No. 3: The Camp Meeting” both the singularity one expects of symphonic music and a free-spiritedness that was exciting to watch.

Following intermission the orchestra returned, joined by Shorter (soprano saxophone), Danilo Pérez (piano), John Patitucci (bass) and Brian Blade (drums), and launched directly into “Pegasus,” one of four Shorter compositions the collective would take on. “Pegasus” is the showpiece of Shorter’s new Without a Net album on Blue Note, where the 23-minute juggernaut-recorded in a studio version with the five-piece chamber group Imani Winds-brings out the most progressive tendencies of Shorter and his group. At Carnegie the piece built tentatively, Blade muting his snare with a cloth, Shorter mostly sitting on a stool observing, Pérez and Patitucci providing accents but largely leaving it to the brash Orpheus players to create the drama and carry the melody. When Shorter finally put his horn to his mouth to serve as something more than another ensemble member, his single-note bursts startled in their intensity. But just as suddenly he retreated again, staying within the boundaries even as Pérez, Patitucci and especially Blade fell into an increasingly simpatico groove with the orchestra. (“The Brian Blade Orchestra,” this reviewer jotted down in his notebook at one point. Full disclosure: The writer pens program notes on a regular basis for jazz concerts at Carnegie Hall but was uninvolved with this one.)

In “The Three Marias,” the second piece, Pérez took an early solo and Shorter soon followed, playing economically but pointedly. As the quartet reached a fiery crescendo, all of Orpheus simply sat rapt and watched, some tapping and nodding along; in its own way, the Wayne Shorter Quartet was creating its own mini-symphony. When the full complement of musicians picked it up again and took it to a quick, crashing finale, it seemed as if one huge held breath was emitted both onstage and in the seats.

The third piece was “Lotus,” the world premiere of a Shorter composition. The most fully symphonic work of the set, it found Pérez initially tying in a Latin twist, Blade and Patitucci in seamless sync with the larger body. Shorter, his back turned to Pérez, with sheet music and orchestra in front of him, waited for the right moment. When he found it, his solo-the most “out” of the night-had an electrifying effect, turning the relatively sedate composition inside out and egging on his bandmates to fully, unambiguously demonstrate what they do best when they’re not mixing it up with oboes, violins and cellos.

“Prometheus Unbound,” the closing number, was pastoral initially, sweeping in its breadth and polite in its demeanor. As it escalated, it became cerebral and conversational, Pérez and Shorter carrying on as if no one else was in the room, trading rhythmic accents and toying with melody, then not bothering with melody at all. Patitucci and Blade-the latter even more remarkably musical than usual this evening in this large-band setting-were all too happy to play the same game, but then, suddenly, remembered they were not alone. Nearly theatrically demonstrative, deep but playful, the entire ensemble brought it home with grace and élan.

That the Wayne Shorter Quartet so willingly took up the challenge of channeling its creative impulses into a format that does not, by nature, allow for as much freedom as they are accustomed to, was laudable. When required they became an appendage, and when let loose they became the Wayne Shorter Quartet. But for all of the sizzle generated by the jazzmen, Orpheus-conductor-less but not rudderless-must too be commended for its good-natured and skilled way with music that is not a chamber orchestra’s forte. As far as experiments go, this one can be added to the list of successful jazz-classical fusions. As a listening experience, it was more than satisfying and frequently dazzling. And for those who couldn’t make it to Carnegie Hall, the Wayne Shorter Quartet and the Orpheus Chamber Orchestra plan to record the music they performed for an upcoming album release.

Among the many physical, spiritual, and institutional losses related to the still-ongoing pandemic is that of Los Angeles’ renowned Playboy Jazz Festival (PJF) at the … END_OF_DOCUMENT_TOKEN_TO_BE_REPLACED

It’s difficult to imagine what the stage and the audience would have looked like at Gaillard Center in Charleston, South Carolina, if Rhiannon Giddens’ new … END_OF_DOCUMENT_TOKEN_TO_BE_REPLACED

“It’s time to imagine a place where we can come together,” Danilo Pérez said from the hallowed stage of Washington, D.C.’s historic Sixth & I … END_OF_DOCUMENT_TOKEN_TO_BE_REPLACED

At the Zeiders American Dream Theater in Virginia Beach, Va., between April 8 and 10, the Vocal Jazz Summit convened in person for the first … END_OF_DOCUMENT_TOKEN_TO_BE_REPLACED