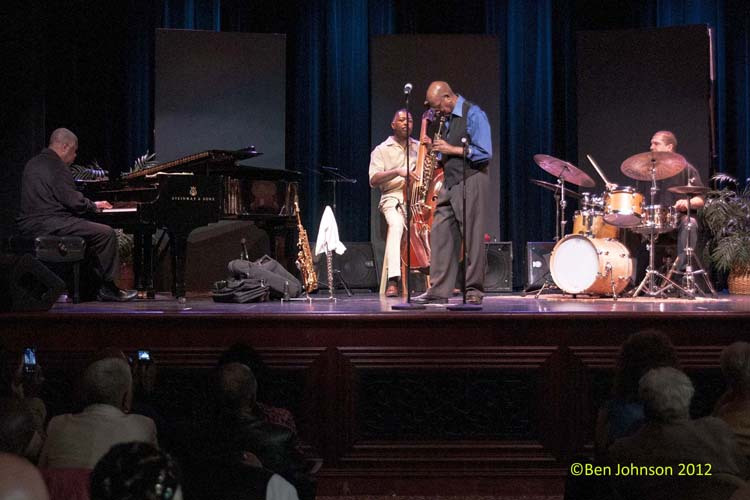 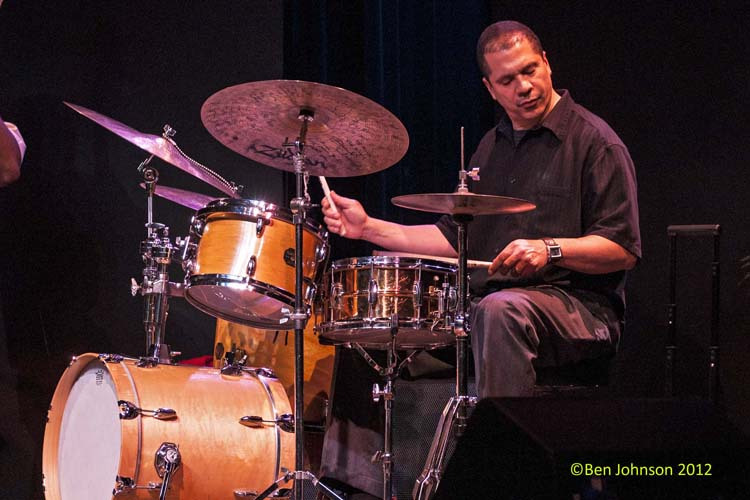 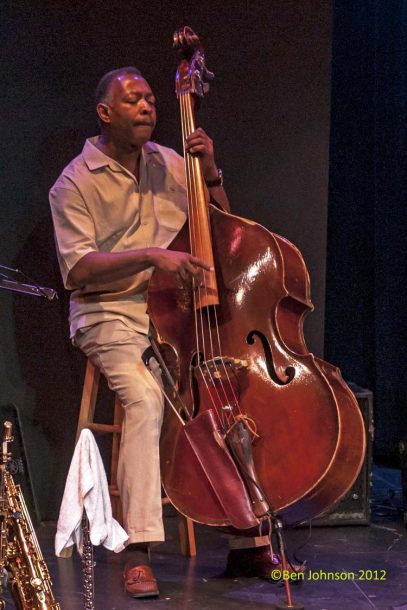 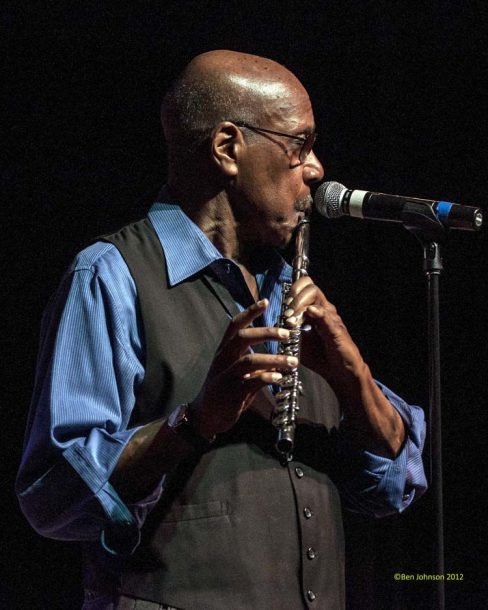 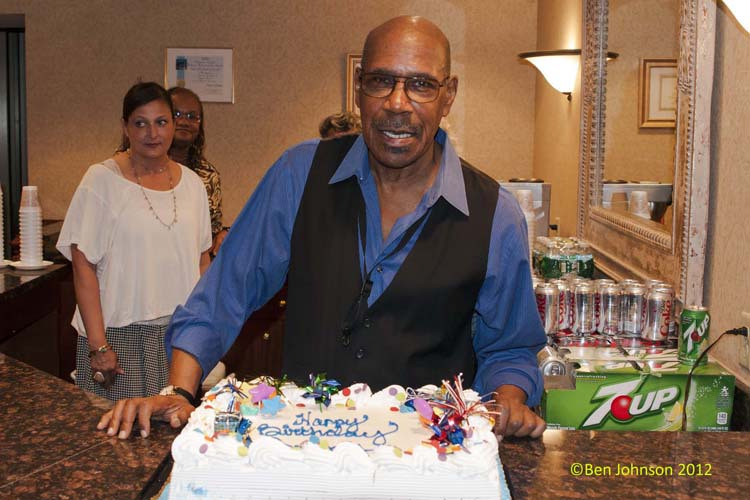 Saturday, May 19, 2012, Saxophonist-flutist-composer and Philadelphia native Sonny Fortune brought his quartet to Dante Hall Theater of the Arts on his 73rd birthday, and a rare Atlantic City appearance. This performance was presented by the Chicken Bone Beach Historical Foundation and Richard Stockton College of New Jersey.

Joining Sonny were jazz greats Michael Cochrane on piano, Lee Smith on bass and Steve Johns on drums. The Quartet performed a number of jazz standards, as well as some new material from his most recent release “Last Night at Sweet Rhythm”.

The set started out with a Wayne Shorter original “Footprints” with Sonny on soprano saxophone delivering up the exotic sound that can only be drawn out from his instrument.

Next in the set came, “Little Sunflower” written by the late jazz legend Freddie Hubbard. The piano accompaniment of Michael Cochrane, the bass lines of Lee Smith, and the energetic drumming of Steve Johns gently supported the unique and sophisticated Afro-Cuban rhythms associated with the piece.

On the third song of the set, Duke Ellington’s “In a Sentimental Mood”, Sonny started out with a slow flute improvisation that cleverly maneuvered around the song’s identity, which then became familiar to the audience when he entered into the memorable melody. He once again explored the sounds of his instrument with various breathing techniques that accentuated each note.

The audience listened attentively and was engaged in the set with numerous rounds of applause. As if Sonny sensed the audience’s excitement with “In a Sentimental Mood”, he followed with another Ellington orchestra classic, “Caravan”. This song was played up-tempo, featuring Steve Johns in a versatile display of crashing cymbals, rolling tom-toms and punctuated bass drum beats. Sonny, on alto sax, displayed his smooth techniques and improvisation.

During a brief intermission, the audience joined Sonny for birthday cake in celebration of his 73rd birthday. The appreciative audience met with Mr. Fortune to purchase his CDs and get his autograph.

The quartet started the second set with tune “Delilah,” the theme for the movie “Samson and Delilah,” found on his CD “Continuum.”

The finale was a breathtaking display of virtuosity and endurance. The quartet took on the Coltrane classic “Impressions”. Cochrane went off on an extended piano solo. Smith and Johns lent their rhythmic support to maintain the pace. Then Sonny soloed on his alto saxophone with what seemed like inexhaustible riffs, in passionate Coltrane tradition. The audience appeared mesmerized as if the spirit of John Coltrane was channeling through Sonny’s alto saxophone.

If anyone thinks that Sonny Fortune is simmering in the background after turning age 73, let them know that he is still cooking on all four burners with flames blazing!

The Chicken Bone Beach Historical Foundation’s Summer Jazz Series dates back to 2000 and has presented performances by internationally recognized Jazz artists, and promoted local and regional upcoming musicians. Hosted in Kennedy Plaza on Atlantic City’s famed boardwalk, concerts are held weekly in an open-air setting. The website is www.chickenbonebeach.org.

Among the many physical, spiritual, and institutional losses related to the still-ongoing pandemic is that of Los Angeles’ renowned Playboy Jazz Festival (PJF) at the … END_OF_DOCUMENT_TOKEN_TO_BE_REPLACED

It’s difficult to imagine what the stage and the audience would have looked like at Gaillard Center in Charleston, South Carolina, if Rhiannon Giddens’ new … END_OF_DOCUMENT_TOKEN_TO_BE_REPLACED

“It’s time to imagine a place where we can come together,” Danilo Pérez said from the hallowed stage of Washington, D.C.’s historic Sixth & I … END_OF_DOCUMENT_TOKEN_TO_BE_REPLACED

At the Zeiders American Dream Theater in Virginia Beach, Va., between April 8 and 10, the Vocal Jazz Summit convened in person for the first … END_OF_DOCUMENT_TOKEN_TO_BE_REPLACED