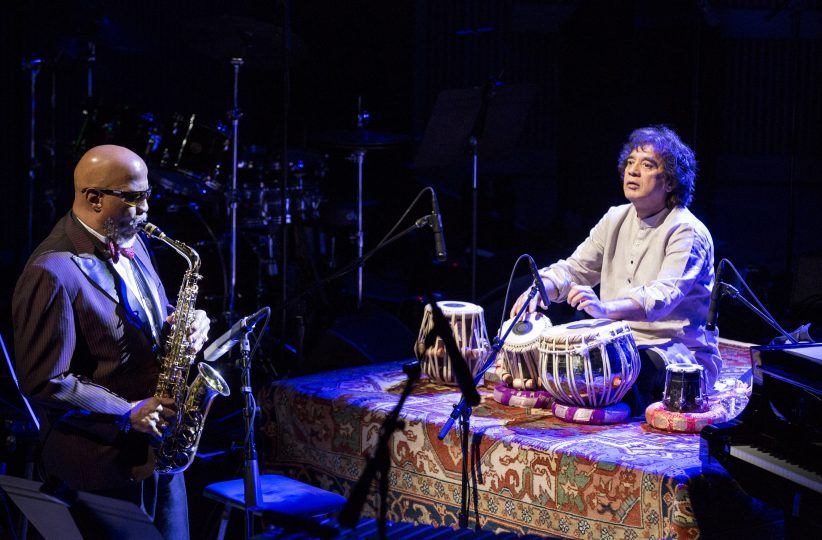 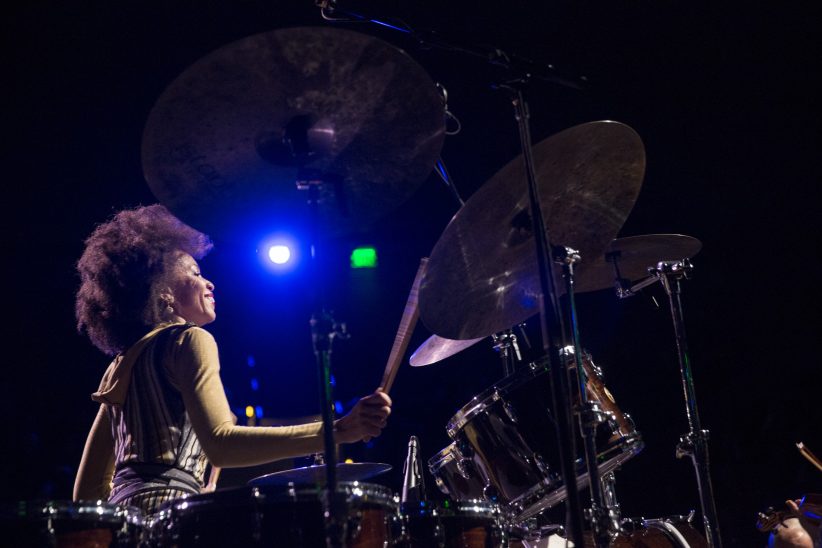 It’s easy to be dazzled by the SFJAZZ Center. Between the facility’s eye-popping $64-million price, consummate sound quality and exceptional sightlines, graceful design and voluminous quality programming, SFJAZZ seems to have done just about everything right in creating a state-of-the-art venue for jazz. But what makes the Center such a nonpareil accomplishment is that the building has allowed the organization’s musical relationships to flourish like never before. Over a five-night run, starting with Jan. 18’s gala honoring tabla maestro Zakir Hussain with an SFJAZZ Lifetime Achievement Award, the organization produced a series of consistently thrilling concerts to celebrate the Bay Area-based jazz giants who helped SFJAZZ gain credibility as a presenter: Tony Williams, Joe Henderson, Bobby Hutcherson and John Handy.

From its 1983 birth as an itinerant concert series called Jazz in the City, SFJAZZ took a broad and deep view of the jazz tradition, which is why the honor for Hussain, a world-music pioneer and intrepid sonic explorer, was entirely in keeping with SFJAZZ’s history. Hussain credits his 1990 duo encounter with Joe Henderson at an SFJAZZ-produced concert with opening the door to jazz collaborations. (His earlier work alongside Handy and then John McLaughlin in Shakti were more akin to classical Indian recitals than jazz gigs.) Highlighting Hussain’s jazz connections while also serving as a tantalizing preview of coming attractions, the gala proceeded as a series of rarified encounters.

Throughout the five nights SFJAZZ Collective personnel served as the core ensemble, particularly Matt Penman and Ed Simon, who demonstrated exceptional range and versatility as the only bassist and pianist, respectively, in the cast.

With SFJAZZ founder and artistic director Randall Kline serving as a genial emcee, the gala kicked off with Penman laying down a slinky ostinato as Hussain, Harland, Santos and Obed Calvaire layered spacious percussion; Sánchez then descended the stairs at the back of the theater, playing the prayerful benediction “Canto” (the saxophonist’s latest Collective commission). The Collective played Zenón’s stunning arrangement of “Nardis,” which brings a dance-inducing Balkan groove to Miles Davis’s dreamy Iberian idyll.

Harris led a gorgeous rendition of Hutcherson’s “Little B’s Poem” that included Penman, Zenón and Frisell, which prompted me to write in my notes, “Frisell playing BH ballad=heaven.” With one remarkable performance following another, the concert achieved maximum sublimity as Lovano, Harland and Frisell played a medley of Paul Motian’s “Dance” and “It Should Have Happened a Long Time Ago,” with Harland bringing his particular blend of textural subtly and churning polyrhythmic propulsion to the trio.

A highlight of the Jan. 19 Tony Williams tribute featured Cindy Blackman Santana, the concert’s music director, playing the honoree’s SFJAZZ-commissioned “Rituals,” which Williams premiered in 1990 with Herbie Hancock and Kronos Quartet. With Ed Simon taking over the piano chair, the preeminent new-music string quartet was on hand again for a brilliant, emotionally labile performance of the suite. Just as jaw-dropping was a 30-minute sojourn into prime Lifetime, with Blackman Santana, keyboardist David K. Mathews on Hammond B-3, electric bassist Dewayne Pate and Bill Frisell(!) hitting every mark as they careened through the intricate tunes. The only thing missing from the evening was a piece from one of Williams’ mid-’60s Blue Note albums Life Time or Spring.

Redman served as music director for the Jan. 20 tribute to Joe Henderson, and he kicked off the concert with a cubistic interpretation of “Lush Life.” Joined by Harland and Hussain, he brought out the mysterious beauty of “Power to the People,” one of several barely veiled but unobtrusive commentaries on events that unfolded earlier in the day in Washington D.C. A quartet rendition of Henderson’s “Black Narcissus” provided another revelation, with Hussain’s tablas cupping the melody as Frisell’s chiming notes doubled Harris’ ringing vibes. The concert concluded with the full Collective playing a sensational set of arrangements from the 2014 season (which focused on the saxophonist’s compositions), including Sánchez’s luscious arrangement of “Y Todavia la Quiero” (with Santos), Penman’s quietly dramatic “Afro-Centric” and Zenón’s bossa-meets-calculus version of “Recorda-Me.”

With the loss of Hutcherson so raw and recent, the Jan. 21 tribute offered another chance to mourn the passing of a beloved and treasured artist. Harris put a lot of heart into his MD duties, offering a sumptuous version of “I Loves You, Porgy” featuring Simon, Penman and Calvaire that evoked Hutcherson’s caressing balladry. Among the many highpoints was a lapidary percussion workout on the title track from Hutcherson’s 1985 album Color Schemes, with Hussain and Harland, Harris and Wolf on vibes, Calvaire on marimba and Simon on glockenspiel.

The series concluded on Jan. 22 via a celebration of Handy, 83. He is too often overlooked as one of the most significant and accomplished saxophonists still active, and the concert provided a deep dive into his underappreciated musical riches. As music director, Zenón made a compelling case for reevaluation, capturing the drama and circuitous narrative flow of extended Handy works like “Spanish Lady” and “I Will Leave You” featuring Wolf, Calvaire, Penman and Simon. Redman used his altissimo register for the anguished cry of Handy’s “Tears of Ole Miss” with Frisell, Penman and Calvaire, and the concert concluded with a Mingus interlude and horn-laden work out on Handy’s “Hard Work,” a minor R&B hit in 1976. Along the way, Mary Stallings delivered a magisterial version of “I’ve Got the World on a String” that included Harland, Harris, Penman and Blanchard. Sounding as soulful as ever, the San Francisco singer performed a piece or two every night, offering a tantalizing preview of her May run as an SFJAZZ resident artistic director.

It’s difficult to imagine what the stage and the audience would have looked like at Gaillard Center in Charleston, South Carolina, if Rhiannon Giddens’ new … END_OF_DOCUMENT_TOKEN_TO_BE_REPLACED

“It’s time to imagine a place where we can come together,” Danilo Pérez said from the hallowed stage of Washington, D.C.’s historic Sixth & I … END_OF_DOCUMENT_TOKEN_TO_BE_REPLACED

At the Zeiders American Dream Theater in Virginia Beach, Va., between April 8 and 10, the Vocal Jazz Summit convened in person for the first … END_OF_DOCUMENT_TOKEN_TO_BE_REPLACED

The Big Ears Festival returned to Knoxville in a big way in late March, drawing an estimated 30,000 music enthusiasts from across the U.S. and … END_OF_DOCUMENT_TOKEN_TO_BE_REPLACED