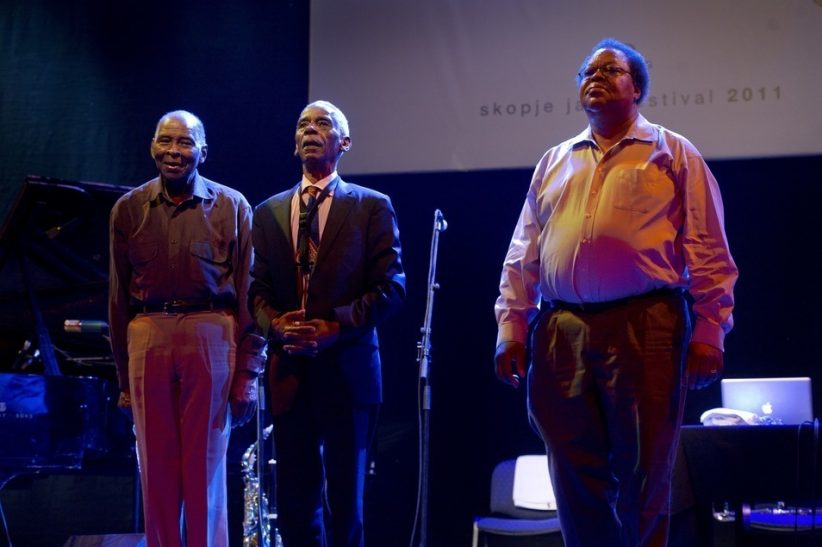 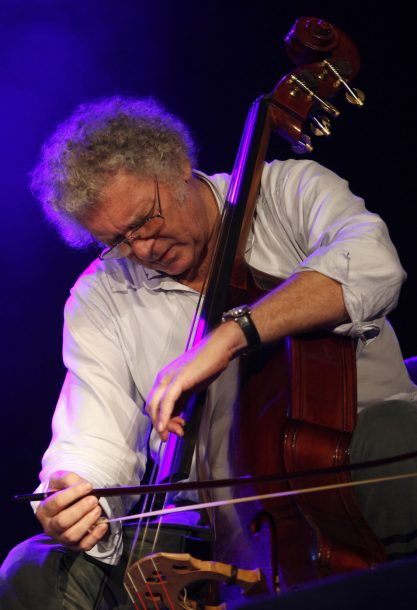 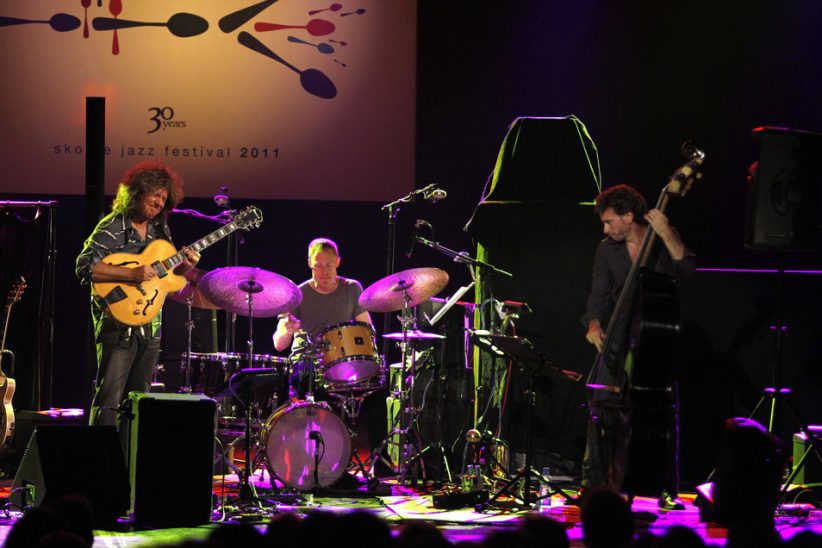 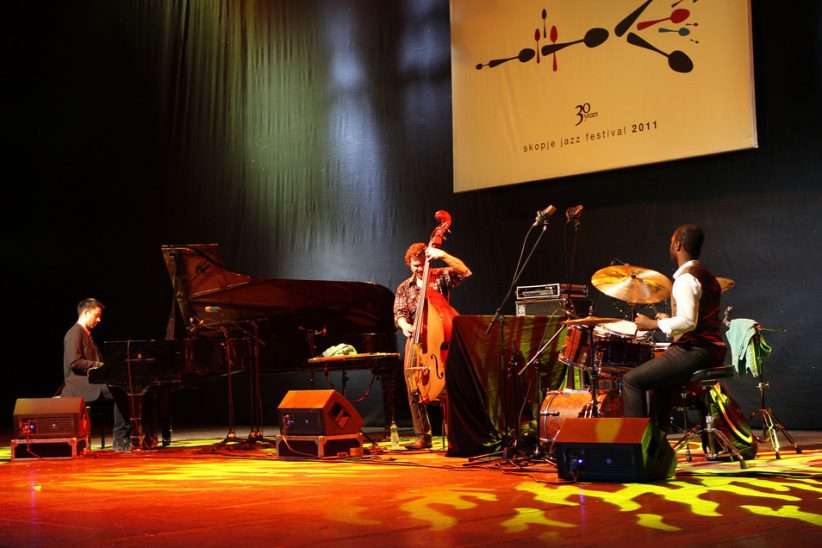 From the air, no place looks like the western Balkans. Flying in to Skopje, Macedonia from Zagreb, Croatia, you pass over Montenegro and Kosovo. The gray and black mountains below look like an alien planet. You cannot imagine that those sheer cliffs and dark valleys are inhabited. Then you notice the tiny silver squares along the rivers and clustered in the valleys, glinting in the sunshine. People live there.

Skopje, the capital of Macedonia, also has its own look. An earthquake destroyed most of the city in 1963, and it was rebuilt in gray Communist concrete. But the old stone bridge over the Vardar River, off the main town square, is pretty. The bridge takes you to Čaršija, the Old Bazaar, which was spared by the earthquake. Narrow cobbled streets twist among mosques, Orthodox churches, jewelry shops selling “gypsy gold,” and kebab joints.

For JazzTimes’ (and this writer’s) first time back to physical, face-front-to-the-stage live performance in more than a year, one thing was certain: It was spooky. … END_OF_DOCUMENT_TOKEN_TO_BE_REPLACED

On January 10, 2010, an earthquake measuring 7.0 on the Richter scale struck Haiti, destroying much of its capital city, Port-au-Prince. Ten years later, with two … END_OF_DOCUMENT_TOKEN_TO_BE_REPLACED

There’s no way to cover Winter Jazzfest in its entirety—11 days of performances, talks, and other events at 21 venues in two New York City … END_OF_DOCUMENT_TOKEN_TO_BE_REPLACED

The Polish city of Wrocław—population 640,000—doesn’t have a very robust jazz scene, but for 10 days this past November it was transformed into one of … END_OF_DOCUMENT_TOKEN_TO_BE_REPLACED