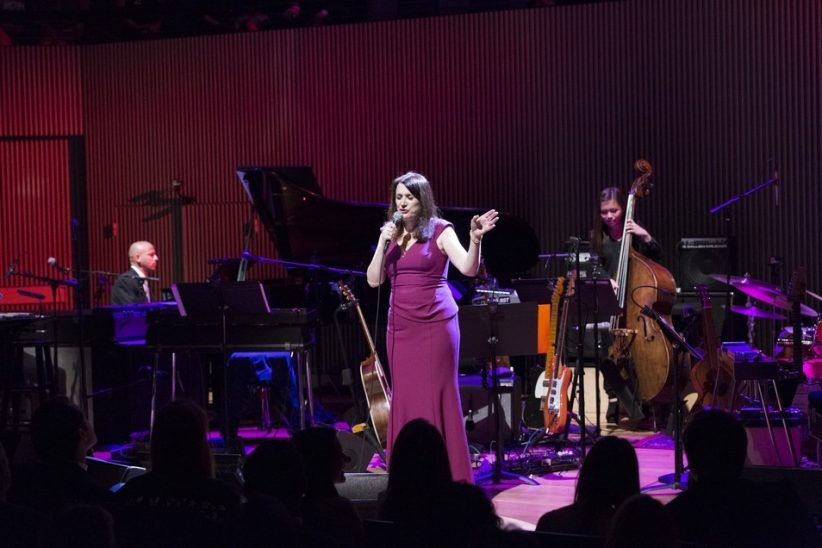 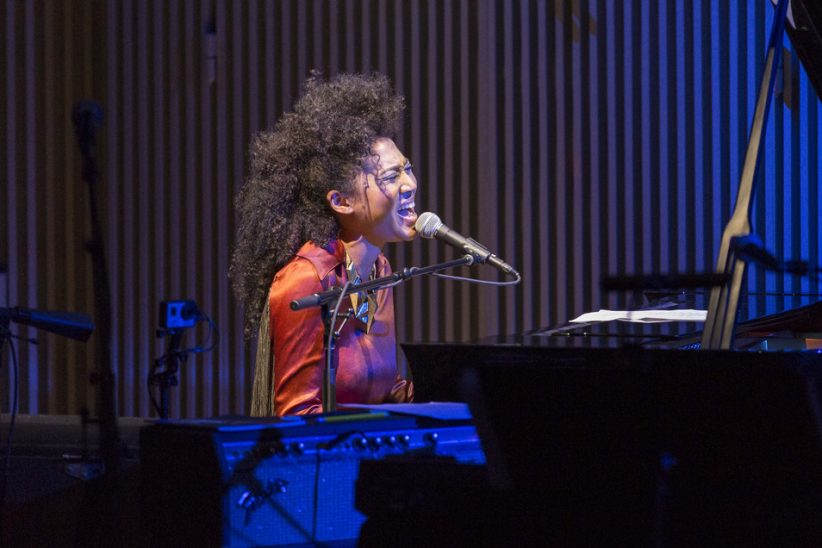 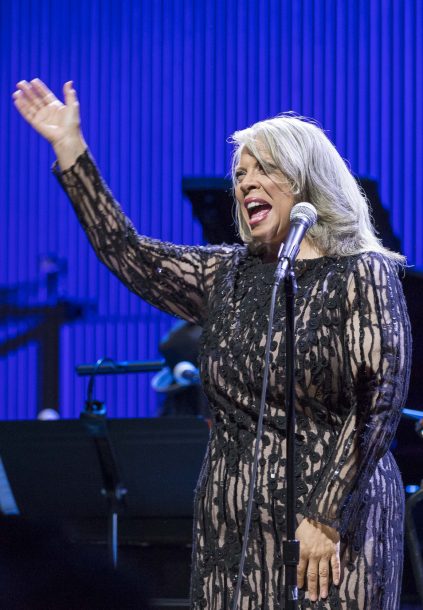 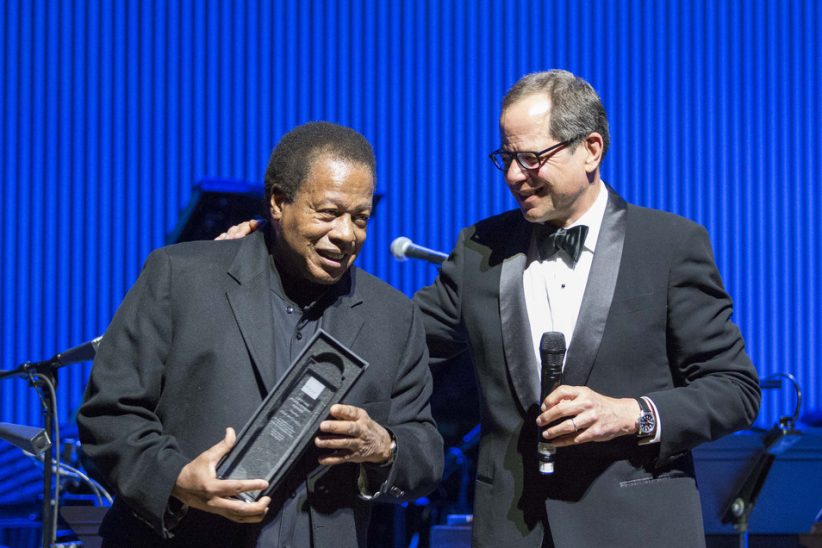 If SFJAZZ intended to make a definitive statement about Joni Mitchell’s deep and abiding ties to jazz by bestowing a lifetime achievement award on the ailing singer/songwriter, well, the organization missed the mark. But Friday night’s concert at the SFJAZZ Center, the centerpiece of the presenter’s annual gala fundraiser, made a far more profound and interesting case for the sheer protean nature of Mitchell’s genius.

Under the savvy musical direction of Brian Blade and Jon Cowherd, a dauntingly diverse array of musicians delivered a seamless two-hour production with nary a pause to set up or break down gear between songs. The stellar cast of instrumentalists and vocalists included no shortage of improvisational talent, but jazz wasn’t the focus or even the point of the proceedings, though Wayne Shorter was on hand to offer a brief and lovely tribute to Mitchell in accepting the award for her (while giving a tantalizing glimpse of a conversation with her and Milton Nascimento some years ago). What stood out most throughout the evening was how Mitchell’s music was served best by idiosyncrasy, as the most radically personal interpretations of her songs made the deepest impressions.

The folky Los Angeles singer/songwriter Kelly Jones opened and closed the concert, a canny move considering that her vocal range and inflection can get startlingly close to Mitchell’s (circa 1973). She kicked off the show with Cowherd’s reverent arrangement of “Court and Spark” powered by Greg Leisz’s pedal steel guitar, setting the stage with a tone of openhearted sensuousness that perfectly echoed Joel Bernstein’s photo of a gorgeous twentysomething Joni projected on a screen behind the bandstand. Miguel Zenón’s chamber jazz arrangement of “Both Sides Now” for the SFJAZZ Collective dialed down the famously soaring melody, preferring to hover in those Rorschach test clouds. Ethereal and spacious, the piece made an intriguing case for the Collective to devote a season to Mitchell’s music (the ensemble tackles Michael Jackson in the fall).

Accompanying himself at the piano, Joe Jackson put some New Orleans shuffle into a delightful take on “Big Yellow Taxi,” while soul belter Judith Hill took over the ivories and turned “River” into a gospel-powered reverie (later, her anguished version of “Blue” induced more chills). Bay Area jazz singer Laurie Antonioli, who released a consistently rewarding album of Mitchell’s music last year, Songs of Shadow Songs of Light (Origin), brought out the edge of self-recrimination and regret on “This Flight Tonight” over the jet-stream flow of Warren Wolf’s vibes.

Kurt Elling was at his best with the SFJAZZ Collective on Edward Simon’s cool, observational arrangement of “Edith and the Kingpin,” though it couldn’t rival the coiled intensity of Tina Turner’s neo-noir rendition on Herbie Hancock’s River: The Joni Letters (Verve). For pure musical experimentation, he delivered the most interesting moments of the concert with a dense thicket of percussion and horn on “The Jungle Line” and Brian Blade’s fierce, almost overpowering arrangement of “Black Crow.” But the concert’s most moving performance was also its simplest as Kris Kristofferson delivered “A Case of You” limned with whiskey-soaked regret. Forgoing Mitchell’s impossible high notes, the white-maned lion in winter almost recited the lyrics, offering a gently growling performance for the ages.

The concert closed with an all-hands-on-deck version of “Free Man in Paris” with Kelly Jones leading the way. If there was one point of neglect during the concert it was here, when someone should have encouraged the audience to join in. After all, Mitchell’s music belongs to all of us and as the concert had so vividly demonstrated these songs are strong enough to thrive in just about any context. SFJAZZ did open up the celebration in another respect, organizing a campaign under the hashtag #ThankYouJoni that collected video statements of love and appreciation from fans and musicians.

The 2022 Newport Jazz Festival’s three days of sunshine were bracketed, more or less, by a pair of all-star ensemble jams that included Christian McBride. … END_OF_DOCUMENT_TOKEN_TO_BE_REPLACED

In its first full edition since the onset of the pandemic, and with a new director of programming, the Festival International de Jazz de Montréal … END_OF_DOCUMENT_TOKEN_TO_BE_REPLACED

Among the many physical, spiritual, and institutional losses related to the still-ongoing pandemic is that of Los Angeles’ renowned Playboy Jazz Festival (PJF) at the … END_OF_DOCUMENT_TOKEN_TO_BE_REPLACED

It’s difficult to imagine what the stage and the audience would have looked like at Gaillard Center in Charleston, South Carolina, if Rhiannon Giddens’ new … END_OF_DOCUMENT_TOKEN_TO_BE_REPLACED