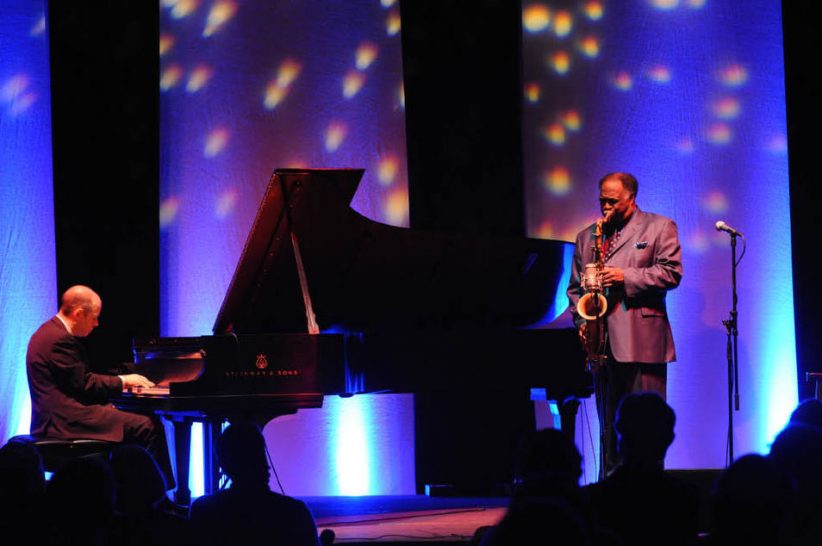 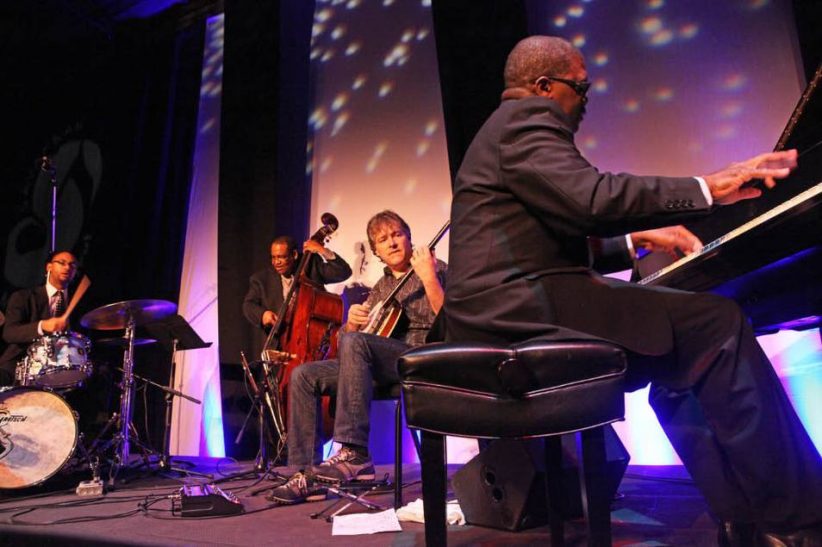 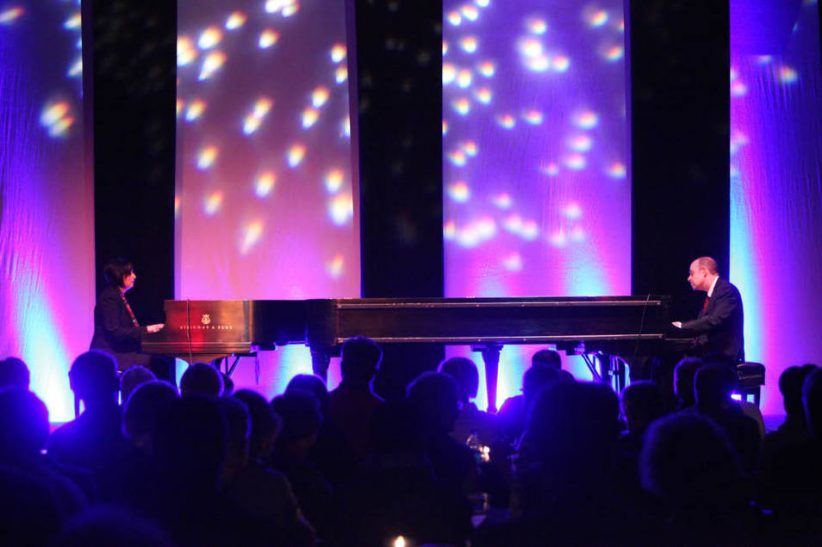 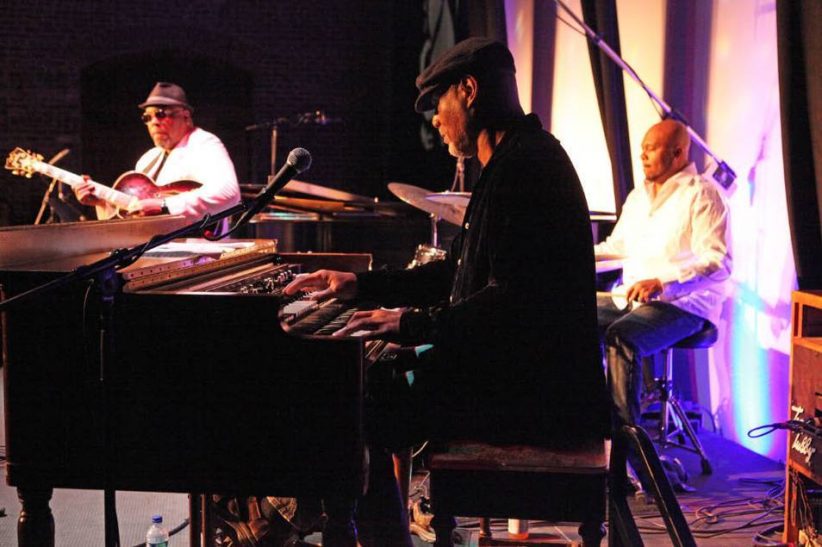 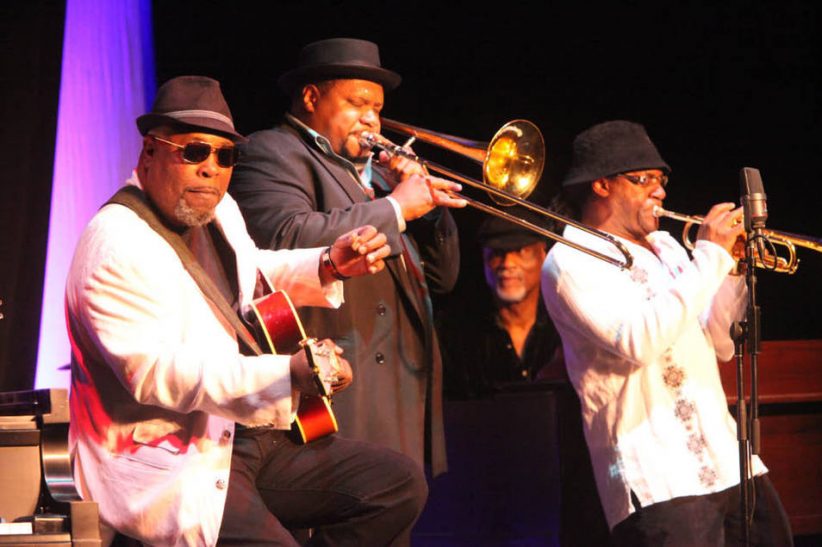 As grey as she looked during all five days of our 2011 visit, Savannah never lost her springtime allure, and as unseasonably cool as the temperatures turned after dark, the jazz and blues at Savannah Music Festival remained pretty darn hot. If you swooped into town for the first Monday of the 17-day celebration, noonday jazz concerts awaited you through Thursday at the clubby Charles H. Morris Center, with two or three sets those same evenings at the same place-by different mixes of artists. And if your horizons stretched into classical music, SMF beefed up their chamber music offerings with a string of 11am concerts at the cozy Unitarian Universalist Church, so the complete lineup included a three-part traversal of Beethoven’s violin sonatas and recitals by such notables as Daniel Hope, Christine Brewer, and Simone Dinnerstein.

Norwegian percussionist Hans-Christian Kjos Sørenson’s horizons certainly stretched that far, for he was scheduled to appear at a Music at 11 concert with sterling violinist Catherine Leonard right before his “Percussion Summit” meeting with Jason Marsalis and Joe Craven. But Sørenson bailed on Leonard in favor of the Noon 30 concert at the Morris. Perhaps everyone realized that, after he partnered with Leonard on Bright Sheng’s “Hot Peppers,” Sørenson might make it across town to the Morris easily enough but his marimba would pose a problem. Whatever the reason, it looked like Sørenson was having far more fun at the Marsalis-Craven gig than he would have had at the church.

This writer has always disliked first-person criticism. Readers don’t care about a writer’s subjective experience of art. The Leopolis Jazz Fest, however, has put me … END_OF_DOCUMENT_TOKEN_TO_BE_REPLACED

After a pandemic-induced hiatus that canceled last year’s 17-day event, Spoleto Festival USA was back in Charleston, South Carolina, for 2021—but not all the way. … END_OF_DOCUMENT_TOKEN_TO_BE_REPLACED

For JazzTimes’ (and this writer’s) first time back to physical, face-front-to-the-stage live performance in more than a year, one thing was certain: It was spooky. … END_OF_DOCUMENT_TOKEN_TO_BE_REPLACED

On January 10, 2010, an earthquake measuring 7.0 on the Richter scale struck Haiti, destroying much of its capital city, Port-au-Prince. Ten years later, with two … END_OF_DOCUMENT_TOKEN_TO_BE_REPLACED