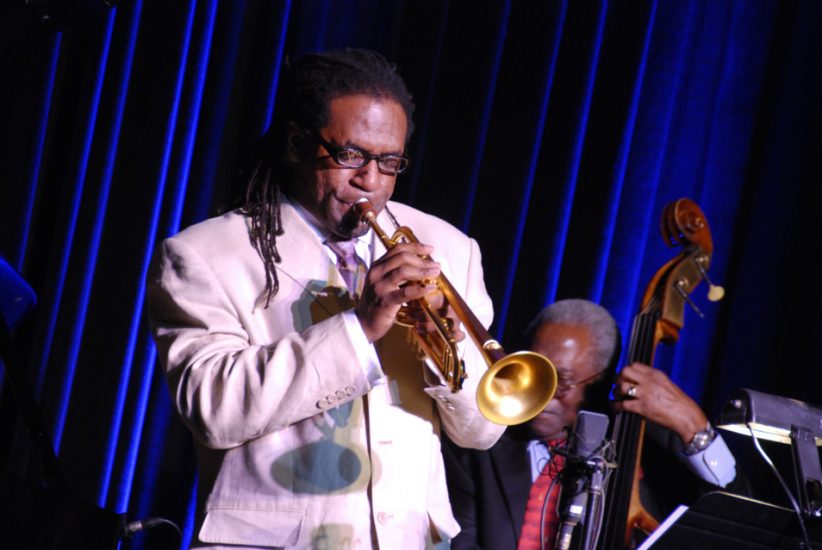 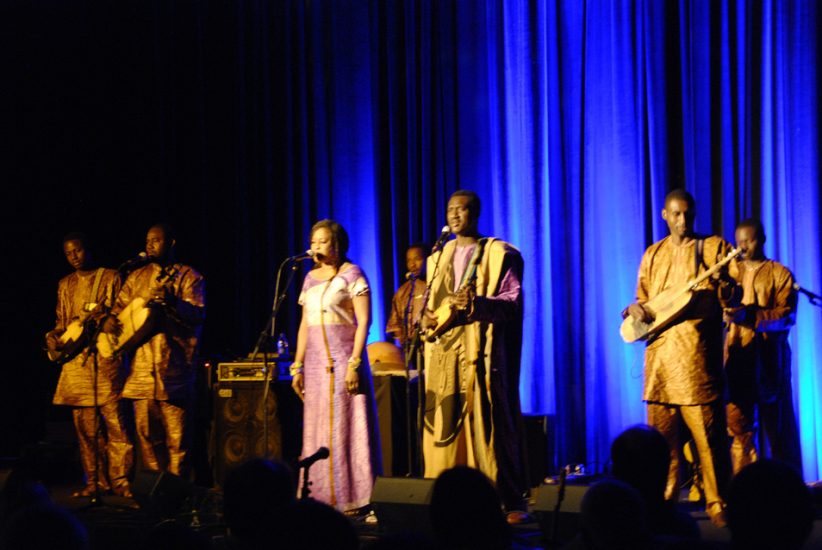 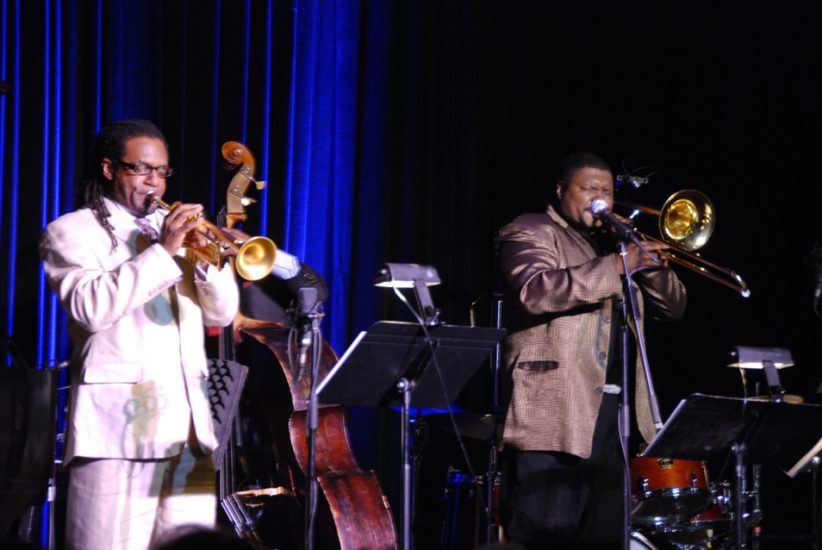 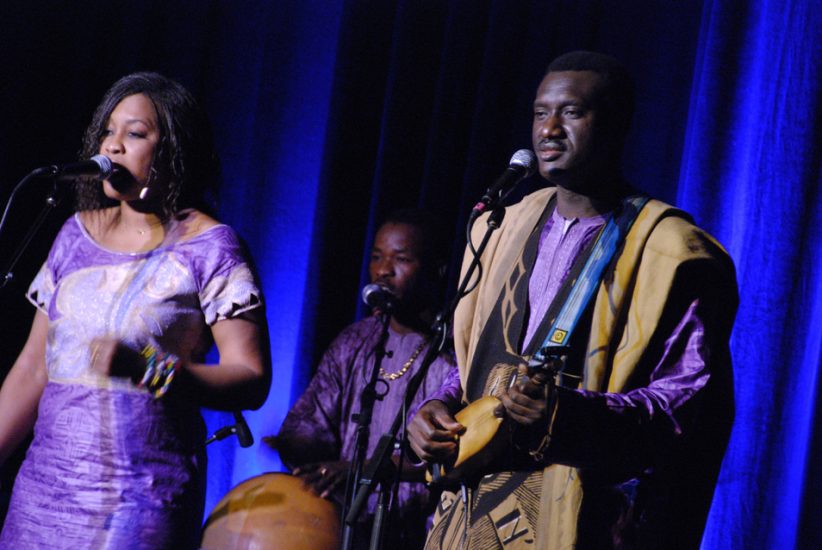 Amy Sacko and Bassekou Kouyate at the Savannah Music Festival

With its enviable variety of venues, the Savannah Music Festival can woo jazz patrons with an intimate club experience, wow them with an epic concert extravaganza, or even clear away some space and go ballroom. The city’s temperate climate allows this festival to steal a march on its Northern brethren – and open in March before the spring equinox. As early as the second week, SMF has ventured outdoors for a free midday concert. Perhaps chastened by the typhoons of 2009, the high school swing band competition was delayed until the third and final week of the festival. This year, the weather was sunny, flowery perfection.

The big jazz names that swoop down on the port city create a festival within the festival, especially this year, for jazz at SMF 2010 didn’t begin heating up until the second Sunday when Wynton Marsalis and the Jazz at Lincoln Center Orchestra took over the Johnny Mercer Theatre. Classical programming was every bit as star-studded, from the opening night with Lang Lang onwards, including such luminaries as Nicolle Cabell, Yefim Bronfman, Gautier Capuçon, Wu Han, and the Emerson String Quartet. Folk, blues, bluegrass, zydeco, and Americana were also in the mix, topped by Patty Loveless, Kathy Mattea, Cherryholmes, Wilco, Ruthie Foster, Derek Trucks, Susan Tedeschi, Curtis Blackwell, and the Del McCoury Band.

On January 10, 2010, an earthquake measuring 7.0 on the Richter scale struck Haiti, destroying much of its capital city, Port-au-Prince. Ten years later, with two … END_OF_DOCUMENT_TOKEN_TO_BE_REPLACED

There’s no way to cover Winter Jazzfest in its entirety—11 days of performances, talks, and other events at 21 venues in two New York City … END_OF_DOCUMENT_TOKEN_TO_BE_REPLACED

The Polish city of Wrocław—population 640,000—doesn’t have a very robust jazz scene, but for 10 days this past November it was transformed into one of … END_OF_DOCUMENT_TOKEN_TO_BE_REPLACED

Orvieto, in the dead center of the Italian peninsula, is a perfect oval hill town right out of central casting, perched majestically 1,000 feet above … END_OF_DOCUMENT_TOKEN_TO_BE_REPLACED