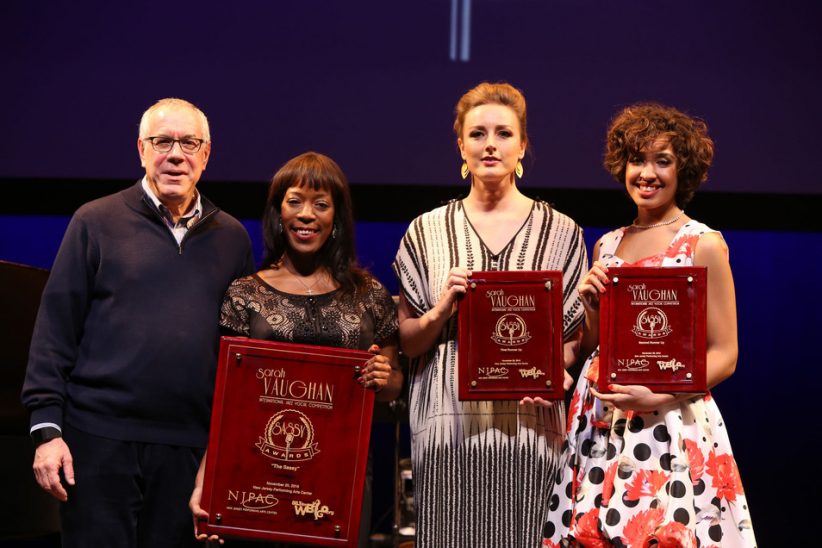 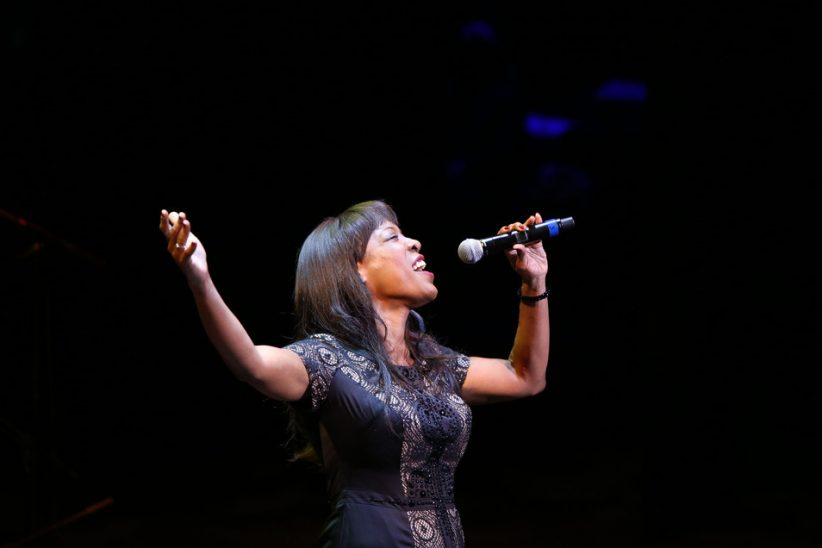 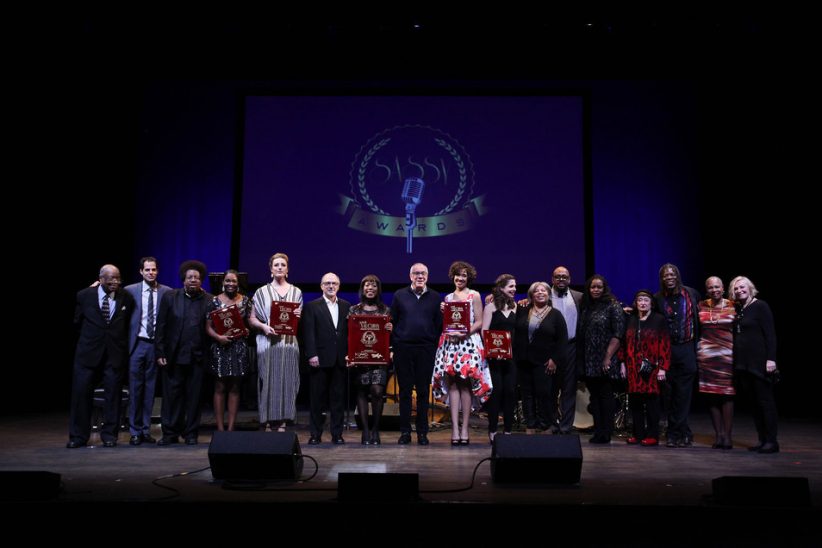 Singing jazz competently is an uncommon skill, a high bar that most aspirants will never reach. Becoming a worthy heir to Sarah Vaughan, however, is another thing entirely.

The kind of perfection that Vaughan personified-a combination of artistic refinement and authentic emotion, chops and musical sensitivity-comes along once or twice in a generation. So it’s not a critique of any of the contestants at the 2016 Sarah Vaughan International Jazz Vocal Competition for women-dubbed the “Sassy Awards,” after Vaughan’s nickname, and held on Sunday at the New Jersey Performing Arts Center in Newark-if most audience members’ socks stayed firmly in place. While all the singers trod a fairly conventional path through a program mostly consisting of jazz standards, the eventual winner, London chanteuse Deelee Dubé, displayed a beguiling soulfulness and a relaxed, solid sense of swing.

Even if none of them seem destined to stand the world of jazz singing on its ear, the five finalists in the contest-Dubé; Danish singer Sinne Eeg; Teira Lockhart Church, from Los Angeles; London-based Canadian transplant Lauren Bush; and Detroit native Lauren Scales-are all promising singers who brought plenty to the table. The competition just to get to the finals was intense. The group had been winnowed down from a talented field of 145 contestants from 23 countries during three preliminary rounds and a public online vote. Some notable singers didn’t make the finals, including Deborah Latz, Gabrielle Stravelli and Allegra Levy. Go figure.

The grand prize winner receives $5,000 and an offer of an exclusive deal with Concord Music Group. The 2014 winner, Ashleigh Smith, released her Concord debut album this year. The Sassy’s most spectacular discovery was undoubtedly Cyrille Aimée, who won the first competition in 2012 and has gone on to release two highly praised albums on Mack Avenue Records. The judges for this year’s fifth edition were bassist Christian McBride; legendary singers Dianne Reeves and Sheila Jordan; jazz journalist Mark Ruffin; and Sheila E. Anderson, host of WBGO Jazz Radio’s Weekend Jazz After Hours.

In part one of the awards show the five contestants each sang two songs, usually one up-tempo followed by a ballad. All of the contestants stayed safely within the bounds of jazz tradition, even when singing their own compositions. They were ably accompanied by a trio consisting of Sergio Salvatore (piano and musical director), Lisle Atkinson (bass) and Buddy Williams (drums).

In the lead-off spot, Church displayed confidence, a pleasing personality and all the technical skills necessary to put over her versions of “Bewitched, Bothered and Bewildered” and the more demanding “Lush Life.” In making a run at Strayhorn’s moody masterpiece she provided plenty of drama, but occasionally betrayed some tentativeness about the rhythm.

Bush (“Sweet Georgia Brown” and “My One and Only Love”) and Scales (“Autumn Leaves” performed in French, and an original ballad) both displayed sweet voices and considerable technique. On the other hand, both proved unable to resist the temptation to over-sing occasionally. Such attention-getting vocal tricks detract from what should be job one: leading the band rhythmically.

The warmest reception of the three-hour concert, hands down, was for Eeg’s two-song set. Eeg (her full name is pronounced “Sin-nuh Ee”) is already a bona fide star in Europe, racking up an impressive list of professional accomplishments, including four Danish Music Awards and the 2014 Prix du Jazz of the French Academie du Jazz. Her spirited rendition of the standard “Comes Love (Nothing Can Be Done)” injected a frisson of excitement into what had been, up to that point, a fairly staid recital. After counting off with absolute authority, she did two things better than anybody else: interpreted the lyrics, milking every bit of humor out of them; and executed an effortless-sounding scat solo with structure, shape and musical imagination, one that only a mature jazz artist could produce.

Dubé, the victor, may not have had the most precise note articulation or enunciation, but she made up for it with a warm tone, genuine blues feeling and a kind of easy rhythmic authority. She played it straight with a sincere “Darn That Dream,” sung as a ballad, as Jimmy Van Heusen intended, then followed up with “Cherokee,” taken at a surprisingly relaxed tempo. In fact, she didn’t sing anything fast. Her “finalist performance” in the program’s second half was Bruno Martino’s austere bossa nova masterpiece, “Estate.” It was her most mature, restrained and emotional performance of the day, and may have sealed the deal.

Judges and audiences don’t always agree, and the judges’ verdict seemed to surprise many in the audience. Second place went to Eeg, and third place to Scales. Yet it probably doesn’t matter very much who finishes first, second or third in contests like these. In 2010, the winners of the Thelonious Monk International Jazz Vocals Competition were, in order: Cécile McLorin Salvant, Charenée Wade and Cyrille Aimée. Today all three have thriving careers, and this year’s Sassy finalists all have that potential.

At SeixalJazz, across the graceful April 25th suspension bridge from Portugal’s capital city of Lisbon, the festival must go on. The last couple of pandemic … END_OF_DOCUMENT_TOKEN_TO_BE_REPLACED

Three jam-packed, sold-out, and high-spirited days of great music marked the 36th Red Sea Jazz Festival, which returned to its home in the Israeli port … END_OF_DOCUMENT_TOKEN_TO_BE_REPLACED

It was the warmest October on record in Seattle. Usually, when the Earshot Jazz Festival comes to town, it provides an escape from the autumn … END_OF_DOCUMENT_TOKEN_TO_BE_REPLACED

It was bracing to stroll into a brand-new creation for a story about destruction. Sixty years after its opening and 45 years after its last … END_OF_DOCUMENT_TOKEN_TO_BE_REPLACED