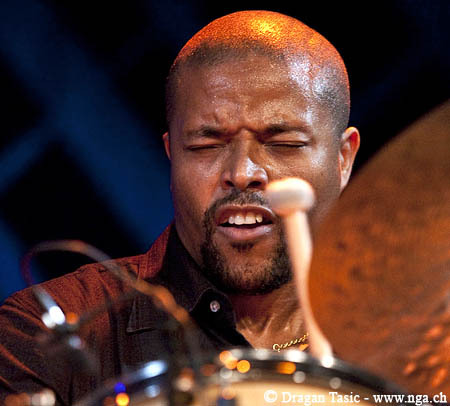 It’s true that the Vossa Jazz Festival-the early springtime kickoff to the hearty Norwegian jazz festival season-which celebrated its 40th anniversary in March, has settled into a groove, and has thankfully heeded forces of habit that have held it in good stead. But one could hardly say that things are complacent in the festival in this idyllic lakeside town in western Norway, two hours outside of Bergen. Surprises and reassuring musical verities are to be found here, year after year.

In Voss, the usual framework was in place this year, but with fresh fodder and ideas abuzz. As usual, we could expect an “extreme jazz” event, incorporating the great outdoors in a ski-recreation destination that also hosts an “extreme sports” festival in the summertime. This year, the venerable Norwegian band Jøkleba-with trumpeter Per Jørgensen, keyboardist Jon Balke (an “extreme jazz” veteran) and percussionist Audun Kleive-performed cool, open-ended post-Miles jazz high up in the snowy ski area above Voss, as parasailers trailed colored vapor trails overhead.

After a pandemic-induced hiatus that canceled last year’s 17-day event, Spoleto Festival USA was back in Charleston, South Carolina, for 2021—but not all the way. … END_OF_DOCUMENT_TOKEN_TO_BE_REPLACED

For JazzTimes’ (and this writer’s) first time back to physical, face-front-to-the-stage live performance in more than a year, one thing was certain: It was spooky. … END_OF_DOCUMENT_TOKEN_TO_BE_REPLACED

On January 10, 2010, an earthquake measuring 7.0 on the Richter scale struck Haiti, destroying much of its capital city, Port-au-Prince. Ten years later, with two … END_OF_DOCUMENT_TOKEN_TO_BE_REPLACED

There’s no way to cover Winter Jazzfest in its entirety—11 days of performances, talks, and other events at 21 venues in two New York City … END_OF_DOCUMENT_TOKEN_TO_BE_REPLACED