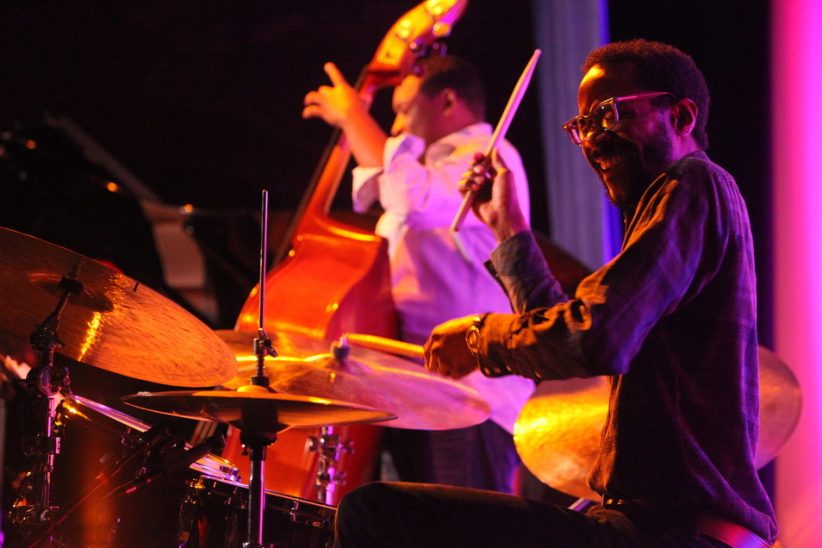 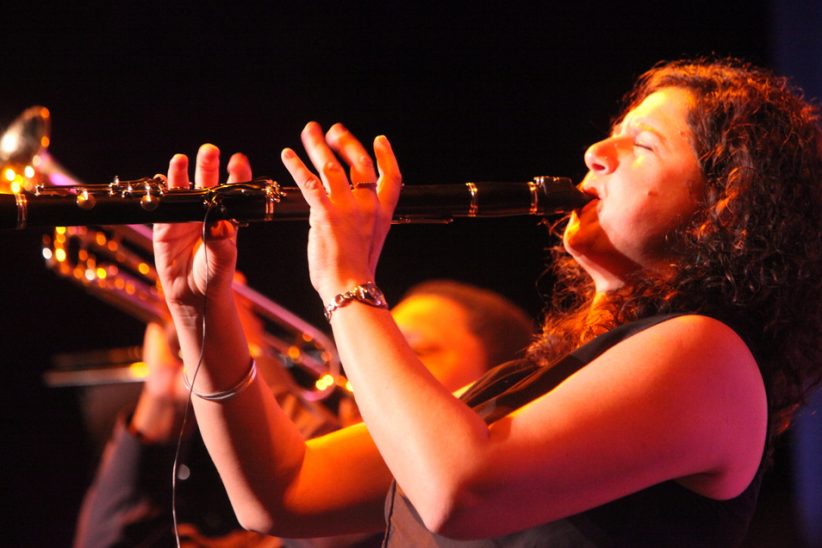 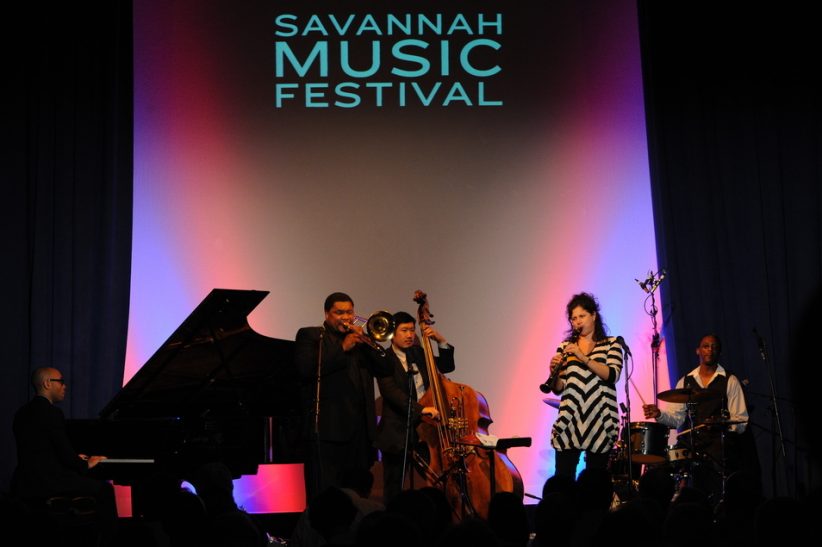 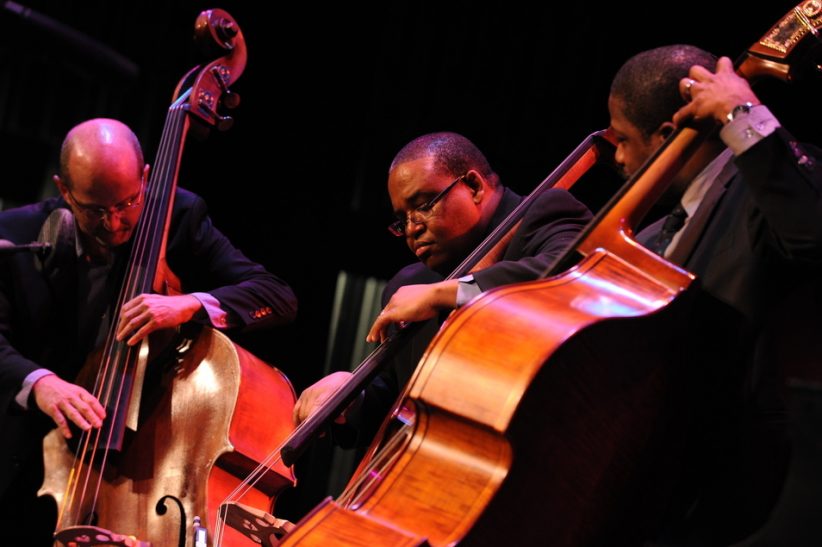 While Béla Fleck & the Original Flecktones, Pink Martini, Freddy Cole and the Joshua Redman/Brad Mehldau Duo were the headliners at the larger Savannah Music Festival venues, an all-star galaxy of performer/clinicians kept the annual Jazz Party humming on a more intimate scale, a festival-within-the-festival. Party central was the Charles H. Morris Center, where there were two jazz sets every evening from March 26 through March 29, with a minimum of four musicians on the bandstand each night. At the noon hour, there were three more concerts during that span featuring Cedar Walton, Kenny Barron and the Jeff Clayton Quartet.

Numerous notables didn’t perform at the Morris Center, surfacing only at the Lucas Theatre for cameo performances at “Swingin’ & Wailin’,” the Swing Central finale after the top three high school bands competing for first prize had been awarded their first, second and third place checks. Until then, these musicians had spent their working moments at SMF tutoring members of the 12 bands that had been invited from across the country-from Atlanta to Seattle-to compete in the finals. So in terms of solos for public consumption, it was one-and-done for guitarist Dave Stryker, trumpeter Jim Ketch, saxophonists Bill Kennedy and Jack Wilkins, and trombonists Paul McKee and Ron Westray.

On January 10, 2010, an earthquake measuring 7.0 on the Richter scale struck Haiti, destroying much of its capital city, Port-au-Prince. Ten years later, with two … END_OF_DOCUMENT_TOKEN_TO_BE_REPLACED

There’s no way to cover Winter Jazzfest in its entirety—11 days of performances, talks, and other events at 21 venues in two New York City … END_OF_DOCUMENT_TOKEN_TO_BE_REPLACED

The Polish city of Wrocław—population 640,000—doesn’t have a very robust jazz scene, but for 10 days this past November it was transformed into one of … END_OF_DOCUMENT_TOKEN_TO_BE_REPLACED

Orvieto, in the dead center of the Italian peninsula, is a perfect oval hill town right out of central casting, perched majestically 1,000 feet above … END_OF_DOCUMENT_TOKEN_TO_BE_REPLACED