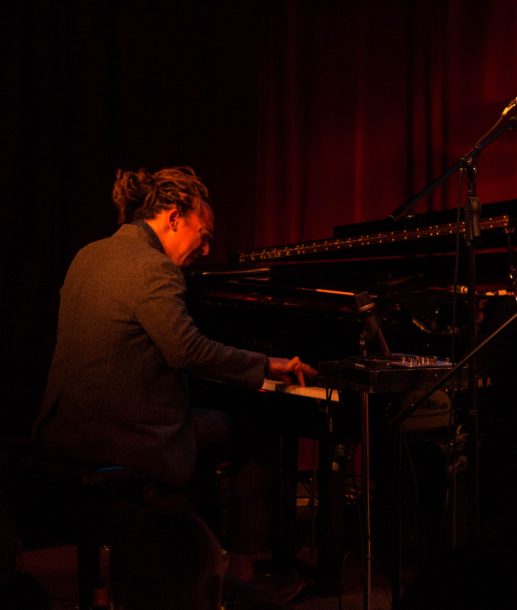 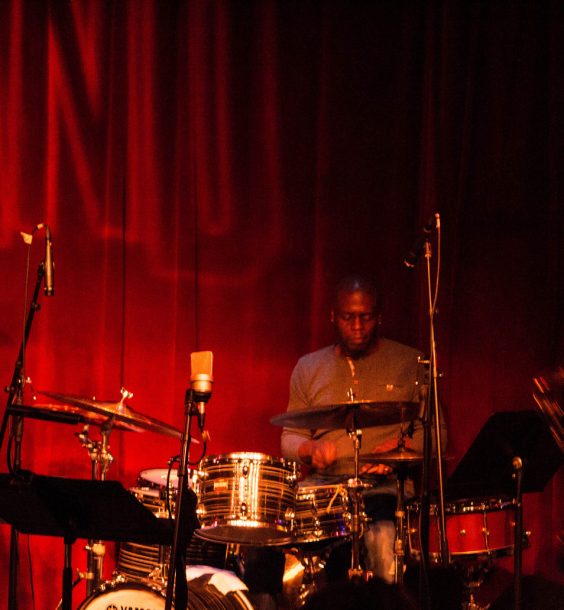 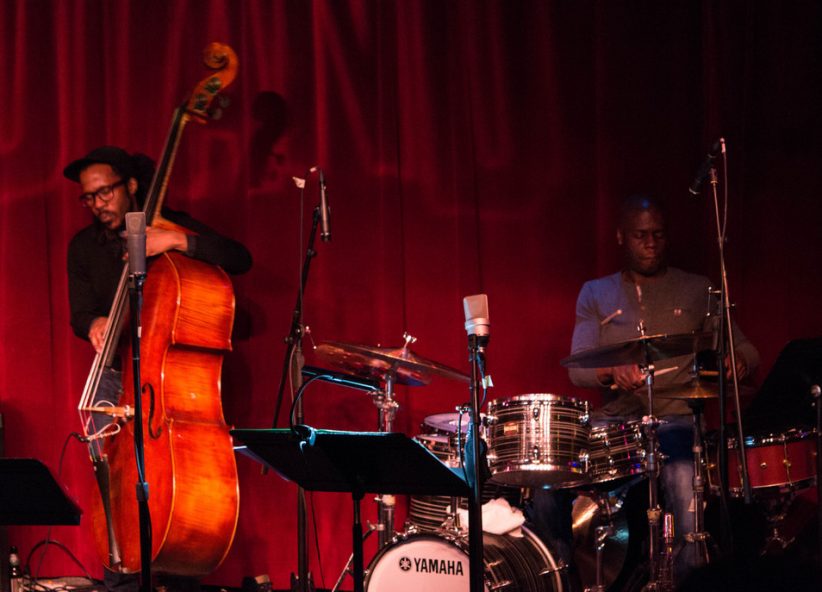 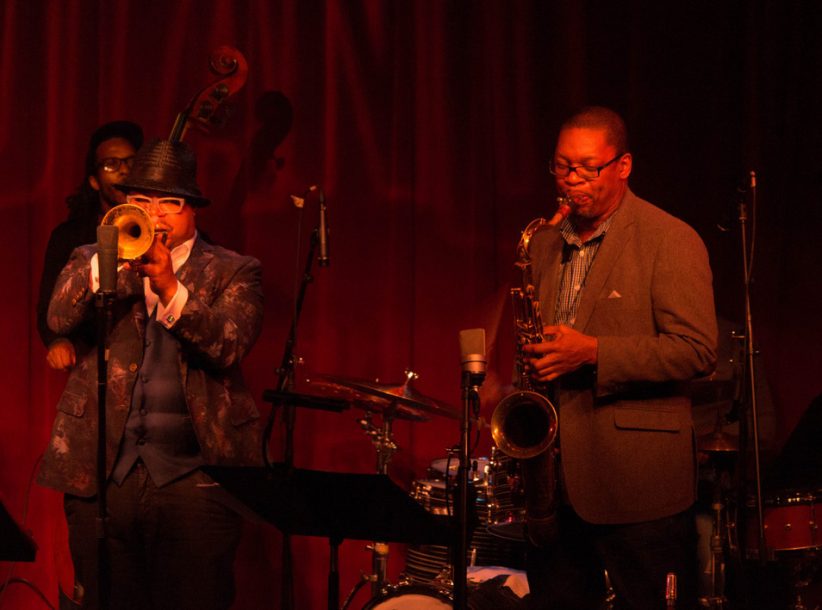 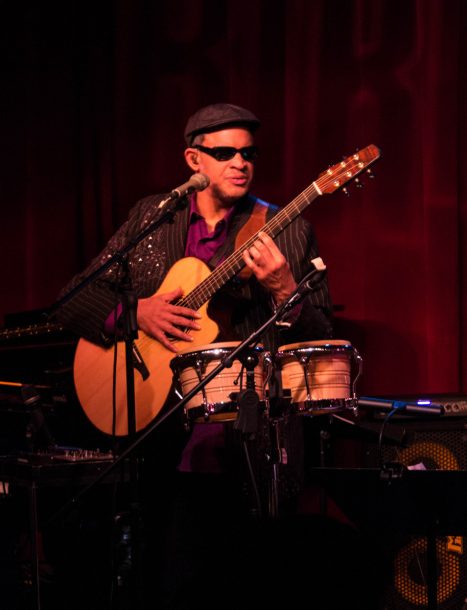 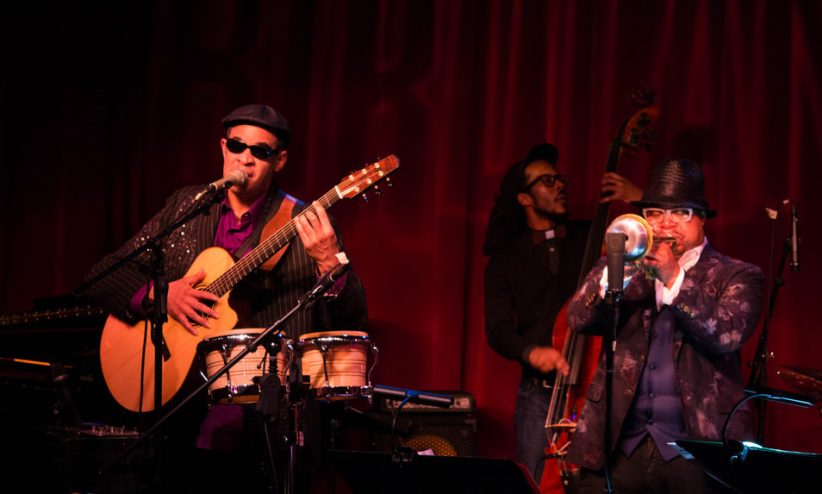 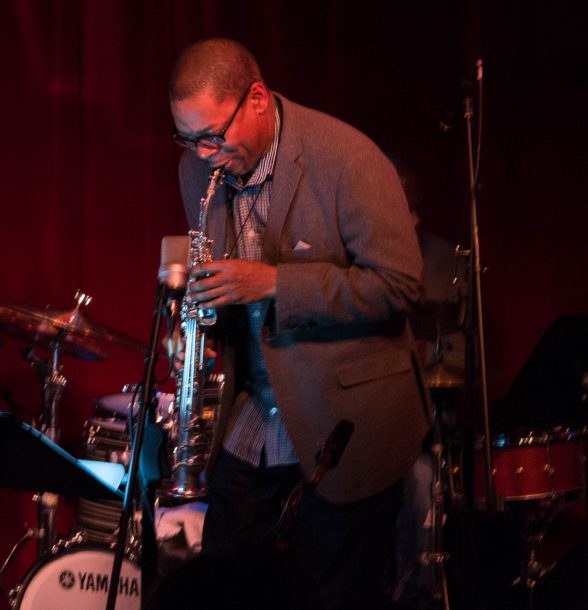 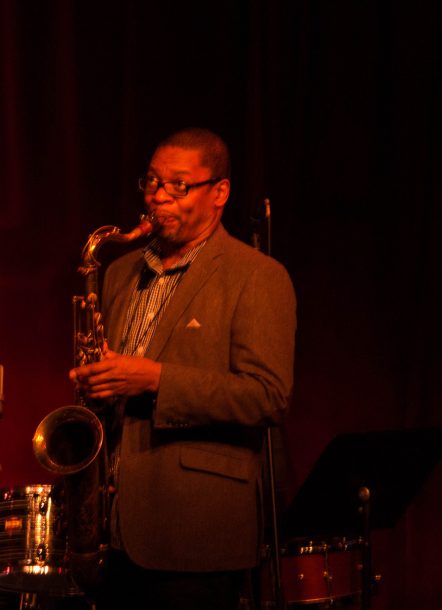 The Monterey Jazz Festival on Tour, as its title implies, is as much brand name as band name. This year’s outing, which began Jan. 14 in Santa Barbara and will end March 13 in Chicago, features the sextet of Raul Midón on guitar, percussion and vocals; Ravi Coltrane on tenor and soprano saxophones; Nicholas Payton on trumpet; musical director Gerald Clayton on piano; Joe Sanders on bass; with Gregory Hutchinson on drums (Kendrick Scott will replace him on later dates).

At the early set at New York City’s Birdland on Feb. 6, the last of a five-night run, the configuration proved both virtuosic and versatile. They moved from steamy funk to silky ballad material easily, the various musicians leaving and returning to the stage often enough to allow for both individual showcasing and taut full and partial ensemble playing.

They opened with “Six,” an instrumental played by only five (Midón’s grand entrance yet to come), Payton holding the final note of his exemplary solo for what seemed like a good couple of minutes, giving notice that while this may be a concocted collection of emissaries sent out to promote the West Coast festival, no one was about to skimp on performance just because they were in New York in the dead of winter.

A blues ballad featuring impressive harmonic work from Clayton and Coltrane dissolved into a vehicle for the Clayton-Sanders-Hutchinson trio as the two horn men vacated the stage, then turned into something else altogether. Payton, upon his return, blew whispery, airy trills at first, then stepped up his game deliberately with a volley of repeated staccato bursts and strategically placed high notes. That signaled Hutchinson toward a hardy, air-tight funk groove that proved to be what Coltrane was waiting for, finding his way back to the front of the stage and offering a brawny solo of his own. It could have stood to go on a few minutes longer—Coltrane didn’t step out nearly enough throughout the set.

With the entrance of Midón, it became a different concert. Adding guitar and his Stevie Wonder-esque vocals to the mix, as well as occasional bongos—sometimes all three simultaneously—Midón became the undeniable focus, first with a new, swinging composition, “Wings of Mind,” then “Deep Dry Ocean,” a song penned by Clayton to which Midón has added lyrics. With Coltrane switching from tenor to soprano saxophone for the balance of the set, Midón, during his time onstage, provided harmonies on guitar for his own acrobatic scat singing as well as the sax and trumpet, and used the instrument to mimic his own vocal parts note-perfectly. Even with accompaniment, Midón often seemed to be a one-man-band up there, tossing out spot-on vocal imitations of a trumpet during “Sunshine (I Can Fly),” one of his signature tunes.

Midón left the stage during a loose and intimate take on Herbie Hancock’s arrangement of Monk’s “‘Round Midnight,” then returned for the finale, Cole Porter’s “What is This Thing Called Love?,” a choppy, non-linear reading that gave the rhythm section and Payton an opportunity to strut a bit. Stepping outside afterwards, it sure didn’t feel like Monterey, but it didn’t feel cold, either.

The 2022 Newport Jazz Festival’s three days of sunshine were bracketed, more or less, by a pair of all-star ensemble jams that included Christian McBride. … END_OF_DOCUMENT_TOKEN_TO_BE_REPLACED

In its first full edition since the onset of the pandemic, and with a new director of programming, the Festival International de Jazz de Montréal … END_OF_DOCUMENT_TOKEN_TO_BE_REPLACED

Among the many physical, spiritual, and institutional losses related to the still-ongoing pandemic is that of Los Angeles’ renowned Playboy Jazz Festival (PJF) at the … END_OF_DOCUMENT_TOKEN_TO_BE_REPLACED

It’s difficult to imagine what the stage and the audience would have looked like at Gaillard Center in Charleston, South Carolina, if Rhiannon Giddens’ new … END_OF_DOCUMENT_TOKEN_TO_BE_REPLACED