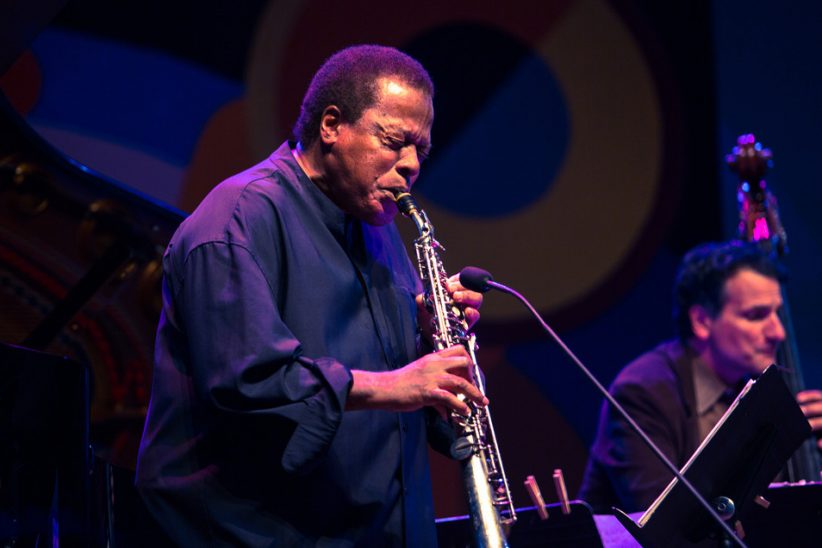 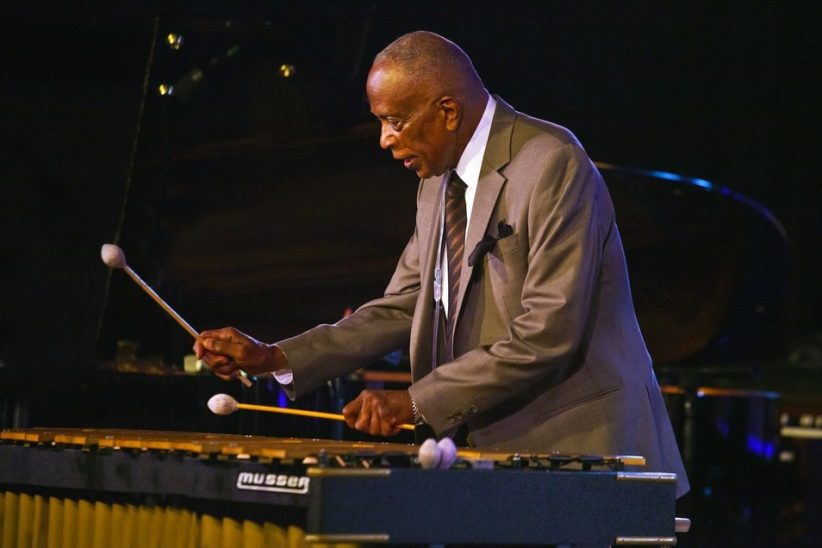 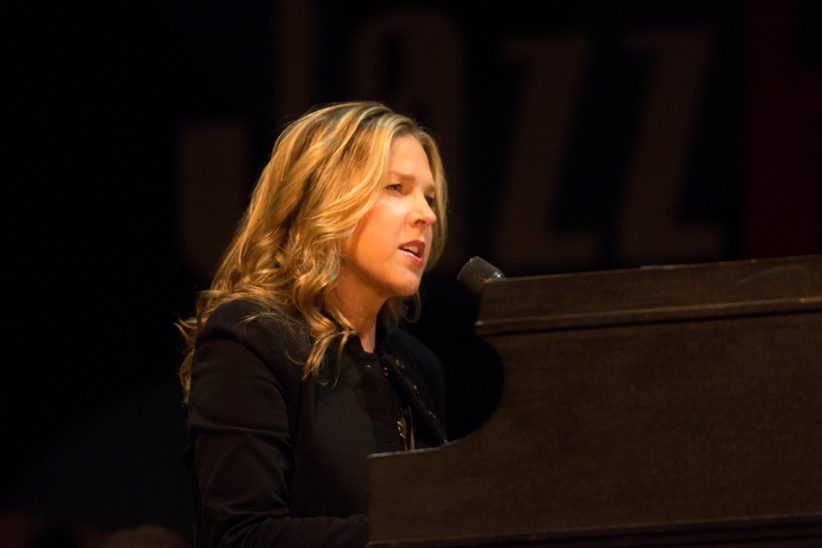 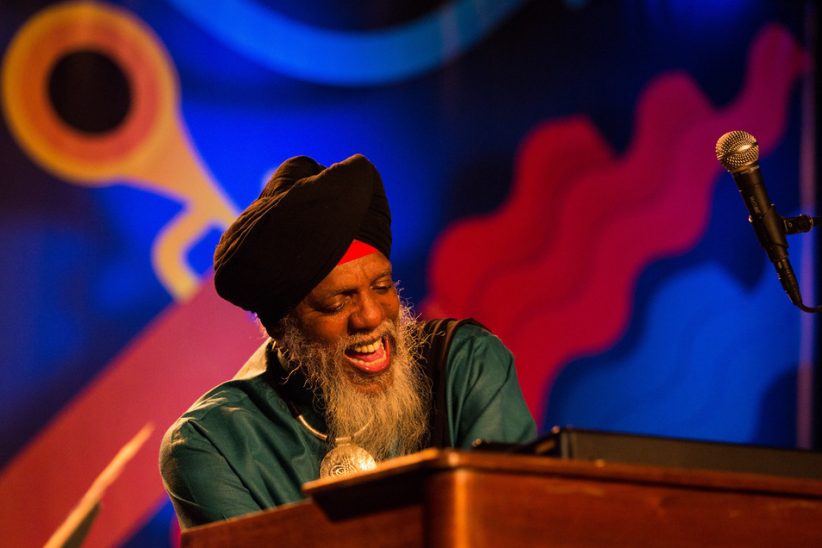 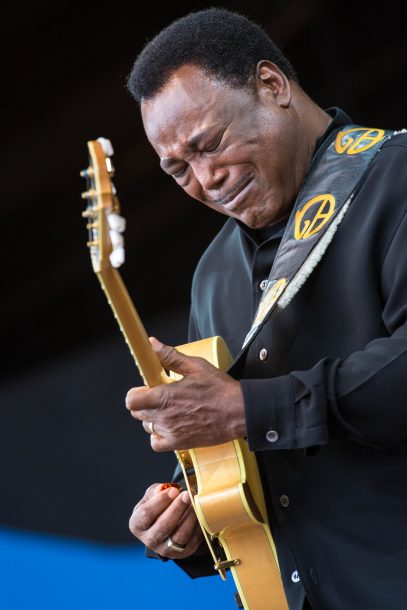 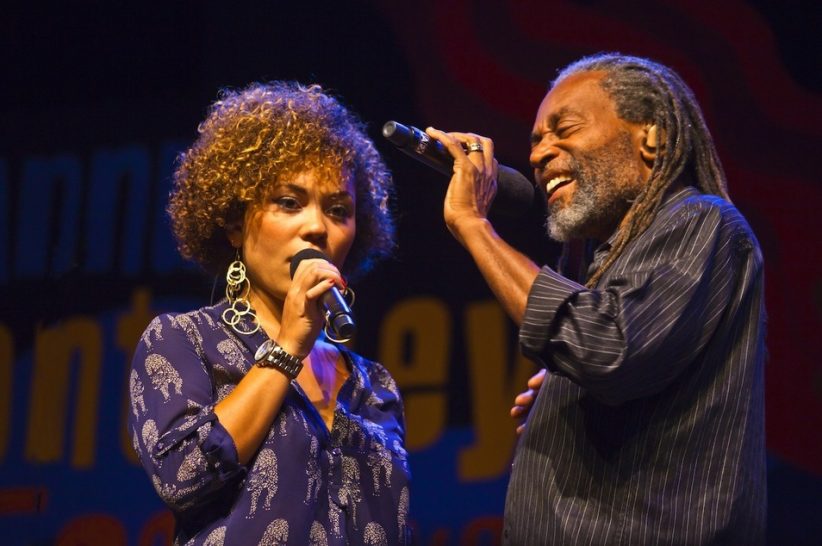 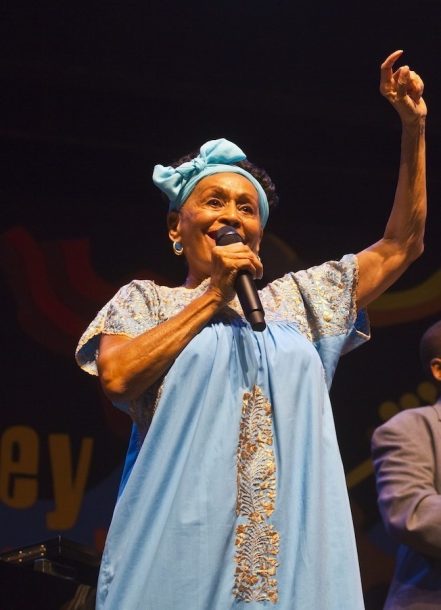 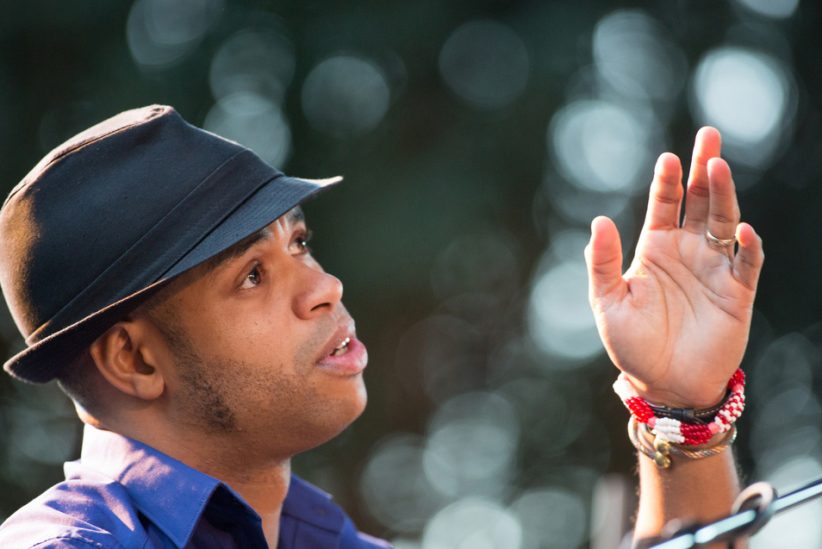 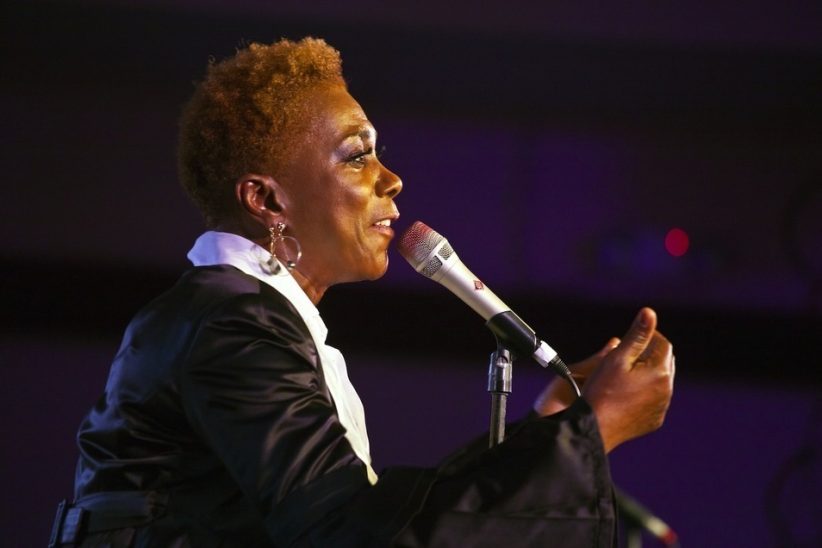 For the 56th edition of the Monterey Jazz Festival, the world’s oldest continuously run jazz fest, the operation was up to its old and new tricks, the delicate balancing act of tradition and measured doses of daring that still make it the best in the west (and the U.S.?). Monterey is one of those summer bookend festivals, closing out the season that starts at the end of June at the Montreal Jazz Festival, which seems to do most everything right, with some years “righter” than others. Both festivals manage to give a compact accounting of what’s interesting and relevant in a given jazz year, along with the duties of nodding to veteran heroes and emerging hopefuls.

To wit: this year in jazz, two major milestones are the passing of legend Dave Brubeck-who played at Monterey countless times, going back to year one-and the 80th birthday celebration of living and evolving and thriving legend Wayne Shorter. These cultural points of significance were acknowledged in interesting, interactive ways in Monterey. The festival has long commissioned new works, and often large-scale works (such as last year’s wonderful hour-long Big Sur Suite by Bill Frisell), but this year, the commissioning forces were more focused and smaller-scaled.

A centerpiece in the Clayton Hamilton Jazz Orchestra’s set on opening night was the seamless Sweet Suite Dave: The Brubeck Files, comprising nine lesser-known tunes by Brubeck, arranged for the sleek and stellar big band CHJO by John Clayton. Brubeck’s lineage and legacy was also acknowledged in a sideline nod with the booking, in the Nightclub venue, of the Brubeck Brothers, led by drummer Dan and bassist Chris, and energized by the impressively nimble guitarist Mike DeMicco.

Opening the Saturday night proceedings, Shorter was in the spotlight, peripheral vision style: During the striking set by Sound Prints, the new band led by Dave Douglas and Joe Lovano-one of the festival high points and one of the great new jazz groups, period-these unabashedly Shorter-obsessed musicians gave actual world premieres to two brand new Shorter tunes commissioned by the festival. “To Sail Beyond the Sunset” and “Destination Unknown” are fascinating, fresh tunes in the vast Shorter canon, with that Shorter-esque intrigue-harmonic twists and structural rope-a-dope-we love.

Shorter himself appeared the following night with his quartet, and filled the main arena venue with the glorious energy and mystery he has to offer when he finds that elusive, enticing balance of heeding his compositional structures and stoking collective spontaneous abandon. It was one of those magical and measured nights, and the best I’ve heard out of a handful of shows in this, his big 8-0 year.

Dave Holland’s exciting, if not always subtle, new neo-fusion group Prism features the fast, jittery-fingered and rock-fluent guitarist Kevin Eubanks. But the group equally benefits from the ever-musical and restlessly inventive presence of increasingly busy and important keyboardist Craig Taborn-on grand piano and his own brand of Rhodes playing-and drummer Eric Harland, showing yet another facet of his versatile aplomb, stoking those odd-time rock grooves with the best of ’em.

Monterey’s programming, a deft maze-work job navigated by admirable artistic director Tim Jackson, often takes advantage of the presence of particular “side” players bringing their own projects way out west. This year, that list was especially rich, including Taborn’s feisty cool quartet (including saxist Chris Speed, Bad Plus drummer-and Taborn ally from early Minneapolis days-Dave King) and the leader himself on piano and a tool rarely heard on the festival grounds, a Farfisa organ. Leave it to the retro-curious but future-minded Taborn.

From the Sound Prints family tree, Lovano brought out his unique two-drummer band Us Five (with his wife, vocalist Judi Silvano, as guest), and there was more contemporary musical fight and fiber to be found in Douglas’ Quintet (with tenor player Jon Irabagon, pianist deserving wider recognition Matt Mitchell, bassist Linda Oh-also in Sound Prints-and roiling fine drummer Rudy Royston). Over at the Dizzy’s Den venue, Ravi Coltrane demonstrated why he is on a higher plane of artistry and attainment of a personal voice at the moment, in the wake of last year’s wonderful Blue Note Records debut, Spirit Fiction.

This was also a fine year for the vocal arts in Monterey, blending the innate crowd-pleasing lure of singers with artful intentions and ambitions. Gregory Porter, the man who would be king of the jazz vocalist year 2013, proved an ideal festival-opener on Friday night, with his deft chops and soulful personal house blend of idioms and a rare kind of self-defining poise. Bobby McFerrin, deep into his tour supporting his album spirityouall, dedicated to the memory of his groundbreaking opera-meets-spirituals-singing father, was loose and spot-on in the degrees that make for his strongest showings.

Speaking of being loose and open to the spirit of evolution, Diana Krall closed out Sunday night’s main arena roster (with her fan Clint Eastwood perched 10 rows in front of her) with an enchanting, evolving and sometimes vulnerable mutant of a show. She stirred in music from her new T Bone Burnett-produced hepcat ’20s-era album Glad Rag Doll with violinist Stuart Duncan as the game, star soloist, along with pleasing solo bits from standards-land to Joni Mitchell. What got to me, though, were her quite stunning covers of “Whispering Pines” and “Ophelia,” great and lesser-exposed songs by the Band.

Two distinguishing, and hopefully ongoing, traditions in Monterey take aim at the worthy world of jazz keyboard culture-piano trios and the Sunday-night-go-to-meeting tradition of the “Hammond B-3 Organ Blowout.” In the intimate Coffee House Gallery venue, each of the three evenings spotlights a particular piano trio, playing two or three sets. This year’s list ranged from the classical-infused and wily virtuoso Uri Caine, the formidable thirtysomething player Orrin Evans, and the Euro-flexing left-of-traditional trio Phronesis (which also made a splash at the Montreal festival this year).

B-3-wise, the focus was on the guitarist-led Anthony Wilson Trio, in cahoots with new school B-3 master Larry Goldings and a rare, actual live gig with studio guru Jim Keltner (in related news, Steve Gadd came out to play with the Bob James/David Sanborn set on Sunday afternoon). Closing out the “blowout,” and the festival, proper, Dr. Lonnie Smith’s trio, a wonderfully organic threesome featuring dazzling guitarist Jonathan Kreisberg and drummer Johnathan Blake-with alto man Lou Donaldson as special guest-went blissfully beyond the curfew boundaries late on Sunday night, keeping the festival torch burning after many had hit the road. The good Dr., and the Monterey muse, just wasn’t ready to call it quits yet.

Before you know it, this densely and smartly packed three-night/two-day celebration is over. But, in a good year-such as the 2013 model-it leaves pocketfuls of memories to savor, along with an overall sense of a state-of-jazz message to consider.

For years, the Pittsburgh International Jazz Festival (PIJF) took place on the street. Over one weekend in June, Downtown thoroughfares Penn Avenue or Liberty Avenue … END_OF_DOCUMENT_TOKEN_TO_BE_REPLACED

The mood was understandably festive as John Fedchock’s New York Big Band took to the stage at Birdland on Sunday, September 18. Not only was … END_OF_DOCUMENT_TOKEN_TO_BE_REPLACED

Considering the lineup—stacked with talent—and the musician to whom they were paying their respects—a cult figure, rightly or wrongly—the New York City live tribute to … END_OF_DOCUMENT_TOKEN_TO_BE_REPLACED