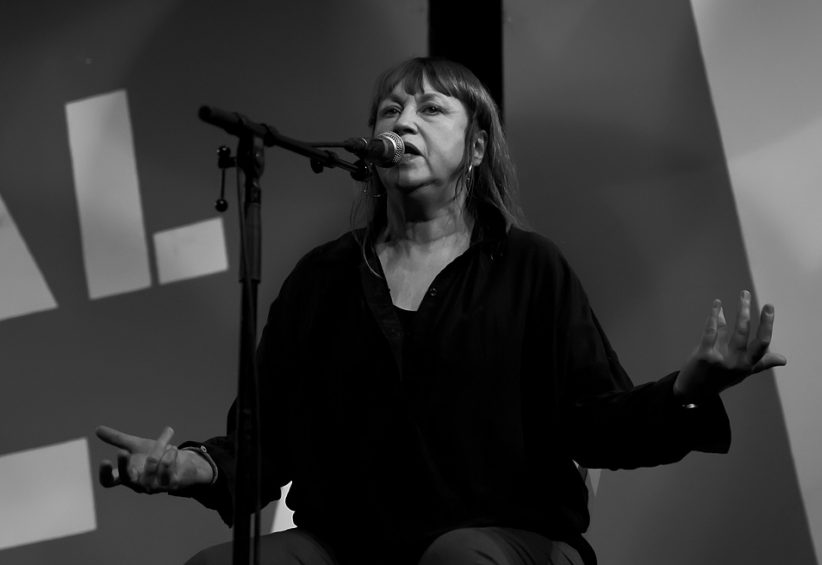 A dozen-ish years ago, I was interviewing the great Swedish pianist Bobo Stenson and asking about jazz festivals in Sweden worth checking out. His immediate and first response was the Umeå Jazz Festival, which I’d heard of but had yet to experience. Having just been there for the fourth time, for the 45th edition in October, I can second Stenson’s high praises for the quality and vision of a festival that-although a three-plus-day event in a smallish university town in the northern Norrland region of Sweden-ranks among the best of the several strong autumn festivals across the Atlantic.

Coincidentally, the high point of the latest edition, to these ears, was Stenson himself, a national treasure of Sweden and one of the most lyrically virtuosic lyrical pianists in jazz. Moreover, Stenson’s present trio, with his long-standing ally Anders Jormin on bass and the wonderfully and wily, inventive young(ish) drummer Jon Fält, is clearly one of the greatest jazz piano trios on the planet at this moment. You can hear it on their latest ECM album, Indicum, but you get the picture more deeply in an intimate venue, where their musical muses, individual and interactive, are in gear and in fluid collective motion.

So it went during the Stenson trio’s SRO Saturday afternoon set in the medium-sized Studiojazz venue (where most of the best of the fest went down, in fact). Their set veered from introspective drifts to rushes of technical bravura, from pensive and playful originals to tunes by Don Cherry and Ornette Coleman. Comic and painterly sonic relief came in the form of Felt’s restless, Han Bennink-like impulse to play whatever instrument or material surface is available. Jormin-who also played a day earlier with the tastily exotic trio Lyöstranini, with violinist Lena Willemark and koto player Karin Nakagawa-was typically blessed with both subtlety and assured instrumental command, and Stenson made his instrument sing and brood and dance, in his own sweet and slightly Nordic-melancholic way.

In line with the traditional programming scheme of the festival, which is directly linked to the multi-use, multi-genre NorrlandsOperan organization, with which intrepid director Lennart Strömbäck is involved year-round, the program opened with a jazz-classical merger at the classical music-geared Operan on Thursday night. For the occasion, the veteran Argentine bandoneon master Dino Saluzzi was joined by his recent and beautifully empathetic collaborator, cellist Anja Lechner, and his brother, reed player Felix Saluzzi. The program, with a lovely orchestral backdrop supplied by the NorrlandsOperan symphony orchestra, was conducted with a sure jazz/classical mediating savvy by Jules Buckley. Through to the tender solo bandoneon encore of “My One and Only Love,” the 78-year-old Saluzzi played with a wisdom and lyrical ease, like a magnetic musical sage.

American bookings are always a part of the Umeå roster, and often marquee-splashed shows take place in the largest venue, the Idun, in the festival’s community center compound, the Umeå Folkets Hus. The Chris Potter Underground’s Thursday night set in the smaller StudioJazz illustrated why this group-just about to record a new album for ECM-is a rising star in jazz, by turns melodic and fiery (especially in the soloing fervor of Potter and ever-underrated guitar master Adam Rogers), contemporary-minded and grounded in tradition. Another major American jazz voice, pianist Jason Moran, joined them, sitting in on the dervish-like Rogers composition “Rumples.” (Moran was in town for a fascinating extra-jazz, extra-music collaboration, the next night in the “black box” space at NorrlandsOperan, with seasoned performance artist/conceptual artist Joan Jonas’ “Reanimation.”)

Potter’s usual ace-in-the-hole, creative firebrand keyboardist Craig Taborn, was MIA as he was busy with Dave Holland’s sometimes interesting, sometimes strange neo-fusion band, Prism, also featuring nervous-fingered guitarist Kevin Eubanks and drummer Eric Harland. Hearing the band in Umeå for a second listen after catching them on the main stage in Monterey in September, the personal jury is still out on this project. Some of us wonder if this is the best use of the great Holland’s time as bassist and bandleader.

Not to indulge the dangerous gender separation game, but there were many memorable moments in Umeå involving women musicians. Most impressively, and in another highlight of the festival, the almost literally bedazzling and one-of-a-kind, improvisation-braving Norwegian vocalist Sidsel Endresen gave a riveting one-hour tour of her wondrously strange, primal and sophisticated musical mindset. Of late, she has been working in a great duo with electric guitarist, sonic landscape painter and catharsis conjurer Stian Westerhus, one of the most rewarding of her many collaborations in the past several years. They go places, surprising to us, and apparently to them, as well.

Not for nothing did director Strombeck come onstage afterward to give Endresen the festival’s annual Hedersgäst award, a prize previously given to such notables as Toots Thielemanns, Jon Christensen, Tomasz Stanko and the formidable Swedish saxist Mats “The Thing” Gustaffson. Gustaffson, incidentally, has been commissioned to write an orchestral piece for opening night of the 2014 Umeå festival.

An ambitious jazz “chamber big band” project led by elastic and impressive Swedish singer Sofia Jernberg found her integrating with and stretching out over an often intricate, quasi-minimalist score with an edition of the Trondheim Jazz Orchestra involving Norwegians and Swedes. Norway’s Mari Kvien Burnvoll is finding enchanting and distinctive ways to make musical the business of voice-plus-looping strategies; the Sunday evening festival capper, “My Kind of Jazz,” was an accessible closing party of a show, with a house band hosting singers from in and out of jazz, including the quite commanding Ewa Wikström, who normally goes by her art-pop group nom de plume Queenfish and Other Tales.

Umeå is also a place to hear small but heartening doses of strong free improvisation. In another festival highlight, late on Friday night, the wonderfully flexible Swiss trombonist Samuel Blaser led an intriguing left-of-center trio that swerved easily from free sections to structured passages and role-switching, with nimble and rubbery rock-flavored guitarist Marc Ducret and bassist Peter Brunn. Up in the compact third floor hothouse of the Soundgarden venue, the freedom principle rang out beauteously, via the timbre-centric improv duet with a trumpeter deserving wider recognition, the sensitive Susana Santos Silva, from Portugal, and Swede bassist Torbjörn Zetterberg.

Needless to say, once again, Umeå @ 45 offered up much to admire and consider, especially from the Scandinavian spectrum. And did we mention how fantastic Bobo Stenson and co. was sounding? Thanks for the tip, Bobo.

Among the many physical, spiritual, and institutional losses related to the still-ongoing pandemic is that of Los Angeles’ renowned Playboy Jazz Festival (PJF) at the … END_OF_DOCUMENT_TOKEN_TO_BE_REPLACED

It’s difficult to imagine what the stage and the audience would have looked like at Gaillard Center in Charleston, South Carolina, if Rhiannon Giddens’ new … END_OF_DOCUMENT_TOKEN_TO_BE_REPLACED

“It’s time to imagine a place where we can come together,” Danilo Pérez said from the hallowed stage of Washington, D.C.’s historic Sixth & I … END_OF_DOCUMENT_TOKEN_TO_BE_REPLACED

At the Zeiders American Dream Theater in Virginia Beach, Va., between April 8 and 10, the Vocal Jazz Summit convened in person for the first … END_OF_DOCUMENT_TOKEN_TO_BE_REPLACED