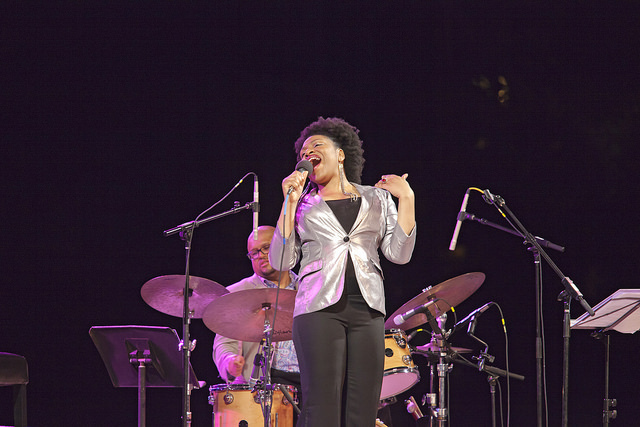 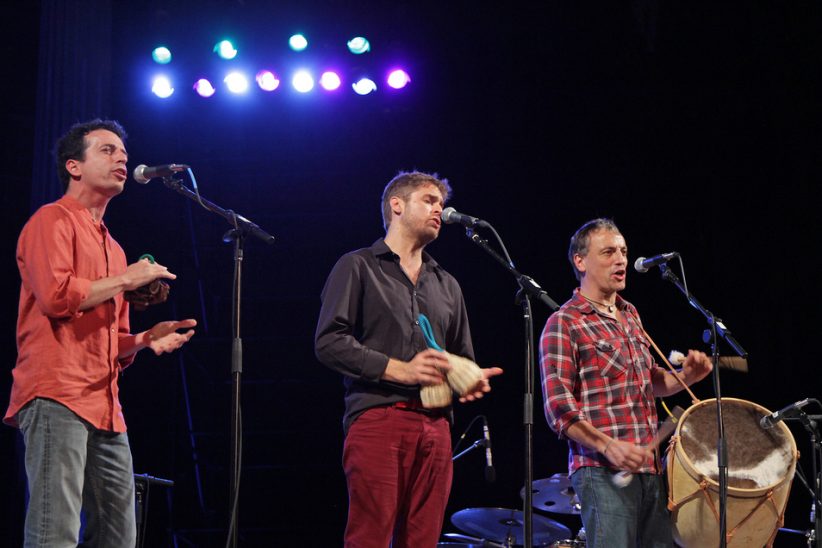 Another eclectic international jazz lineup graced the city of Charleston, S.C., May 23-June 8 at the 38th annual Spoleto Festival USA. Two of the festival’s traditional venues hosted the concerts, the outdoor Cistern Yard and the indoor Simons Center Recital Hall, plus another College of Charleston facility, the handsomely converted TD Arena, which has been subbing for the big headliners’ concerts for the past two years while the Gaillard Performance Hall undergoes a radical makeover.

Attractions from South America, Europe and America converged on Spoleto, mustered by Wells Fargo jazz director Michael Grofsorean with his customary virtuosity. After her fine outing early this spring at the Savannah Music Festival, my anticipation was especially keen for Charenée Wade’s booking at the Cistern. The set that Wade had sung in Savannah, paired with Catherine Russell, was strictly themed as a blues survey, though “Ladies Sing the Blues” skewed more toward the raunchy than the broken-hearted.

John Gilbreath, executive director of Earshot Jazz, walked to the microphone on opening night to introduce the first concert of the 33rd Earshot Jazz Festival. … END_OF_DOCUMENT_TOKEN_TO_BE_REPLACED

The year 2020 tarnished the Monterey Jazz Festival’s revered reputation as the world’s longest continuously running jazz festival (since 1958). Due to the pandemic, the … END_OF_DOCUMENT_TOKEN_TO_BE_REPLACED

“It brought us all pure joy to get together and play as a group post-COVID lockdown,” saxophonist and composer Christine Jensen told JazzTimes after playing … END_OF_DOCUMENT_TOKEN_TO_BE_REPLACED

I had hoped to report on the 2021 edition of the DC Jazz Festival without using the word “pivot,” a term that was already overused … END_OF_DOCUMENT_TOKEN_TO_BE_REPLACED