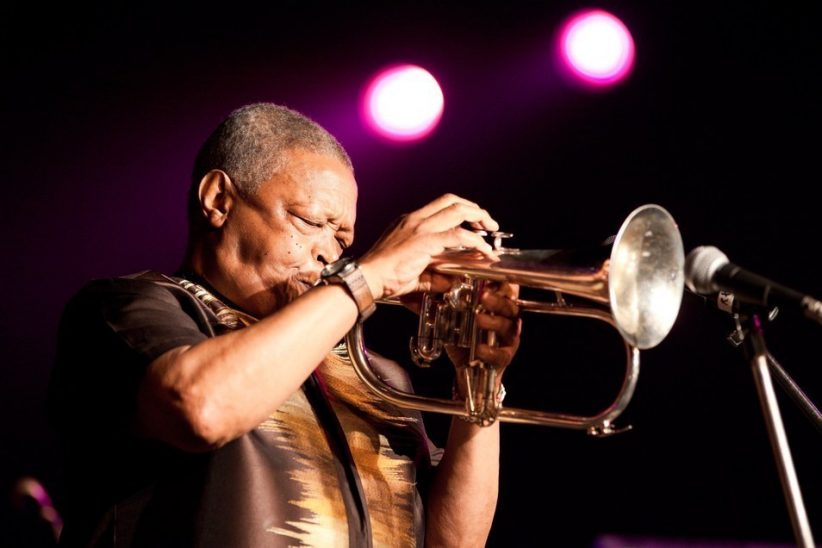 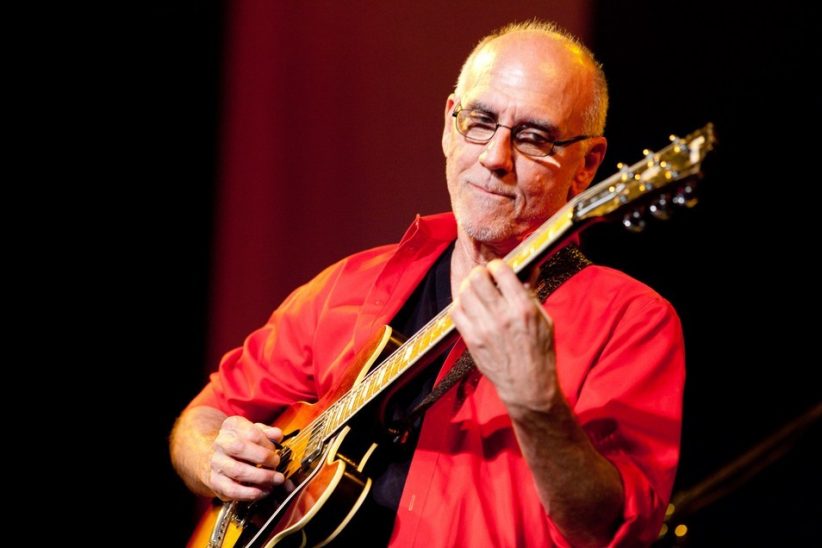 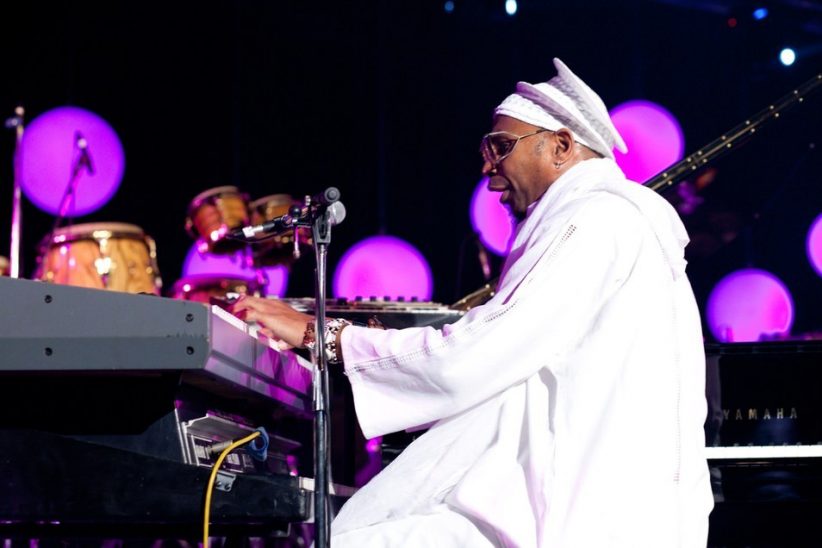 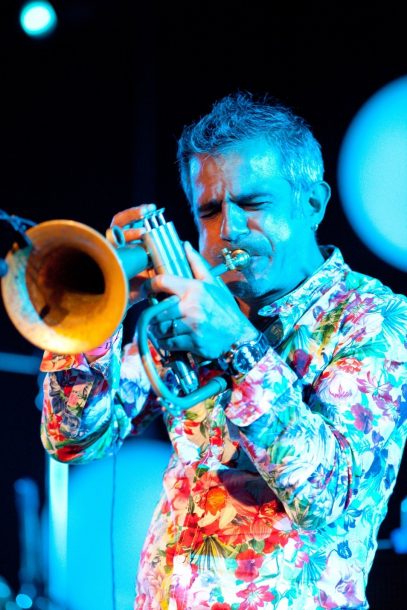 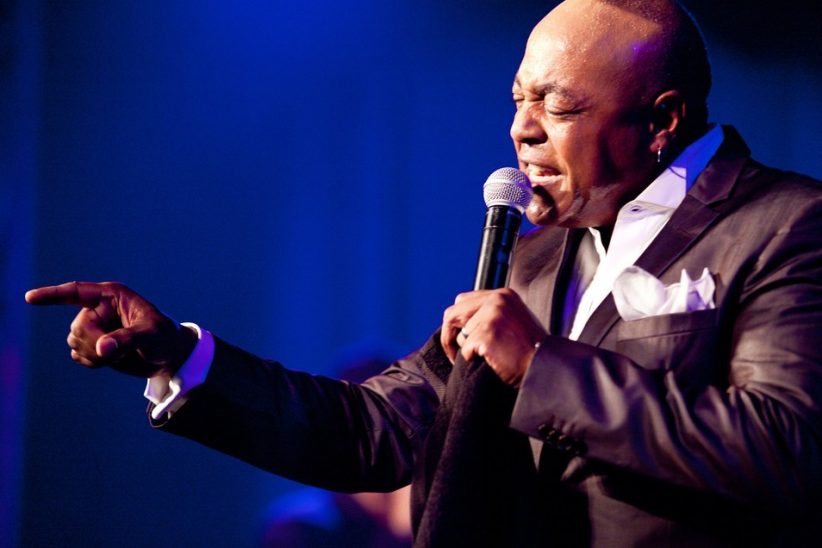 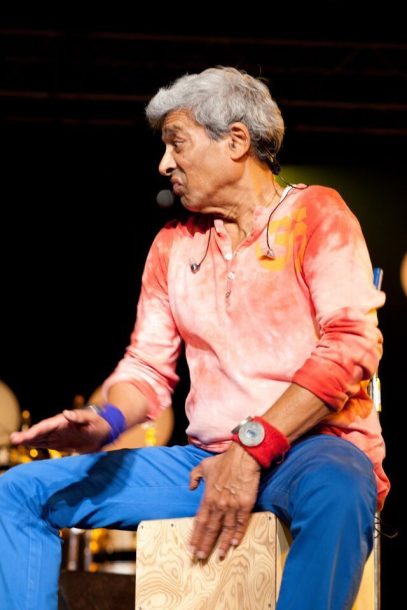 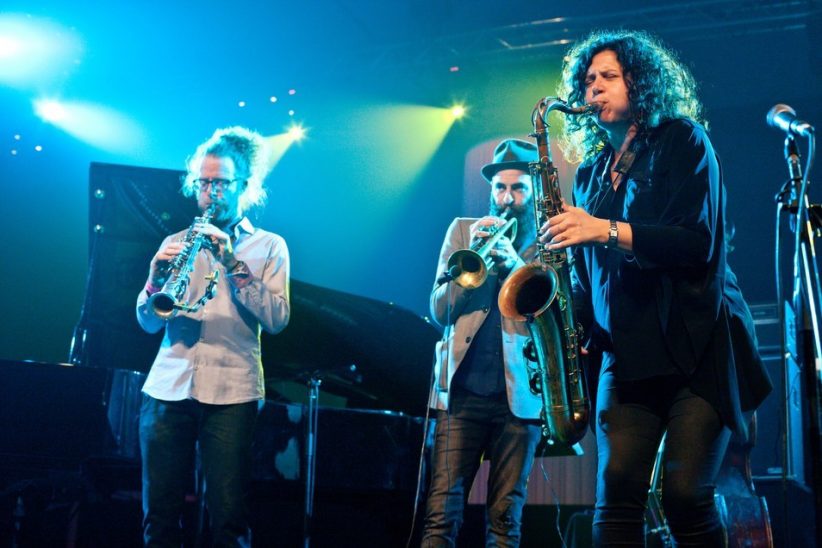 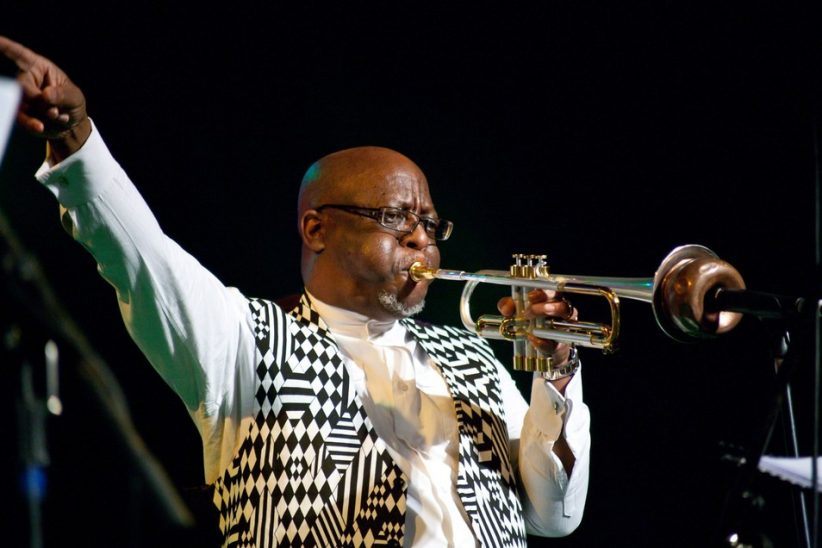 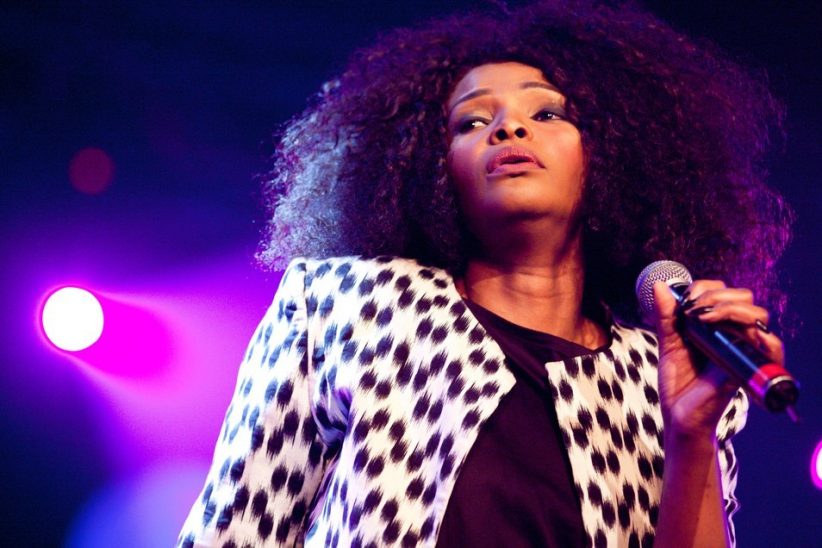 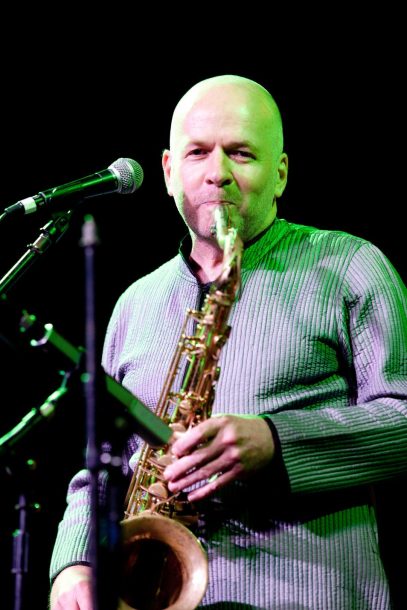 If downtown Johannesburg is the Detroit of South Africa, a dark shadow of its former glory (but, like Detroit, gradually awakening to gentrification), then the suburb of Sandton is its Grosse Pointe: leafy, elegant, cultured and so tremendously affluent that it is touted as “the richest square mile in Africa.”

Beginning in the 1990s, concurrent with the population’s steady migration out of the city’s core, financial institutions, media companies and multinational corporations began relocating their headquarters to Sandton. Last year, the Standard Bank-sponsored Joy of Jazz festival, billed as the largest in South Africa’s northern region, followed suit, shifting from the historic Newtown district (its home for 16 years) to the sleek Sandton Convention Centre.

Though Joy of Jazz was once devoted solely to African artists, the programming is now purposefully dichotomous, divided almost equally between American and African acts, with a smattering of guests from other international locales. Clearly, the big imports are meant to draw crowds. Indeed, the visiting headliners are presented twice, on consecutive nights, while their African counterparts are limited to a single slot. Curiously, though, as the three evenings unfolded, such local stars as vocalists Simphiwe Dana and Jaco Maria, saxophonist Steven Dyer and the indefatigable Hugh Masekela consistently drew SRO audiences while the globally renowned likes of Marcus Miller, Larry Carlton, Cécile McLorin Salvant and the Cohen siblings often played to half-filled halls.

Appropriately, this year’s fest commenced on September 24, Heritage Day, a national holiday in celebration of South African culture and diversity. Though the program extended to five stages, the abbreviated opening-night lineup was kept to just three acts in the cavernous Dinaledi space. The proceedings got off to an aptly joyous start with Prince Lengoasa fronting the all-female JOJ aMaqhawekazi Big Band, a remarkable ensemble featuring four multilingual vocalists that traveled from august to carnivalesque, from somber to boisterous, incorporating everything from bird calls to gospel chants as they surveyed the panoply of African jazz, concluding with a thunderous rendition of Miriam Makeba’s “Not Yet Uhuru” that ignited a standing ovation. The Yellowjackets followed with a dependably solid, 60-minute set (slightly marred by persistent sound issues), though the quartet’s newest addition, Australian bassist Dave Albertson, seemed more than a bit at sea. YJ vets Russell Ferrante and Bob Mintzer were in fine form as they served up a blistering “Red Sea” and masterfully multi-shaded “Tenacity,” but the session truly belonged to drummer William Kennedy, on fire for the full hour. By the time Larry Carlton arrived at 10 p.m., the crowd had thinned to less than 50 percent capacity, empty seats as close as the fourth row. Alongside keyboardist Dennis Hamm, drummer Gene Coye and his bass guitarist son Travis, Carlton shaped a nicely variegated set, equal parts mellow, bluesy and scorching, with crowd-pleasing nods to Wes Montgomery and the Doobie Brothers, and generous bows to Steely Dan.

Friday night opened with more homegrown joy, courtesy of the National Youth Big Band, a vibrant collective that climaxed its powerful set with a zestful “Mas Que Nada.” Up next, “it” vocalist Cécile McLorin Salvant was ushered onstage by the same ace trio-pianist Aaron Diehl, bassist Paul Sikivie and drummer Lawrence Leathers-featured on her recently-released For One to Love, only to be greeted by a dead mic. The technical gaffe finally corrected (though not in time for Salvant to rescue her aborted opener, “I Only Have Eyes for You”), she segued into the century-old Bert Williams signature “Nobody.” The balance of her set blended originals (“Fog” and “Underling” from the new album, plus the sinewy title track from her breakthrough disc WomanChild) with standards ranging from mournful (Porgy & Bess‘ “My Man’s Gone Now,” Gordon Jenkins’ aching “Goodbye”) to ebullient (“The Trolley Song,” “I Wish I Could Shimmy Like My Sister Kate”) to sweetly romantic (“Let’s Face the Music and Dance”). While Salvant proved unfailingly beguiling, her flirtatious rapport with Diehl fully leveraged, she failed to live up to (admittedly lofty) expectations, too often getting in her own way thanks to an unchecked predilection for theatricality and vocal gymnastics, style trumping substance.

Moving from the disappointing to the sublime, the Cohen clan-tenor saxophonist and clarinetist Anat, soprano saxophonist Yuval and trumpeter Avishai, teamed with pianist Yonathan Avishai, bassist Matt Penman and drummer Ulysses Owens Jr.-shaped the tightest, smartest, most satisfying set of the entire festival. Highlights: a dark, sensuous slither through Ellington’s “The Mooch”; the becalmed majesty of Anat’s clarinet, roiled by a stormy Yuval solo on Fred Hersch’s “Song Without Words”; the siblings’ delightful union on the meandering “A Capella”; a trio of sparkling Yuval gems-his playful, frisky “Blues for Dandi’s Orange Bull Chasing an Orange Sack” (for his young daughter, in attendance in the front row), wildly uplifting “Freedom” and warm, gentle “Family”; and, to close, a bright, spirited “Tiger Rag.” As charming and funny as they were dynamic, the Cohens were also the only festival act to make a point of meeting and greeting audience members after the performance, offering to sign CDs and pose for photos.

Saturday: easily the busiest night of the three, the throng of festivalgoers intense enough to cause lengthy waits for the escalators that connect the Convention Center’s various levels. (Yet, in spite of the immense throng, surprisingly paltry crowds for several performances including, sadly, the Cohens’ encore gig, scheduled opposite the deified Masekela.) Low attendance was, however, definitely not a problem for Simphiwe Dana, blessed with one of the most glorious voices in Africa (and beyond). The once shy, unassuming Dana has, in recent years, grown steadily freer, earthier, more aggressively self-assured as she serves up an intoxicating combination of jazz, rap and afro-soul, with strong gospel underpinnings.

Though the festival’s roster also included unflaggingly outré bassist William Parker, for sheer audacity the prize goes to the curious triumvirate of Cuban pianist Omar Sosa, Indian percussionist Trilok Gurtu and Italian trumpeter Paolo Fresu. Though their rollercoaster set was obviously carefully choreographed, it felt like 70 wildly improvised minutes. The stage darkened, keyboards bathed in candlelight, Gurtu and Fresu ushered Sosa in with a haunting piece that suggested a more ethereal version of Dire Straits’ intro to “Money for Nothing.” Then, all hell broke loose. With Fresu (weakest and least significant of the three players) parked largely in the background, Sosa and Gurtu engaged in long, knotty duelling matches that can best be described as carnival meets insane asylum. Their magnificent cacophony included chants, bleats, yips, barks, duck calls and chicken squawks. At one point, Sosa literally hammered the inside of his piano while Gurtu pummelled the wooden crate he was seated on. Later, Sosa filled two solid minutes slapping his cheeks as Gurtu pounded the side of a water-filled metal bucket. Equal parts performance art (of a brazenness that would make Marina Abramovic blush) and free-form bacchanal, this smorgasbord of cleverly orchestrated lunacy proved incredibly, irresistibly enthralling.

While soft-rock balladeer Peabo Bryson entertained the masses (his capacity audience so enthusiastic that their collective sing-along to “If Ever You’re In My Arms Again” could be heard two floors away), Dee Alexander opened to a room less than a quarter full. The crowd expanded gradually, but latecomers missed the best of the Chicago-based vocalist’s uneven set. She opened with a slithery “Long as You’re Living,” followed by a double-barreled salute to Nina Simone: a seismic “Four Women” and a deliciously sensuous “Feeling Good.” She had the crowd in the palm of her hand. Then she let them slip though her fingers. Her tender “Rossignol,” inspired by a friend from Senegal, was decidedly lovely (though peppered with an excess of birdcalls) and her “Long Road Ahead” winningly rendered. But when she got to the over-long “Butterfly,” a gossamer piece punctuated with far too many flights of vocal fancy, attention started to drift. She might have righted the ship with her steely closer, “Take Me Back Where I Belong,” but for a too-lengthy solo (the second of the set’s back half) from drummer Yusef Ernie Adams. Still, Alexander is a commanding presence with a distinct flair for showmanship.

By now it might actually be law in South Africa that Hugh Masekela must close every jazz festival. At age 76, he’s well past the blazing glory of his “Grazing In the Grass” days, his playing ragged and his breath control understandably diminished. Yet he remains, akin to the late-career Louis Armstrong, the craftiest of crowd-pleasers, a beloved cultural ambassador. The cheek-by-jowl crowd, some 4,000 strong with as many youngsters as oldsters, cheered his every move, lustily and long. He truly is, just like Pops, the embodiment of the joy of jazz.

How to Get There

For years, the Pittsburgh International Jazz Festival (PIJF) took place on the street. Over one weekend in June, Downtown thoroughfares Penn Avenue or Liberty Avenue … END_OF_DOCUMENT_TOKEN_TO_BE_REPLACED

The mood was understandably festive as John Fedchock’s New York Big Band took to the stage at Birdland on Sunday, September 18. Not only was … END_OF_DOCUMENT_TOKEN_TO_BE_REPLACED

Considering the lineup—stacked with talent—and the musician to whom they were paying their respects—a cult figure, rightly or wrongly—the New York City live tribute to … END_OF_DOCUMENT_TOKEN_TO_BE_REPLACED