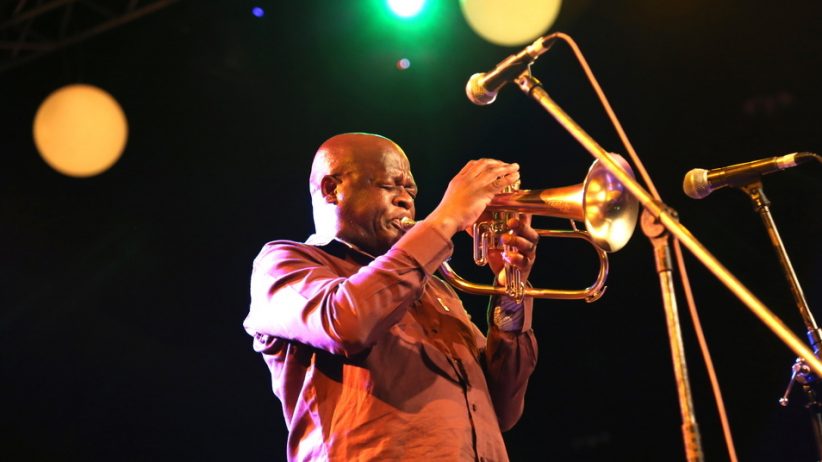 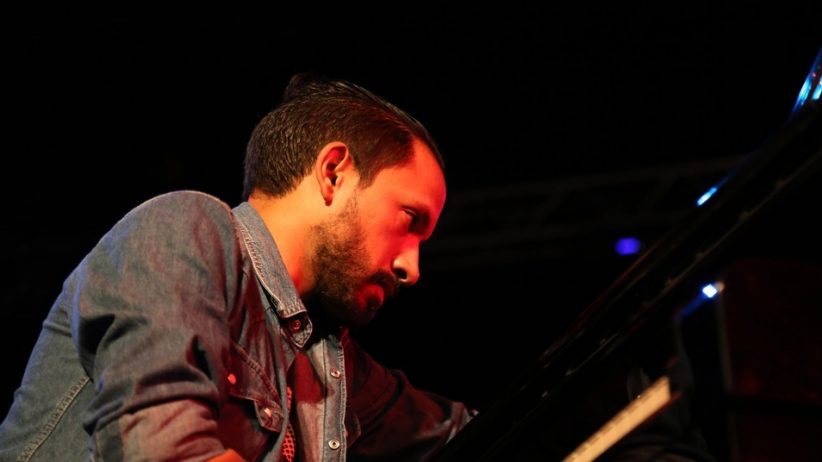 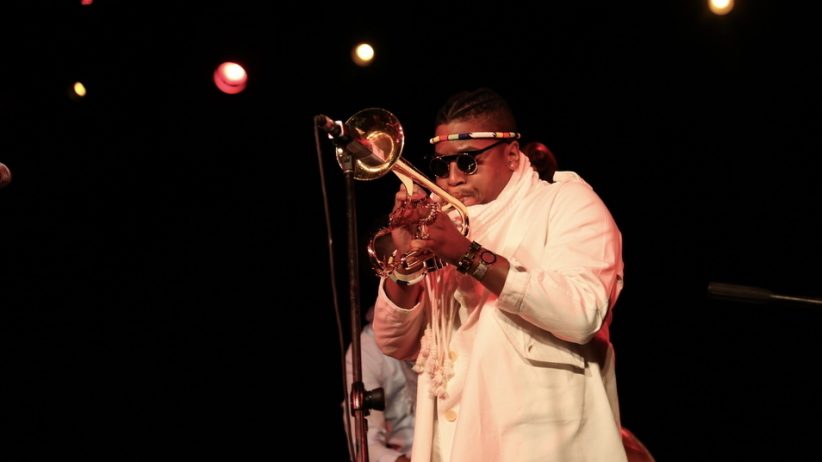 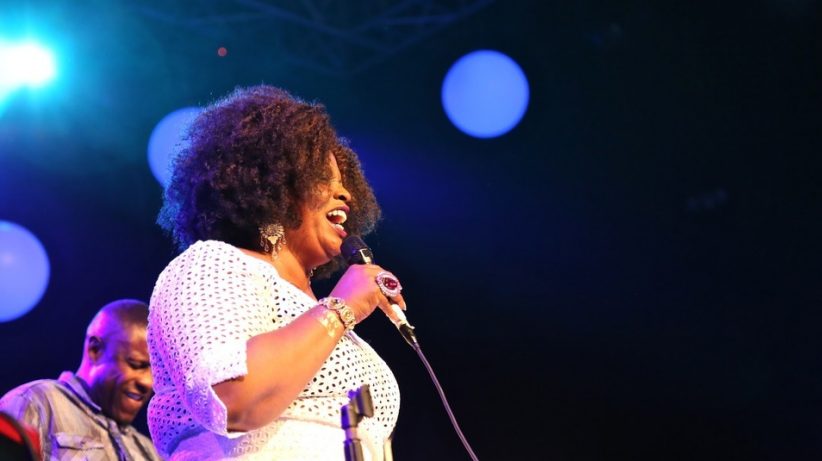 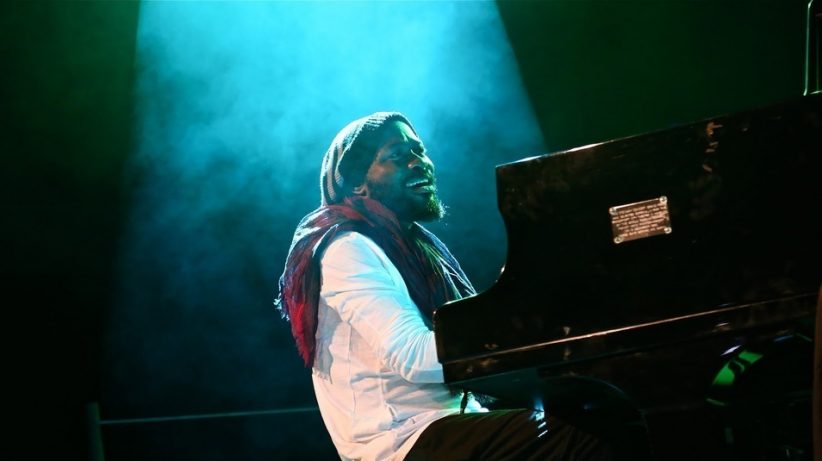 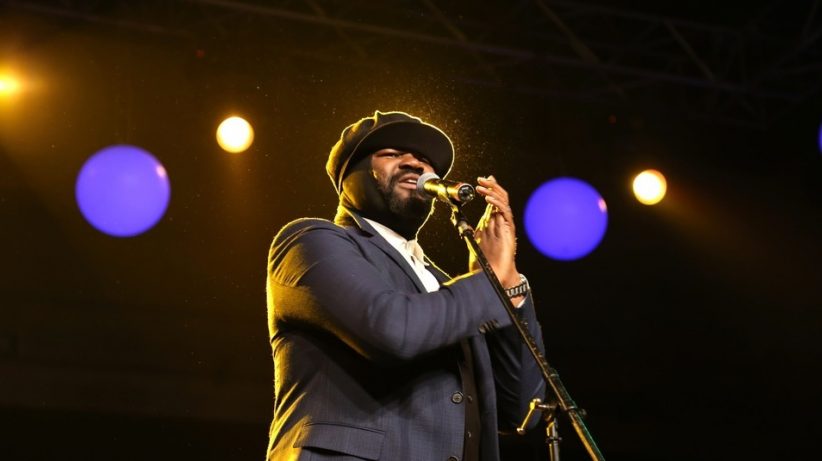 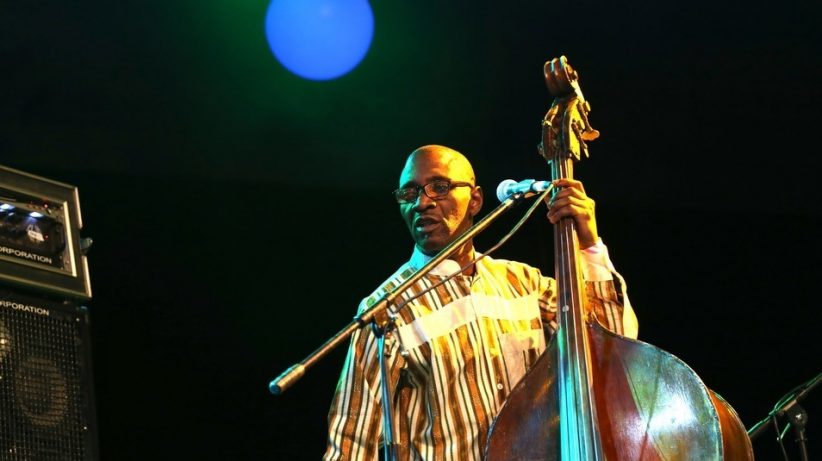 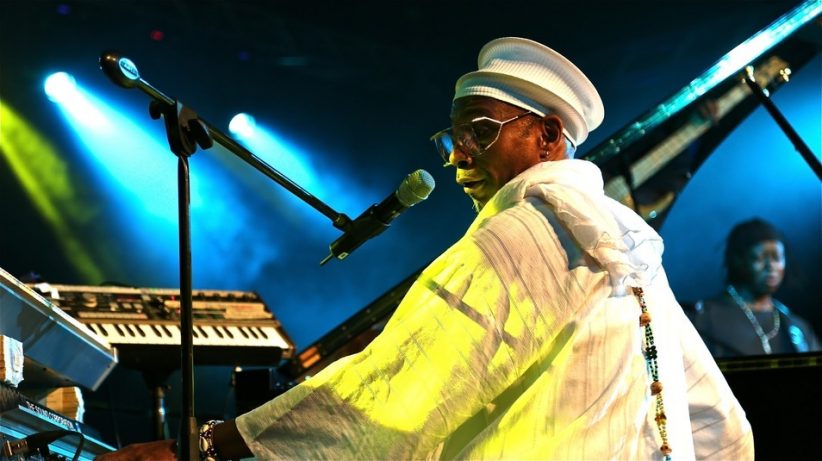 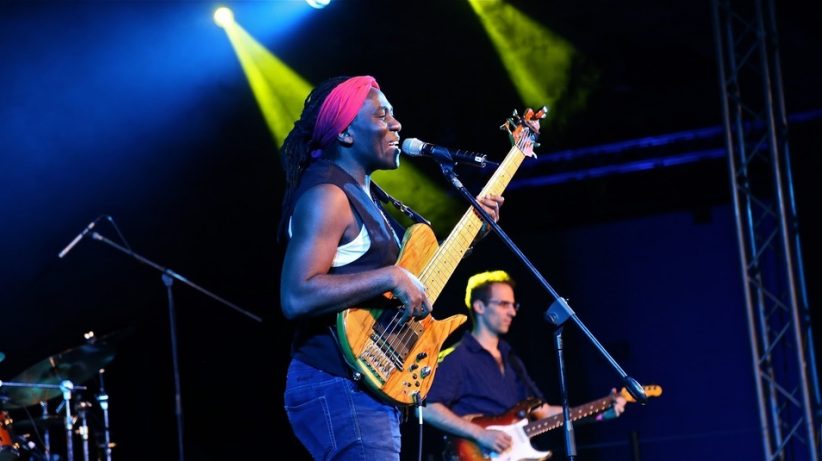 Richard Bona at the Joy of Jazz Festival, South Africa 2014. 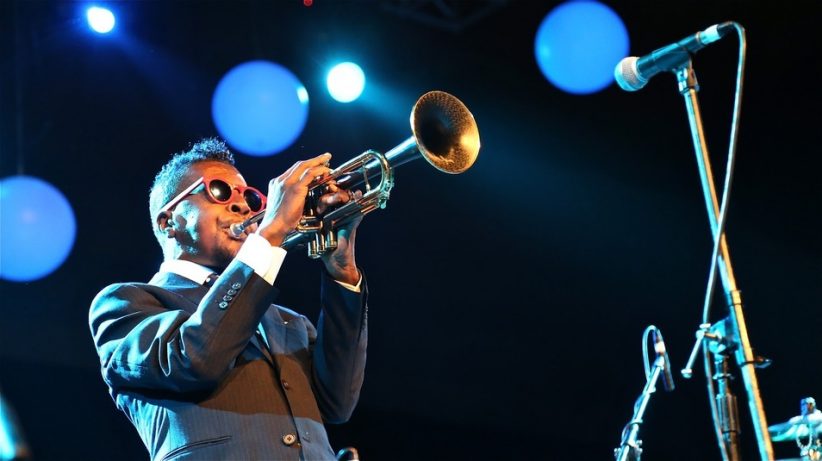 The strongest moments at the Standard Bank Joy of Jazz Festival in Johannesburg, South Africa, last weekend involved unexpected synthesis-musical, cultural, suggestive. South African jazz, if it can be defined, is an art of stretchings and combinations, asking how far one heritage can slide into another before the DNA mutates. Where does new strategy become new form?

Kyle Shepherd, a 27-year-old pianist on the rise in South Africa, used his trio’s set on Saturday to link the rolling music of Cape Town’s urban flatlands with a ruminative poise, like Brad Mehldau’s and Jason Moran’s, adding ideas from Indian classical music. On the speedy “Flying Without Leaving the Ground,” his trio gained momentum over a tala-like, five-beat cycle that offered no moments of resolution. The trumpeter and flugelhorn player Feya Faku, whose quartet makes music with few but tangled parts, drew delicately from a different kind of cape lilt while also looking northward, to Scandinavian jazz. His remarkable young pianist Nduduzo Makhatini built moments of splayed density, and Faku cut through them.

The 15th annual Joy of Jazz Festival spread performances from 23 acts across four stages on Friday and Saturday nights at the Sandton Convention Center. (Thursday was invite-only, with a single stage featuring all vocalists.) This was its first year in Sandton, an affluent suburban business district, and the move away from the central Newtown neighborhood dovetailed with the event’s bigger themes. At about $70 a night, focusing on international stars, it caters to the bourgeoisie of a city where true jazz retains enough cultural capital to attract a paying crowd.

Early on Friday night, the bassist and loops artist Carlo Mombelli’s quintet submerged itself in his light but viscous compositions. The set ended on “Motian the Explorer,” disconcertingly beautiful, somehow untraceable despite repetitions and smooth edges. Mbuso Khoza sang along with Mombelli’s bass lines before crescendoing into a kind of speech-conjuring, his earthen voice gaining lift from the weightless band.

This combinational energy made its way into the international performers’ acts, too, especially when they had some hometown help. Gregory Porter, a New York singer who’s beloved in South Africa, performed on Saturday with his quintet backed by a large South African orchestra. Porter bespeaks concentrated power-it’s his crafted songs, somewhere between ’60s and ’70s soul and Carole King and hard-bop; his purposeful, never-grandstanding band; his fatherly voice, indicating emotions and frustrations but never letting itself go completely free. But the large ensemble had had scarce rehearsal time, and it injected both a new source of energy and a freer flow. At eye level, moralizing tunes like “Painted on Canvas” and “Be Good” felt more credible.

Then there were the moments of total clarity, when expertise made its own sense. At the beginning of Saturday’s program, Dianne Reeves began a rendition of “Our Love Is Here to Stay” in duet with the guitarist Romero Lubambo, and nothing stood between her and the music: Her voice, round and smooth and cleanly vaulting, was the song; as the band members kicked in, she bestowed the trance on them. Christian Scott aTunde Adjuah brought his relatively new, still-unrecorded sextet, making a kind of fusion like searing metal-somewhere between Chick Corea and neo-soul. Matthew Stevens, Scott’s longtime guitarist and creative partner, is no longer with him, and it’s left the bandleader to handle greater voids and create new atmospheres. He’s doing it handily, especially thanks to a powerful frontline that includes the alto saxophonist Braxton Cook and the 19-year-old flautist Elena Pinderhughes, who already shows an astonishing acuity.

Amidst all this world-class talent, there was a disconcerting air of impenetrability around Joy of Jazz: It seemed to exist to be looked at, or to support something exterior to itself. Its tagline, “Own the joy,” made sense, coming from Standard Bank-the sponsor of most high-budget artistic endeavors in this country-but it did some violence to the ethos of this music. To be sure, through North American eyes it’s reflexively gratifying to see a jazz festival built for black audiences, and then to watch those audiences stand to applaud Roy Hargrove and Tomasz Stanko and Richard Bona alike. But while Joburg is a jazz town, it’s also a corporate one. Partly due to the high price of tickets, many guests seemed to be there because their colleagues were, or because they got comps from somewhere.

Did they notice or mind that there was too much distance between the stages and the audiences, creating a gulf of energy? Or that it was hard to even find those stages, which were scattered across eight floors and barely labeled? (I ended up asking a security guard where they all were, and scribbling down a cheat sheet on my program.) These logistical issues are comparatively small, and they’re not surprising for a festival that’s dealing with a new venue; they could be fixed by next year.

A last area for reconsideration: Most international acts performed on both the festival’s nights, but no South African bandleaders did. That was too bad. While many of the foreign groups repeated their sets across evenings, acts like Shepherd, Mombelli and Faku might have been eager to present a wider palette of their music to compatriot audiences. One band I would have paid to see twice, no matter what it played, was the bassist Herbie Tsoaeli’s quartet.

The contingent of esteemed South African jazz elders whose careers peaked during the hardest years of apartheid has nearly vanished, and musicians of Tsoaeli’s slightly later generation, now in their 50s and 60s, have taken on a new role of guidance. His debut album as a leader, African Time, won the 2013 South African Music Award for best jazz album, and this quartet represents a lot: pure strands of African tradition; the possibility that Elvin Jones’ influence might reach beyond the drums; a surgical knife that punctures as it heals.

The Eastern Cape’s defining rhythm is a syncopated 6/8, with a thrill-building stroke between the second and third beats. It pulls you ahead and makes things feel linked. Tsoaeli’s biggest achievement as a bandleader has been to expand the possibilities of this approach, keeping jazz and folk music as one, refusing to let innovation feel new or necessary while knowing that it might be both. On “Grooving with Dr. B.M.,” dedicated to the late multi-instrumentalist Bheki Mseleku, Tsoaeli used a similar syncopation to make a four-beat cycle feel like eight, or 16, flowing and forceful and continuing. Later in the set, on “Indlal’iphokile,” he sang in Xhosa over a rising chord progression, and his clay-like voice offered sustainment and renewal. It was self-driving, self-challenging, body-escaping. Maybe it was suggesting a mentality, something you could make yours.

The 2022 Newport Jazz Festival’s three days of sunshine were bracketed, more or less, by a pair of all-star ensemble jams that included Christian McBride. … END_OF_DOCUMENT_TOKEN_TO_BE_REPLACED

In its first full edition since the onset of the pandemic, and with a new director of programming, the Festival International de Jazz de Montréal … END_OF_DOCUMENT_TOKEN_TO_BE_REPLACED

Among the many physical, spiritual, and institutional losses related to the still-ongoing pandemic is that of Los Angeles’ renowned Playboy Jazz Festival (PJF) at the … END_OF_DOCUMENT_TOKEN_TO_BE_REPLACED

It’s difficult to imagine what the stage and the audience would have looked like at Gaillard Center in Charleston, South Carolina, if Rhiannon Giddens’ new … END_OF_DOCUMENT_TOKEN_TO_BE_REPLACED