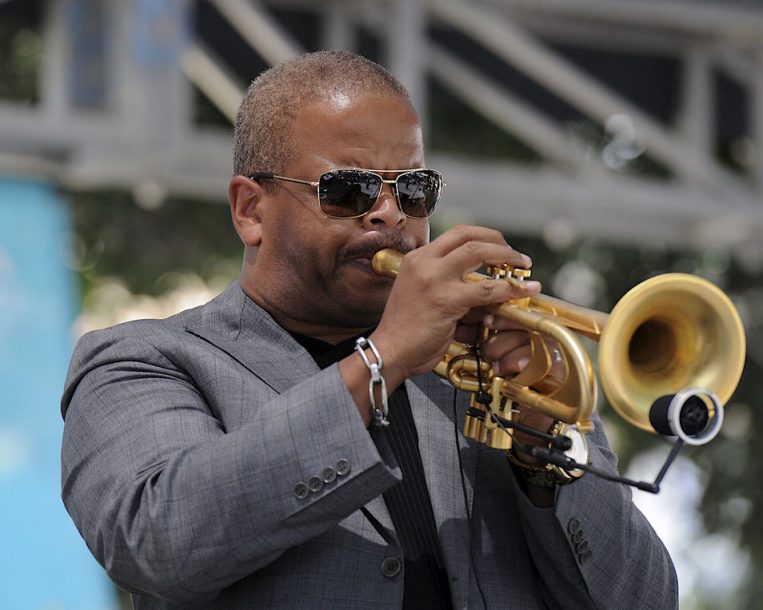 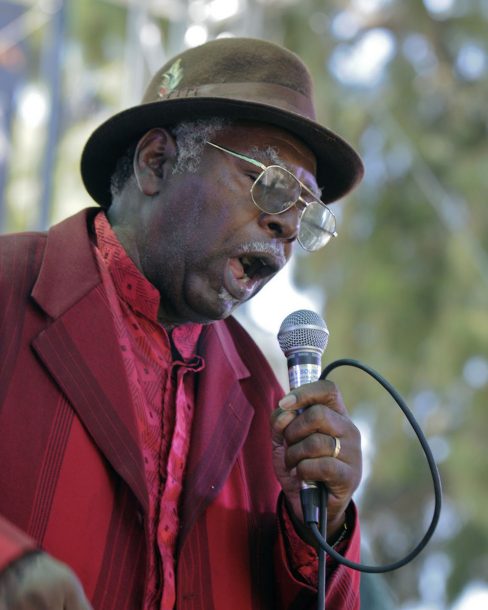 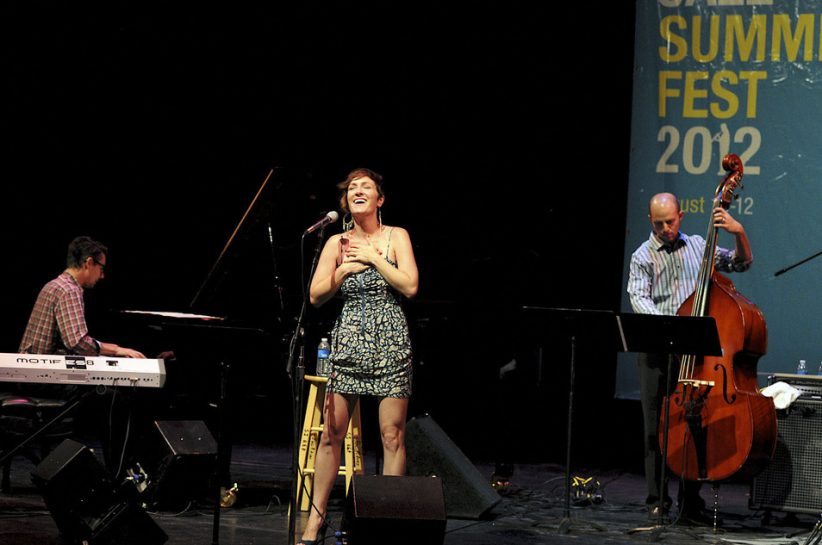 The San Jose Jazz Summerfest, situated within the Silicon Valley, the high-tech holy land, embodies the innovative and irreverent character of the region. Celebrating its 25th year, the event, initially a free community concert series, has muscled itself into a position that approaches the ranks of neighboring highly regarded jazz festivals, Monterey and SFJAZZ. San Jose, though, obscures its jazz focus more so with a far-reaching range of genres and artists, boasting 12 stages/1,000 musicians in downtown San Jose.

Additionally, on the main stage was ’80s funk gigolo/provocateur and former Prince compatriot Morris Day and the Time, and ’70s stylized R&B hit-makers the Spinners. Day highlighted the opening night with rocking/soul flailing jams, while the Spinners closed doing their crowd-pleasing pop/soul hits. For added diversity, Louisiana was in the house again, showcased by sets from 19-year-old Cajun fiddler Amanda Shaw and the Cute Guys, along with the New Orleans funk of Ivan Neville’s Dumpstaphunk. The Monophonics were a mix of psychedelic rock and ’70s soul jamming, and

Venturing out to the other stages, festival attendees could either pinpoint their genre of interest or variably intermix them. Jazz was designated to the indoor, air-conditioned TIVO San Jose Rep Stage and offered an abundant selection of quality artists. Vastly different from all of them was a special collaboration of the Lula Washington Dance Theatre with drummer Marcus L. Miller and his Freedom Jazz Movement. The group’s music both stimulated the audience and provided sweeping backdrops for the dance troupe’s impressive moves. “Venus and Serena,” a tribute to the champion tennis playing sisters, was amazing and a unique standout. Other well-received sets included veteran singer René Marie’s Experiment In Truth Quartet exquisitely intertwining voice and players. Up-and-coming saxophonist Tia Fuller’s hard-hitting quartet showcased vibrant compositions. Drummer Jeff Hamilton’s trio was the gold standard, spotlighting both top-notch musicianship and engaging arrangements/compositions.

Also impressive on the jazz stage was organist Tony Manaco’s trio, who flew high, doing standards and covers. Guitarist Yoshiaki Miyanoue’s Tokyo Quartet injected international flair into the festival with a great blending of standards and originals, even charming the audience with “Do You Know the Way to San Jose?” Another notable emerging artist was singer Sara Gazarek, graced by pianist Josh Nelson and trio for a fresh approach to standards, with some originals too. On the other hand, Joyce Randolph, a very experienced singer, utilized tried and true methods, with solid accompaniment for stirring songs covering blues, jazz and gospel.

In contrast, the Blues Stage was outside with a little area for shade. As hot as the weather was the scintillating sounds from the stage and surprisingly some brave souls were out dancing. The Red Hot Mamas, a Bay Area-based 11-person revue, made its concert debut and totally captivated the audience with its emotional singing and respectable playing. Shaw did double duty, appearing after her Main Stage set and getting into more Cajun-related blues. The Delmark Records Chicago Blues Review, with the support of the JC Smith Band, featured guitarists Toronzo Cannon and Dave Specter and vocalist Sharon Lewis. Harmonica player Kyle Rowland, a teenager and already a seasoned musician, initially got the stage going with smoking playing.

Blues continued with Northern California singer John Broadway Tucker, who showcased songs from his latest CD, Somebody New. Similar to the Mamas, and led by singer Lara Price, Girls Got the Blues let everyone know the women were all business and came to tear it up. The JC Smith Band came to the forefront with their own material and also featured, hard to believe, 12-year-old guitar virtuoso Ray Goren. Closing down the Blues Stage and the whole festival was Southern California bluesman guitarist/singer Coco Montoya. He mesmerized the audience with a merging of rock and blues playing, with the emotional “Too Much Water (Under the Bridge),” the Chicago-styled “You’d Think I’d Know Better by Now” and the hard-driving “I Want it All Back.”

Latin jazz and salsa styles each had their own stage, showcasing entertaining singers and musicians. Some of the noteworthy artists were Kat Parra Latin World Ensemble, Estaire Godinez, Jackeline Rago and the Venezuelan Music Project, Avance and Anthony Blea Y Su Charanga. World music informally occurred on some of the stages and formally was presented on the Jazz Beyond Stage. San Francisco’s Blackmahal boldly melded hip-hop, Punjabi, funk and rock. Even wilder was fellow bandleader Adam Theis & Subharmonic (from the Jazz Mafia), also from the Bay Area, exhibiting madcap brass forays and over the top songs.

Something not showcased extensively normally at jazz or music festivals was a variety of high school and college ensembles, including one from the Manhattan School of Music. At the Next Gen Stage 14 of them were given an opportunity to shine. Also, notable local and emerging artists were showcased on different stages, both inside and outside and the Silicon Valley Stage was dedicated solely to them. A Swing Stage was also part of the package and included lessons in between some of the bands for newbies. Special events, free and paid, were incorporated too, including Latin Jazz and Gospel Brunches, and a Jazz Mass. If all that wasn’t enough, a Club Crawl kept the party going after the stages shut down on Friday and Saturday nights. If one has the energy and interest for all of San Jose Jazz Summerfest’s events, it’s impossible to be bored.

Among the many physical, spiritual, and institutional losses related to the still-ongoing pandemic is that of Los Angeles’ renowned Playboy Jazz Festival (PJF) at the … END_OF_DOCUMENT_TOKEN_TO_BE_REPLACED

It’s difficult to imagine what the stage and the audience would have looked like at Gaillard Center in Charleston, South Carolina, if Rhiannon Giddens’ new … END_OF_DOCUMENT_TOKEN_TO_BE_REPLACED

“It’s time to imagine a place where we can come together,” Danilo Pérez said from the hallowed stage of Washington, D.C.’s historic Sixth & I … END_OF_DOCUMENT_TOKEN_TO_BE_REPLACED

At the Zeiders American Dream Theater in Virginia Beach, Va., between April 8 and 10, the Vocal Jazz Summit convened in person for the first … END_OF_DOCUMENT_TOKEN_TO_BE_REPLACED