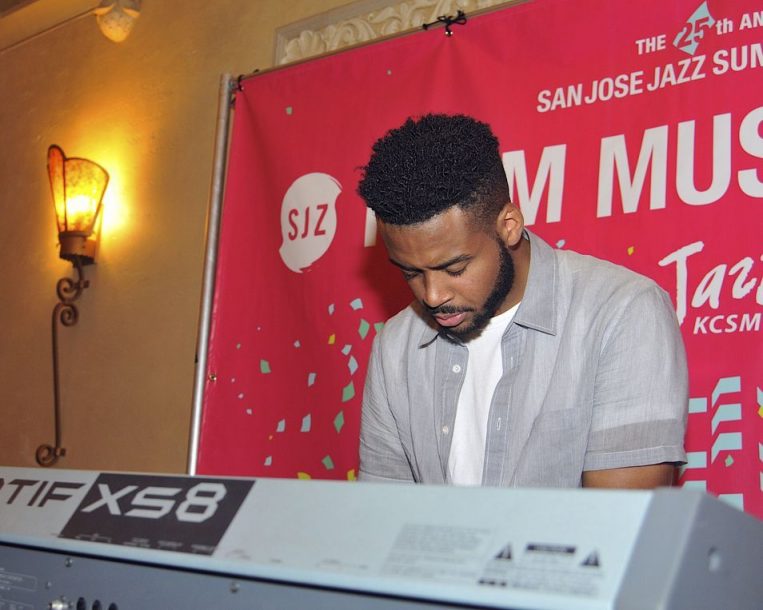 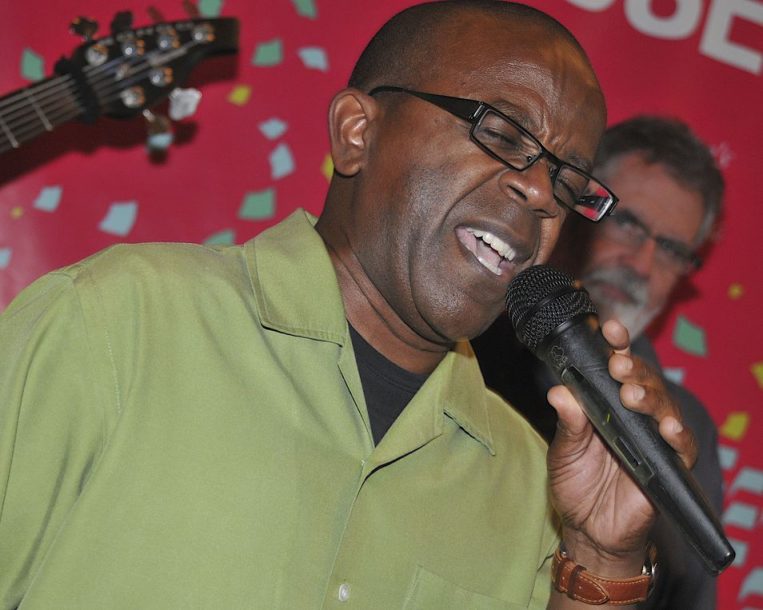 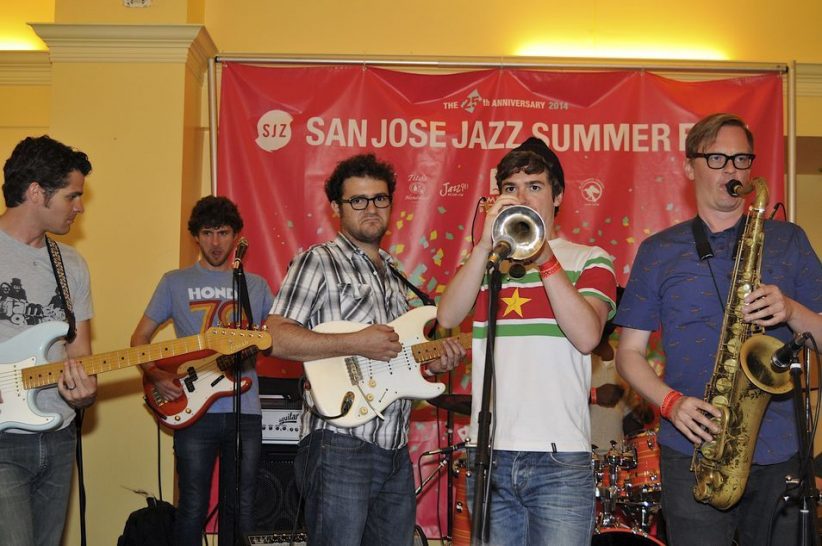 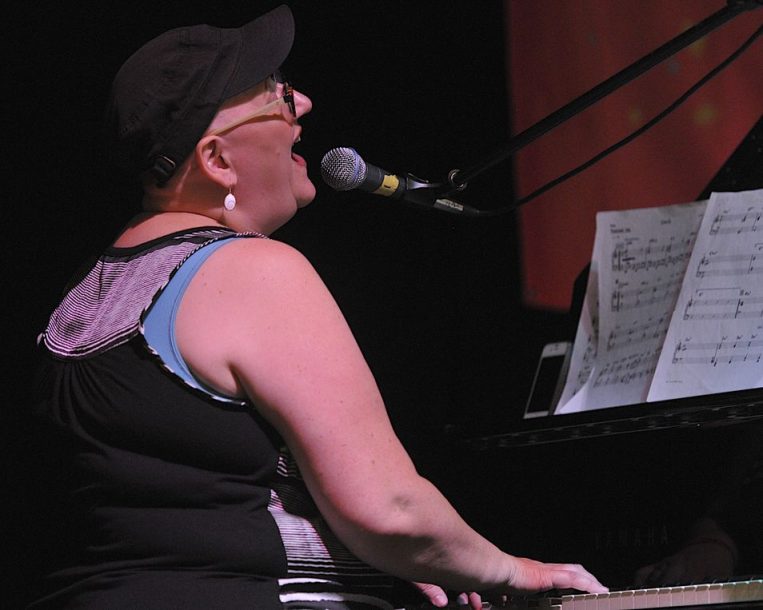 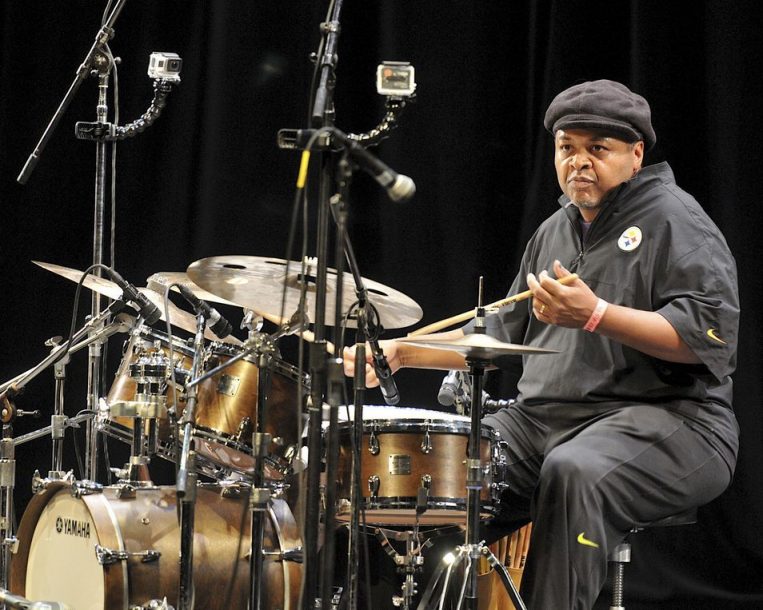 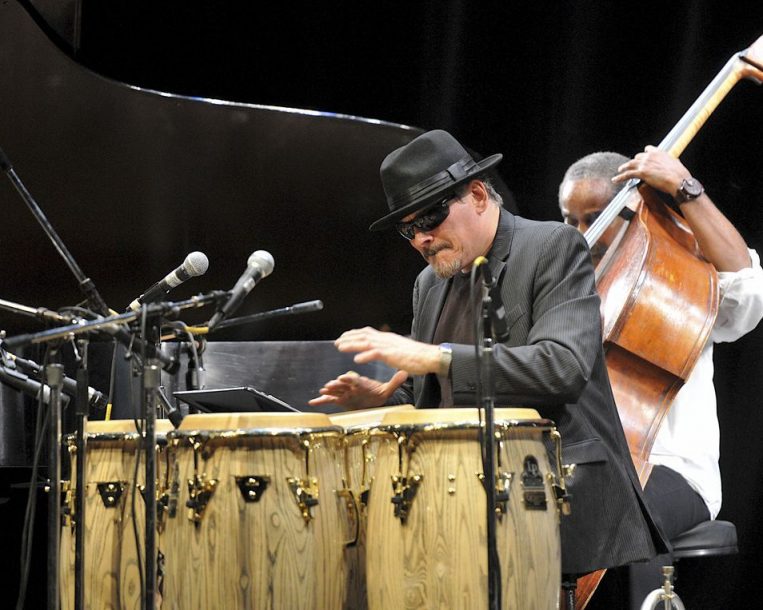 Silicon Valley packs an international wallop when it comes to high tech, but in arts and culture the South Bay has long punched well under its weight. That’s starting to change, especially when it comes to jazz. The 10th largest city in the country, San Jose now boasts one of the best jazz clubs on the West Coast, Café Stritch, and a festival, San Jose Jazz’s Summer Fest, that has established itself as one of the nation’s premiere showcases for Latin jazz and its essential tributaries.

Celebrating its milestone 25th season last weekend, Summer Fest struck an ideal balance between highlighting the region’s wealth of talent and presenting top acts from out of town. Taking over about 10 downtown city blocks surrounding the Plaza de César Chávez, the event unfolded on a dozen stages, making use of theaters, clubs and outdoor stages set up for the weekend. Warm weather, abundant parking, and a bargain basement ticket price ($20 in advance provided day-long access to every stage except one) attracted a family-friendly crowd, including a large contingent from out of the area.

In many ways, the festival follows a familiar script, presenting an array of styles. R&B acts like Bootsy Collins, Ledisi and Snarky Puppy generated the most buzz in the media, while blues, zydeco and New Orleans funk were also well represented. But this isn’t an event that trades on jazz’s cultural cache without giving the music its due. I drove down from Berkeley on Saturday morning, and the day kicked off with a dazzling solo keyboard recital on a Yamaha by Kris Bowers that climaxed with a luscious original ballad that sounded like a cross between Billy Strayhorn and Fred Hersch.

At Café Stritch, Bay Area vocalist Kenny Washington, who ranks amongst the finest male jazz singers in the world, dug into American Songbook standards featured on his upcoming album with saxophonist/arranger Michael O’Neill, soaring through “All the Things You Are” and wringing every gram of pathos out of “Alone Together” as if they were written for his soul-drenched voice. Over at the Fairmont Hotel’s Club Regent, another underappreciated singer, Vancouver’s Jennifer Scott, performed with the bi-national band Crossing Borders, featuring her husband, bassist Rene Worst, and three South Bay stalwarts, saxophonist Kristen Strom, her husband, guitarist Scott Sorkin, and drummer Jason Lewis. Opening with “Smile” as a duet between Strom and Scott, who also plays piano, the band played several pieces from the new album Sojourn, including a ravishing version of Hersch’s “Rain Waltz” (with lyrics by Cheryl Pyle).

The healthiest development in recent years is that the festival isn’t unfolding in a vacuum. The event effectively captured the growing strength of the San Jose scene by using two well-run venues within blocks of each other, the straight-ahead Stritch and the Blackbird Tavern, which hosted a fervent set by Snarky Puppy to an audience that flowed out 20 feet back onto the sidewalk. “This is definitely the smallest space we’ve played in a while,” Michael League said. Later in the evening, trombonist Wayne Wallace’s Latin Jazz Quintet led a descaraga that drew an impressive coterie of musicians.

Another sure sign that Summer Fest has come of age is that it attracts several satellite events, like a Motéma Music showcase that included label founder and owner Jana Hertzen with Charnett Moffett, the Marc Cary Focus Trio and the Pedrito Martinez Group (who ruled the festival on Sunday with three stellar sets). B-3 evangelist Pete Fallico’s 6th Annual Jazz Organ Fellowship Tribute has become a Summer Fest annex, and this year’s concert featured Japanese organ mavens Midori Ono and Atsuko Hashimoto with a mixed crew of accompanists including Yutaka Hashimoto, Hideki Kawamura, Dylan Hicks, Carl Lockett, Akira Tana and Houston Person (who also made numerous appearance throughout Sunday). But the weekend’s most exciting performance took place as part of Café Stritch’s 2nd annual Rahsaanathan, an event that piggybacked on Summer Fest without actually being under San Jose Jazz’s auspices.

With ties to Rahsaan Roland Kirk dating back decades, the club acquired and mounted his stritch and top hat behind the bandstand. The weeklong Rahsaanathan opened a few days before the festival with baritone saxophonist Clare Daly’s Rah! Rah! featuring John Kruth on Aug. 5-6. For the nights overlapping with Summer Fest, Steve Turre brought in the same band as last year, billed as the Eulipion All-Stars, with Charles McNeal on alto and soprano sax, pianist Matt Clark, bassist Marcus Shelby, vocalist Terrie Odabi and drummer Darrell Green. But this year he added James Carter into the mix, and the results were combustible. I caught the last of the three-night run on Saturday, and from the three-horn blast of “Three For the Festival,” the rapturous “Stepping Into Beauty,” a flute feature for Carter, and Turre’s conch work on “The Inflated Tear” Kirk’s spirit was in the house.

The presence of Betty Neals, who offered a joyous recitation of “When Melindy Sings,” and Rahsaan’s widow Dorthaan Kirk, who offered her thanks to Stritch’s proprietors, the Borkenhagen family, the joint overflowed with soul (and listeners, as the room was packed until the wee hours). The loose and anything-goes feel of the evening continued to pay dividends as Turre invited searing East Bay blues guitarist and vocalist Alvon Johnson to the stage for an impromptu blues in b that ended up as a guitar/conch face-off. Odabi, a rising force on the Bay Area blues scene, was a little underutilized, but she sounded glorious, adding her voice to the brassy mix.

After the late night action at Stritch, Sunday kicked into high gear early with a noon performance by the Pedrito Martinez Group on the main stage in Plaza de César Chávez. East Bay-raised vocalist Denise Perrier, a veteran performer mentored by Louis Armstrong in the late 1950s, gave a sneak preview of material she’ll be bringing to Jazz at Lincoln Center for a tribute to Dinah Washington with tenor saxophonist Houston Person and pianist Tammy Hall. In one of the festival’s few inexplicable moves, Catherine Russell was shunted off to the blues stage, when she and her listeners would have been far better served with a spot on the main stage. No matter, she ruled the roost, delivering a typically revelatory set that encompassed bawdy 1920s blues (“You’ve Got the Right Key, but the Wrong Keyhole”), Wynonie Harris jump blues (“Quiet Whiskey”), tender Fats Waller (“Blue Turning Grey Over You”) and L.C Cooke soul (“Let Me Down Easy”). It was the perfect conclusion to an event that just keeps getting stronger.

The 2022 Newport Jazz Festival’s three days of sunshine were bracketed, more or less, by a pair of all-star ensemble jams that included Christian McBride. … END_OF_DOCUMENT_TOKEN_TO_BE_REPLACED

In its first full edition since the onset of the pandemic, and with a new director of programming, the Festival International de Jazz de Montréal … END_OF_DOCUMENT_TOKEN_TO_BE_REPLACED

Among the many physical, spiritual, and institutional losses related to the still-ongoing pandemic is that of Los Angeles’ renowned Playboy Jazz Festival (PJF) at the … END_OF_DOCUMENT_TOKEN_TO_BE_REPLACED

It’s difficult to imagine what the stage and the audience would have looked like at Gaillard Center in Charleston, South Carolina, if Rhiannon Giddens’ new … END_OF_DOCUMENT_TOKEN_TO_BE_REPLACED