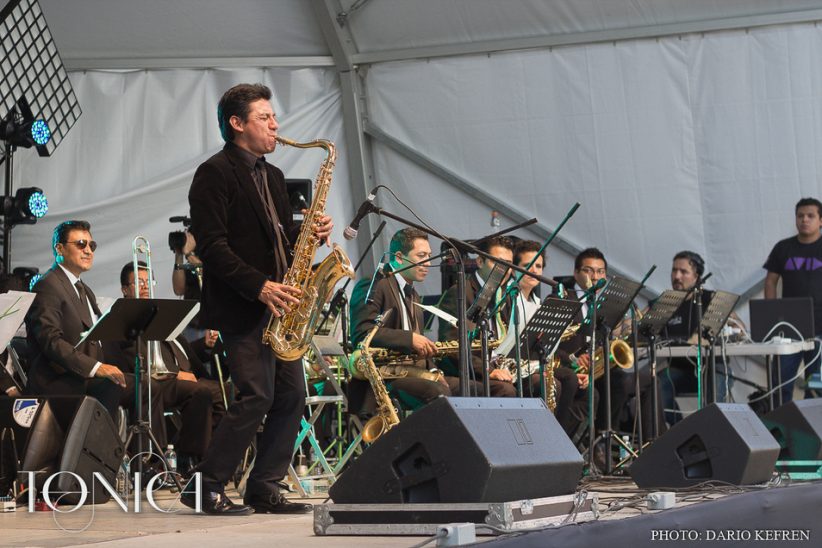 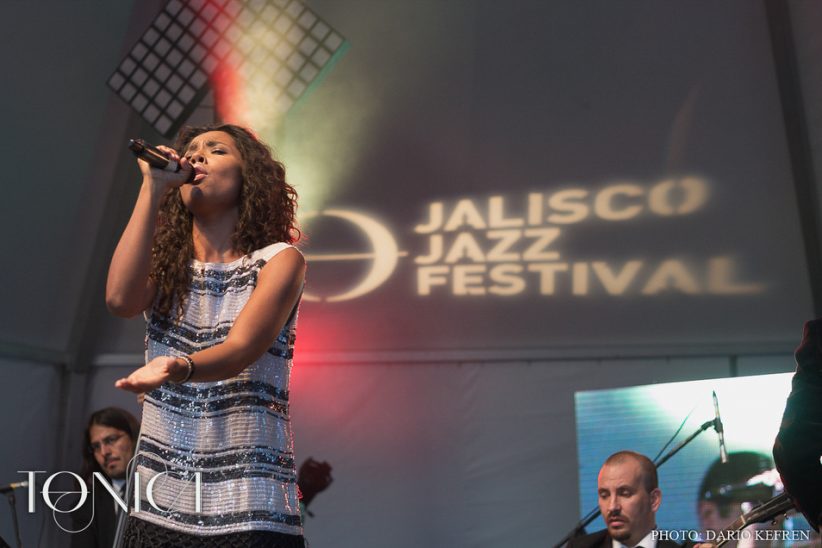 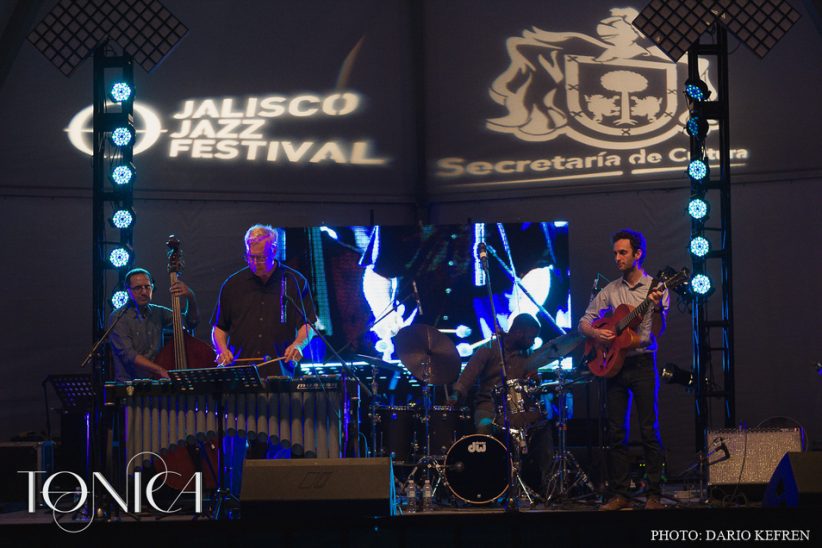 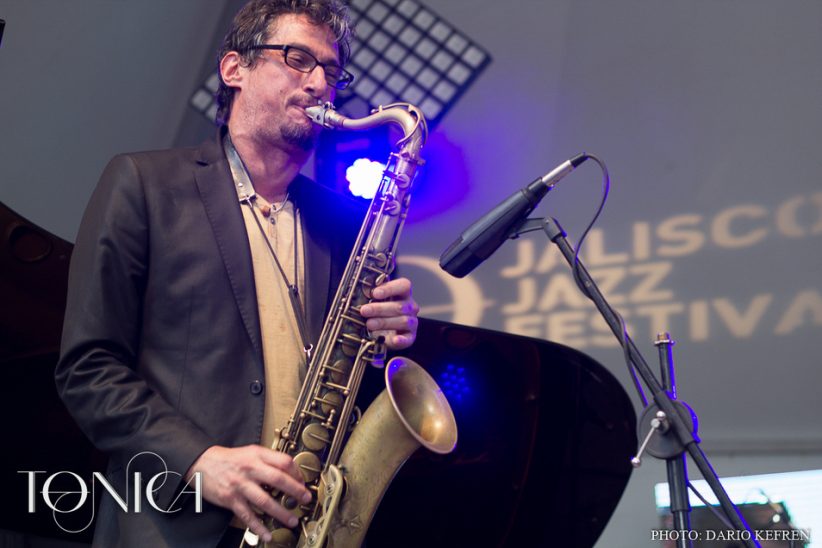 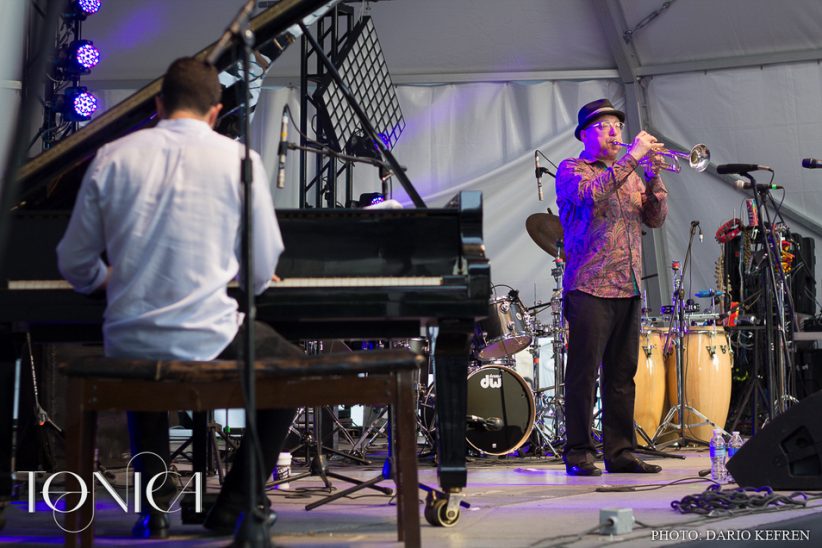 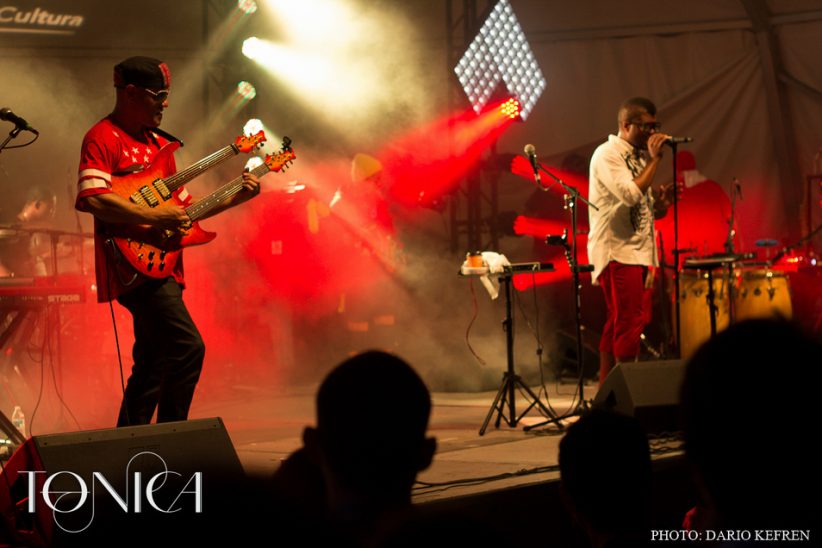 As a storm brewed over Guadalajara the night of July 6, the Screaming Headless Torsos closed out the second annual Encuentro de Jazz en Jalisco, delighting a multitude of screaming Mexican fans at the Instituto Cultural Cabañas. Guitarist David Fiuczynski, the leader of the omnivorous group, known for its electrified hybridization of jazz, prog-rock, psychedelia, rap and microtonal experimentation, turned around and began shaking his backside. “Make some noise!” he said. The frenzied tapatíos, as Guadalajara residents are known, gladly obliged, clapping along regardless of the time signature. Come hell, high water or both, the crowd was not going anywhere. The Torsos, the festival’s headlining act, spent the July 4th weekend practicing their Spanish for one big reason: they’re huge in Mexico.

Latin-infused cosmopolitanism characterized the festival, which took place from July 3 through 13, featuring an array of Mexican and American artists cultivating the cross-fertilization of jazz across the Americas. In addition to the Torsos, vibraphonist Gary Burton, multireedist David Murray and trumpeter Brian Lynch, all of whom touted their connection to Latin tradition, joined Mexican artists saxophonist Diego Maroto, Big Band Jazz de Mexico and the Bad Boys Blues Preservation Band for a weekend in Guadalajara’s picturesque historic district.

Though Guadalajara is not known for its jazz scene, Mexico’s second largest city and the capital of the state of Jalisco boasts a rich folkloric heritage: the birthplace of mariachi music, an outgrowth of son Jalisciense, the nearby town of Tequila, made famous by its chief export, a strong ecumenical backbone, and the wide sombrero. Yet Guadalajara transcends these cultural markers, with its ornate neo-classical architecture and filigreed plazas, a cosmopolitan commercial hub, a thriving community of artists and artisans steeped in the Aztec tradition and a varied live music scene ranging from local salsa acts to the Jalisco Philharmonic. The University of Guadalajara, with a student body exceeding 225,000, imbues the city with a youthful counterculture that comprised most of the festival audience.

Tenor saxophonist Diego Maroto and his Asian Trio, aptly named for the persuasion of its other two members, bassist Jonathan Ho and drummer Benjamin Low, performed compositions from their live album recorded at Kuala Lumpur jazz club No Black Tie. Maroto’s sensibility favors vertiginous cascading notes, gradually stripping a polished technical veneer as he takes it as far out as he can go. Maroto is palpably influenced by David Murray, whose act followed.

Murray’s Infinity Quartet, with bassist Jaribu Shahid, drummer Nasheet Waits and Orrin Evans in the rotating piano chair, has the World Saxophone Quartet iconoclast asymptotically approaching the harmonic limits of his material on tenor saxophone and bass clarinet within a comparatively accessible framework (collaborations with Macy Gray, Gregory Porter and Saul Williams have aided that project). His invigorating take on the late Butch Morris’s “Spooning” and his own Albert Ayler-inspired “Flowers for Albert,” the lyrical title track from his 1976 debut as a leader, shows that the free jazz master still has more to say. As Murray broke the altissimo barrier on a combustible cadenza, Dolphy, a Guadalajara ice cream store chain a stone’s throw from the festival tent, seemed apropos.

Brian Lynch premiered a duo project with the promising pianist Emmet Cohen, a former student at the University of Miami, where private lessons evolved into a mix of standards and originals for a forthcoming album on Lynch’s Hollistic MusicWorks label. Rather than drawing from his Latin work with Eddie Palmieri, Lynch mined territory previously explored by Kenny Wheeler and John Taylor, though Cohen’s frenetic arpeggios and polyrhythmic feel created a more buoyant aesthetic; standouts included “Over the Rainbow,” “Just in Time” and Cohen’s “Mystic Arrow.”

The Screaming Headless Torsos closed out the festival with selections from Code Red, scheduled for release this summer, their first studio album since 2006 outing Choice Cuts (FuzeMore). Zappa meets MMW, with a backline bolstered by versatile percussionist Daniel Sadownick and a bracing debut from 23-year-old bassist Dwayne “MonoNeon” Thomas, a former student at Berklee College of Music of Fiuczynski. As the Torsos unleashed microtonal hell and the wind kicked up, heat lightning in the distance presaging the downpour to come, the Torsos’ Mexican fans got what they came for, paraphrased by vocalist Freedom Bremner: “Lust for life, and life for lust.”

The 2022 Newport Jazz Festival’s three days of sunshine were bracketed, more or less, by a pair of all-star ensemble jams that included Christian McBride. … END_OF_DOCUMENT_TOKEN_TO_BE_REPLACED

In its first full edition since the onset of the pandemic, and with a new director of programming, the Festival International de Jazz de Montréal … END_OF_DOCUMENT_TOKEN_TO_BE_REPLACED

Among the many physical, spiritual, and institutional losses related to the still-ongoing pandemic is that of Los Angeles’ renowned Playboy Jazz Festival (PJF) at the … END_OF_DOCUMENT_TOKEN_TO_BE_REPLACED

It’s difficult to imagine what the stage and the audience would have looked like at Gaillard Center in Charleston, South Carolina, if Rhiannon Giddens’ new … END_OF_DOCUMENT_TOKEN_TO_BE_REPLACED