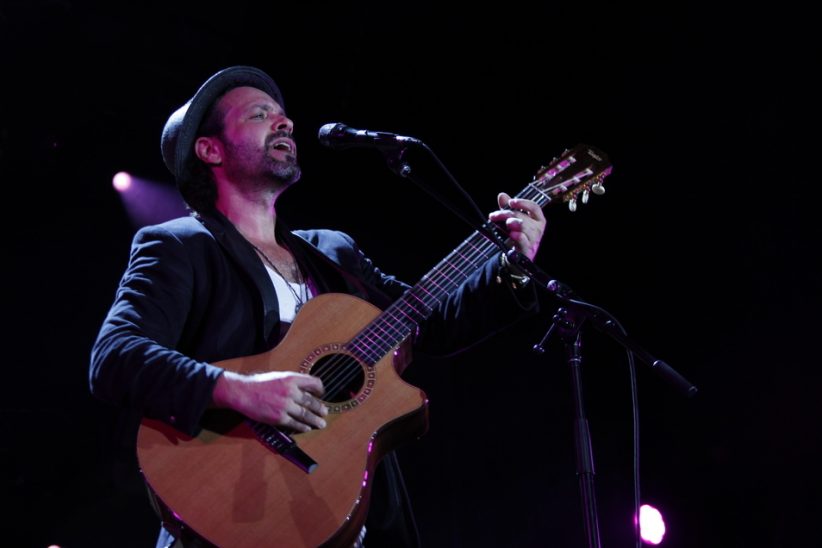 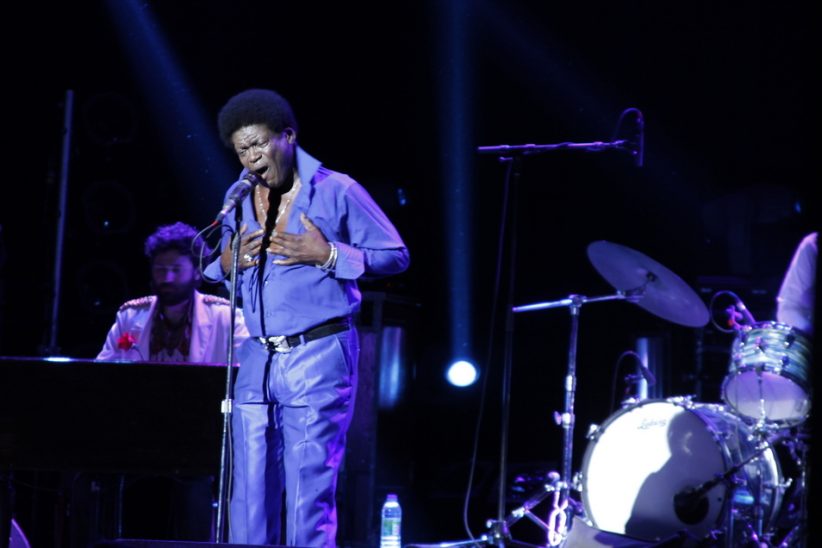 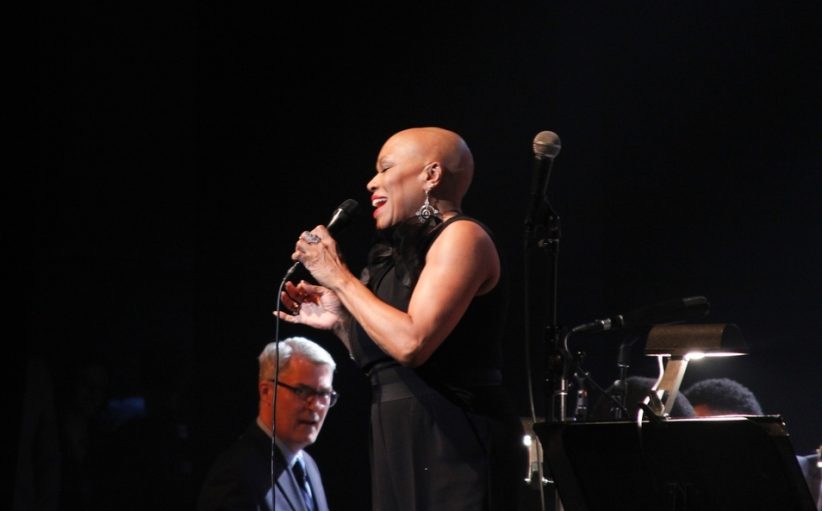 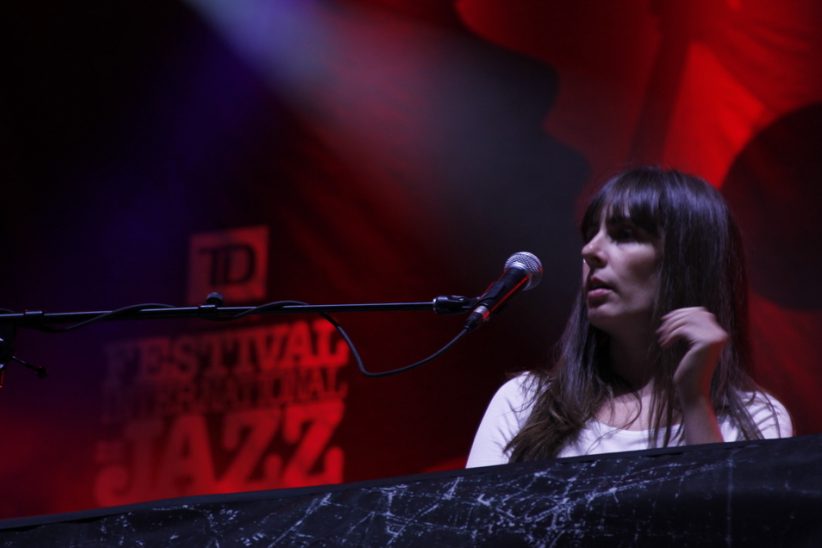 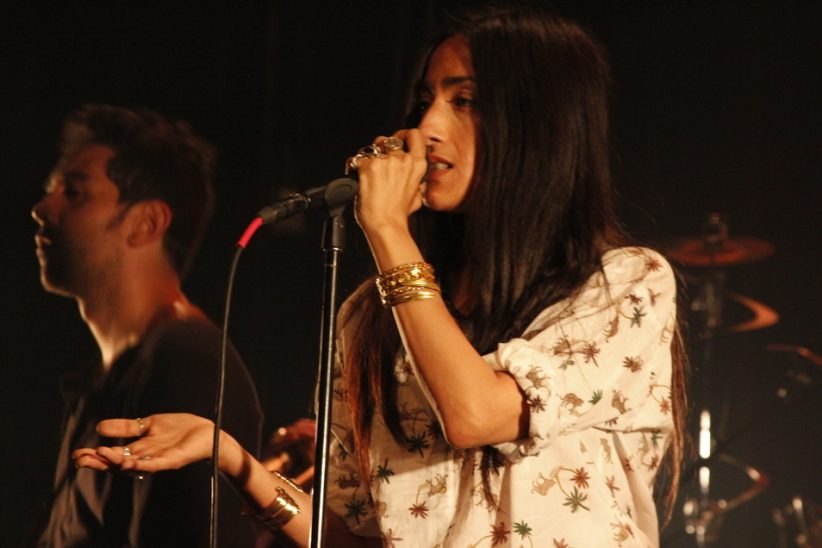 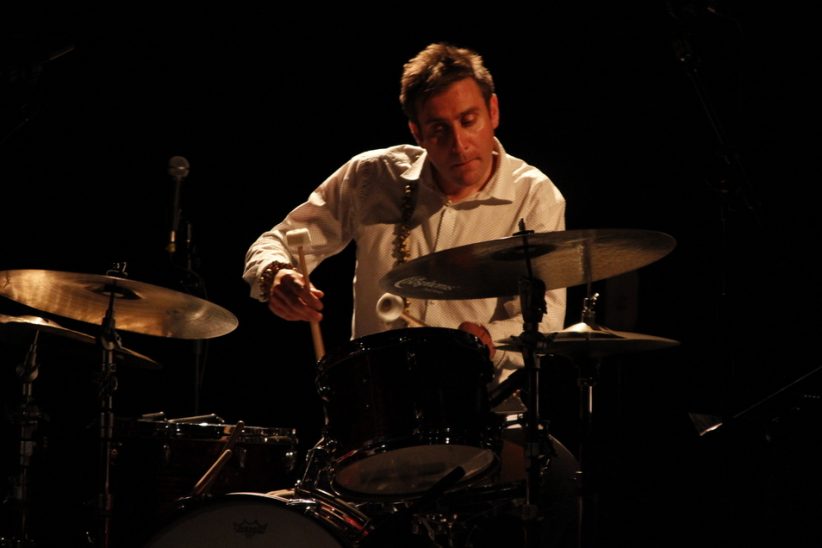 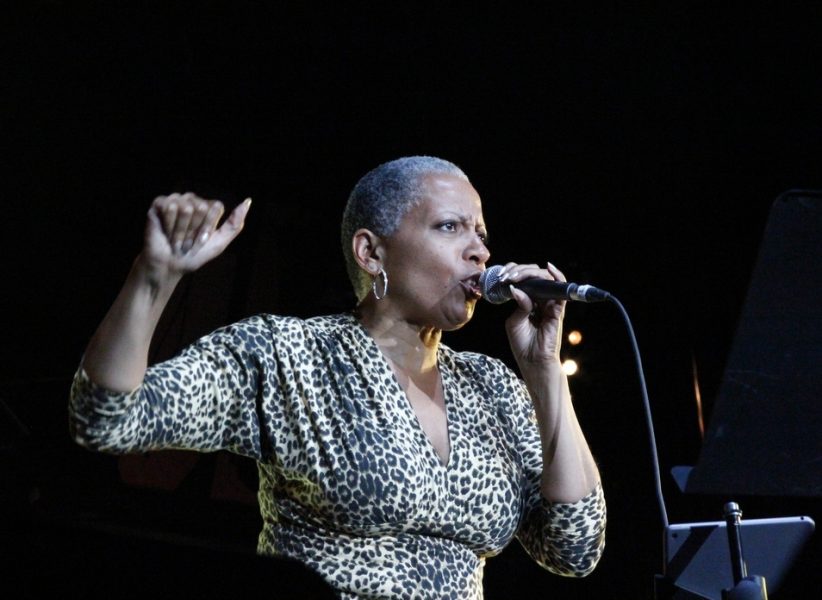 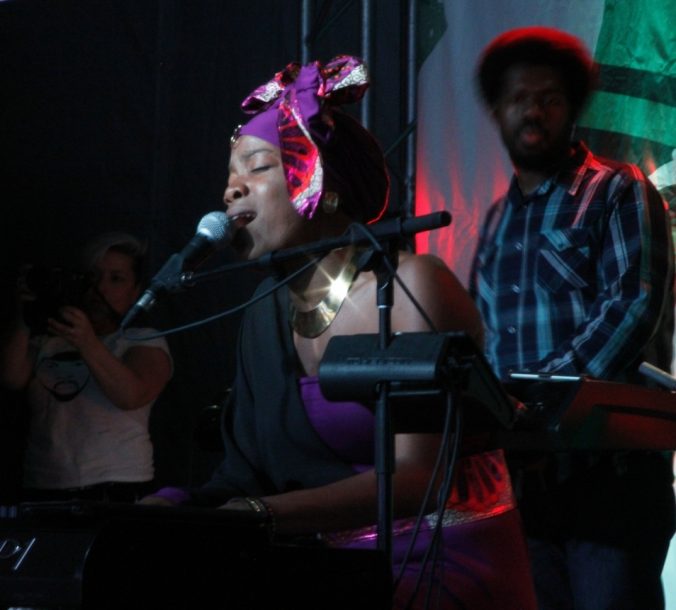 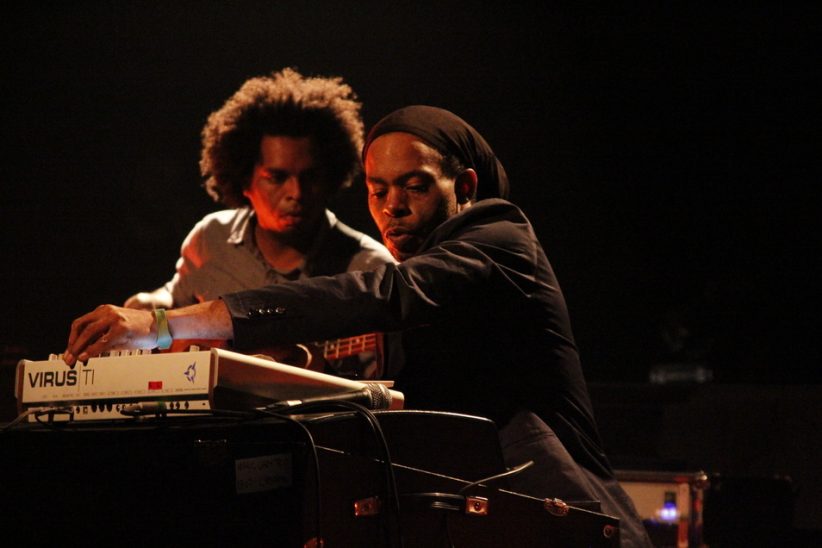 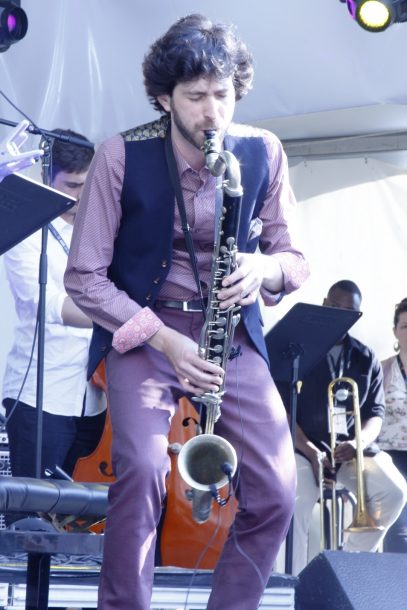 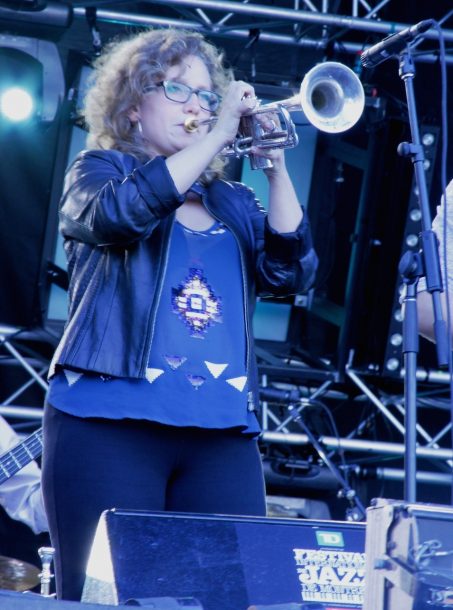 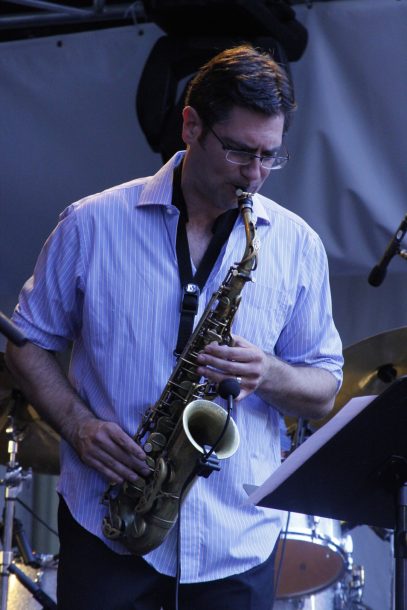 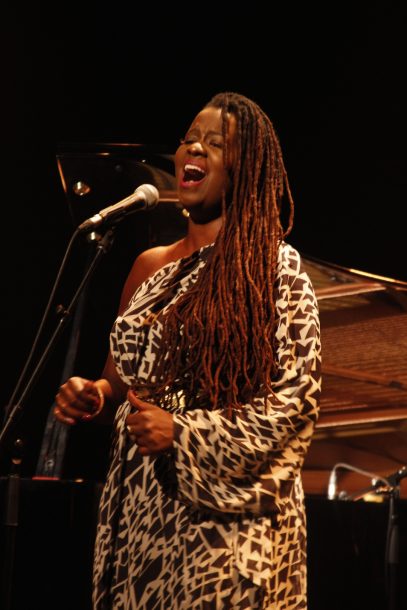 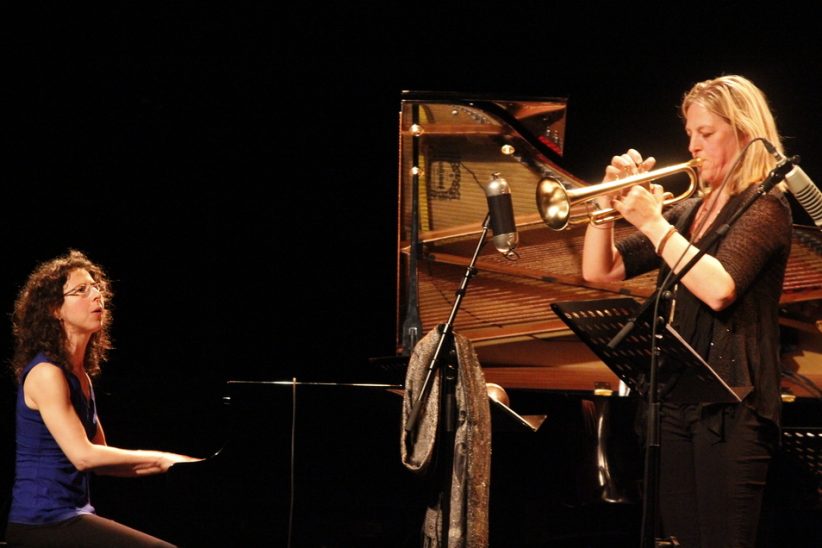 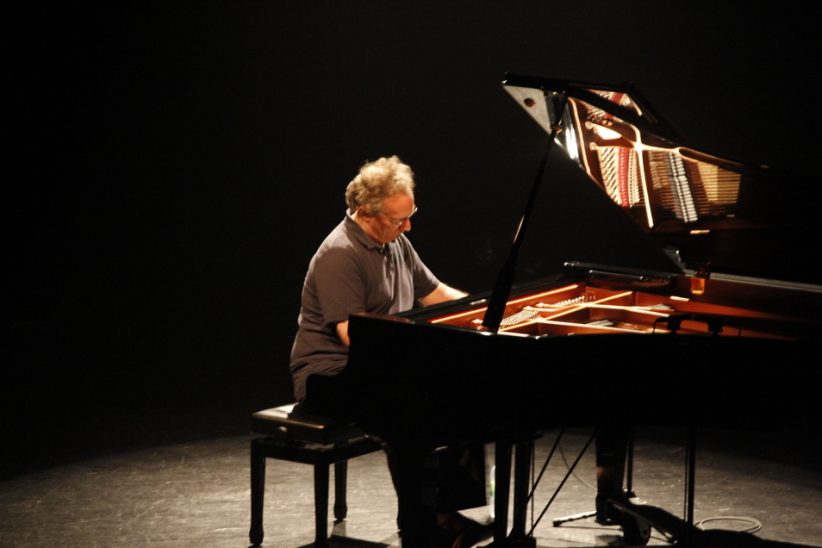 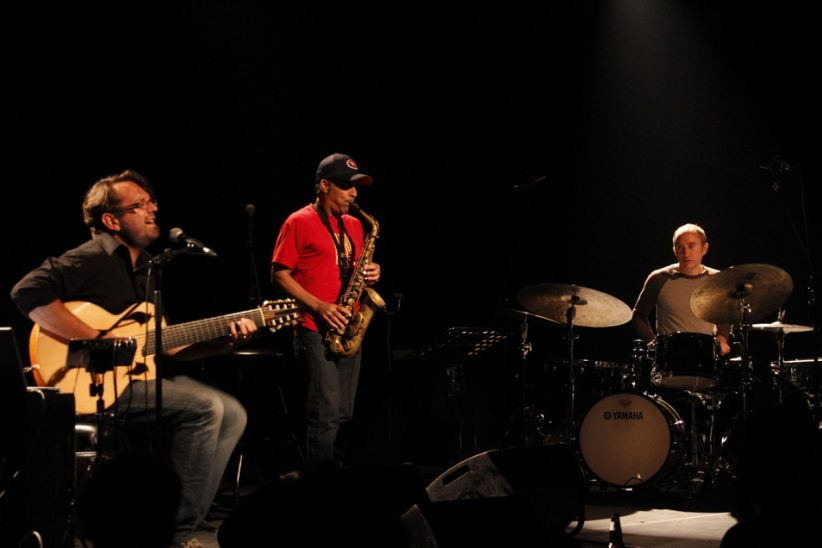 There was an abundance of quality music during the remaining days of the Festival International de Jazz de Montréal, representing a broad spectrum both within the genre and beyond. From big-ticket names and jazz elders, such as Dee Dee Bridgewater (who performed with the New Orleans Jazz Orchestra), Russell Malone, Harold Mabern and Ron Carter, to up-and-comers and experimentalists, such as guitarists Gilad Hekselman, Kurt Rosenwinkel and the duo of Nels Cline and Julian Lage, vocalist Somi, and trumpeter Dave Douglas, who presented High Risk, his electro-acoustic project featuring Mark Giuliana, Jonathan Maron and Shigeto.

A festival for all tastes, there were Jamie Cullum and Huey Lewis and the News alongside a blues triple bill featuring Harry Manx (replacing the ailing Taj Mahal) with John Mayall and James Cotton; there were numerous international artists hailing from Italy, Denmark, Japan, Israel and Lebanon, and there was gospel and retro-soul-a highlight being the exhilarating Daptone double bill of Naomi Shelton and her Gospel Queens (check Cold World), followed by Charles Bradley and the Extraordinaires.

It wasn’t easy giving up the chance to see Brazilian singer-songwriter-guitarist Joyce Moreno, but I just had to catch Montreal’s own Marianne Trudel and her trio, with trumpeter Ingrid Jensen. Playing music from her superb recent recording, La vie commence ici (Life Begins Here), which features Jensen, the pianist illustrated not only her evocative, masterful playing, but also her gift for writing stunningly emotive and memorable compositions, fleshing them out with alternating dynamics and captivating arrangements. A standout was “Soon” (which Trudel performed the following night with the Orchestre National De Jazz De Montréal, conducted by Christine Jensen). With the horns stating the melody, Jensen highlighted the tune’s emotional core, saxophonist Jonathan Stewart adding shimmering tones, Trudel exploring the full arc of the composition.

And then it was on to the Wayne Shorter Quartet.

The word “telepathic” is sometimes used to describe the strong rapport and interconnection among bandmates; it seems, though, that it should be reserved for this group alone. Shorter’s brilliant quartet with Danilo Pérez, John Patitucci and Brian Blade-a true wonder-delivered a mesmerising set defying description, and creating some of the festival’s most memorable moments. Interchanging soprano and tenor, Shorter, 81, stoically led his adventurous group, often nodding approvingly at their spirited dialoguing (at one point Blade nearly knocked over his kit with the sheer force of his drumming), the rhythm section exchanging knowing, jubilant glances. A truly uplifting experience.

Marc Cary and his formidable trio (Rashaan Carter on bass and Sameer Gupta on drums and tabla) performed two stimulating sets at L’Astral. Hitting the road to Montreal at 3 a.m., immediately after his weekly Thursday night Harlem Sessions at Gin Fizz in New York City, Cary anticipated there might be some quirkiness in store; instead, there were shifting, assertive grooves and layered soundscapes, Cary bending notes on Rhodes and Access Virus synthesizer. The trio delved into material drawn partly from his recent Rhodes Ahead Vol. 2, performing renditions of Harold Mabern’s “Beehive,” Hermeto Pascoal’s “Little Church” and Abbey Lincoln’s “Throw It Away,” Cary’s bandmates serving as perfect foils for his unique electro-acoustic concept.

Drummer Jim Doxas, a leading figure on the local jazz scene (and host of the well-attended, unofficial jam session at the House of Jazz), played with his tight-knit trio at L’Astral. Presenting material from Blind Leap, his excellent debut as a leader, Doxas’ versatility, inventiveness and nuanced playing were on display right from the start; opening with a slow-paced rendition of the ancient hymn “O Sacred Head, Now Wounded,” he played sans sticks or mallets, making his drum kit sing with just his palms, coaxing sound out of the bells draped around his torso. Continuing with pianist Paul Shrofel’s ever-expanding “Act One” (featuring bassist Adrian Vedady) and a re-harmonized version of the ballad “My Old Flame,” Doxas demonstrated just how deserving he is of broader recognition.

Drawing approximately two million visitors, this festival dedicates two-thirds of its budget to free programming, offering 350 free outdoor shows in total. There are usually a few bands simultaneously playing the outdoor stages spread across the festival grounds, the main TD stage drawing the largest crowds. Adam Cohen (son of Montreal icon Leonard Cohen), played two sets on this stage on July 4th, performing the anthemic “Uniform” and “Beautiful,” dedicated to his son Cassius, who was in the audience. “I’m taking it all in,” he said, looking out at the audience of several thousand. Having found his voice within a daunting family tradition, Cohen has clearly established his own following.

Among the artists caught outdoors:

Guadeloupe-born, Montreal-based singer-songwriter Malika Tirolien played two high-energy sets showcasing her powerhouse vocals as well as her alluring compositions. Playing keys and singing in English, French and French Creole, Malika performed tunes from her debut Sur la voie ensoleillée (On the Sunny Path), a highlight being “Sew” (loosely translating from Creole as “it’s all in you”), which she had performed several nights earlier with Snarky Puppy at the sold-out Metropolis.

Oran Etkin, armed with his bass clarinet and supported by a local band, presented material from Gathering Light, influenced by music he discovered while touring through Asia. The intriguing set by this Israeli-born, N.Y.-based clarinetist and tenor saxophonist included the Indonesian folk tune “Gambang Suling,” the bluesy traditional Japanese lullaby “Takeda” and the poignant “Shirim ad Kan” by Israeli composer Nachum Heiman.

Promising young Québécoise trumpeter Rachel Therrien, winner of the festival’s TD Grand Jazz Award, hit the festival’s main stage with music drawn from her recent Home Inspiration, later performing at the Bleury Bar Vinyl, which offered musicians and listeners a place to close out the night, different local artists playing alongside musicians from the US.

This year’s grand outdoor closing event-attended, as usual, by tens of thousands-was a blues concert in memory of B.B. King, with leading figures on the Québécois blues scene including harmonica legend Guy Bélanger, Bob Walsh, Jordan Officer, Kim Richardson, Mike Goudreau and others.

Wrapping things up late night at the Gesù, N.Y. pianist Uri Caine fused jazz with classical music seamlessly; his rendition of the Beatles’ “Blackbird” weaved in and out of “It Don’t Mean a Thing (If It Ain’t Got That Swing),” illustrating his mastery of the keyboard as he playfully re-worked the familiar melody into shifting, surprising rhythmic and harmonic forms. A perfect way to end this journey.

The 2022 Newport Jazz Festival’s three days of sunshine were bracketed, more or less, by a pair of all-star ensemble jams that included Christian McBride. … END_OF_DOCUMENT_TOKEN_TO_BE_REPLACED

In its first full edition since the onset of the pandemic, and with a new director of programming, the Festival International de Jazz de Montréal … END_OF_DOCUMENT_TOKEN_TO_BE_REPLACED

Among the many physical, spiritual, and institutional losses related to the still-ongoing pandemic is that of Los Angeles’ renowned Playboy Jazz Festival (PJF) at the … END_OF_DOCUMENT_TOKEN_TO_BE_REPLACED

It’s difficult to imagine what the stage and the audience would have looked like at Gaillard Center in Charleston, South Carolina, if Rhiannon Giddens’ new … END_OF_DOCUMENT_TOKEN_TO_BE_REPLACED