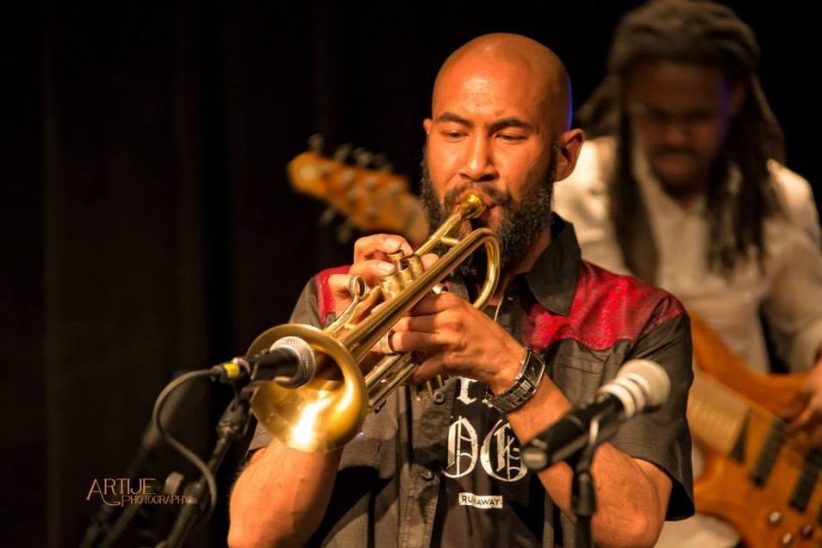 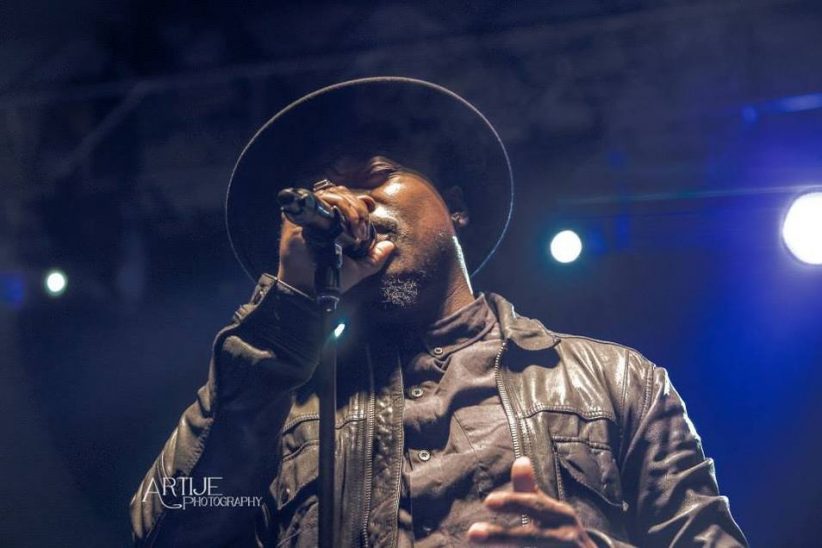 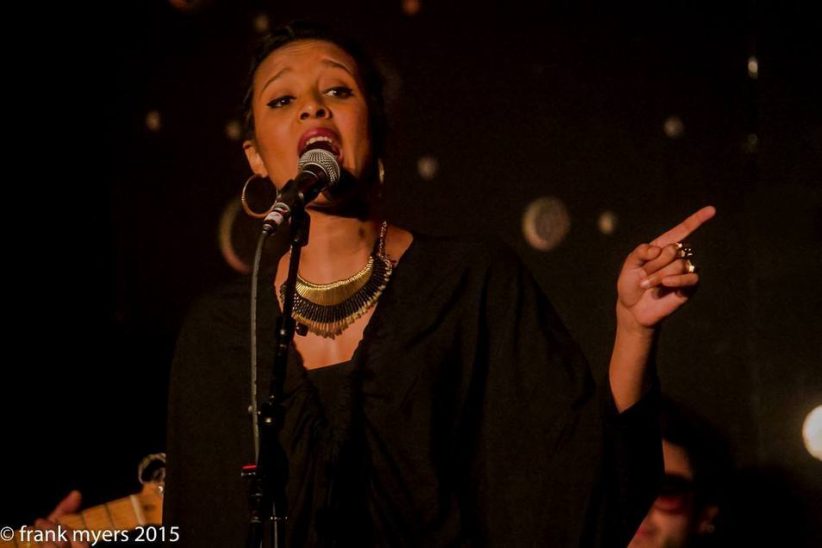 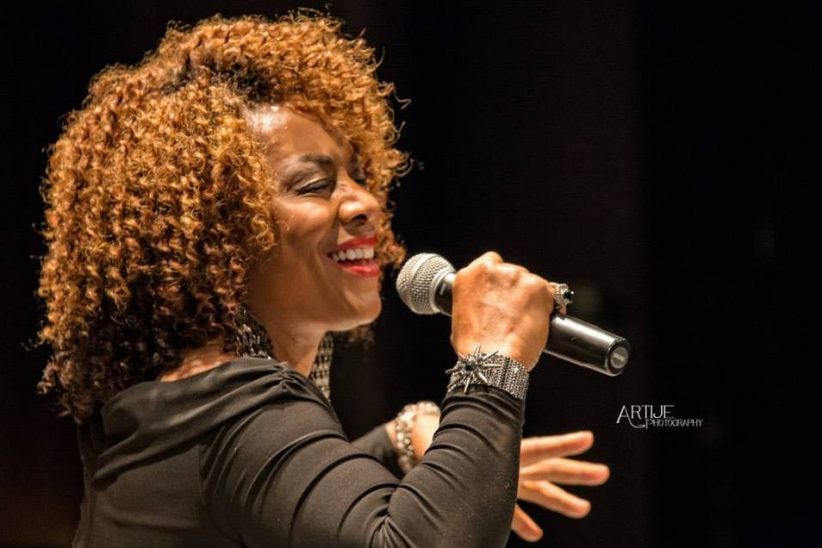 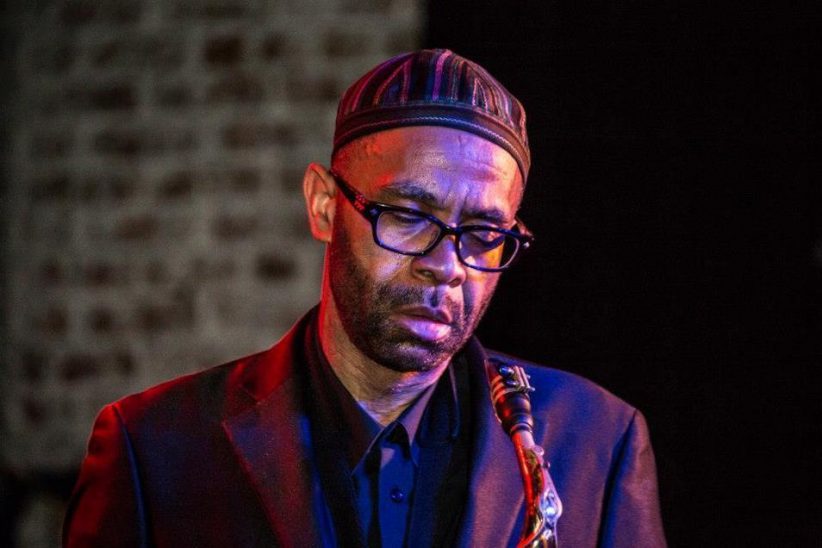 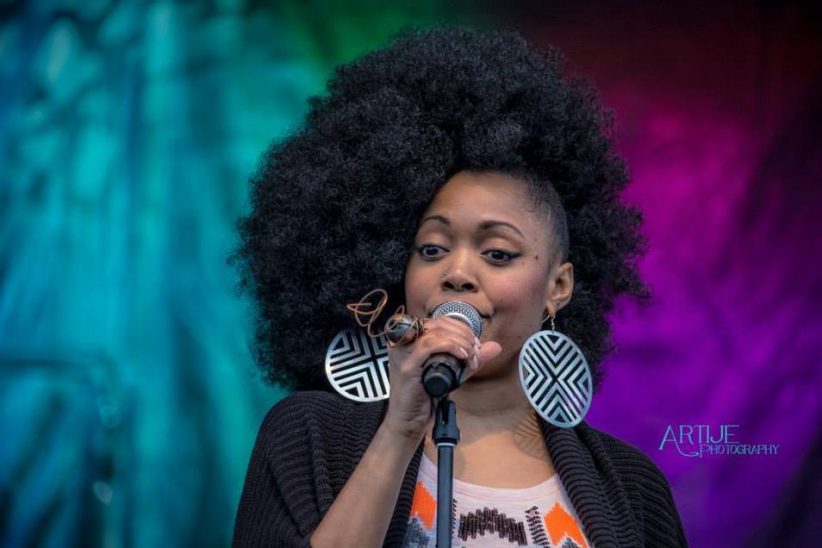 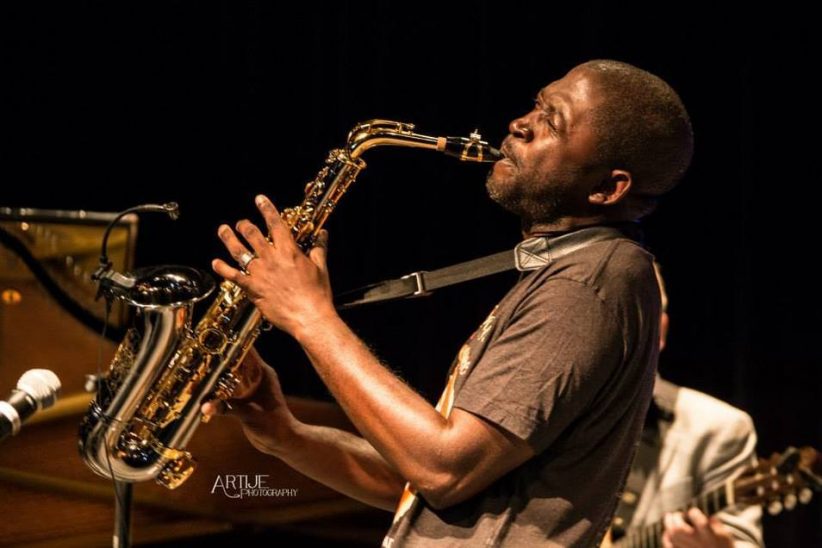 Similar to its inaugural launch last year, the second annual Art of Cool Fest in Durham, N.C. (April 24-26), showcased an impressive jazz lineup without billing itself as a jazz festival. “From day one we wanted to stay away from the word ‘jazz’ in our name to offer a level of accessibility,” explained Cicely Mitchell, who co-founded the festival with trumpeter Al Strong. “Unfortunately we find that the word ‘jazz’ is a turn-off for non-jazz listeners.”

Nestled in Bull City’s downtown area and utilizing five venues of walkable distance from one another, this year’s event boasted 33 acts, including such superlative jazz musicians as saxophonist Kenny Garrett, vocalist Eve Cornelious, pianist Kris Bowers, trumpeter Takuya Kuroda and the Hypnotic Brass Ensemble, alongside top-notch R&B acts such as Jesse Boykins III, Anthony Hamilton, Carlitta Durand and Mumu Fresh. Indeed, the organizers’ ability to mix jazz and R&B with intelligence was impressive; in less-savvy hands, the proceedings could have easily tipped into the “smooth-jazz-festival” realm, where jazz is little more than a marketing signifier designed to give the festival an air of sophistication. But from the event’s eye-catching program artwork, which echoed Reid Miles’ iconic work for Blue Note Records, to its full embrace of hip-hop-influenced youth culture, the Art of Cool Fest appeared as if it was curated by forward-thinking impresarios like Gilles Peterson or Meghan Stabile, both of whom are renowned for presenting jazz and integrating its essence within the zeitgeist of hip alternative music.

Presenting funk-jazz veteran Roy Ayers as its opening headliner at Durham Armory certainly gave the festival a cool factor. He and his seasoned ensemble delighted the cheering crowd with hits from his ’70s songbook, including “Everybody Loves the Sunshine” and “Running Away.” That set provided the basic aesthetic template for the festival. Within that framework, the festival offered an expansive stylistic canvas of jazz, ranging from Marc Cary’s probing, funk-informed Rhodes Ahead trio set at the Pinhook to Gretchen Parlato and Alan Hampton’s bracing, stripped-down duo concert at the PSI Theatre.

Jazz-inclined festival-goers also got the chance to see Ben Williams lead his splendid combo Sound Effect through tunes from his recent disc, Coming of Age; Robert Glasper reunite with his acoustic trio at the Durham Amory, two month before the release of their new disc, Covered; and the Brooklyn-based fusion band Snarky Puppy preview select tunes from its forthcoming disc, Sylva.

The Art of Cool Fest is an outgrowth of the Art of Cool Project, a non-profit organization whose mission is to expand the audience for jazz-inspired music in the Durham triangle area through education programs and performances. Mitchell, who also serves as its president, said that the idea of the festival sparked in 2012 after she won a startup contest hosted by the Bull City Startup Stampede, which promotes local entrepreneurship in that city.

After raising crowdsourcing funds through two Kickstarter campaigns-the first one beginning in June 2013-and utilizing personal investments and sponsorship from the likes of PNC Bank, American Tobacco and BlueCross BlueShield of North Carolina, Mitchell and her Art of Cool Project team accrued an operating budget of $250,000 for the first festival in 2014. “The 2015 festival was closer to $300,000,” Mitchell said. “We [also] received grants from South Arts, Durham Arts Council as well as from the North Carolina Arts Council.”

Since the Art of Cool Fest is still in its infancy, it’s understandable that there were some hiccups. While the lineup was impeccable, some of the venues certainly were not. The Durham Armory, which looked almost like a high-school basketball gymnasium, had booming, echoey acoustics that made it difficult to listen to the more delicate moments of Glasper’s trio. Also, the space offered limited seating, forcing many audience members to stand. Then there were issues regarding scheduling and venue switches, which were revealed via the festival’s app but often not indicated via signage or announced by the house MCs. And, while no fault of the Art of Cool Fest, Saturday’s persistent wet weather caused cancellations for a few of the outdoor performances and educational workshops.

Mitchell acknowledges that perfecting the schedules is a challenge for the festival. With a little more presentation experience, more logistical infrastructure and better performance venues, the Art of Cool Fest has the potential to become a crown jewel not only of Durham, N.C.’s burgeoning jazz-soul scene, but also on the greater U.S. cultural map.

For years, the Pittsburgh International Jazz Festival (PIJF) took place on the street. Over one weekend in June, Downtown thoroughfares Penn Avenue or Liberty Avenue … END_OF_DOCUMENT_TOKEN_TO_BE_REPLACED

The mood was understandably festive as John Fedchock’s New York Big Band took to the stage at Birdland on Sunday, September 18. Not only was … END_OF_DOCUMENT_TOKEN_TO_BE_REPLACED

Considering the lineup—stacked with talent—and the musician to whom they were paying their respects—a cult figure, rightly or wrongly—the New York City live tribute to … END_OF_DOCUMENT_TOKEN_TO_BE_REPLACED