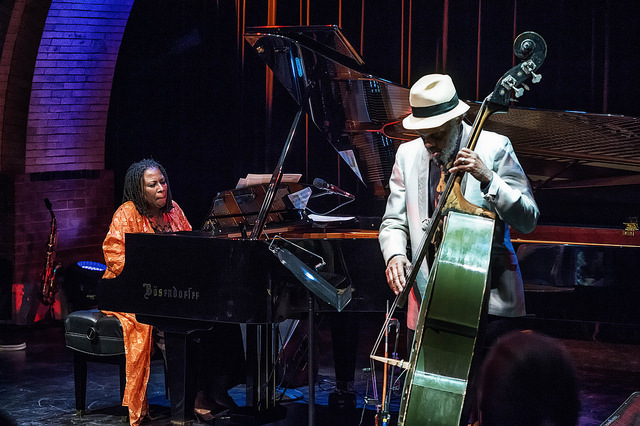 Geri Allen (l.) and Henry Grimes perform at Cecil Taylor- From The Five Spot To The World, Harlem Stage, Nov. 2015 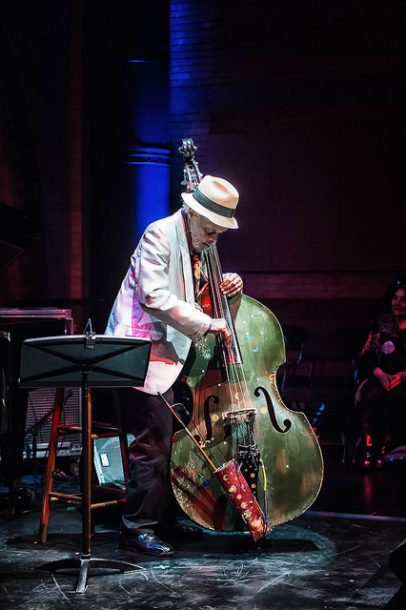 Henry Grimes performs at Cecil Taylor- From The Five Spot To The World, Harlem Stage, Nov. 2015 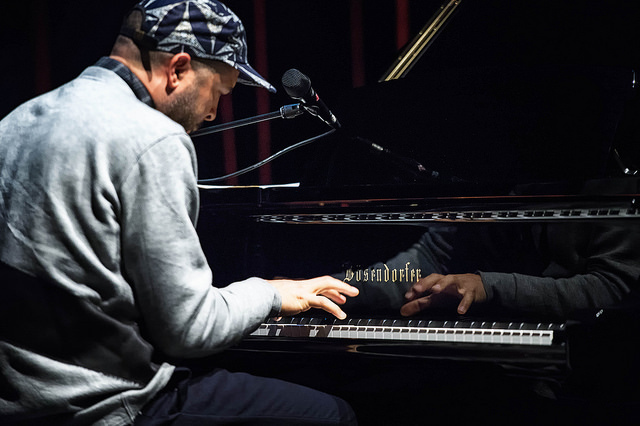 Jason Moran performs at Cecil Taylor- From The Five Spot To The World, Harlem Stage, Nov. 2015 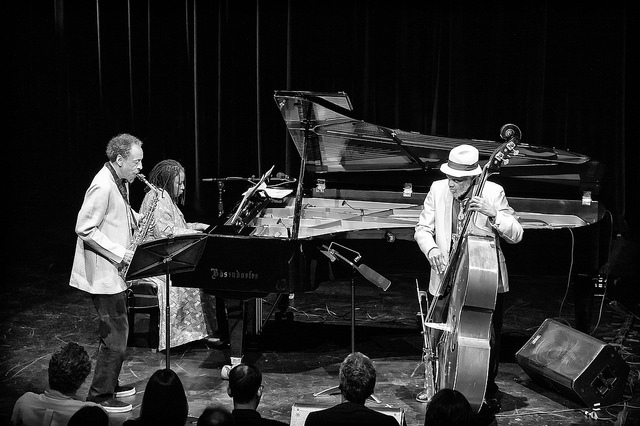 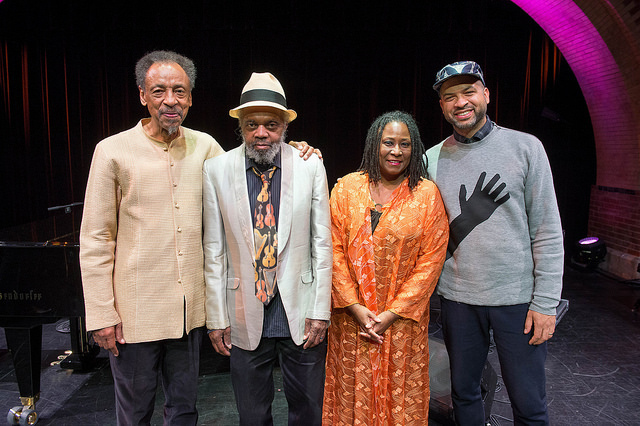 Harlem Stage’s mid-November benefit concert “Cecil Taylor: From the Five Spot to the World” was intended as a celebration of the legendarily mercurial pianist. Of course, the downside to honoring an artist known for unpredictability is that it can backfire, as when your guest of honor no-shows his own party.

The announcement that Taylor would not be taking his place on the program was met with a muted murmur of surprise and disappointment, though it didn’t seem to put a damper on the enthusiastic responses to the performers who did appear. The evening centered on two pianists who have both channeled Taylor’s innovations into their own very personal languages: Jason Moran and Geri Allen. They were joined by Henry Threadgill, whose work is similar to Taylor’s in its eccentricity if diametrically different in its temperament; and bassist Henry Grimes, who performed and recorded with Taylor in the 1960s.

The groundbreaking pianist and iconoclast supreme, now 86, rarely appears in public these days, and announcements that he will are more hopeful than reliable. He was glimpsed live at the Harlem Stage Gatehouse that night, albeit once removed: a clip of Taylor performing solo at the same venue in 2012 was projected, offering a taste of his singular dynamic imagination and pointedly physical attack.

Another clip of Taylor performing opened the show, this one from Ron Mann’s 1981 documentary Imagine the Sound. It featured the pianist in a grey sweatsuit, enacting spurtive modern dance moves accompanied by grunting vocalizations as he approached a piano in an empty white void. It ended when he finally took his place on the bench, striking a single tone on the keyboard.

Moran seemed to pick up where the video left off, beginning his solo piece with a series of blunt, low strikes. He talked at one point about the things Taylor had taught him: “physicality, lyricism and space, and that muscles were made to be used at the piano.” Moran flexed those muscles throughout his piece, veering from clustered lyricism to violent outbursts. Long an exponent of hip-hop approaches to the jazz lexicon, Moran evoked Taylor’s style almost as if he was sampling it, remixing and processing it for his own ends. It was a remarkable display that incorporated cubist stride, insistent minimalism, avant expressionism and crepuscular blues with a startling narrative arc.

Threadgill then joined Moran on bass flute for a performance of “SAIL,” which the former originally wrote for the duo to perform at Ornette Coleman’s funeral service. That fact only amplified the elegiac feeling of the piece, which left plenty of space for somber reflection in between its tolling chords and stark melodies reflecting the influence of shakuhachi flute.

Allen and Grimes then paired up for a prismatic exploration of “Enter, Evening,” from Taylor’s landmark 1966 album Unit Structures (on which Grimes appeared). The bassist’s dry, husky tone made for a unique textural contrast with Allen’s spikily flowing approach, which bore traces of Taylor’s forcefulness while never forsaking her own well-honed grace and elegance.

Threadgill reappeared, this time on alto sax, for a guided trio improvisation that built on the same rhythmic tension between Allen’s stabbing flurries and Grimes’ breathy runs. On top of that, Threadgill added warbling howls and surprisingly ferocious blasts of piercing, darting lines that carved its way through.

At two points during the program, choreographer Bill T. Jones was heard offering taped reminiscences of wandering a wintry New York City with Taylor, including the pianist’s opinions of John Cage (“not very much fun”), Max Roach and Abbey Lincoln. Those brief glimpses into his personality only reinforced the impression he gave at the keyboard: opinionated, keen, individual, compelling sparks for thought.

The 2022 Newport Jazz Festival’s three days of sunshine were bracketed, more or less, by a pair of all-star ensemble jams that included Christian McBride. … END_OF_DOCUMENT_TOKEN_TO_BE_REPLACED

In its first full edition since the onset of the pandemic, and with a new director of programming, the Festival International de Jazz de Montréal … END_OF_DOCUMENT_TOKEN_TO_BE_REPLACED

Among the many physical, spiritual, and institutional losses related to the still-ongoing pandemic is that of Los Angeles’ renowned Playboy Jazz Festival (PJF) at the … END_OF_DOCUMENT_TOKEN_TO_BE_REPLACED

It’s difficult to imagine what the stage and the audience would have looked like at Gaillard Center in Charleston, South Carolina, if Rhiannon Giddens’ new … END_OF_DOCUMENT_TOKEN_TO_BE_REPLACED