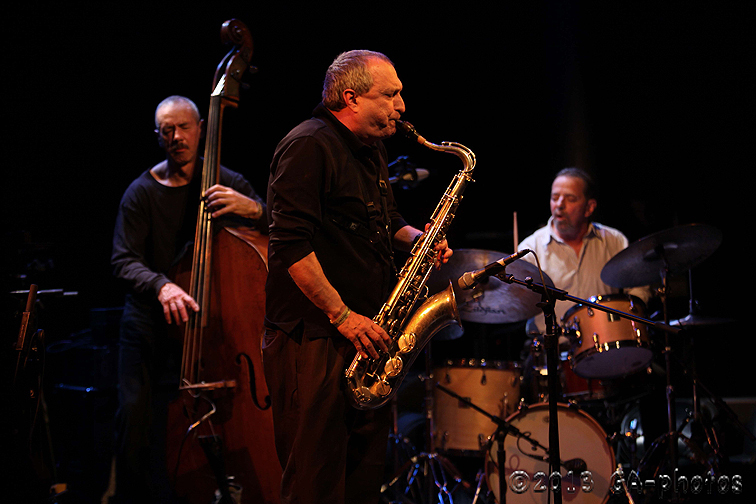 The Fringe at the Culture Project Theater, NYC Winter Jazzfest 2013 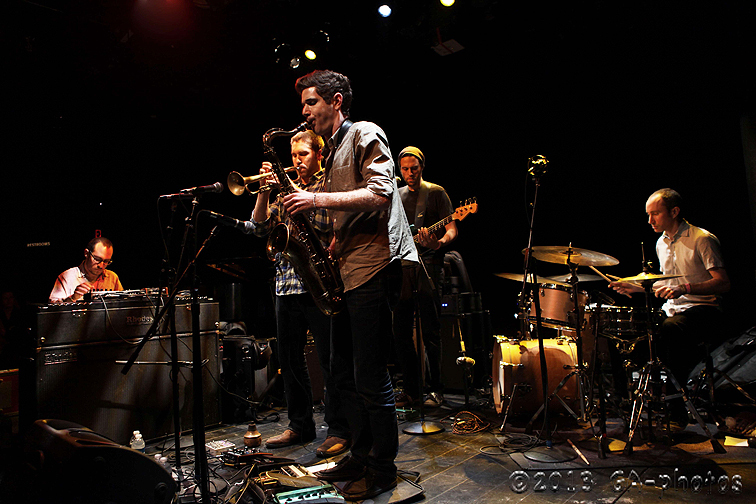 On the cover of the Jan. 10-16 issue of Time Out New York, atop promises of articles on “Shockingly Healthy Meals” and “TV-Viewing Parties,” a line reads: “Winter Jazzfest: What to See.” For a jazz festival to receive such a sizable plug in New York’s smartly crafted listings bible might seem strange. But Winter Jazzfest, which took place at six Lower Manhattan venues on Jan. 11 and 12, transcends jazz in terms of audience.

In its ninth year, it still operates as a supplementary showcase for the conference of the Association of Performing Arts Presenters. Among jazz insiders, it’s a place to hear what the music’s young (or at least youthful) vanguard has been up to. And, increasingly, it’s a part of the city’s larger nightlife landscape. Without booking proper headliners or straight pop acts, WJF attracts an enviable amount of attention from the general public. All of which equals impressive attendance-this event’s perennial virtue and vice. According to organizers, Friday, Jan. 11, was nearly sold out with roughly 2,200 attendees throughout the night. On Saturday the festival achieved its earliest sellout ever around 7:30 p.m., and attendance ran toward 2,500. In all, the 2013 festival accommodated about 5,000 to last year’s 4,000.

Those figures are great news for musicians promised exposure, but overall WJF felt oversold. A little after 7 on Saturday, a long queue formed outside of Zinc Bar with a wait time, according to the doorman, of 90 minutes. The Bitter End was comparably problematic, and even the standing rooms like Le Poisson Rouge and Sullivan Hall were often packed to the point where they became nearly impossible to traverse. These problems wouldn’t be so frustrating if the programming was mediocre, but the festival’s schedule is consistently loaded and versatile and brilliant. WJF becomes a long haul for the jazz faithful, and elbowing through the hordes becomes exhausting.

There were places to take refuge, including newly utilized venues. (The festival lost one of its haunts, Kenny’s Castaways, last fall.) There was room to breathe at the Bowery Electric, a small rock room with good sound located about a half mile away from the main cluster of activity in the West Village. And the Culture Project’s terrific theater, though frequently stuffed, offered excellent sound and sightlines from pretty much anywhere in the space. Moments of musical inspiration also helped, of course, and there were plenty of them.

WJF highlights a particularly genre-less sect of the improvising scene, which has in past years meant a lot of music that comes off as state-of-the-art pop more than jazz. In 2013 I recall being floored by a lot of capital-J jazz performance. Don Byron stretched out on clarinet with unflagging intensity over the mercurial rhythm section of Aruan Ortiz, Cameron Brown and Rudy Royston. In an organ trio that accented its swing with flinty R&B, James Carter wrung every possible bit of virtuosity from his saxes. The Fringe, with George Garzone, John Lockwood and Bob Gullotti, tempered its powerhouse freebop with sterling balladry. 40Twenty, featuring Jacob Garchik, Jacob Sacks, David Ambrosio and Vinnie Sperrazza, and drummer Nasheet Waits’ Equality with Vijay Iyer worked toward old and new ideals of highly communicative, impressionistic postbop. Merger featured two masters of the conversational, Ornette-inspired frontline, Andrew D’Angelo and Kirk Knuffke. Rudresh Mahanthappa’s Gamak skewed more math-rock than fusion, with thrillingly machinelike rhythms and locked-in unison runs and counterpoint.

Of course, no WJF comes and goes without discoveries that stay with you permanently. In 2013 that meant Jason Lindner’s Breeding Ground, especially its singer, Jeff Taylor, who evinced the vocal warmth of Kurt Elling and control of Theo Bleckmann. And Dan Tepfer, with Lee Konitz and the Harlem String Quartet, made beautiful use of technology. From a keyboard placed on top of Zinc Bar’s piano, Tepfer spontaneously composed consonant harmonies for the string players, which they read off iPads. The place was packed, and Konitz played mostly unamplified. You had to shift and lean forward and fight for space to really absorb the performance, but it was worth it.

Among the many physical, spiritual, and institutional losses related to the still-ongoing pandemic is that of Los Angeles’ renowned Playboy Jazz Festival (PJF) at the … END_OF_DOCUMENT_TOKEN_TO_BE_REPLACED

It’s difficult to imagine what the stage and the audience would have looked like at Gaillard Center in Charleston, South Carolina, if Rhiannon Giddens’ new … END_OF_DOCUMENT_TOKEN_TO_BE_REPLACED

“It’s time to imagine a place where we can come together,” Danilo Pérez said from the hallowed stage of Washington, D.C.’s historic Sixth & I … END_OF_DOCUMENT_TOKEN_TO_BE_REPLACED

At the Zeiders American Dream Theater in Virginia Beach, Va., between April 8 and 10, the Vocal Jazz Summit convened in person for the first … END_OF_DOCUMENT_TOKEN_TO_BE_REPLACED