Ravi Coltrane Quintet in performance at Zellerbach Theatre in Philadelphia 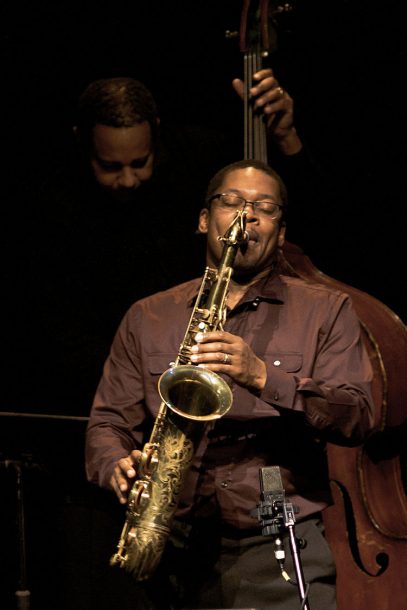 Ravi Coltrane in performance at Zellerbach Theatre in Philadelphia 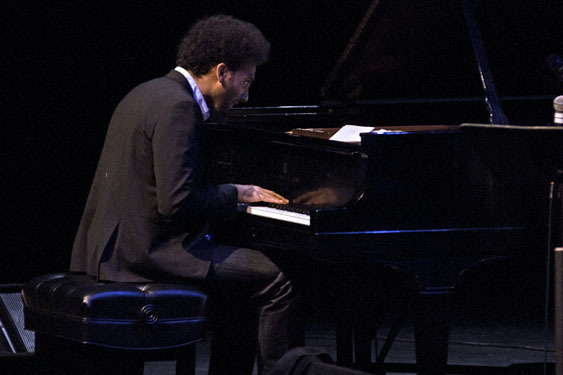 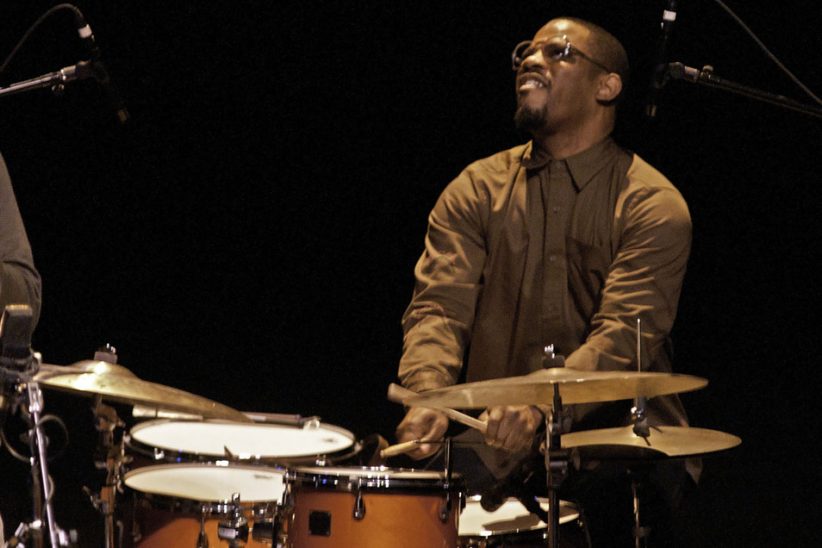 As part of the celebration of the 40th Anniversary and the Jazz Series at the Annenberg Center for the Performing Arts, jazz enthusiasts were delighted by an evening of robust and distinctive saxophone sound of saxophonist and composer Ravi Coltrane.

Coltrane’s tunes sounded thoroughly polished and impressive. He showed appreciation to his family by including tunes by his father, jazz legend John Coltrane, and his mother, jazz pianist Alice Coltrane.

Coltrane opened the set sharing the front-line with Alessi, on “Marilyn and Tammy.” Pianist David Virelles made the famously jagged Thelonious Monk classic “Epistrophy,” even more fractured with his own unique melody.

In a version of Ornette Coleman’s “Bird Food,” the band followed the melody’s delicate phrases, then kicked into a swinging rhythm; and in “Who Wants Ice Cream,” Coltrane played soprano saxophone in short, clipped phrases, and then shot through a fast improvisation. But it was the rhythm section that stole the show. Veteran bassist Hurst dug into each groove with his robust, woody sound. Drummer Riggins maintained a taut, jazz groove churning with soul and stunning creativity.

Over the course of the 2-hour performance, the Ravi Coltrane Quintet offered exciting contrasts and influence of styles including jazz, bebop and hip hop. Coltrane certainly embraces his rich musical heritage and was evident in his connection with the audience resulting in two standing ovations.

Located on the campus of The University of Pennsylvania, the Annenberg Center for the Performing Arts is one of the nation’s preeminent performing arts centers that have been enriching the community for 40 years with an exciting array of world-renowned artists and performances.

Among the many physical, spiritual, and institutional losses related to the still-ongoing pandemic is that of Los Angeles’ renowned Playboy Jazz Festival (PJF) at the … END_OF_DOCUMENT_TOKEN_TO_BE_REPLACED

It’s difficult to imagine what the stage and the audience would have looked like at Gaillard Center in Charleston, South Carolina, if Rhiannon Giddens’ new … END_OF_DOCUMENT_TOKEN_TO_BE_REPLACED

“It’s time to imagine a place where we can come together,” Danilo Pérez said from the hallowed stage of Washington, D.C.’s historic Sixth & I … END_OF_DOCUMENT_TOKEN_TO_BE_REPLACED

At the Zeiders American Dream Theater in Virginia Beach, Va., between April 8 and 10, the Vocal Jazz Summit convened in person for the first … END_OF_DOCUMENT_TOKEN_TO_BE_REPLACED