Skip to content
Become a member and get exclusive access to articles, live sessions and more!
Start Your Free Trial
Home > Reviews > Cape May, Ramsey Lewis > Ramsey Lewis in Cape May, NJ, 11-10-12 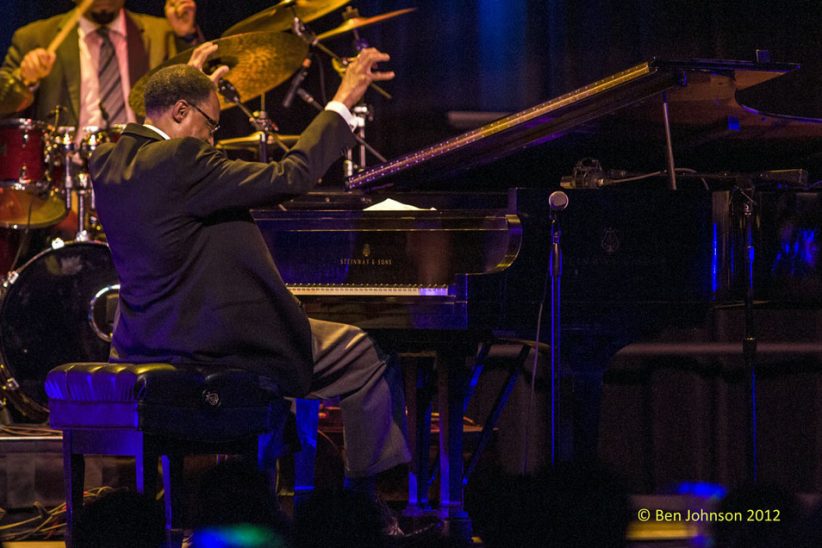 Pianist/composer Ramsey Lewis brought his Sun Goddess tour with his Electric Band to headline the inaugural Exit 0 International Jazz Festival, a three-day jazz event in Cape May, N.J., that kicked off on Nov. 9 and ran through Nov. 11.

Lewis and his band played on the Main Stage inside the newly renovated Cape May Convention Hall. The festival marked the second time Lewis played in Cape May, after appearing many years ago as a headliner with the original Cape May Jazz Festival. The Main Stage was set up in the style of a 500-seat jazz bistro.

Lewis’ style is largely influenced by his early gospel playing and classical training, along with his fondness of jazz, blues and R&B. Selections included “Betcha By Golly, Wow,” a medley of gospel songs including “Pass Me Not” and “Wade in the Water,” “Go Where I Send Thee,” segueing into “Amazing Grace” and then smoothly moving into “The Negro National Anthem.” For the finale the band performed “Sun Goddess” with the audience joining in.

More images from the Ramsey Lewis & Electric Band performance can be found in Ben Johnson’s photo gallery, “The Art of Live Jazz” by clicking here.

Among the many physical, spiritual, and institutional losses related to the still-ongoing pandemic is that of Los Angeles’ renowned Playboy Jazz Festival (PJF) at the … END_OF_DOCUMENT_TOKEN_TO_BE_REPLACED

It’s difficult to imagine what the stage and the audience would have looked like at Gaillard Center in Charleston, South Carolina, if Rhiannon Giddens’ new … END_OF_DOCUMENT_TOKEN_TO_BE_REPLACED

“It’s time to imagine a place where we can come together,” Danilo Pérez said from the hallowed stage of Washington, D.C.’s historic Sixth & I … END_OF_DOCUMENT_TOKEN_TO_BE_REPLACED

At the Zeiders American Dream Theater in Virginia Beach, Va., between April 8 and 10, the Vocal Jazz Summit convened in person for the first … END_OF_DOCUMENT_TOKEN_TO_BE_REPLACED