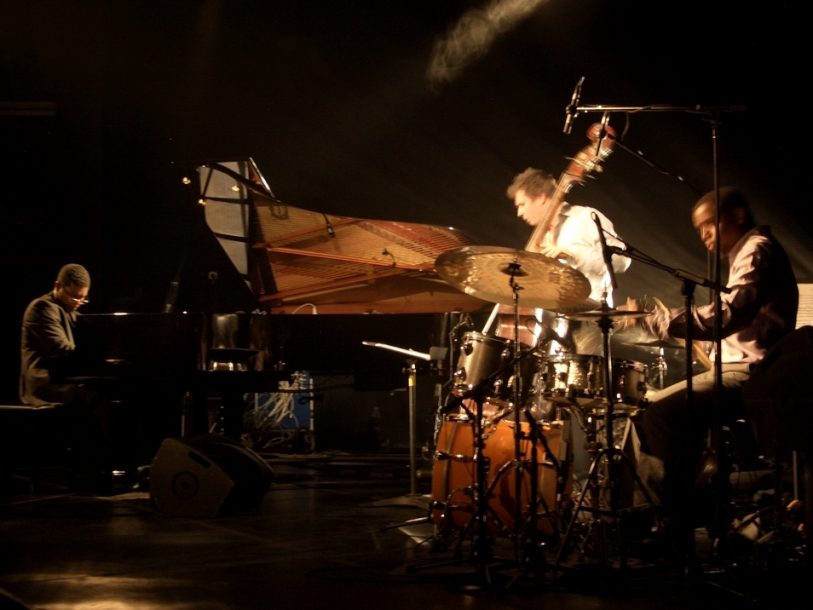 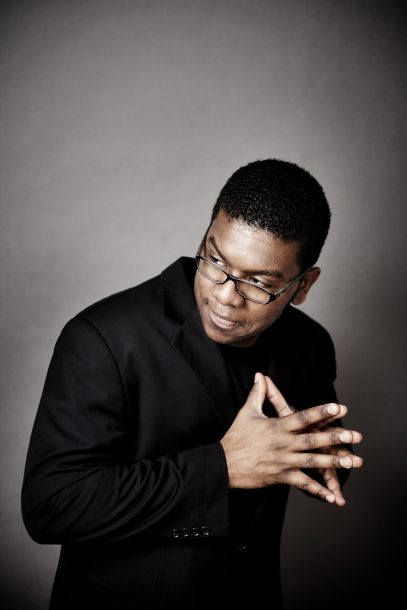 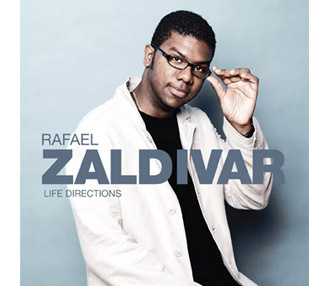 The unique aesthetic of pianist Raphael Zaldivar synthesizes jazz with his classical training at Havana’s Instituto Superior de Arte and the musical heritage of his native Cuba. Noted for his virtuosity and fluid phraseology, Zaldivar’s compositions are characterized by structural and rhythmic complexity, balanced by a strong sense of harmony and emotional depth. On October 12th Zaldivar introduced his trio to a warm, supportive audience at L’Astral, a venue located in the Montreal Jazz Festival’s new headquarters, as part of its Jazz All Year Round series. Accompanying Zaldivar, who’s been dubbed “THE new Montreal jazz piano sensation,” were Morgan Moore on bass and special guest Francisco Mela on drums. The concert was recorded by the CBC for broadcast at a later date.

The 27-year-old Zaldivar, born in Camagüey, central Cuba, relocated to Montreal in 2005; he has since made an impact on the local jazz scene, winning the Jazz en Rafale New Talent Contest in 2009, and the Radio Canada award for Jazz Revelation of the Year for 2010, appearing at the Montreal Jazz Fest two years running. Zaldivar cites Bud Powell, Art Tatum, McCoy Tyner and Chick Corea among the American jazz pianists who have influenced him, alongside Cuban pianists Chucho Valdés, Emiliano Salvador and Gonzalo Rubalcaba. Danilo Perez, with whom Zaldivar studied briefly in Havana, serves as one of his main role models – a Latin American musician “who has done his jazz homework.”

Zaldivar enjoyed a full room, despite the heavy competition presented by Pat Metheny’s Orchestrion project happening next door at Place des Arts. The audience was instantly captivated by the opening “Tierra and Fuego” (Earth and Fire), an intricate tune penned by Mela, appearing on his 2007 recording Cirio. Zaldivar was visibly thrilled to have Mela (Kenny Barron, Joe Lovano) on board, noting his stature and influence as he introduced the band. “I have no words to describe Francisco,” he reflected as we spoke backstage before the show. “He is one of those rare musicians who has really investigated the music deeply, who can go anywhere. He is an example for all Cuban musicians around the world.” The fiery, whirlwind drummer mesmerized without overshadowing the leader.

The trio proceeded to play mostly Zaldivar’s originals – some drawn from Life Directions, his recently released debut recording on Effendi Records, as well as two new tunes – the meditative ballad “Alma” and the aptly titled “Funky Blues.” “Remembering Felito” (a diminutive of Rafael) is a musing on his childhood framed within a funky, hip-hop beat (the tune was performed with multilingual Montreal MC Lou Piensa at Jazz en Rafale earlier this year). The dynamic Mela, putting a different spin on the tune than did Kevin Warren on the album, took off like a speeding train; mid-tune Zaldivar left Mela and the dexterous Moore to chase the beat. “Cimarron Part One” – an allusion to the Afro-Cuban word meaning “free spirit,” used by Colonial slave masters when referring to their runaway slaves – denotes, for Zaldivar, the Cuban aspiration for freedom and new possibilities.

The second set opened with “Baila mi changui” (Dance My Changüí, the mother of Son) – yet another example of Zaldivar’s incorporation of Cuban rhythms into his modernist conception of the music. “Just Now” – another Mela composition – featured him on mallets and elbows, his voice filling in the beat. Moore skillfully and enthusiastically ran up and down his bass as Zaldivar bent over the keys, his face nearly touching his fluttering fingers. The band returned for an encore, Mela calling out Thelonious Monk’s “Rhythm-a-Ning” in 7. “It’s his approach to time and harmony, his play on accents, up-beats, the degree of tension, the openness of his scores,” Zaldivar responded when I asked about Monk’s influence (the only non-originals included on his debut album were two Monk tunes). “Monk had a melodic sense of rhythm, and he brought African music into jazz. I’m still learning from him.”

The Rafael Zaldivar Trio will be hitting Europe in November.

The 2022 Newport Jazz Festival’s three days of sunshine were bracketed, more or less, by a pair of all-star ensemble jams that included Christian McBride. … END_OF_DOCUMENT_TOKEN_TO_BE_REPLACED

In its first full edition since the onset of the pandemic, and with a new director of programming, the Festival International de Jazz de Montréal … END_OF_DOCUMENT_TOKEN_TO_BE_REPLACED

Among the many physical, spiritual, and institutional losses related to the still-ongoing pandemic is that of Los Angeles’ renowned Playboy Jazz Festival (PJF) at the … END_OF_DOCUMENT_TOKEN_TO_BE_REPLACED

It’s difficult to imagine what the stage and the audience would have looked like at Gaillard Center in Charleston, South Carolina, if Rhiannon Giddens’ new … END_OF_DOCUMENT_TOKEN_TO_BE_REPLACED