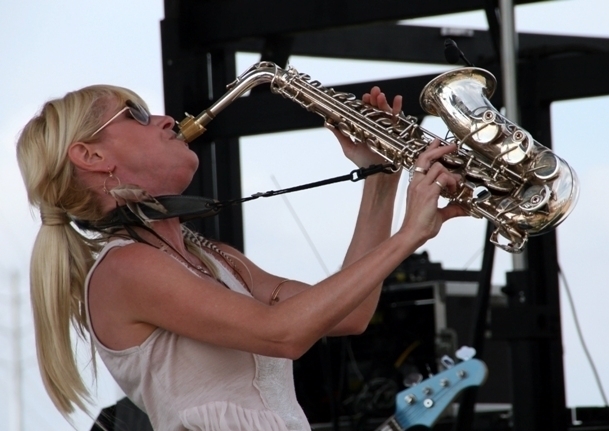 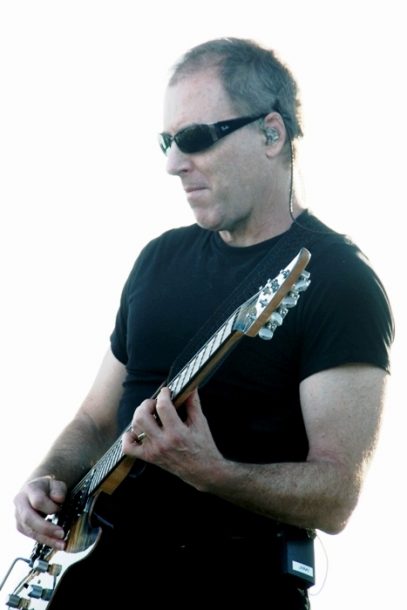 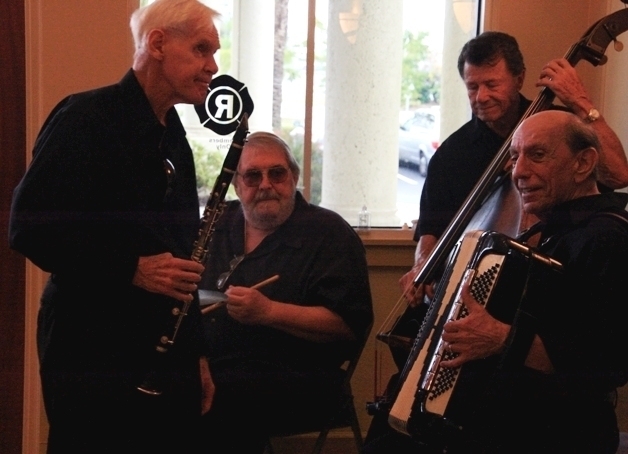 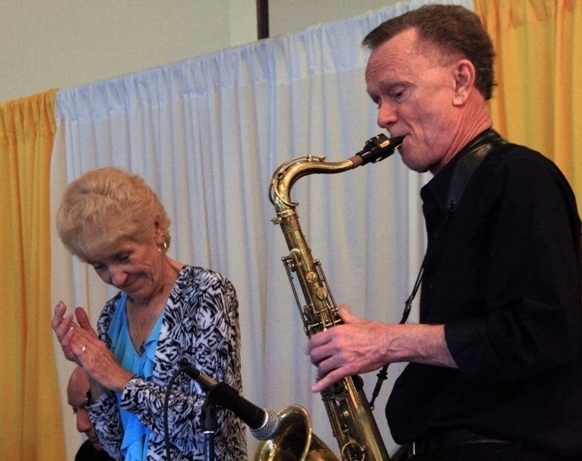 A crowd of 2,200 turned out for the main event Saturday, February 18 at the Punta Gorda Wine & Jazz Festival, a popular event at the Florida city’s Laishley Park along picturesque Charlotte Harbor. There was sun, there was a cooling breeze and there was a mix of breezy and intense music from the contemporary fare on the lineup, which featured pop saxophonist Mindi Abair, guitarist Peter White and the Rippingtons.

None of the featured acts is a stranger here. The Ripps were at the festival in 2008. White was featured in 2010. This was the fourth consecutive year the festival has presented St. Petersburg native Abair, who told the crowd she considers it a homecoming.

Abair was busy all afternoon. She opened the festival, then sat in with White at the end of his set for an instrumental version of “What’s Going On?” For the day’s encore treat, Abair and White joined the Rippingtons for rock-out versions of guitarist Russ Freeman’s “Caribbean Breeze” and the quintet’s Jimi Hendrix tribute medley, “Purple Haze/Fire.” The beautiful Spanish tinge of White’s playing on his song “Ramon’s Revenge” was a standout moment in the British guitarist’s set.

The festival is evolving beyond a one-day event. This year, it added a Sunday program, which featured a mainstream jazz brunch at the ballroom at the nearby Isles Yacht Club with a full house of 250. It showcased eight fine area musicians in small and large combinations performing jazz standards, the American Songbook and a bit of Latin jazz throughout the three-hour brunch. The players included singer Chris Brown, trombonist Herb Bruce, Bill Carmichael on clarinet and soprano sax, bassist Dominic Mancini, Greg Nielsen on trumpet and flugelhorn, drummer Randy Opela, tenor saxophonist/keyboardist Mike Parmalee, and Frank Reda on keyboards and accordion. The brunch was sponsored by Presley Beane Financial Advisors.

The weekend wound down back at the park with a performance by singer-songwriter Jim Morris and his Big Bamboo Band. Morris writes clever songs in the Jimmy Buffett style of island songs about drinking, sailing and fishing and assorted characters met along the way. The first set, interrupted by a brief shower, featured his jazzier material and was enhanced by Craig Christman’s tenor sax work. Morris is talented and prolific, having released 22 CDs since his 1996 debut, Laid Back and Key Wasted. Attendance was light, due perhaps to Sunday’s blustery weather and the sense that some regulars may still think of this festival as a one-day event.

Given the success of the brunch, it will be interesting to see whether mainstream and other jazz permutations find their way across the stylistic bridge to the Chamber of Commerce-run festival’s main stage or other possible performance spaces in future editions. About 20 percent of the brunch crowd raised their hands when asked if they were at Laishley Park on Saturday.

“It’s time to imagine a place where we can come together,” Danilo Pérez said from the hallowed stage of Washington, D.C.’s historic Sixth & I … END_OF_DOCUMENT_TOKEN_TO_BE_REPLACED

At the Zeiders American Dream Theater in Virginia Beach, Va., between April 8 and 10, the Vocal Jazz Summit convened in person for the first … END_OF_DOCUMENT_TOKEN_TO_BE_REPLACED

The Big Ears Festival returned to Knoxville in a big way in late March, drawing an estimated 30,000 music enthusiasts from across the U.S. and … END_OF_DOCUMENT_TOKEN_TO_BE_REPLACED

Let’s get this out of the way: The Savannah Music Festival is not a jazz festival. Held over the course of 17 days in late … END_OF_DOCUMENT_TOKEN_TO_BE_REPLACED