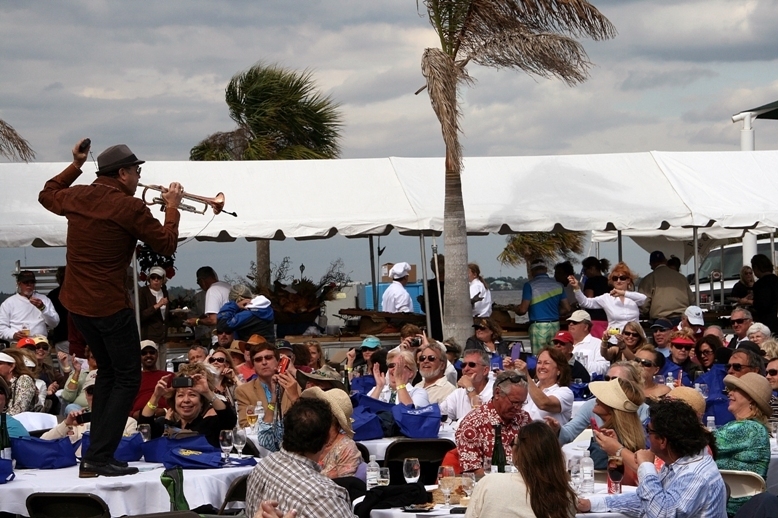 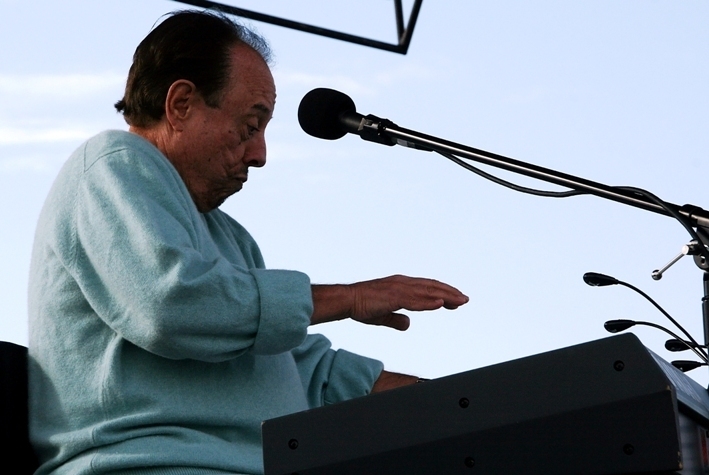 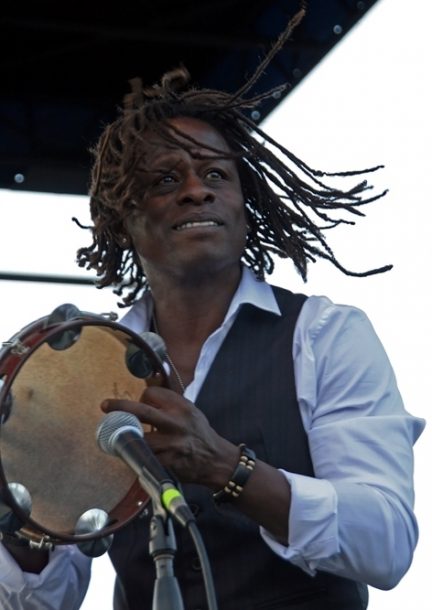 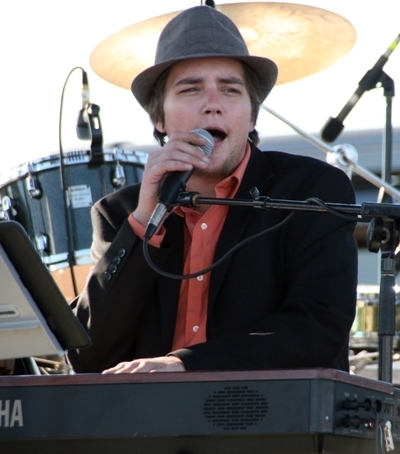 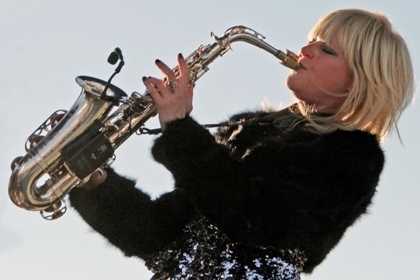 Southwest Florida’s eighth annual Punta Gorda Wine & Jazz Festival was noteworthy for its musical additions, its loyal, enthusiastic and expanding audience, and the degree to which the music made everyone grin and bear unusually chilly and windy weather, and a passing shower.

The festival began seven years ago as a strictly “smooth jazz” event. Last year, mainstream jazz was added to the weekend mix through a strongly attended Sunday brunch at nearby Isles Yacht Club.

Mendes’ Brazil ’66 brought a new spirit to the popular jazz coming out of his native country six decades ago, and his Punta Gorda debut showcased his contemporary spin on that sound. The band included his instrumental sextet, two singers (Mendes’ wife Gracinha Leporace and Katie Hampton) and Oakland, Calif., rapper H2O.Classic Mendes hits (including “The Look of Love” and “Fool on the Hill”) were interspersed with a bit of Jobim and Dori Caymmi.

H2O joined the group for three numbers derived from Mendes’ 2006 rap-infused re-recording with the Black Eyed Peas of several of his hits. They included “Agua de Beber” and Mendes’ breakthrough hit “Mas Que Nada.” One of the more interesting moments was Hampton and saxophonist-keyboardist Scott Mayo’s vocal duet on “Never Gonna Let You Go.”

Braun and Elliott opened Saturday’s concert with a show that underscored how they represent the brawny side of smooth jazz. They dug deep into “Down and Dirty” from their most recent joint album, before Elliott Cut loose in his cover of Marvin Gaye’s “Inner City Blues.” They stepped briefly into the jazz repertoire with a robust take on Dizzy Gillespie’s “A Night in Tunisia.” Their set was cut short a tad by dark clouds, intense winds and a brief shower that plunged the temperature about 15 degrees in a matter of minutes. Sunday’s weather was 10 degrees or so colder than that, despite the sunshine. You gotta love it when a cold front moves through.

Abair is the festival’s darling. The St. Petersburg native has appeared in Punta Gorda for five consecutive years. Her appearance on the Sunday program (added last year for the first time), made great sense in terms of helping build the audience for the full weekend. Her quintet’s performance included many originals and a few nods to the jazz repertoire. She performed an amped-up, guitar-heavy version of Tampa native Nat Adderley’s “Work Song” (“to pay tribute to the folks who brought us here”) and a high-energy take on “Summertime.” Abair got the ladies in the audience dancing in front of the stage with her anti-breast cancer anthem “Be Beautiful” before winding down her show with, among others, a cover of the Rolling Stones’ “Miss You” and her own “Bloom.”

Singer-pianist Danny Sinoff’s quintet opened Sunday’s main stage event with a straight-ahead sound that didn’t stray far from the leader’s love of the Frank Sinatra songbook and the music of Horace Silver. He has a pleasant voice and was supported by bassist Sherrell McCants, drummer Rich Iannuzzi, trumpeter Doug Simonds and saxophonist Evan Dowling. They closed with a funky take on Professor Longhair’s “Go to the Mardi Gras” and a samba version of “Our Love is Here to Stay.”

The Punta Gorda Chamber of Commerce produces the festival. Chamber President John Wright and Brian Presley of Presley Beane Financial Services (the latter sponsors the Sunday brunch), said they want to use additional segments to help showcase more of the fine jazz talent that resides in the region as the festival continues to grow and evolve. Wright estimated Saturday’s attendance at 1,800, up from 1,500 in 2012.

Among the many physical, spiritual, and institutional losses related to the still-ongoing pandemic is that of Los Angeles’ renowned Playboy Jazz Festival (PJF) at the … END_OF_DOCUMENT_TOKEN_TO_BE_REPLACED

It’s difficult to imagine what the stage and the audience would have looked like at Gaillard Center in Charleston, South Carolina, if Rhiannon Giddens’ new … END_OF_DOCUMENT_TOKEN_TO_BE_REPLACED

“It’s time to imagine a place where we can come together,” Danilo Pérez said from the hallowed stage of Washington, D.C.’s historic Sixth & I … END_OF_DOCUMENT_TOKEN_TO_BE_REPLACED

At the Zeiders American Dream Theater in Virginia Beach, Va., between April 8 and 10, the Vocal Jazz Summit convened in person for the first … END_OF_DOCUMENT_TOKEN_TO_BE_REPLACED