Skip to content
Become a member and get exclusive access to articles, live sessions and more!
Start Your Free Trial
Home > Reviews > Portland Jazz Festival: A Celebration of ECM 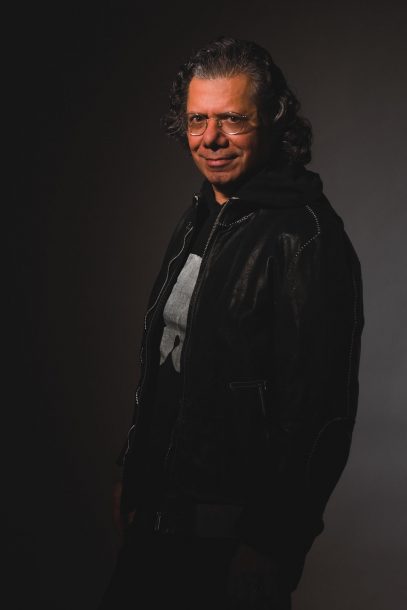 In only four years the Portland Jazz Festival has grown into an international event that successfully reconciles creative programming with the financial bottom line. This year, in addition to more than 140 performances and educational programs over two weeks, they celebrated the ECM record label during the first weekend with a “festival within a festival,” including showcase concerts, film screenings and a series of jazz interviews and roundtables.

Nearly 2,000 people turned out on opening night to hear pianist Chick Corea and vibraphonist Gary Burton reunite for the 35th anniversary of their landmark ECM release Crystal Silence. Their interwoven lines and variations seemed telepathic, especially when improvising simultaneously. Corea went inside the piano and punctuated his statements with foot stomps on “Duende,” and he coined a new koan when introducing “No Mystery,” claiming “we’re going to play a tune that’s impossible to play.” Indeed, Burton attempted to play it from memory but got lost, shook his head and laughed when they had to start over, this time with the music stretched out on two music stands before him. As difficult as the score may be, Corea and Burton brought it to life as a flowing musical conversation.

The next afternoon Norwegian saxophonist and composer Trygve Seim made his North American premiere with a 10-piece group performing works from his recordings Different Rivers and Sangam. “Ulrikas Dans” began with a loping duet between drummer Per Oddvar Johansen and trumpeter Mathias Eick, giving way to the full group’s soaring, textured harmonies reverberating in the tall ceilings of the First Congregational Church. “Promplusion” was a cinematic, time-shifting dreamscape with Alberto Pinto’s bass saxophone playing split tones backed by a simple bass drum pattern, joined by Oyvind Braekke’s mournful, muted trombone. It was not always easy to know what was composed and which “solos” were improvised. Most instruments were played without vibrato, with the exception of the leader’s curved bell soprano solo on “Visa Meditation,” during which Seim evoked the mysterious sound of the double-reed Armenian duduk. This dramatic effect was heightened by an accordion drone and the changing light and colors in the church as the sun set. The 90-minute concert avoided typical jazz conventions; slowly unfolding with long, sustained chords, melancholic, if occasionally playful moods, and intermittent moments of grandeur. As the Polish trumpeter and composer Tomasz Stanko told me afterward, it was “serious writing played by very good musicians, an abstract narration of story.”

Stanko himself performed a Sunday afternoon concert with his talented young rhythm section working various vamps, ostinatos and modal excursions. Stanko favors a dark, cool sound on trumpet and often employs a distinctive guttural rasp at the end of his phrases. One unintentionally surprising moment came when all the lights in the hotel ballroom went off but the band never dropped a beat. During uptempo tunes the swing was convincing: an interesting combination of fire and ice.

Saxophonist Charles Lloyd closed out the afternoon concert performing songs of spirit with pianist Geri Allen, bassist Reuben Rogers and drummer Eric Harland. Using mallets, Harland set the pulse on “Go Down Moses” with Rogers’ double-stops and Allen’s comping opening doors and possibilities. Lloyd entered on tenor blowing snakes, quoting Coltrane and tapping the transcendent, spurred by Harland’s crashing waves of rhythm. When not playing, Lloyd was transfixed listening to and occasionally exhorting his colleagues, swaying with arms folded and palms cupped under his elbows. After 75 minutes of stirring music, two beautiful encores: Duke Ellington’s sacred song “Come Sunday” and a pop ballad recast as a heartfelt prayer, “You Are So Beautiful.”

Other musical highlights from the first weekend included a strong showing from Branford Marsalis’ Quartet, especially on tunes by the quartet’s drummer Jeff “Tain” Watts, Thelonious Monk and the 17th-century composer Henry Purcell. For his quintet’s late show, Dave Douglas reworked the blues, used the Fender Rhodes for some spacey Miles vamps and made elk sounds with his trumpet while locking horns with saxophonist Donny McCaslin. Interestingly, Douglas’ concert drew a noticeably younger audience. Maybe he’s on to something with his label’s commitment to web content and downloading?

Biggest disappointment of the first weekend? Don Byron and his one-dimensional homage to Jr. Walker. Most surprising revelation? Seeing vocalist and hometown favorite Nancy King in duet with pianist and longtime cohort Steve Christofferson at a small Middle Eastern restaurant. King’s seriously swinging time, hip phrasing and fearless, out-on-a-limb harmonic risks were especially impressive. She is an exceptionally musical singer and, like the festival itself, one of Portland’s greatest gifts to jazz.

“It’s time to imagine a place where we can come together,” Danilo Pérez said from the hallowed stage of Washington, D.C.’s historic Sixth & I … END_OF_DOCUMENT_TOKEN_TO_BE_REPLACED

At the Zeiders American Dream Theater in Virginia Beach, Va., between April 8 and 10, the Vocal Jazz Summit convened in person for the first … END_OF_DOCUMENT_TOKEN_TO_BE_REPLACED

The Big Ears Festival returned to Knoxville in a big way in late March, drawing an estimated 30,000 music enthusiasts from across the U.S. and … END_OF_DOCUMENT_TOKEN_TO_BE_REPLACED

Let’s get this out of the way: The Savannah Music Festival is not a jazz festival. Held over the course of 17 days in late … END_OF_DOCUMENT_TOKEN_TO_BE_REPLACED