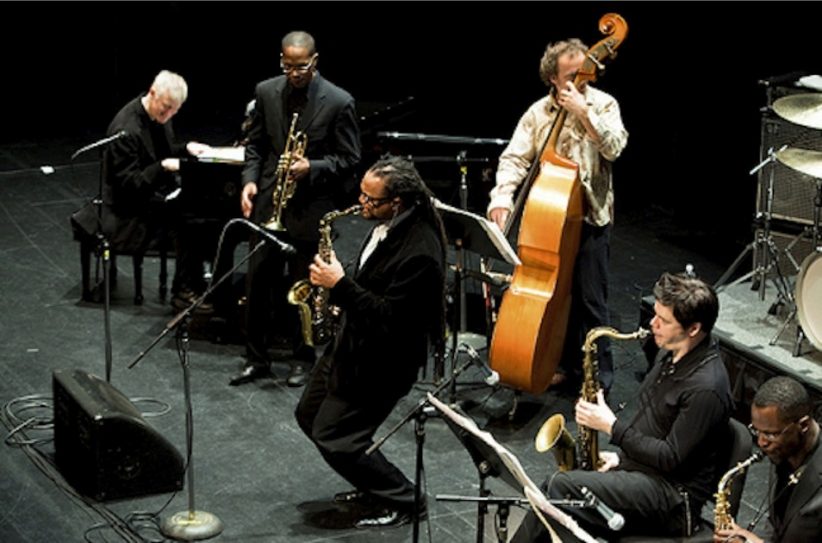 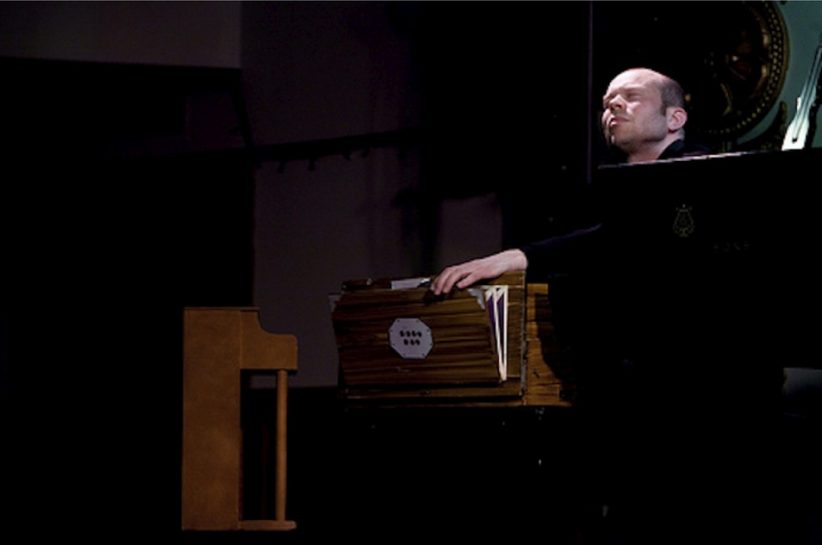 It’s been five years since British jazz critic Stuart Nicholson churned up the journalistic waters with his provocative book, Is Jazz Dead? (Or Has It Moved to a New Address). Hugely controversial amongst the jazz cognoscenti and widely panned by his peers in the U.S., Nicholson’s book was both a scathing indictment of what he saw as the hidebound state of American music and a celebration of innovative new jazz being made in Europe, particularly in Scandinavia.

Now that the furor has ended, the organizers of this year’s Portland Jazz Festival found both inspiration and a rallying cry in Nicholson’s theme, roundly refuting the book’s first thesis even as they endorsed the second over a week of concerts spread across the city. In the festival’s climactic weekend (Feb. 26-28), three acts from the vanguard of Norway’s rich scene shared top billing with more familiar stars, creating an effective mix of the comfortable and the cutting edge.

Sponsored by Alaska Airlines/Horizon Air and US Bank, and under the artistic directorship of the indefatigable Bill Royston, the festival sprawls in its low-key way, filling Portland’s cafés and supper clubs with the full variety of local talent: from the hokum-filled swing of retro band the Stolen Sweets to freewheeling late-night jam sessions led by pianist/educator Darrell Grant.

The main events alternated primarily between the grand stage of the Newmark Theatre downtown and the more down-to-earth confines of Norse Hall, a Sons of Norway lodge across the Willamette River. Ping-ponging between the venues, adventurous listeners found themselves in a dizzying whirl of sounds thunderous and whisper-soft, hard-swinging and cerebrally sedate.

Friday night’s program featured the Mingus Big Band at the Newmark, followed almost immediately by the Norwegian trio In the Country at Norse Hall. The two shows could not have been more different: Where the big band focused on individual virtuosity, serpentine ensemble charts and an homage to the past, the trio took an inward journey, their tunes inflating from moody introspection to massive, striding statements.

The Mingus group almost didn’t make it: A snowstorm in New York forced a mad scramble to reach the West Coast by show time. But despite arriving one horn short, trumpeters Brandon Lee and Alex Sipiagin admirably filled the gap with acrobatic, witty solos, while Hans Glawischnig held down the all-important bass chair with nimble muscularity. An eager audience gobbled it up, meeting every flashy turn with boisterous applause, but saving their loudest response for the hyperspeed soloing of 18-year-old drummer Justin Faulkner. Sipiagin, incidentally, would return to the Newmark stage the following night in the Dave Holland Quintet, while Glawischnig and Faulkner backed Pharoah Sanders on Sunday.

In the Country has such a distinctive group sound they brought along (and repeatedly acknowledged) their own board engineer from Norway. And it was soon apparent why: As reflected on their recent ECM release Whiteout, the trio’s music is subtle and dynamic, moving easily from quiet minimalism to booming pulses, unusual textures and orchestrally expansive climaxes.

Morten Qvenild’s piano swept from hushed to heroic, occasionally evoking a dulcimer or celeste, always integrating seamlessly with the elastic, resolute drumming of Pal Hausken and Roger Arntzen’s sensitive bass. All three musicians employed electronic effects alongside their acoustic instruments, integrating elements of pop, folk, fusion and electronica. It was not a sound many American jazz fans are used to, and the audience reaction was equally divided between hearty cheers and quiet befuddlement. But for those with open ears, the music was triumphant.

Much has been made, in Nicholson’s book and elsewhere, about the so-called “Nordic tone” of Scandinavian jazz, which refers and reacts to a folk and classical tradition far removed from the swing/blues/bop mainstream of the United States. But a deeply expressive Saturday afternoon set by the sax/accordion duo of Trygve Seim and Frode Haltli seemed to reshape space entirely.

The Norse Hall performance unfolded in slow motion, stretching over nearly two hours without interruption. Beginning with the hushed sound of his accordion “breathing,” Haltli used the textures and dynamics of his instrument’s lowest tones to establish a dreamlike setting full of mist and mystery, then went to the opposite extreme for folksy solo turns. Standing beside Haltli with his hair carelessly obscuring his left eye, Seim played haunting melodies allied as much to central Asia as to his homeland, his notes slurring through near-eastern scales in a wavering, vocal-like moan. By turns spare and twisting, contemplative and witty, Seim provided the main narrative thrust while Haltli created the context, changing the entire cast of the music on a dime. With the tiniest alteration in harmonic shading, Haltli transformed Nordic chill into Iranian dust, or a tender caress into a sharp-edged slice.

More sympathetic magic came in the Dave Holland Quintet’s set at the Newmark on Saturday night. Holland runs perhaps the best-oiled machine in all of jazz, with a sound that is huge and powerful, solid and seamless, making the complex sound simple and the simple sound fresh.

Tenor saxophonist Chris Potter wailed and honked, cutting through the dense rhythms like a chainsaw, sending fragmentary ideas flying in all directions. Drummer Nate Smith was a master of tension and release, driving the ensemble with jackhammering beats and bomb-dropping solos. Alex Sipiagin was garrulous and feisty, and Steve Nelson dodged and jabbed with carefully targeted statements on vibes and marimba. Holland himself was also in fine form, digging into every note with a ferocious swing and dazzling with virtuosic, lofty solos.

Back at Norse Hall the same evening, the Christian Wallumrød Ensemble saw Holland’s vigorous brilliance and raised him with depth and abstraction, producing unique music that challenged the very idea of what a jazz festival is about, at least in this country.

Performing without amplification or written arrangements, Wallumrød’s sextet pieces unfolded gradually and quietly. A cinematic score from the world of dreams, Wallumrød’s strange yet lovely compositions combined elements of classical chamber music, the jazz avant-garde, a strong strain of Nordic folksong and something else much more elusive and intimate.

Wallumrød continually found surprising ways to combine the instrumental timbres of his group: merging toneless trumpet sounds with furtive violin, or playing tiny bells against pizzicato cello phrases. His own playing on playing grand piano, toy piano and harmonium was frequently shadowed by harp, creating an effect of gossamer unreality.

While fragile or pastoral melodies cropped up from time to time, this was primarily music built of cycles and pulses, occasionally jolted out of its silky cocoon by abrupt, forceful interludes. It was difficult going at first, as the ambient sounds coming from the restless members of the audience competed with the quiet murmurs from the stage. But as the set progressed and the crowd thinned a bit, leaving only those willing to be still and listen, the room itself seemed to transform and float away, leaving the humdrum world somewhere far behind.

“It’s time to imagine a place where we can come together,” Danilo Pérez said from the hallowed stage of Washington, D.C.’s historic Sixth & I … END_OF_DOCUMENT_TOKEN_TO_BE_REPLACED

At the Zeiders American Dream Theater in Virginia Beach, Va., between April 8 and 10, the Vocal Jazz Summit convened in person for the first … END_OF_DOCUMENT_TOKEN_TO_BE_REPLACED

The Big Ears Festival returned to Knoxville in a big way in late March, drawing an estimated 30,000 music enthusiasts from across the U.S. and … END_OF_DOCUMENT_TOKEN_TO_BE_REPLACED

Let’s get this out of the way: The Savannah Music Festival is not a jazz festival. Held over the course of 17 days in late … END_OF_DOCUMENT_TOKEN_TO_BE_REPLACED