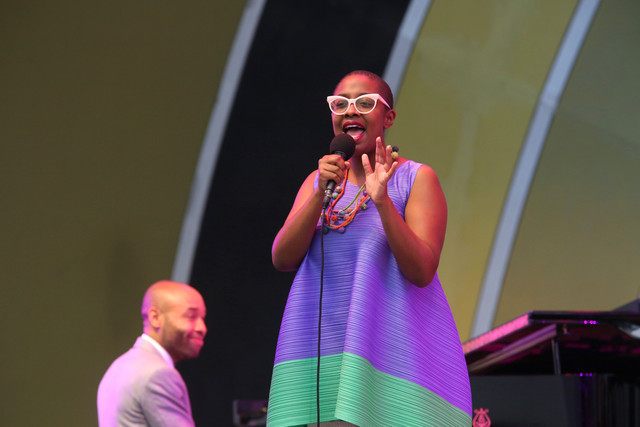 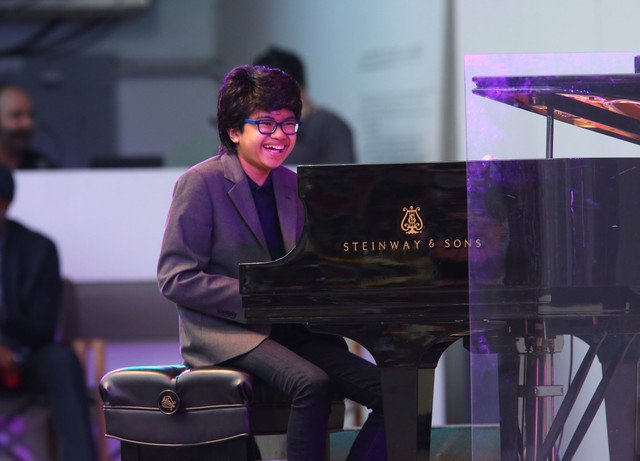 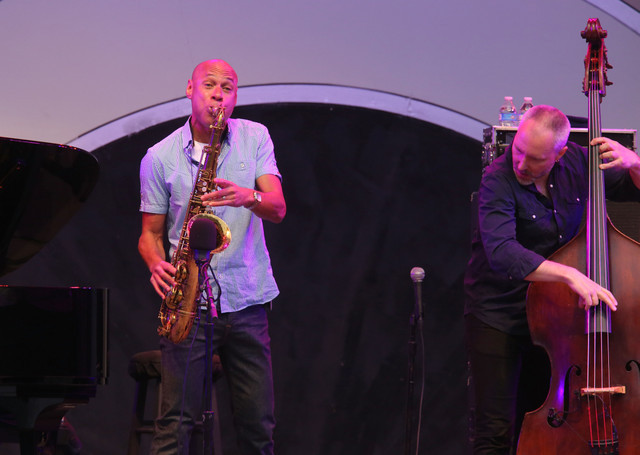 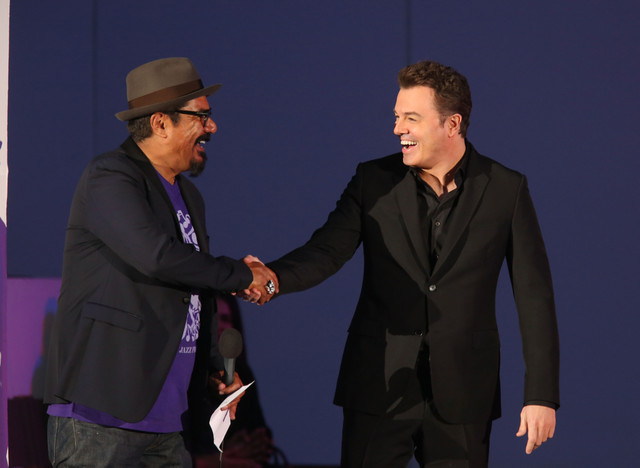 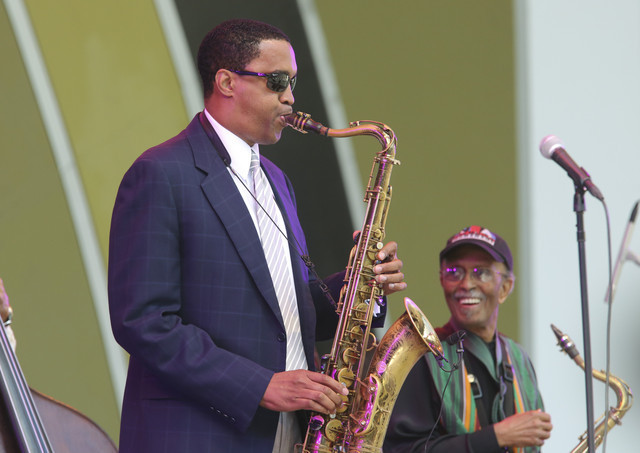 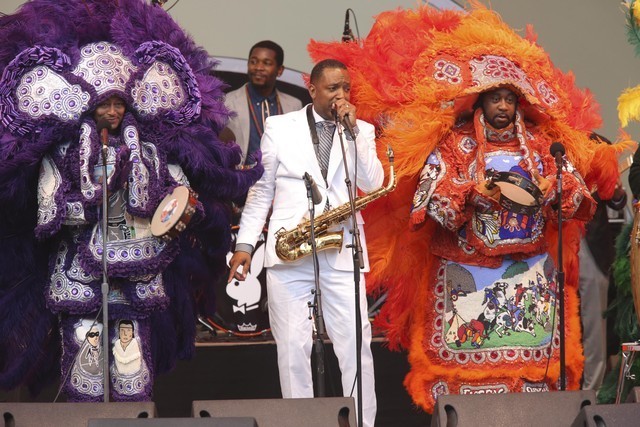 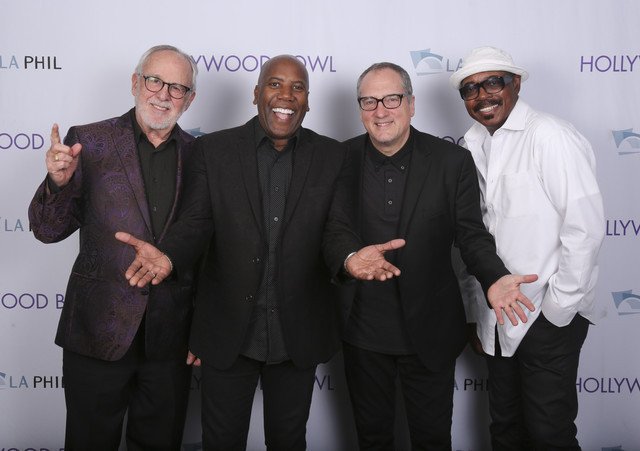 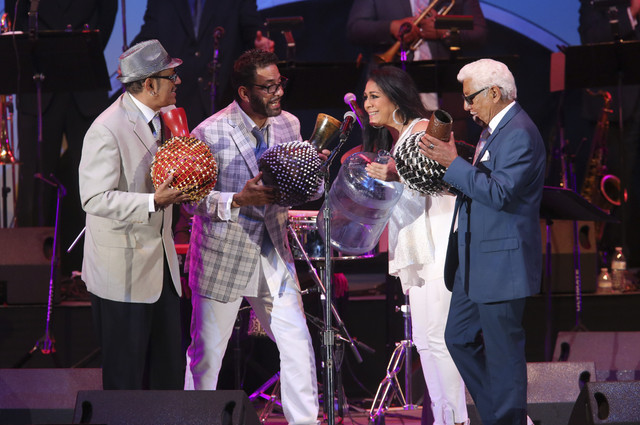 Programming a jazz festival is perilous. How does one strike the right balance of straight-up jazz with more eclectic acts? Fortunately, the team behind the Playboy Jazz Festival have it down to a science. The festival’s 38th-annual presentation, hosted June 11-12 at the Hollywood Bowl and emceed for the fourth consecutive year by comedian George Lopez, served up an ever-shifting mix of styles that enthralled listeners throughout the weekend.

The festivities launched on Saturday with the LAUSD/Beyond the Bell All-City Jazz Band, a tight ensemble of up-and-coming Los Angeles high school musicians. Pianist John Beasley fronted another big band, the MONK’estra, as they attacked his staggeringly intricate arrangements of Thelonious Monk compositions, notably a brilliant synthesis of “Green Chimneys” with “Straight, No Chaser.” Sunday brought California State University, Northridge’s Jazz A Band. The dusky-toned tenor saxophonist Jordan Leicht was a standout among its promising soloists.

The CSUN band also accompanied British vocalist-pianist Anthony Strong’s thunderous rhythm-and-blues flavor on a slick selection of show tunes and original compositions. Strong was just one of the weekend’s compelling vocalists. On Saturday, Cécile McLorin Salvant, fronting a trio including stalwart pianist Aaron Diehl, dazzled with a daring deconstruction of the traditional ballad “John Henry.” A cappella septet Naturally 7’s polyrhythmic inventions peaked with tenor Ricky Cort “playing” a vocal guitar solo on the Beatles’ “While My Guitar Gently Weeps,” earning a standing ovation. Seth MacFarlane, joined by a gathering of L.A.’s finest under the baton of Joel McNeely, was both coolly touching, on “One for My Baby (And One More for the Road),” and characteristically offbeat, bopping through the theme from the flop ’60s sitcom My Mother the Car. On Sunday, old-school belter Liv Warfield let loose with full-throated fire, kicking off her heels to command the stage with strutting dance moves. Introduced by “Also Sprach Zarathustra (2001),” soul spitfire Janelle Monáe was wheeled out on a rack like Hannibal Lecter, then burst forth with boundless athleticism, capped by an explosive take on Prince and the Revolution’s “Let’s Go Crazy.”

Two New Orleans-inflected acts ensured the hometown of jazz was in the house. On Saturday, Jon Batiste and Stay Human dished up a rambunctious musical stew that included a heart-wrenching squall of an extended solo from alto saxophonist Eddie Barbash. On Sunday, alto saxophonist Donald Harrison Jr. gave an ebullient jazz history lesson, climaxing with a rousing “Iko Iko” backed by colorfully festooned representatives from the Crescent City’s Congo Square Nation tribe. Looking further up the Delta, blues guitarist and vocalist Robert Cray celebrated the late B.B. King, with help from Sonny Landreth’s slithery slide guitar and Roy Gaines’ blistering rendition of “How Blue Can You Get?”

And of course, it wouldn’t have been a Southern California jazz festival without Latin seasoning. On Saturday, Honduras-born Aurelio Martinez’s fervent vocals evoked the artist’s African ancestry, caressed by expansive soundscapes from electric guitarist Tony Peñalva. Cuba’s epochal Los Van Van brought scintillating versions of everything from “Birdland” to “Hey Jude,” powered by the nimble vocal stylings of Armando Ihosvany Cantero Abreu. The Pete Escovedo Orchestra provided the festival’s vibrant finale, with the celebrated timbalero asserting his status as the patriarch of the first family of Latin rhythm, alongside his percussively gifted children: conguero Juan, drummer-percussionist Peter Michael and drummer Sheila E.

Saying an event has “something for everyone” is about as overworked a cliché as one can imagine. But with the embarrassment of riches presented by this year’s Playboy Jazz Festival, what else is there to say, really?

Among the many physical, spiritual, and institutional losses related to the still-ongoing pandemic is that of Los Angeles’ renowned Playboy Jazz Festival (PJF) at the … END_OF_DOCUMENT_TOKEN_TO_BE_REPLACED

It’s difficult to imagine what the stage and the audience would have looked like at Gaillard Center in Charleston, South Carolina, if Rhiannon Giddens’ new … END_OF_DOCUMENT_TOKEN_TO_BE_REPLACED

“It’s time to imagine a place where we can come together,” Danilo Pérez said from the hallowed stage of Washington, D.C.’s historic Sixth & I … END_OF_DOCUMENT_TOKEN_TO_BE_REPLACED

At the Zeiders American Dream Theater in Virginia Beach, Va., between April 8 and 10, the Vocal Jazz Summit convened in person for the first … END_OF_DOCUMENT_TOKEN_TO_BE_REPLACED