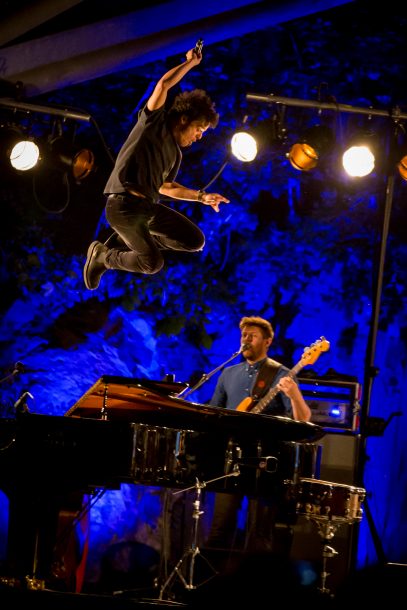 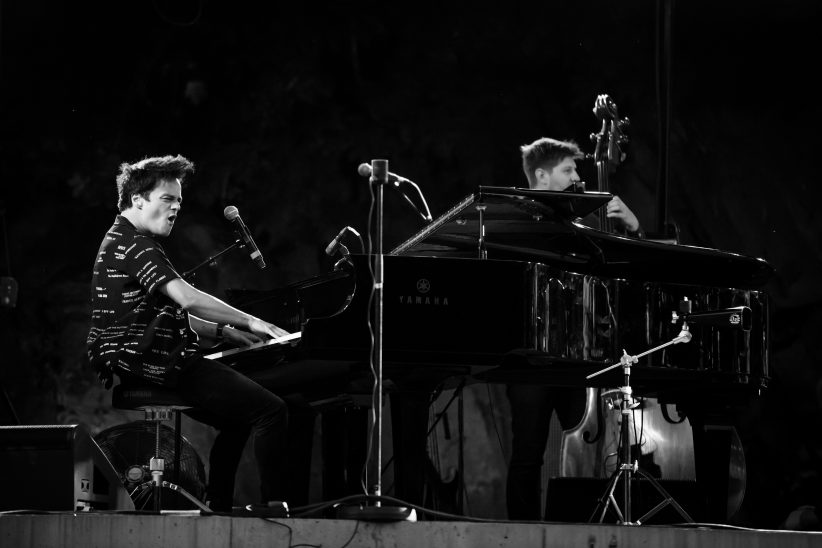 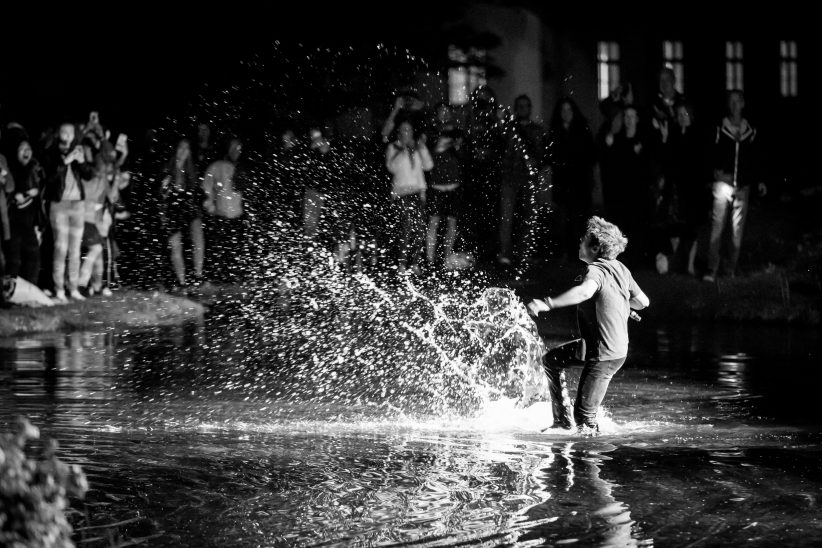 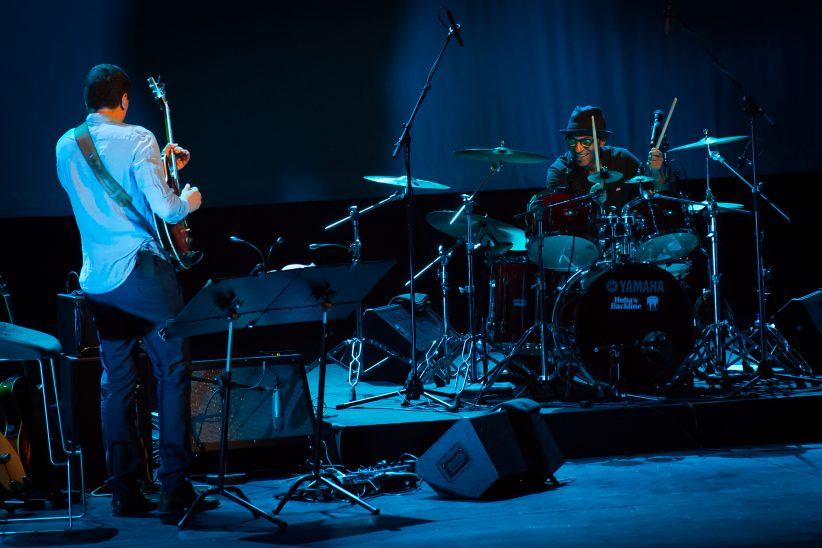 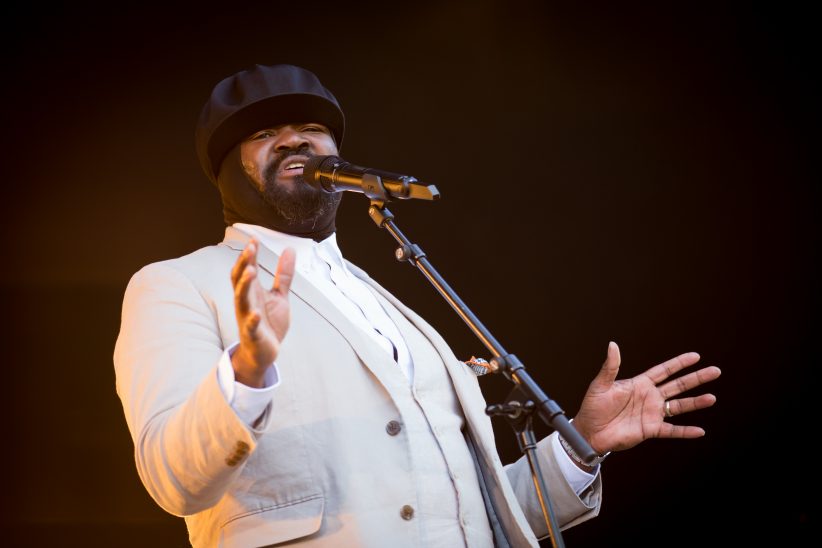 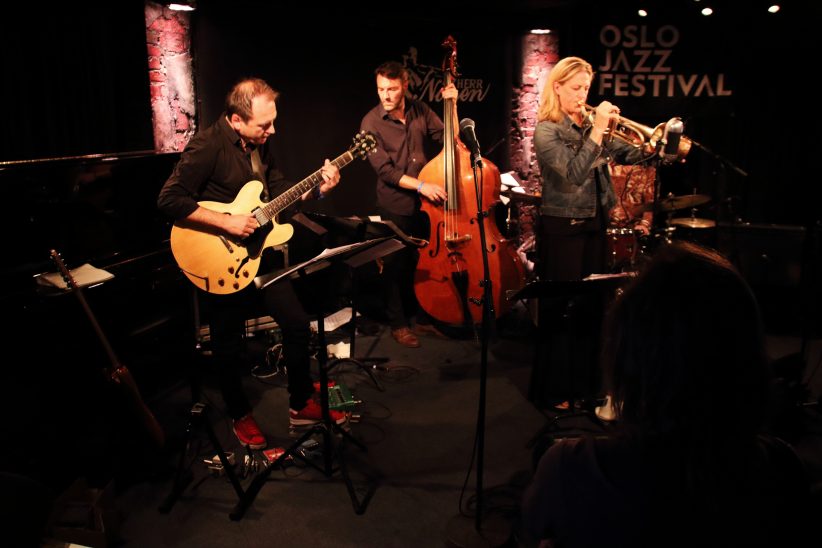 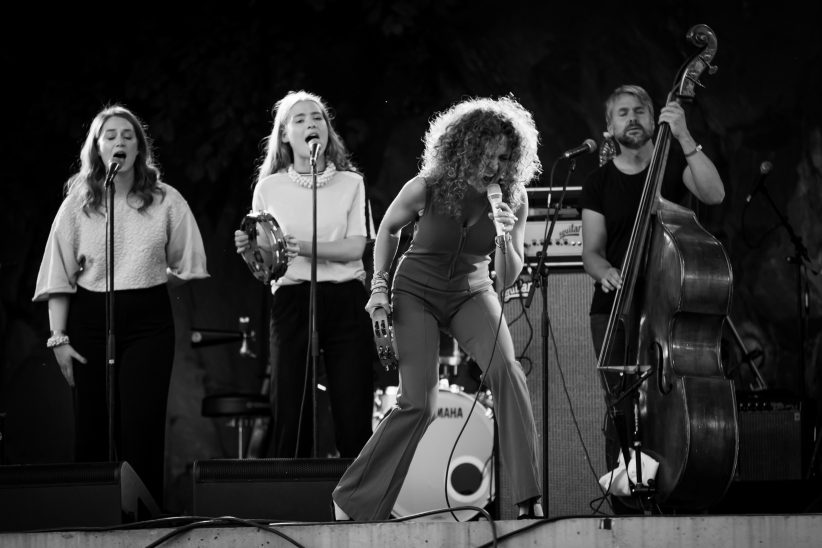 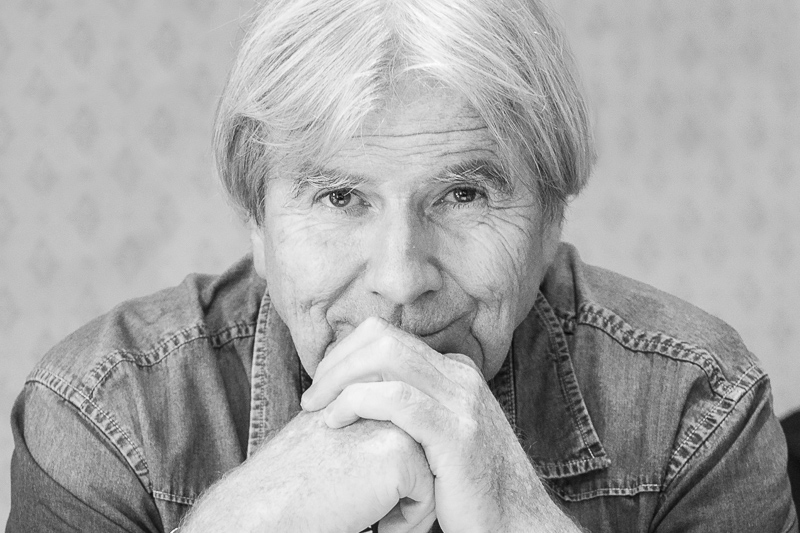 To the jaundiced American eye, downtown Oslo—particularly along the walking street Karl Johans gate—is refreshingly neat and clean, with a healthy balance of older and modern architecture, and unfortunately, too many familiar retail outlets. Walk just a block or two away from this central path however and the more traditional Norwegian feel of the city is present, local restaurants and open-air bars, with a salty, seawater breeze wafting from the harbor nearby.

The Oslo Jazz Festival—celebrating its 30th year this August—takes place in a variety of venues all within easy walking distance of this main commercial area: clubs, bars, theaters, even an outdoor performance space in a public park. For a first time visitor to the festival, I found these venues to be extremely convenient, which compelled me to do much walking back and forth through the city, discovering new streets, eateries and bars, and getting a general feeling for Oslo in a manner that not every major city-based festival does.

The Oslo Jazz Festival has not been reviewed in this publication in recent years, one reason being its positioning just one step off the beaten path of the more familiar ones in continental Europe—like Perugia, Italy (Umbria Jazz Festival) and Rotterdam, Netherlands (North Sea Jazz.) As well, it’s more of a concert series—some evenings have multiple performances, but never at the same time.

But the festival in Oslo is a major player in this world. It boasts major jazz talent, a history, and consistency of institutional support—evidenced by lamppost banners up and down Karl Johans gate, and the festival offices located in a stylishly refurbished office building downtown with rent subsidized by public and corporate sources. The annual ten-day jazz event also coincides with the edgy, alt-pop/hip hop/metal Oya music festival that made for some interesting hotel lobby encounters and conversations (I’ll confess that not having time to catch a P.J. Harvey concert was one of this summer’s regrets.)

The festival has been under the artistic direction for the past ten years by producer Edvard Askeland, a bassist and longtime member of the Norwegian jazz scene. Friendly and quick to laugh, he sat down with me for lunch one afternoon. Between bites from an artisanal platter of salmon, herring, whale, and reindeer, he described his journey through the local jazz scene, performing with visiting American musicians (a humorous recollection of jamming on a blues with Clark Terry that he counted off at an exhilarating, “Cherokee”-like tempo), a brief foray into teaching, and eventually receiving the reigns of the festival.

A little background about the booking at the festival: what had begun as a more straight-ahead approach to the music had opened up by 2005 (according to a review in JazzTimes) to include groundbreaking electronica groups like Aphex Twin and LCD Soundsystem. Now in 2017, Askeland is committed to a wide spread of styles that fall under the ever-expanding umbrella of jazz, the more liberal definition of the term being applied to Norwegian rock and soul groups. During our chat, he stressed a few aspects of the festival of which he seems most proud: the ability to rely on a well-coordinated company of over 200 volunteers; the continuing presence of younger festival goers; and the consistent creation of special projects and concerts—like a big band recreation of A Love Supreme in 2015; and a Michael Brecker remembrance this year assembled by saxophonist Petter Wettre.

“But you saw the Queen right? She comes every year, and speaks on the first night…” Speak Queen Sonya did—in Norse—before the audience seated at in Oslo’s sleek, wooden-interiored Opera House, giving the festival its annual blessing. She then left the stage to a special, opening night of collaborative music and spirit led by French-African drummer Manu Katché & Friends. The friends turned out to be a true, all-star Norwegian lineup, each contributing an original composition to the set list: trumpeter Mathias Eikert; guitarist Jacob Young; keyboardist Bugge Wesseltoft; bassist Ellen Andrea Wang; and three (primarily) tenor saxophonists, Tore Brunborg, Trygve Seim, and Wettre.

The music was of varying quality and flavor—each tune making generous room for the composer to solo, or to sing in the case of Wang. The first half of the program in fact served as a valuable primer both at the impressive level of talent that Norway has, and the musical flavors that many of the country’s composers favor: cinematic soundscapes and romantic, at times somber moods. The energy noticeably picked up towards the concert’s second half, and Katché brought the house—a well-dressed, older crowd—to its feet with energetic originals taken mostly from his 2007 ECM album Playground, and a rousing encore—“Walking By Your Side” from a live 2014 album recorded in Norway. To appropriate applause, Katché, a native Parisian, closed by acknowledging the inspiration he finds in Norway and his plans to continue collaborating here.

One of Oslo’s year-round contributions to the international jazz world is the warmly intimate, and great sounding theater called the Victoria. Mention it to most touring jazz players and expect some degree of a swoon; musicians love playing there. Maybe it’s that the dimensions are just right—a small but comfortable stage with a subtle proscenium; or perhaps it’s the classy, well-maintained interior of the house itself, with small balconies (one musician mentioned a feeling of being embraced while performing.) It feels well-attended even when not packed, and when sold out—as it was for a late night performance by Still Dreaming—the vibe was electric, pure celebration.

I should note that Oslo was the final gig after almost a year and a half of touring that the Still Dreaming quartet—Joshua Redman, Ron Miles, Scott Colley and Brian Blade—has engaged in since forming at the start of 2016 and, according to those in the know, just before they head into the studio. The benefit of this much time together was apparent from the start. Their set, drawing liberally from the Old & New Dreams and Ornette Coleman songbook, as well as a few originals that at least felt as if they were composed in that same style, was a tour de force of musical conversation, a perfect balance of rehearsed parts and interjections and asides that could only have come from seasoned performers who had spent time together, exploring and enjoying the material.

I was fortunate to catch Still Dreaming when they debuted at the Jazz Standard in New York City in 2016; I heard them two other times in Europe this summer. Their performance in Oslo was as perfect as it gets (did I just use the term “perfect” twice?) It was one of those evenings that can be gauged as much by others’ reactions as one’s own. I recall the musicians being as giddy as I’ve ever seen them, and various members of the Norwegian jazz crowd, critics, and officers of Oslo’s Nasjonal Jazzscene (who regularly book the Victoria) smiling like schoolkids. Here’s hoping this performance, or at least parts of it, were recorded and might be released sometime as well.

Another confession: I was only at the festival for three more days of the festival’s eight-day run, so while I can’t measure its full weight, there were other highlights I caught that spoke to the range and intelligence in its programming: an afternoon/evening that stayed cool and dry when the Oslo weather can be notoriously unpredictable, and featured three vocalists—the jazz-cum-gospel, message-giving of Gregory Porter; the Norwegian neo-soul balladry of Beady Belle; and Jamie Cullum, as warm and confident as I’ve ever seen him, channeling Ray Charles, then Bobby Darin then…Mel Tormé! Cullum’s back-to-back takes on “The Wind Cries Mary” and “What A Difference A Day Made”—both coincidentally recorded on his 2003 album Twentysomething—were a cumulative delight, showing off his rhythmic precision and close attention to arrangements, and other musical detail.

The last evening was spent in perhaps the festival’s most informal venue, a local jazz joint—a long bar, stools, tables and a small stage in the corner—called Herr Nilsen (to myself, I couldn’t resist referring to it in honor of one of my favorite L.A. singers of the past.) The Jensen Sisters—trumpeter Ingrid and saxophonist Christine—were supposed to kick off an evening of three bands, but only Ingrid, fresh from a summer of touring with the all-star group “The Ladies”, could make it. Nonetheless, with Norwegian support from guitarist Hans Mathisen and bassist Mats Eilertsen, plus her husband Jon Wikan on drums, Jensen alternated between trumpet and flugelhorn, delivering a set filled with pastoral flavors, emotional shading and shifts in rhythmic intensity: her effective use of mutes makes for its own show.  Much of the material were originals by either of the sisters (the evocative “Hope’s Trail” a standout) or respectfully chosen tunes by such composers as Kenny Wheeler (“Foxy Trot”) or Carla Bley (“Beautiful Garden”). The evening continued with a local, young electric power/noise quartet (guitar-tenor sax-bass-drums) that drew inspiration from the Tony Williams Lifetime school of intensity (two levels: high and very high) and a name from American pop culture (“Master Oogway” from Kung Fu Panda).

After only four days in Oslo, replete with well-produced events in comfortable venues, memorable performances, and a general, relaxed vibe that only serves to support the music and enhance the experience, a return visit is inevitable.

“It’s time to imagine a place where we can come together,” Danilo Pérez said from the hallowed stage of Washington, D.C.’s historic Sixth & I … END_OF_DOCUMENT_TOKEN_TO_BE_REPLACED

At the Zeiders American Dream Theater in Virginia Beach, Va., between April 8 and 10, the Vocal Jazz Summit convened in person for the first … END_OF_DOCUMENT_TOKEN_TO_BE_REPLACED

The Big Ears Festival returned to Knoxville in a big way in late March, drawing an estimated 30,000 music enthusiasts from across the U.S. and … END_OF_DOCUMENT_TOKEN_TO_BE_REPLACED

Let’s get this out of the way: The Savannah Music Festival is not a jazz festival. Held over the course of 17 days in late … END_OF_DOCUMENT_TOKEN_TO_BE_REPLACED