Skip to content
Become a member and get exclusive access to articles, live sessions and more!
Start Your Free Trial
Home > Reviews > New York City, Vision Festival > One Night at the Vision Festival 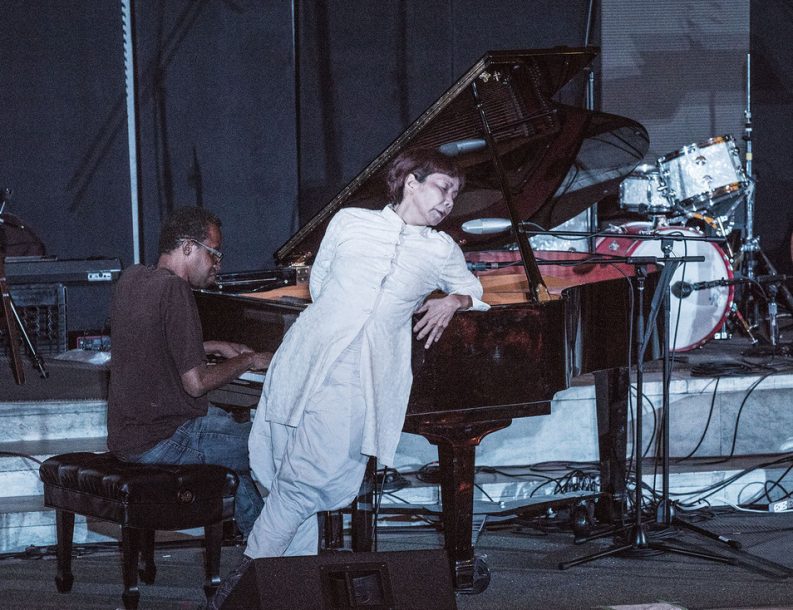 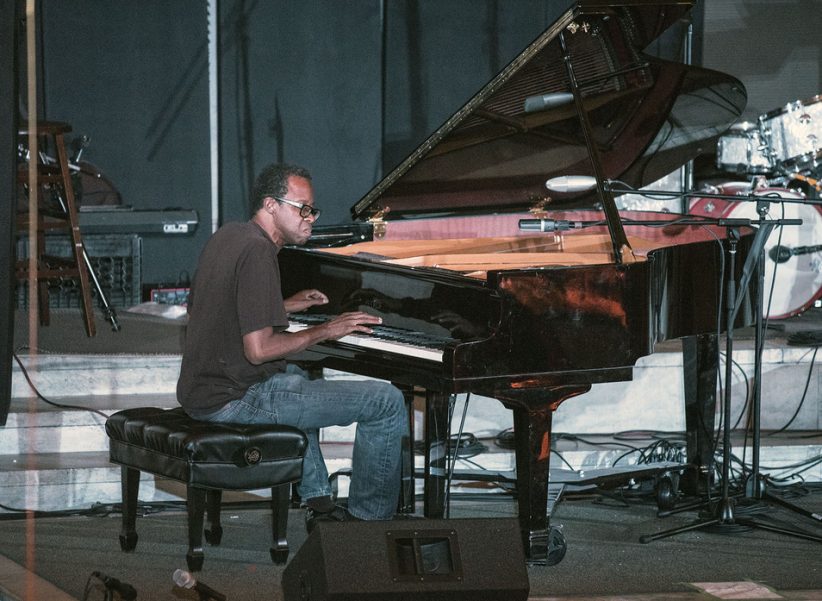 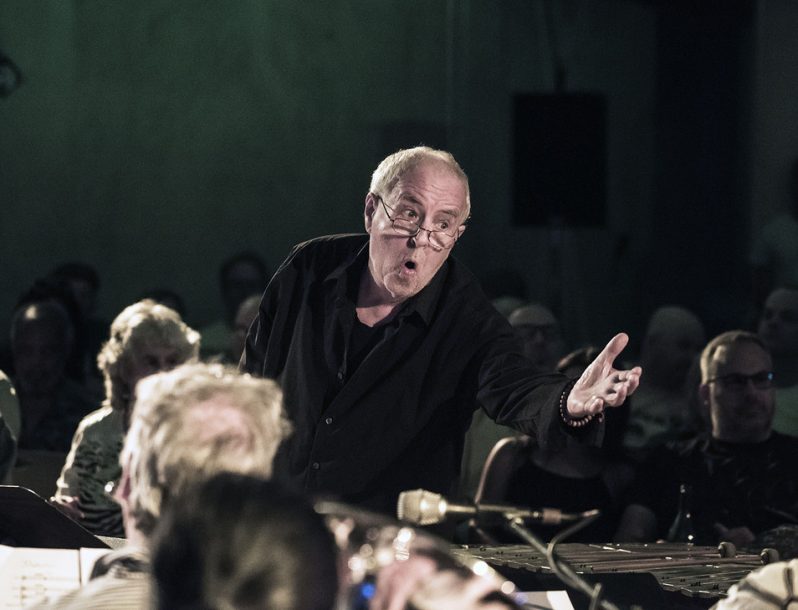 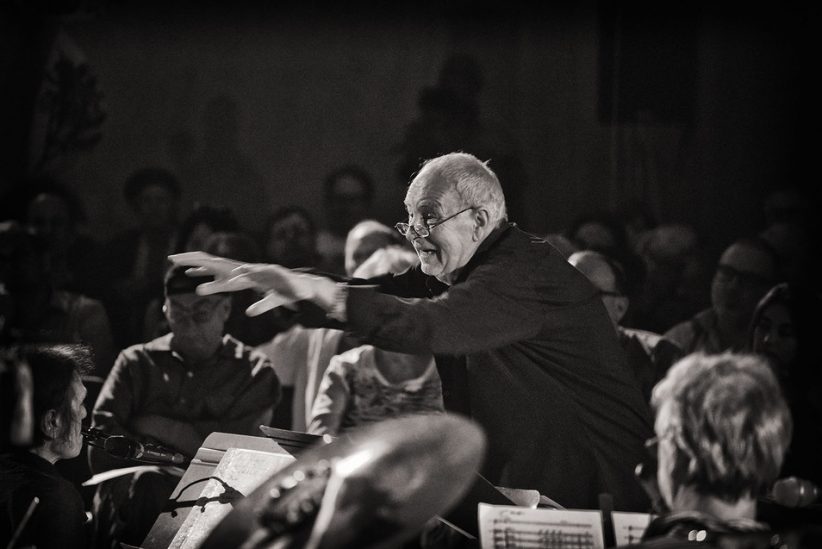 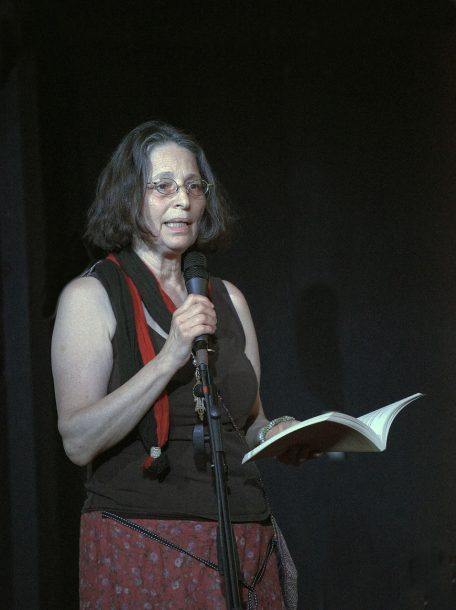 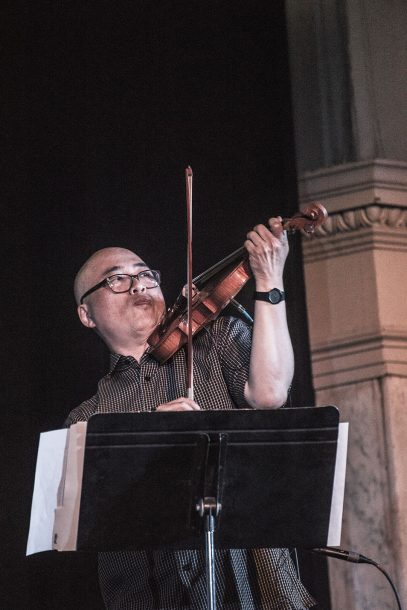 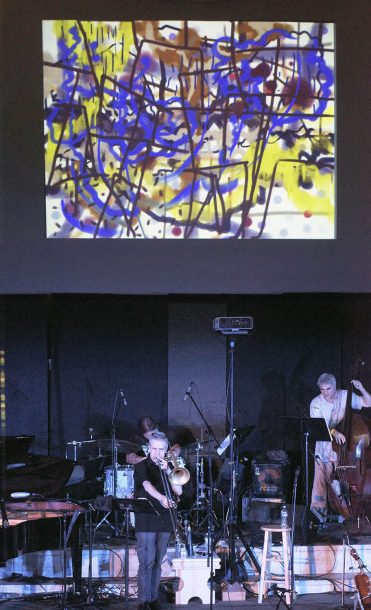 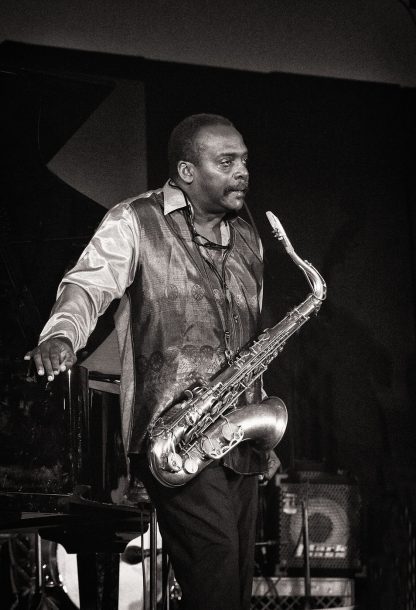 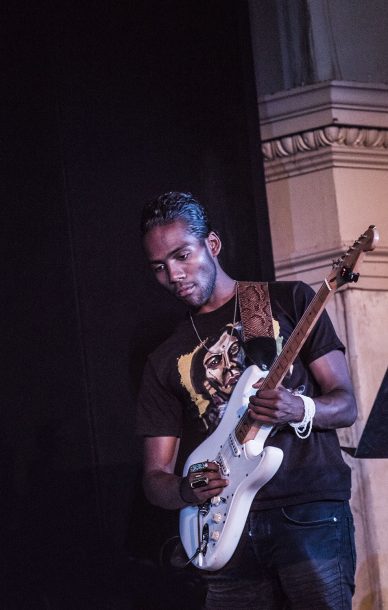 The Vision Festival marked its 20th year as New York’s premier experimental music celebration with an ambitious program encompassing films, scholarly presentations, panel discussions, art exhibits, dance, poetry and, of course, performances by some of the leading lights of creative improvised music. The festival, which ran from July 5-12, was held for the first time in the Judson Memorial Church on Washington Square South, having migrated from its previous locations in the Lower East Side and Brooklyn. Patricia Nicholson Parker, founder of the festival, remains its guiding light, and on the night I attended (Friday, July 10), did everything from stage managing and emceeing to reciting poetry and moving furniture.

The performances were varied, engaging and uniformly excellent. Matthew Shipp and dancer Yoshiko Chuma opened the evening with a collaboration titled “A Piano,” with the pianist drawing from his broad stylistic palette to provide inventive counterpoint to the dancer’s singular choreography. Karl Berger’s Improviser’s Chamber Orchestra followed with “The Sertso Suite,” which was intended to “resonate with the physical as well as the spiritual spaciousness of the church.” It did that and more. Although there was written music, it was clear that Berger was orchestrating many sections on the spot, energetically conducting from within the center of the ensemble. The musicians responded, creating a spontaneous performance that seamlessly melded collective improvisation, composed themes, and inspired solos into a unified whole.

“I hear music as a house, with melodies, rhythms, harmonies, textures offering rooms in which musicians sing,” writes violinist Jason Kao Hwang, adding, “here the voice of each musician can transcend interpretation and become an originating spirit.” His group, Sing House, translated this philosophy into a compelling set that traversed a wide range of moods, rhythms and emotions. The ensemble (Hwang, violin; Steve Swell, trombone; Chris Forbes, piano; Ken Filiano, bass; and Andrew Drury, drums) were masters at subtly building intensity, with pieces climaxing in creative sonic eruptions, often provided by Forbes (an equally riveting soloist and accompanist) and Swell, whose trombone can convey anything from gutbucket early jazz to supernatural sounds, sometimes simultaneously.

The high energy level was maintained by saxophonist David Murray, who appeared with the Class Struggle Trio, named after a poem by Amiri Baraka. The trio consisted of Burniss Earl Travis on bass, Chris Beck on drums and its director and guitarist Mingus Murray, who happens to be David’s son. The younger Murray is clearly a force to be reckoned with, bringing to bear a wide variety of influences, including funk, rock and roll, soul and jazz. Consequently, the trio was able to move in any direction, and elicited an inspired performance from the saxophonist, who turned 60 in February, on a variety of material ranging from lyrical to free to calypso.

The audience included aging hipsters, Woodstock survivors and a large segment of young people, which is most encouraging. It was disconcerting, however, to see “VIP seating” taking up the first rows and (even more troubling to witness a near-fight between two “VIPs” who were arguing over seats), seemingly antithetical to the general spirit of the Vision Festival. But if it takes VIP seating to sustain this seminal New York institution, it’s well worth it.

The 2022 Newport Jazz Festival’s three days of sunshine were bracketed, more or less, by a pair of all-star ensemble jams that included Christian McBride. … END_OF_DOCUMENT_TOKEN_TO_BE_REPLACED

In its first full edition since the onset of the pandemic, and with a new director of programming, the Festival International de Jazz de Montréal … END_OF_DOCUMENT_TOKEN_TO_BE_REPLACED

Among the many physical, spiritual, and institutional losses related to the still-ongoing pandemic is that of Los Angeles’ renowned Playboy Jazz Festival (PJF) at the … END_OF_DOCUMENT_TOKEN_TO_BE_REPLACED

It’s difficult to imagine what the stage and the audience would have looked like at Gaillard Center in Charleston, South Carolina, if Rhiannon Giddens’ new … END_OF_DOCUMENT_TOKEN_TO_BE_REPLACED