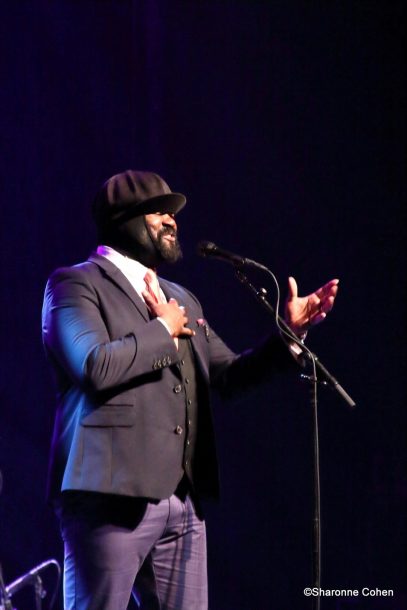 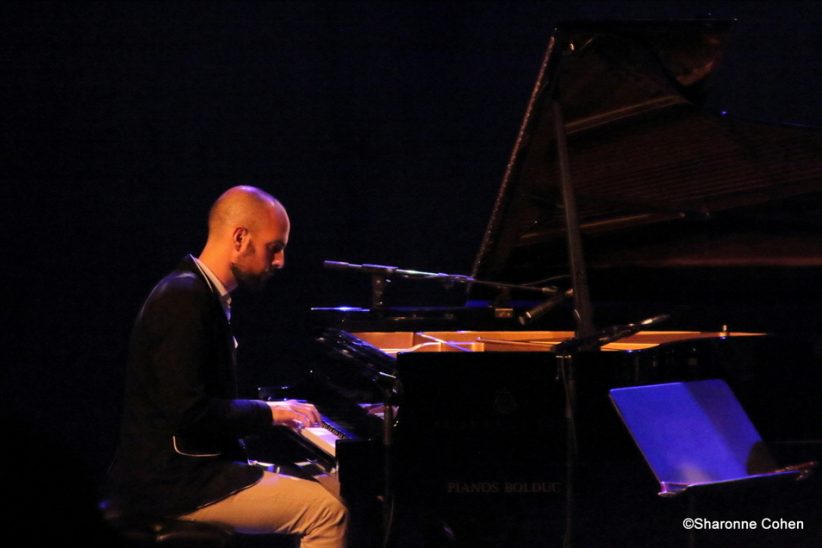 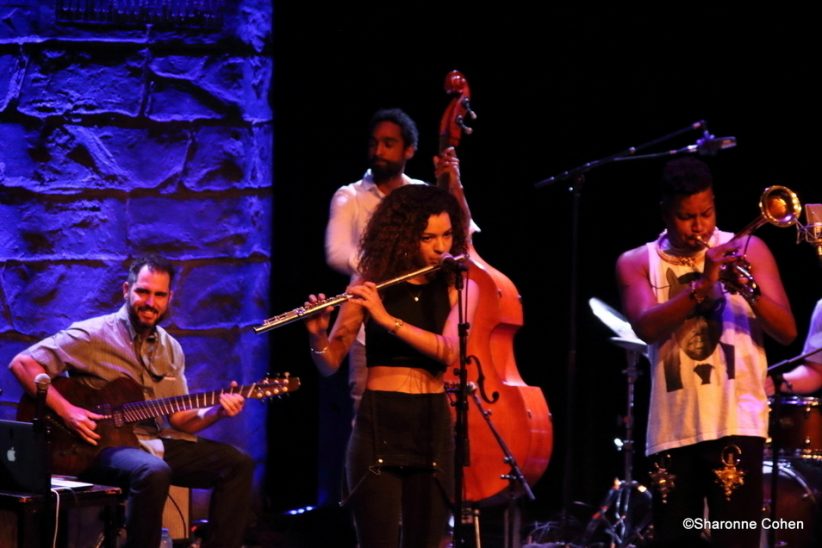 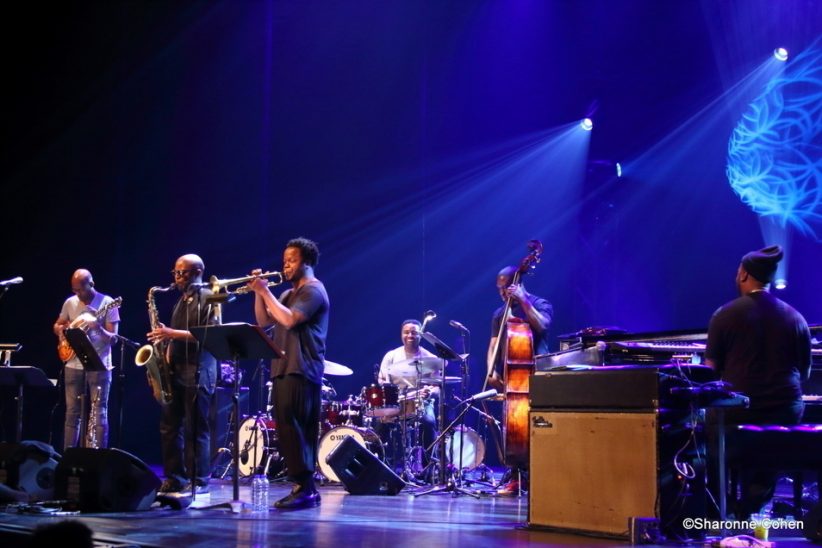 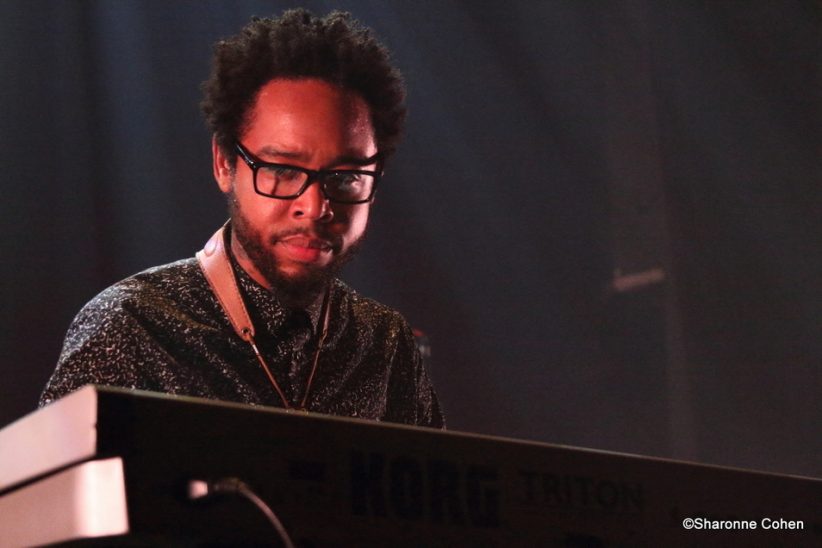 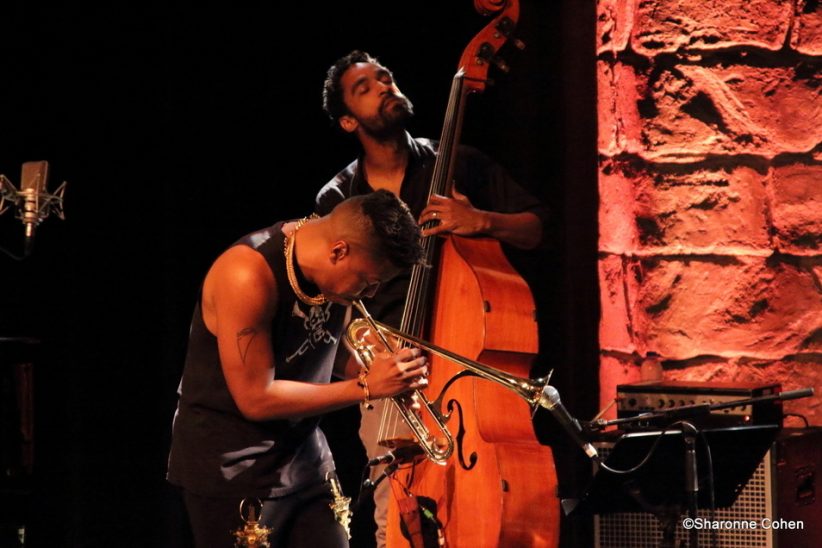 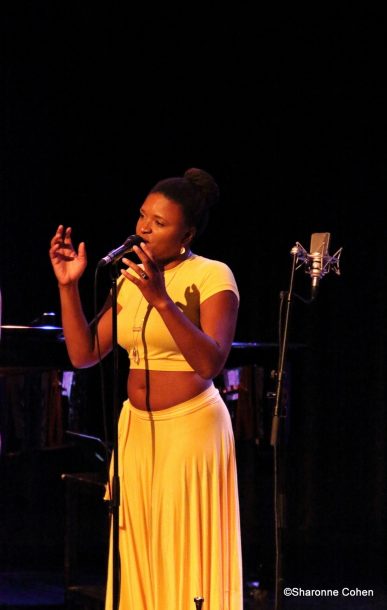 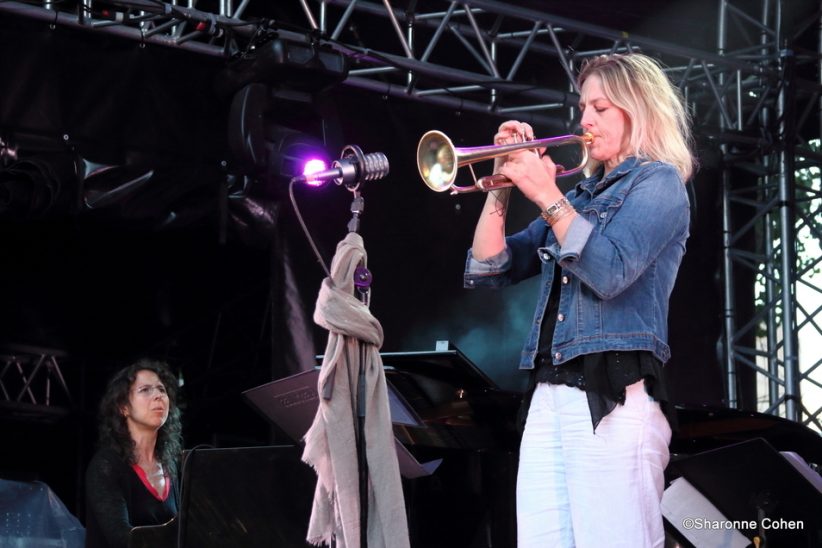 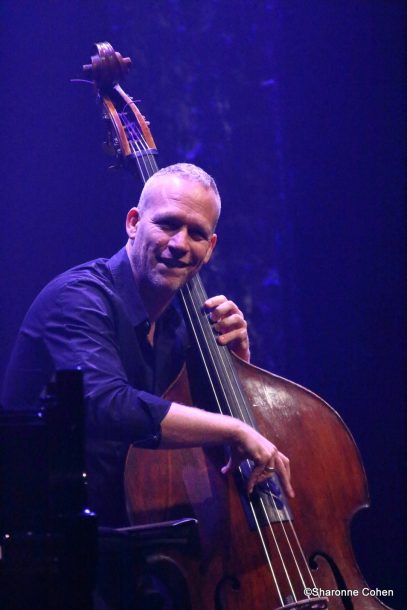 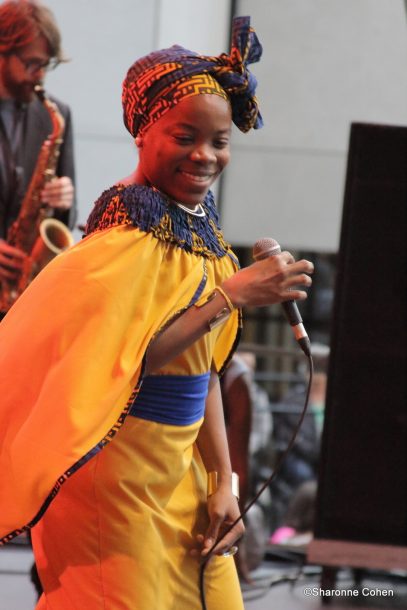 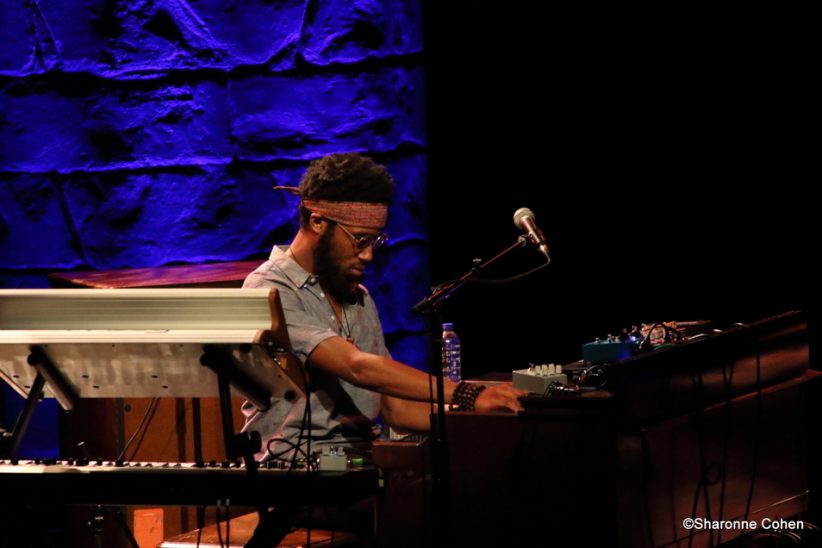 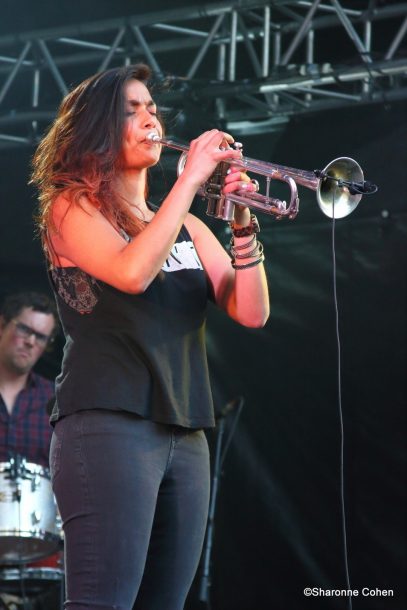 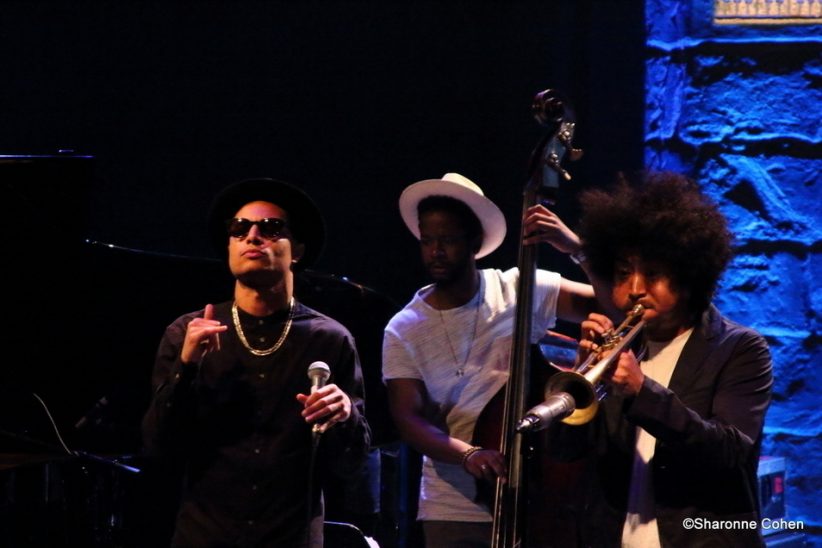 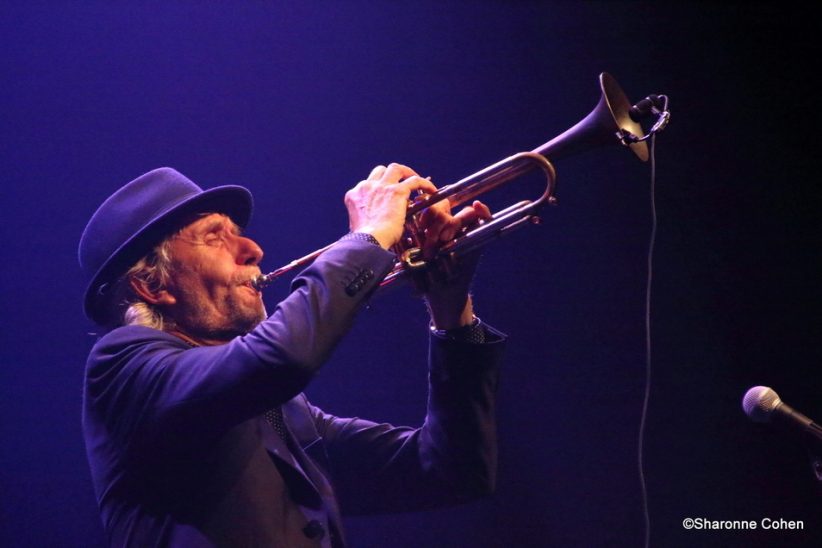 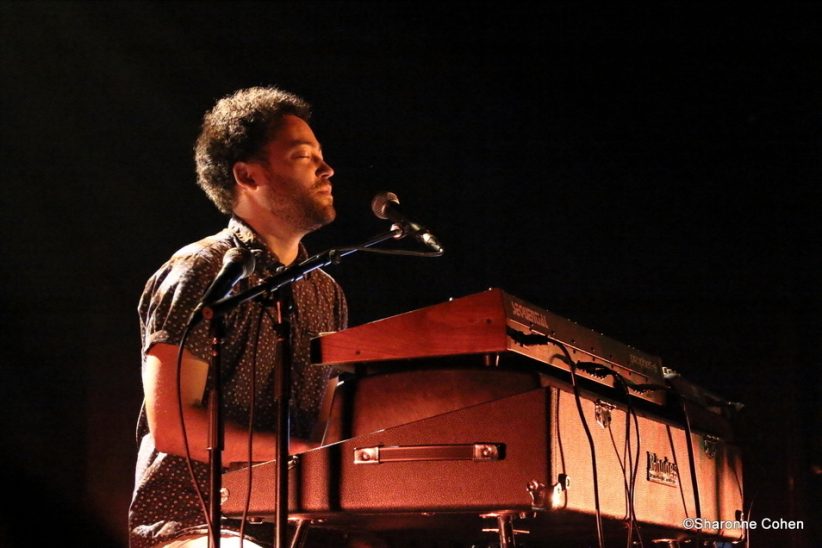 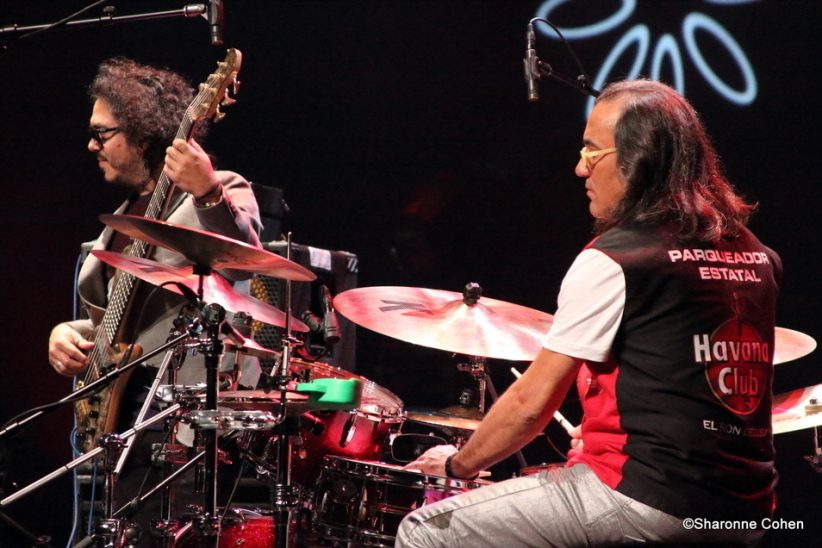 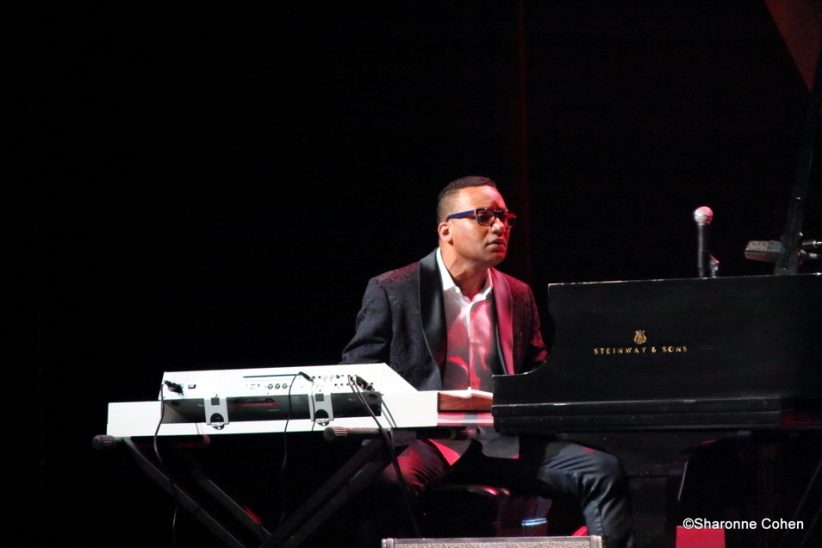 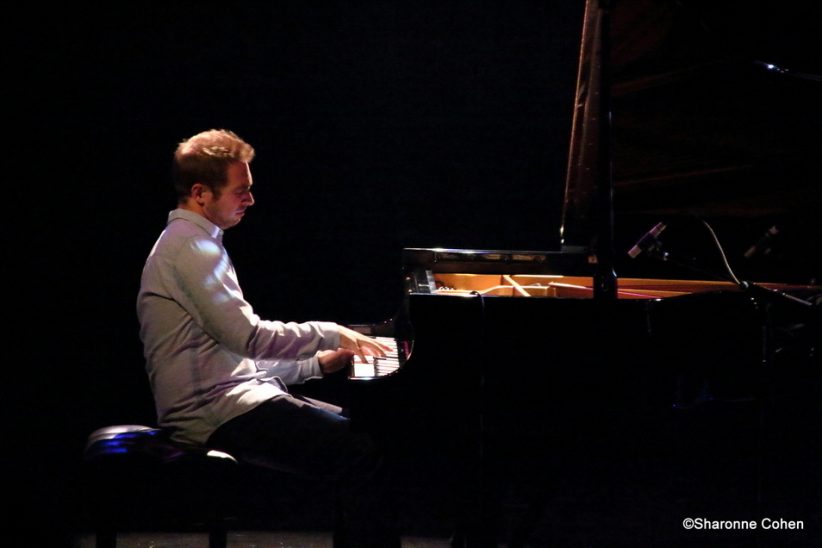 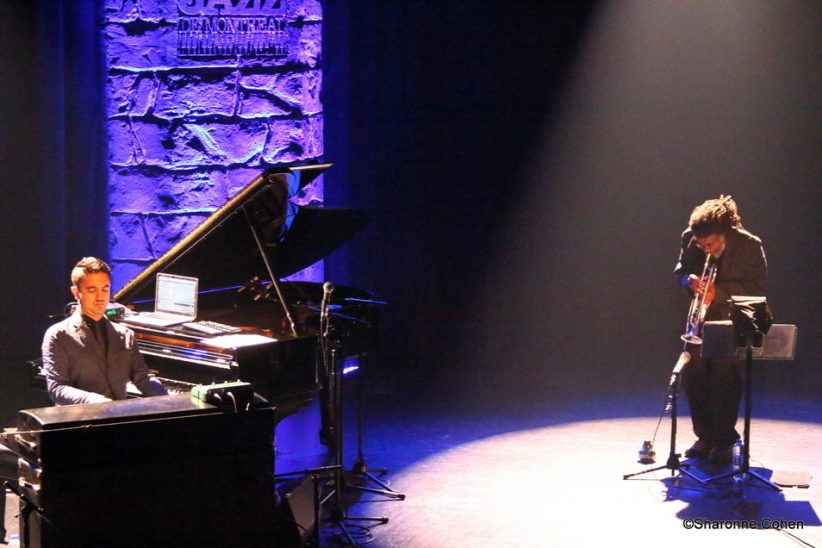 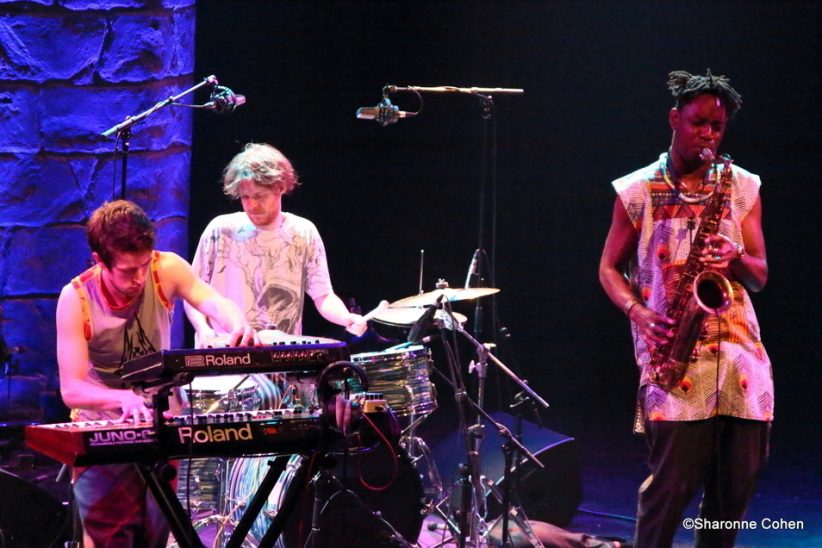 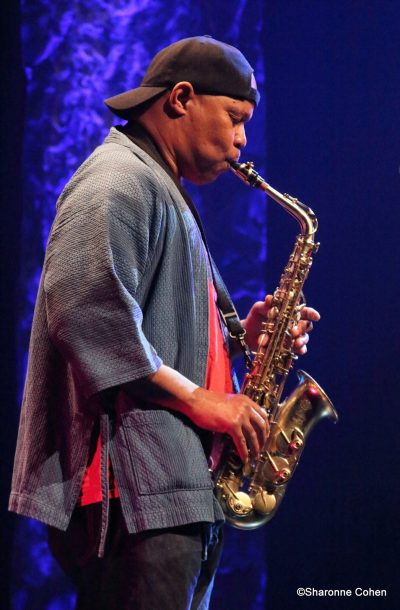 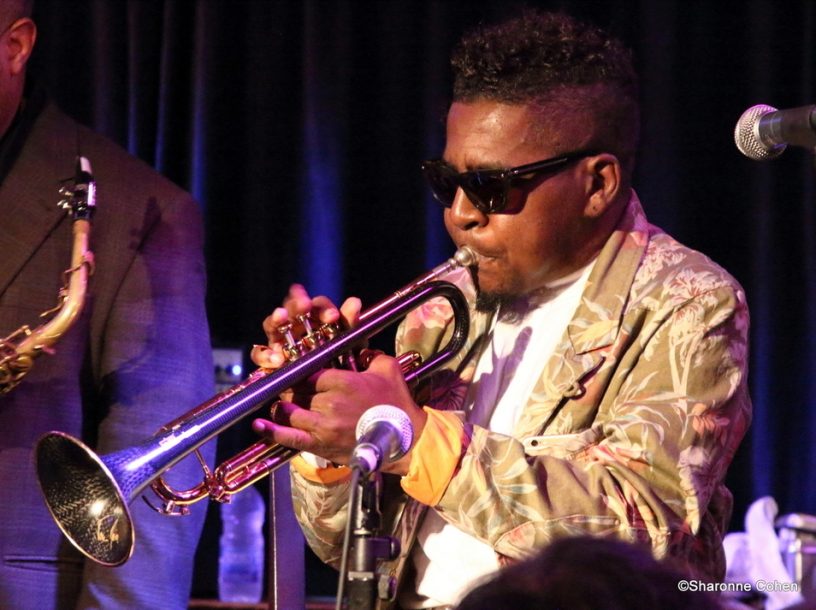 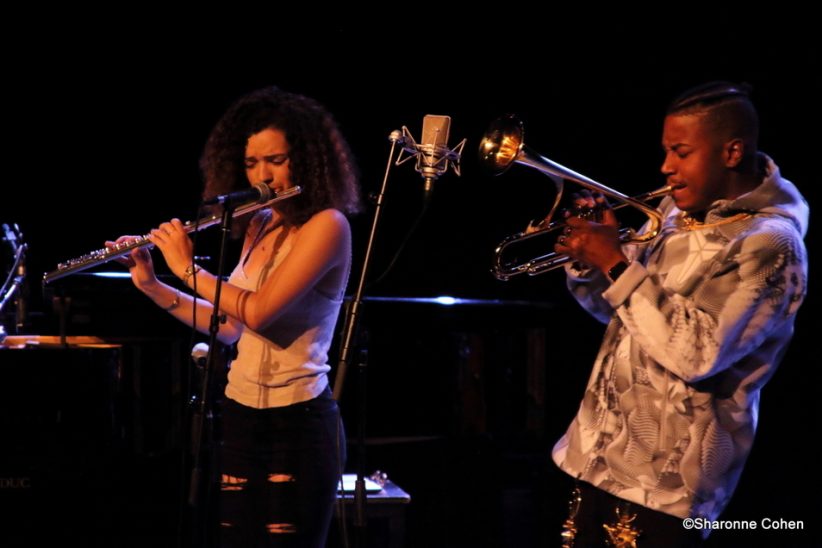 The Montreal International Jazz Festival kicked off its 37th edition June 29, opening night a microcosm of what was in store for this 11-day music extravaganza. Over two-dozen shows, on this night alone, spanned everything from vocal jazz to Quebecois blues, Jon Cleary’s New Orleans sound to Mashrou’ Leila’s Lebanese alt-pop, and a concert billed as “Total Madness”-pianist Jean-Michel Pilc, bassist François Moutin, drummer Ari Hoenig and saxophonists Joel Frahm and Jacques Schwarz-Bart. The outdoor opening concert by powerhouse vocalist Sharon Jones and the Dapp Kings drew a crowd of thousands, igniting the festival spirit.

The festival’s two million visitors had a vast selection of over 800 concerts, performed on both indoor and outdoor stages, with virtually every genre and subgenre represented. Musical events began as early as 11 a.m., with family-friendly activities like jazz lessons at the Little School of Jazz, Dixie bands and stilt walkers roaming the festival perimeter spanning several square blocks in the center of downtown Montreal.

Other jazz highlights included Dr. Lonnie Smith, who performed two nights at the Upstairs Jazz and Grill; Chick Corea featured a trio with longtime collaborators Christian McBride and Brian Blade; Montreal’s beloved Oliver Jones (81) bade the festival adieu accompanied by his solid trio, and as a guest of the Orchestre National de Jazz de Montréal; Kenny Barron was honored with an Invitation Series (three consecutive nights with invited guests), as well as the Miles Davis Award; and legendary blues guitarist Taj Mahal received the B.B. King Blues Award prior to his concert at Théâtre Maisonneuve. But it was saxophone sensation Kamasi Washington’s pre-opening concert on June 20, at a packed Métropolis (1,500 people in attendance), that signaled the numerous young artists featured in this year’s edition, expanding jazz’s horizons in distinctive ways.

Washington contributed to Kendrick Lamar’s jazz-infused landmark album, To Pimp a Butterfly, co-produced by multi-instrumentalist Terrace Martin. Supported by a tight unit of young musicians, Martin played a compelling, soulful jazz-funk set at Club Soda, exploring material from his recently released Velvet Portraits. Taylor McFerrin, son of singer Bobby McFerrin, accompanied by monster drummer Marcus Gilmore, was thoroughly engaging with his unique brand of alternative R&B, left-field hip-hop and intricate jazz-influenced electronica. Keyboard phenom Cory Henry of Snarky Puppy took his late-night audience to church at the Gesù auditorium with his Revival-a project “not specific to any genre; it’s music that makes you feel good,” he explained. Playing mostly Hammond B3, he traversed funk, jazz, soul and gospel, and the crowd seemed to know all the runs, clapping and singing along.

There was a diverse array of trumpeters to choose from this year, representing a broad spectrum of styles and sounds. Wynton Marsalis led the Jazz at Lincoln Center Orchestra at Maison symphonique; Israeli trumpeter Itamar Borochov fused traditional jazz with Arab and pan-African influences; Roy Hargrove and his quintet played five sets at Upstairs, enchanting audiences with George Gershwin’s “Embraceable You” and Sam Cooke’s “Bring It on Home to Me,” adding vocals on “My Personal Possession,” and serving up Michael Jackson’s “Rock With You” as an encore; Frenchman Erik Truffaz shared music from his new album, Doni Doni; and avant-garde jazz legend Wadada Leo Smith played an intimate set with pianist Vijay Iyer, exploring music from their ECM album, A Cosmic Rhythm With Each Stroke. Iyer’s cerebral approach was juxtaposed with Smith’s, whose extended, poetic improvisational lines were all heart.

A number of female trumpeters were featured as well, including Ingrid Jensen, who played a set with sister Christine at Dièse Onze jazz club, and another with a local treasure, pianist Marianne Trudel; Montreal’s own Rachel Therrien (winner of last year’s TD Grand Jazz Award), performing with various groups and headlining her own quintet; and Toronto-based trumpeter-vocalist Tara Kannangara, who won the festival’s Stingray Rising Star Award for best composition, for her piece “The House Where I Live,” off her Juno-nominated album Some Version of the Truth, blending jazz and melodic indie-pop.

Scott’s first night featured his working quintet, playing John Coltrane’s “Equinox,” “The Last Chieftain” and other tunes off Stretch Music (2015), as well as new material. (Scott announced he’d be releasing either two or three albums next year, marking the centennial of the first jazz recording.) For his second concert Scott invited guitar legend Charlie Hunter, “someone I’ve listened to and looked up to since I started playing this music,” praising his percussive style and influence. Scott experimented with various pedals and effects (“I never play with all this stuff”) on music derived mainly from Stretch Music, as well as Herbie Hancock’s “The Eye of the Hurricane.” Guitar heads vocalized their awe and appreciation during Hunter’s dazzling solos. For the third and final installment of the series, Scott was joined by vocalist Lizz Wright who, at 36, joked that she was the oldest person on the bandstand. Hailed by Scott as “one of the most unique, captivating voices [he’s] ever heard,” Wright displayed her characteristically rich, soulful vocals and warm tone, as Elena Pinderhughes added vocal harmonies. The band presented an eclectic set, performing Neil Young’s “Old Man” as well as tunes from Wright’s most recent recording, Freedom and Surrender.

The festival promises an even bigger celebration next year, as it prepares for a special edition that will coincide with Montreal’s 375th anniversary and Canada’s 150th anniversary.

Among the many physical, spiritual, and institutional losses related to the still-ongoing pandemic is that of Los Angeles’ renowned Playboy Jazz Festival (PJF) at the … END_OF_DOCUMENT_TOKEN_TO_BE_REPLACED

It’s difficult to imagine what the stage and the audience would have looked like at Gaillard Center in Charleston, South Carolina, if Rhiannon Giddens’ new … END_OF_DOCUMENT_TOKEN_TO_BE_REPLACED

“It’s time to imagine a place where we can come together,” Danilo Pérez said from the hallowed stage of Washington, D.C.’s historic Sixth & I … END_OF_DOCUMENT_TOKEN_TO_BE_REPLACED

At the Zeiders American Dream Theater in Virginia Beach, Va., between April 8 and 10, the Vocal Jazz Summit convened in person for the first … END_OF_DOCUMENT_TOKEN_TO_BE_REPLACED