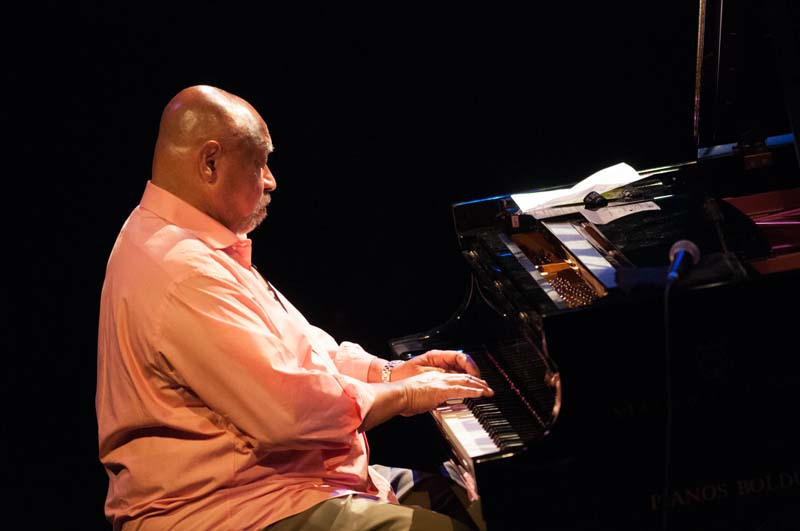 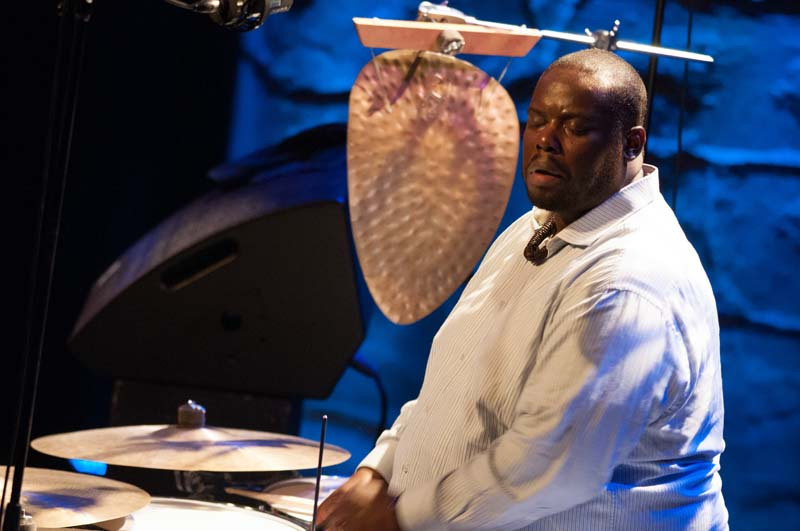 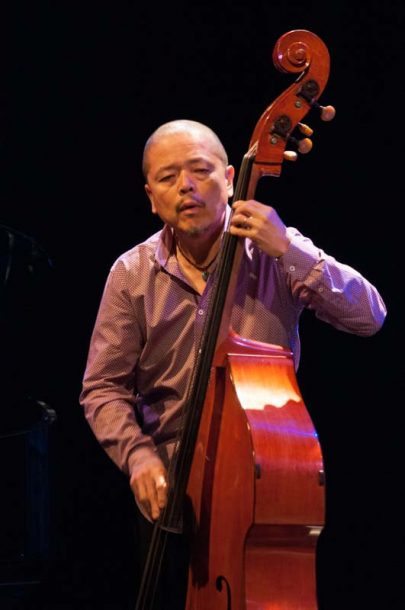 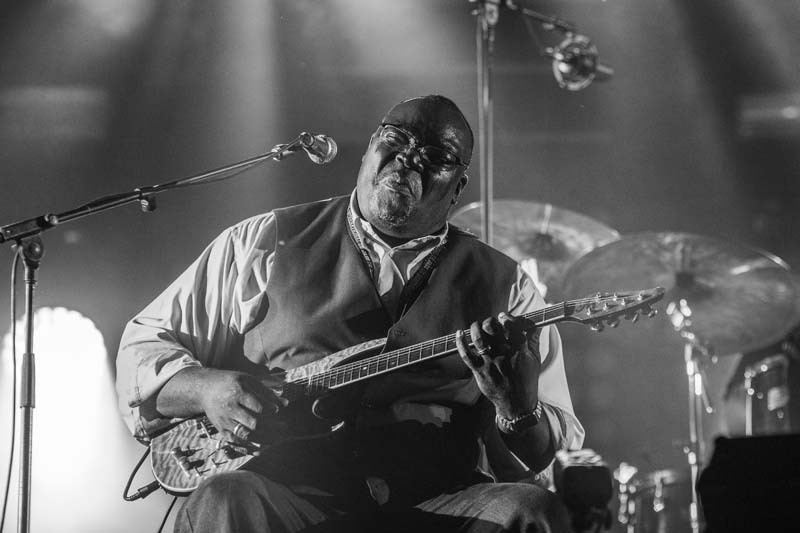 Phil Campbell, of the Campbell Brothers, performs at the 2016 Montreal International Jazz Festival 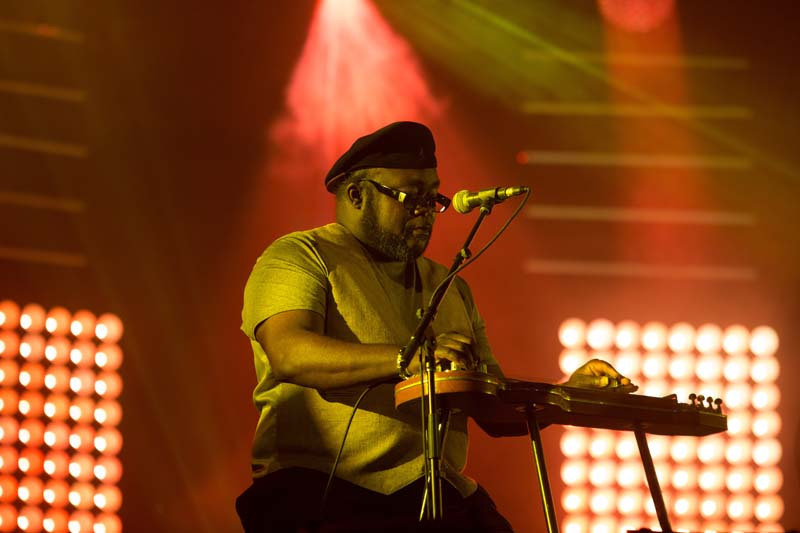 Darick Campbell, of the Campbell Brothers, performs at the 2016 Montreal International Jazz Festival 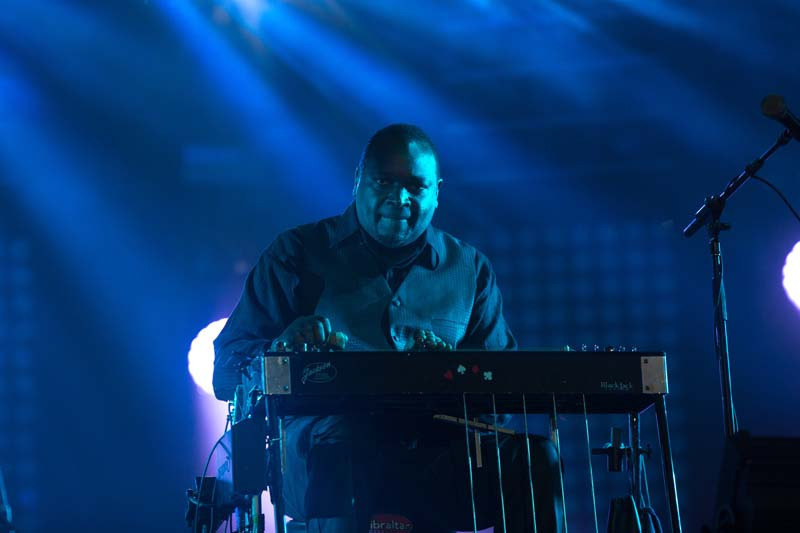 Chuck Campbell, of the Campbell Brothers, performs at the 2016 Montreal International Jazz Festival 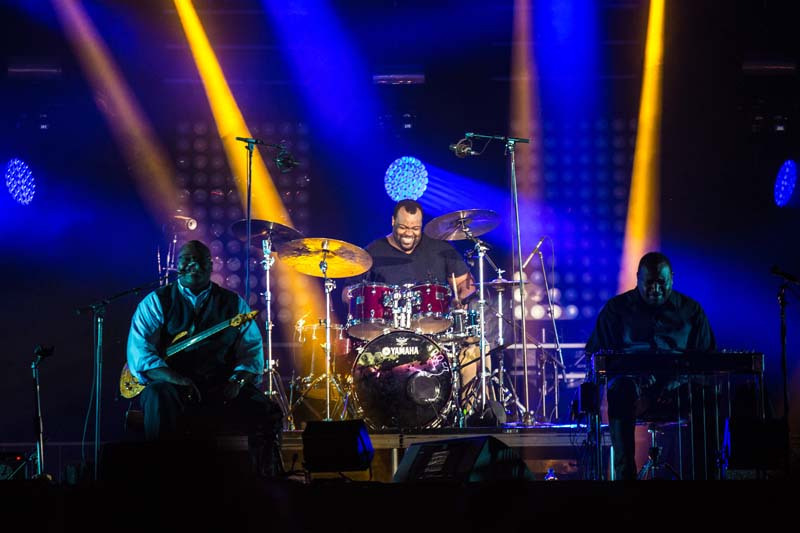 The Campbell Brothers perform at the 2016 Montreal Jazz Fest 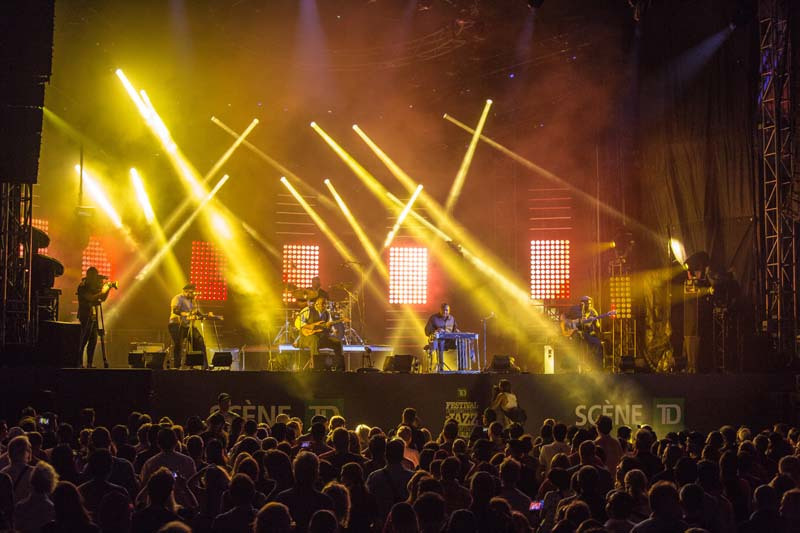 The Campbell Brothers perform at the 2016 Montreal International Jazz Festival 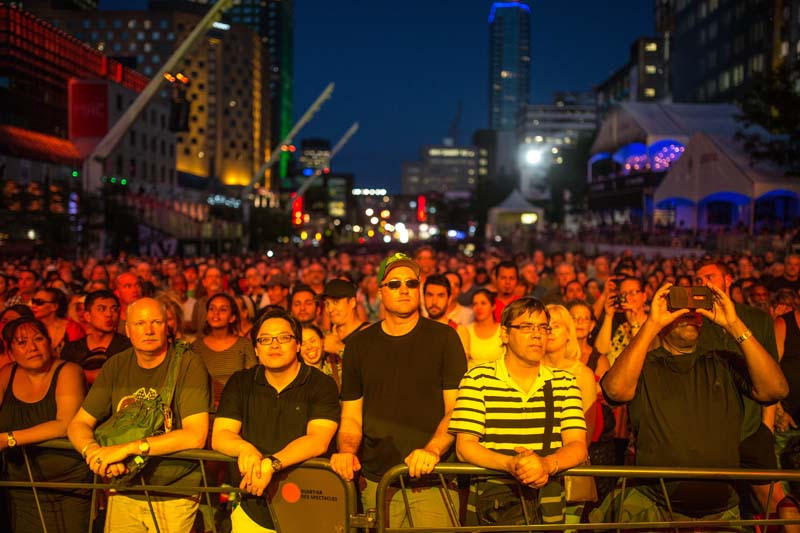 The crowd at the 2016 Montreal International Jazz Festival, during a performance by the Campbell Brothers 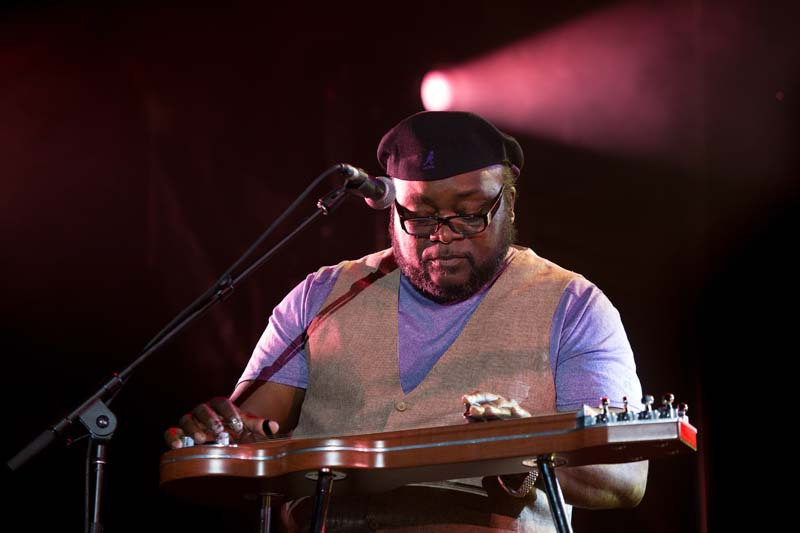 Darick Campbell, of the Campbell Brothers, performs at the 2016 Montreal International Jazz Festival

The Festival International de Jazz de Montréal, easily one of the world’s largest and most well-organized affairs of its kind, historically has offered an eclectic mix of music. Thousands of musicians from 30 countries hold forth on nearly 25 venues-outdoor stages and beautifully appointed theaters and nightclubs-in the Quartier des spectacles, the cultural center of the cosmopolitan, bilingual city. The 37th edition of the festival, June 29 through July 9, didn’t break with that tradition, as jazz stars shared the bill with artists drawing from blues, soul, rock, hip-hop, Americana, electronica, disparate traditions generally grouped under the world music-umbrella, and other genres.

Top-shelf jazz again was plentiful, as handily demonstrated by the first and last shows I caught at this year’s fest, sets by Kenny Barron’s trio and Roberta Gambarini. Barron, a revered jazz master, played Gesu, a gorgeous, comfortable, acoustically pristine theater located in the basement of a 19th-century Catholic church; it was the third of a three-night residency for the pianist, following his performances in a duo with guitarist Lionel Loueke, and in a concert with singer/flutist Elena Pinderhughes.

The set, often entrancing, also included Barron originals “New York Attitude,” a bop burner spiked with stops and twists, and “Concentric Circles”; “I Hear a Rhapsody,” replete with trading 8’s; a Gal Costa bossa; “Nightfall,” an affecting ballad that Barron previously played with its composer, the late bassist Charlie Haden; and a calypso number. The leader went it alone for an under-appreciated Monk gem, “Light Blue,” which incorporated stride rhythms and was as angular, quirky and playful as might be expected.

It was quite a treat catching Italian-born singer Roberta Gambarini on July 8 at the intimate Upstairs Jazz Bar & Grill, which is, yes, downstairs, and located nearly a mile away from the festival’s other venues. Backed by Roy Hargrove’s band (the trumpeter played the same venue the previous two nights, and the two artists share the same management), she excelled on a rangy program that opened a cappella with an affecting version of Cole Porter’s “So in Love.”

Gambarini, who had last played the festival in 2010, slipped in some adroit scatting on “Nobody Else But Me,” and offered a pair of Jobim tunes and several penned by saxophonists-Benny Carter’s “When Lights Are Low,” Jimmy Heath’s “The Voice of the Saxophone” and “Mandela,” both from the singer’s 2015 collaboration with the latter, and Johnny Griffin’s bluesy “The Jamfs Are Coming.” The highlights kept coming, including two tunes from the Gershwins’ Porgy and Bess, two gems from the Ennio Morricone-scored film Cinema Paradiso, a rousing “From This Moment On,” “Forever and a Day” and “Estate,” sung in Italian and featuring extended scatting that had the singer imitating the sound of a trombone. Gambarini, artfully leaning into and sustaining notes, connecting phrases in an often surprising manner, and imbuing all with a wide range of emotions, remains an immensely gifted true jazz vocalist, an inheritor of a tradition personified by the likes of Sarah Vaughan and Ella Fitzgerald.

The Campbell Brothers (July 5), a family band from Upstate New York featuring twin pedal-steel guitar players, focused on a sprawling, energetic version of Coltrane’s classic A Love Supreme during their outdoor show. The group mixed Hendrix-style rock textures with funk and gospel rhythms, drawing from the musicians’ origins in the sacred-steel tradition, on the traditional “Wade in the Water,” Sam Cooke’s “A Change Is Gonna Come” and several originals.

Miller’s band, shifting among jazz-funk, fusion and rock styles, focused on the African-rooted grooves and American soul influences at play on his recent Afrodeezia album. The nearly two-hour concert also included “Tutu,” one of several tunes Miller wrote, played on and co-produced for Miles Davis’ 1986 album of the same name; and a newfangled version of Edgar Winter’s early ’70s instrumental rock hit “Frankenstein.” In addition to bass guitar, Miller played his bass clarinet and a kind of wooden box guitar. The bassist was an engaging presence, energetically moving around the stage, visibly responding to his bandmates’ playing and speaking French and English. The enthusiastic audience treated Miller like a hometown hero. No wonder: It was his third time playing the festival in five years.

Vijay Iyer, another Montreal festival regular, teamed up with trumpeter Wadada Leo Smith at Gesu for a July 7 duo performance associated with the pair’s ECM album, A Cosmic Rhythm With Each Stroke. (It was Iyer’s eighth Montreal festival appearance since 2003.) The two conspired on a nearly nonstop set of avant-leaning improv that was heavy on acoustic and electric textures and atmospherics. Iyer played a grand piano and Fender Rhodes and manipulated sounds via his laptop, while Smith offered muted and open long tones, shrieks, whispers and various sound effects. It was conversational, highly interactive and at times hypnotic. The rapt audience showed their appreciation for the challenging, adventurous music.

Among the many physical, spiritual, and institutional losses related to the still-ongoing pandemic is that of Los Angeles’ renowned Playboy Jazz Festival (PJF) at the … END_OF_DOCUMENT_TOKEN_TO_BE_REPLACED

It’s difficult to imagine what the stage and the audience would have looked like at Gaillard Center in Charleston, South Carolina, if Rhiannon Giddens’ new … END_OF_DOCUMENT_TOKEN_TO_BE_REPLACED

“It’s time to imagine a place where we can come together,” Danilo Pérez said from the hallowed stage of Washington, D.C.’s historic Sixth & I … END_OF_DOCUMENT_TOKEN_TO_BE_REPLACED

At the Zeiders American Dream Theater in Virginia Beach, Va., between April 8 and 10, the Vocal Jazz Summit convened in person for the first … END_OF_DOCUMENT_TOKEN_TO_BE_REPLACED