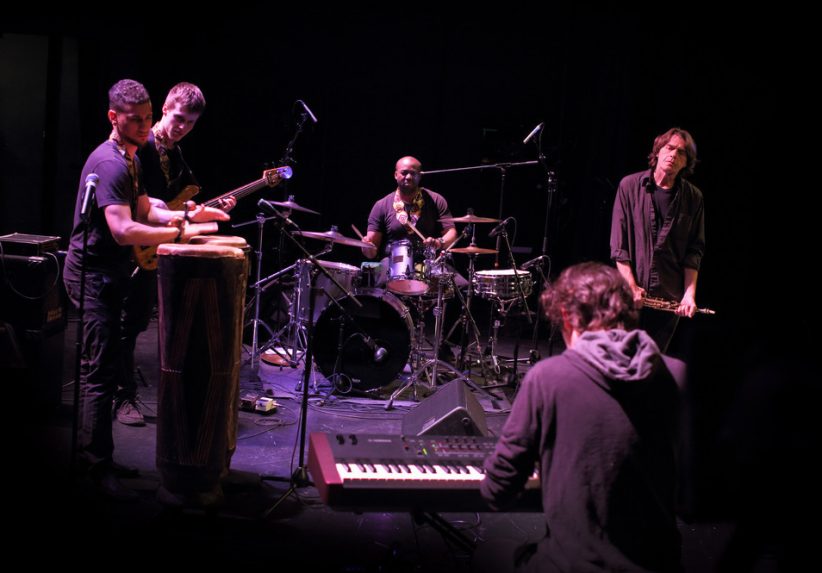 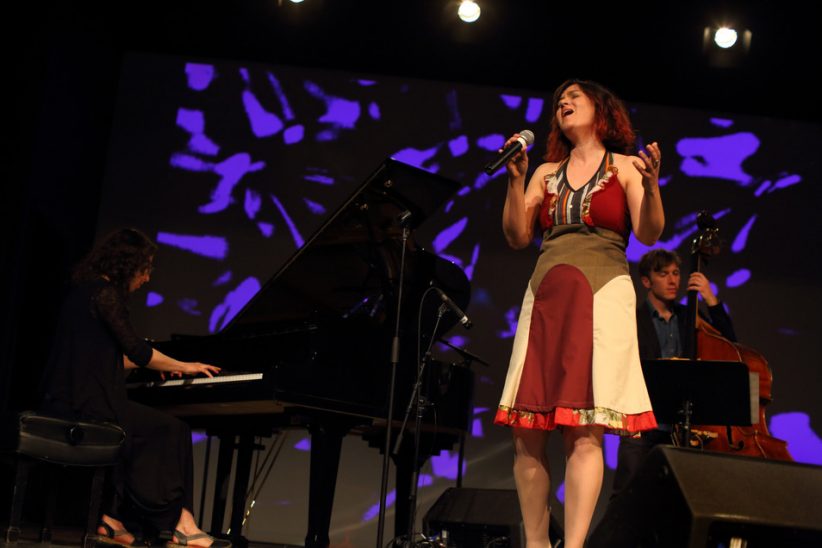 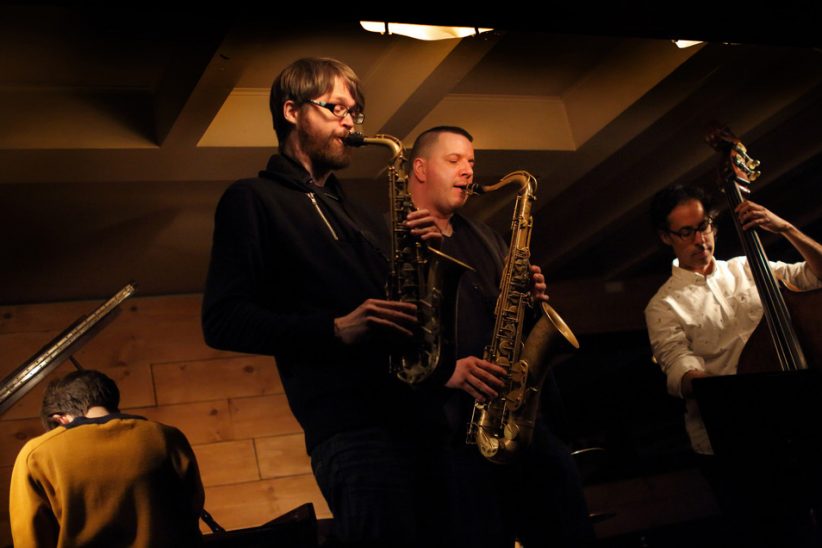 There was no shortage of jazz in Montreal on Saturday, April 30, a.k.a. International Jazz Day. The city’s vibrant, diverse local community offered a plethora of the music in various forms, styles and permutations.

The main event was a concert held at the University of Montreal’s Centre d’essai, organized by jazz promoter Alain Mercier. This is the second year that Mercier has put together an evening marking International Jazz Day and showcasing Montreal talent. The event also featured an exhibition of portraits of several local jazz musicians by Montreal photographer and filmmaker Randy Cole, creator of Jazz, Period, a film series documenting Canadian artists and their projects. Entitled Practice, the collection depicts the artists with their instruments, in their natural environment, capturing their very essence.

Radio personality Stanley Péan emceed the evening, and his opening words to the full house quoted from Wayne Shorter and Herbie Hancock ‘s recent open letter to the next generation of artists:

First, awaken to your humanity. Embrace and conquer the road less traveled. Welcome the unknown. Understand the true nature of obstacles. Don’t be afraid to interact with those who are different from you. Strive to create agenda-free dialogue. Be wary of ego. Appreciate the generation that walked before you. And live in a state of constant wonder.

The triple-bill kicked off with pianist Marianne Trudel, winner of Québec’s Opus Award, and singer Sonia Johnson, herself a Juno Award winner, accompanied by bassist Rémi-Jean Leblanc. Opening with a bass and vocal intro to Paul Chambers’ “Visitation,” Johnson scatting in unison with Leblanc, the trio displayed a strong chemistry after Trudel joined in. Subsequent tunes included a playful rendition of “Bye Bye Blackbird,” as well as engaging original material penned by both Johnson and Trudel, appearing on Johnson’s Triades (2012) and Le Coeur à L’endroit (The Right-Side-Up Heart, 2014). Emotive, multi-textured vocals paired with poignant, often-lyrical playing translated into a captivating set. Trudel thanked the members of the audience, encouraging them to continue supporting the art form and the artists who create it by going to jazz clubs and buying jazz records. “It is a question of survival,” she said, “and of love.”

The second set featured the trio led by pianist Emie R Roussel. Voted CBC Jazz Revelation in 2014 and winner of the Felix Award for Best Jazz Album of the Year for the group’s 2015 album, Quantum, this fusion band demonstrated a strong affinity for Swedish pianist Esbjörn Svensson’s e.s.t.

The evening’s emphatic final installment was delivered by Jazzamboka-an amalgamation of the words jazz and yamboka, meaning village or country in the Congolese language of Lingala. This powerhouse, award-winning quintet includes drummer Noel Mpiaza and percussionist Elli Miller-Maboungou, both of Congolese descent; bassist Émile Farley; saxophonist Julien Fillion; and keyboardist Félix Leblanc. At the core of its unique sound are the traditional rhythms of Central Africa, as well as various influences-bebop, hip-hop, funk, rock and electronica. With an improvisational jazz sensibility, the band performed collectively composed material from a new album slated for release this fall. The band opened with “Kimia” (Peace), with driving drums and electric bass pulsating behind Fillion’s serpentine soprano saxophone, and “Montreal by Night,” which featured intricate time signatures and a strong solo by Farley. Mpiaza added yet another layer to the music as he chanted and sang, his voice shifting intriguingly in pitch, tone and texture. Joining the band for “Statement” was invited guest Jean-Pierre Zanella, one of the leading saxophonists in the Montreal scene. His affecting statement of the tune’s tender melody quickly spiraled into a frenetic pace driven by all the band members. A can’t-sit-still drum-percussion solo closed out the night.

Additionally, there was a lot going on in various other venues around the city. Veteran Montreal jazz trumpeter and educator Kevin Dean headlined at Résonance; vocalist Erin Costelo, a Halifax, Nova Scotia, native who has opened for Mavis Staples, Bettye LaVette and Dr. John, celebrated the release of her new album, Down Below, The Status Quo, at Upstairs Bar and Grill; and saxophonist Al McLean performed with his Gasoline Rainbow Quintet at Dièse Onze (Sharp Eleven) jazz club, where I arrived just in time to catch a fierce third set including extended workouts on Jerome Kern’s “Yesterdays” and John Coltrane’s “Mr. Day.” Accompanied by bassist Adrian Vedady, drummer Alain Bourgeois and pianist Marie-Fatima Rudolf, McLean (on tenor) and alto saxophonist Erik Hove played off one another in riveting, surprising and altogether beautiful ways.

The 2022 Newport Jazz Festival’s three days of sunshine were bracketed, more or less, by a pair of all-star ensemble jams that included Christian McBride. … END_OF_DOCUMENT_TOKEN_TO_BE_REPLACED

In its first full edition since the onset of the pandemic, and with a new director of programming, the Festival International de Jazz de Montréal … END_OF_DOCUMENT_TOKEN_TO_BE_REPLACED

Among the many physical, spiritual, and institutional losses related to the still-ongoing pandemic is that of Los Angeles’ renowned Playboy Jazz Festival (PJF) at the … END_OF_DOCUMENT_TOKEN_TO_BE_REPLACED

It’s difficult to imagine what the stage and the audience would have looked like at Gaillard Center in Charleston, South Carolina, if Rhiannon Giddens’ new … END_OF_DOCUMENT_TOKEN_TO_BE_REPLACED