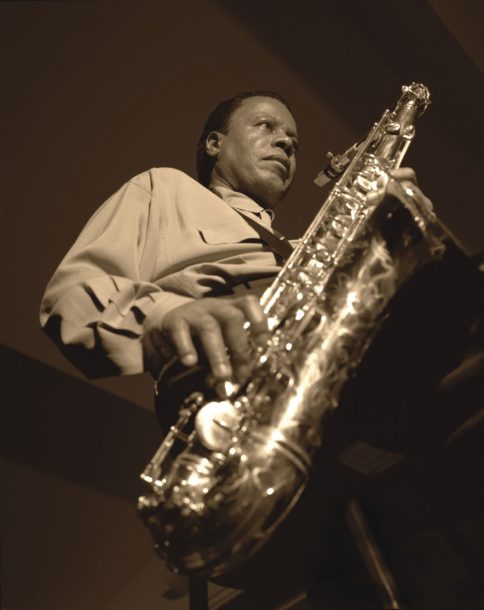 The Montreal Jazz Festival allows audiences to hear some of the world’s greatest jazz artists within days or mere hours of one another. The results offer one the opportunity to listen to jazz in a different way.

Experiencing this year’s lineup, two camps emerged. At the formally structured Les Grands concert hall programs, jazz giants saxophonist Wayne Shorter and pianist McCoy Tyner (pictured) fronted bands filled with renowned musicians who, in most cases, are leaders in their own right. Though these two groups certainly approached their respective material individualistically, they shared a singular focus on ensemble work. As always, Shorter, who spent almost equal time on tenor and soprano, relied on the huge talents of his long-standing partners, pianist Danilo Perez, drummer Brian Blade and bassist John Patitucci, to inspire a tune’s direction. It would simply be a waste to not let the low-riding Blade freely wield his magic sticks. That some found that Shorter didn’t blow enough, a criticism that has followed the saxophonist for most of his career, belays the collective nature of the band and simply wasn’t true. He blew plenty and when he took horn to mouth new paths were charted.

Those looking for sheer blowing found it the night before when Pharoah Sanders strode onstage in festive spirits at the Spectrum. The nightclub setting of the venue plus a later start time-10 p.m. rather than 6 p.m.-offered a more laid-back atmosphere that Sanders and his explosive crew-William Henderson, piano, Joe Farnsworth, drums and Dezron Douglas, bass-took full advantage of. The saxophonist jumped right into it by opening with “My Favorite Things” and by set’s end had the crowd on its feet, singing and dancing with him-Sanders got down. Throughout, Henderson was particularly impressive tackling material with a balance of delicacy and strength.

Back-to-back performances by the McCoy Tyner Septet and saxophonist Kenny Garrett’s quartet, with a quick stop at an outdoor stage to check out Madagascar-born guitarist Donne Roberts, underlined the contrast between ensembles and blow sessions. Both, of course, have their place satisfying on diverse levels. Tyner, whose strength is back following a serious illness, smiled and sat regally at the beautiful grand piano apparently enjoying his band as much as anyone in the audience. The group-bassist Charnett Moffet and drummer Eric Kamau Gravatt with a frontline of trombonist Steve Turre, saxophonists Donald Harrison and Eric Alexander and trumpeter Wallace Roney-relied on teamwork. The big-eared horn players would expertly comp when a soloist stepped out, such as when Roney, whose sparkling trumpet matched his golden jacket, took the lead. Harrison, who has been known to play some drums himself, kept eyeing Gravatt’s stick work. Following several strong and artfully understated solos, the

saxophonist demonstrated that in the end the alto was the axe of choice. All demonstrated great reverence toward McCoy-with a musical phrase, a look, a smile, a nod.

The same night, Garrett, like Sanders, came bursting onto the bandstand at the Spectrum. While McCoy’s band boasted veterans, the saxophonist arrived with a young, eager group of musicians-pianist Benito Gonzalez, bassist Kristopher Funn and drummer James Williams. Beyond Garrett’s free-spirited blowing, it was pianist Gonzalez who caught attention moving with equal dexterity between the acoustic and electric keys as was stylistically warranted. The show seemed like the evening topper, though there was more to come as the Garrett rhythm section headed to the late-night jam at the Hyatt Hotel and backed Steve Turre’s conch shells on an inspired version of “All Blues.”

“It’s time to imagine a place where we can come together,” Danilo Pérez said from the hallowed stage of Washington, D.C.’s historic Sixth & I … END_OF_DOCUMENT_TOKEN_TO_BE_REPLACED

At the Zeiders American Dream Theater in Virginia Beach, Va., between April 8 and 10, the Vocal Jazz Summit convened in person for the first … END_OF_DOCUMENT_TOKEN_TO_BE_REPLACED

The Big Ears Festival returned to Knoxville in a big way in late March, drawing an estimated 30,000 music enthusiasts from across the U.S. and … END_OF_DOCUMENT_TOKEN_TO_BE_REPLACED

Let’s get this out of the way: The Savannah Music Festival is not a jazz festival. Held over the course of 17 days in late … END_OF_DOCUMENT_TOKEN_TO_BE_REPLACED