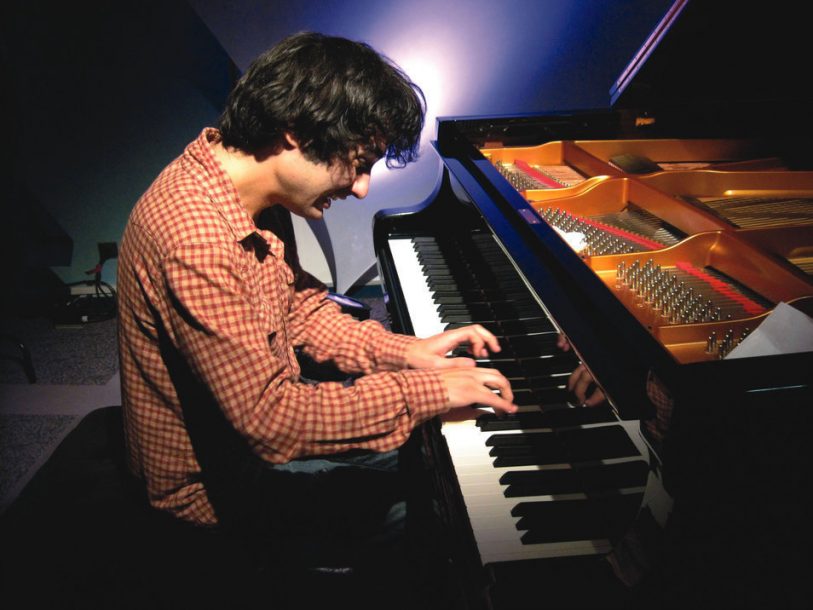 By the time Tigran Hamasyan won the prestigious Monk piano competition in 2006, he had already dominated similar face-offs in Monaco and Montreux. In Moscow, nearer his native Armenia, he placed third. It’s an enviable track record for any rising musician, much less one who is just 20. Of course, Hamasyan isn’t the only precocious keyboard demon stirring today’s waters: Eldar Djangirov, also 20, emerged from another corner of the former Soviet empire (Kyrgyzstan) and, like Hamasyan, wound up in southern California. Add 23-year-old Taylor Eigsti of the Bay Area and you have a Golden State triumvirate.

In late November the diminutive Hamasyan came to Paris for a two-nighter at Sunside, sister club of the older Sunset, which is downstairs (and less focused on acoustic jazz). Drawing mostly on repertoire from his sophomore release New Era (Nocturne Jazz), Hamasyan played to a packed and eager house. Unfortunately, this correspondent was restricted to the bar area, which lacked seats, oxygen and a full view of the bandstand. Hamasyan couldn’t be seen. If there was a silver lining in this, it was the ample opportunity to focus on bassist François Moutin and drummer Louis Moutin, the brothers whose Moutin Reunion Quartet had played the New Morning club earlier in the week. Both took visible delight in the fiery inventions of their much younger partner, who addressed the audience tentatively in English.

On January 10, 2010, an earthquake measuring 7.0 on the Richter scale struck Haiti, destroying much of its capital city, Port-au-Prince. Ten years later, with two … END_OF_DOCUMENT_TOKEN_TO_BE_REPLACED

There’s no way to cover Winter Jazzfest in its entirety—11 days of performances, talks, and other events at 21 venues in two New York City … END_OF_DOCUMENT_TOKEN_TO_BE_REPLACED

The Polish city of Wrocław—population 640,000—doesn’t have a very robust jazz scene, but for 10 days this past November it was transformed into one of … END_OF_DOCUMENT_TOKEN_TO_BE_REPLACED

Orvieto, in the dead center of the Italian peninsula, is a perfect oval hill town right out of central casting, perched majestically 1,000 feet above … END_OF_DOCUMENT_TOKEN_TO_BE_REPLACED