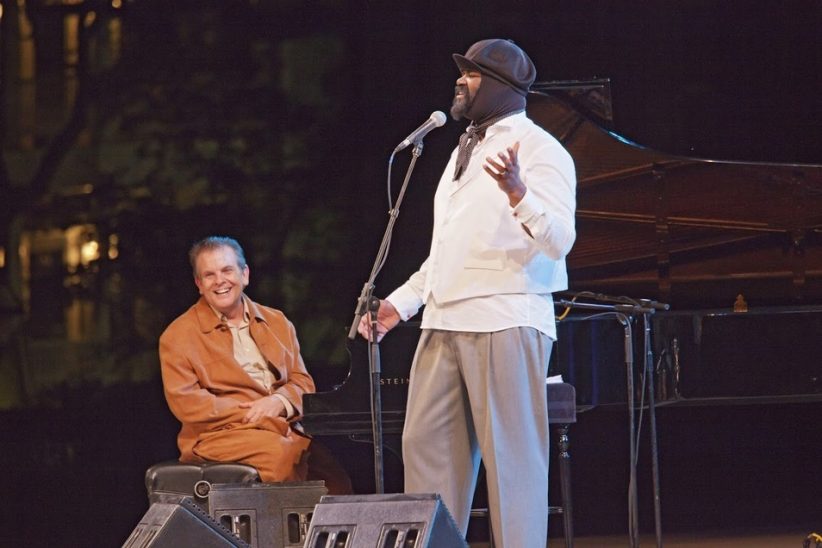 Since the first day of 90 degree weather for 2013 didn’t hit Charleston before the last note was played, this year’s Spoleto Festival USA may have literally been the coolest ever. Jackets were worn primarily for warmth rather than to make a fashion statement when Gregory Porter sang among the live oaks at Cistern Yard on the opening weekend. A week later, the mercury lingered over the 80 degree mark past sundown, but the laminated paper fans handed out with program booklets for the André Mehmari concert hardly came into play unless you needed it to swat a pesky insect.

Not to worry, in the absence of torrid Charleston temperatures, the lineup assembled by Spoleto jazz director Michael Grofsorean generated some serious heat. Finnish pianist Iiro Rantala made his Spoleto debut with six sets during a four-day stand at the Simons Center Recital Hall, where the duo of guitarist Alessandro Penezzi and clarinetist Alexandre Ribeiro took over a week later for a three-day run, playing five sets. Arguably the hottest of all was Israeli tenor man Eli Degibri, who played the Cistern after Porter’s two-night stint.

On January 10, 2010, an earthquake measuring 7.0 on the Richter scale struck Haiti, destroying much of its capital city, Port-au-Prince. Ten years later, with two … END_OF_DOCUMENT_TOKEN_TO_BE_REPLACED

There’s no way to cover Winter Jazzfest in its entirety—11 days of performances, talks, and other events at 21 venues in two New York City … END_OF_DOCUMENT_TOKEN_TO_BE_REPLACED

The Polish city of Wrocław—population 640,000—doesn’t have a very robust jazz scene, but for 10 days this past November it was transformed into one of … END_OF_DOCUMENT_TOKEN_TO_BE_REPLACED

Orvieto, in the dead center of the Italian peninsula, is a perfect oval hill town right out of central casting, perched majestically 1,000 feet above … END_OF_DOCUMENT_TOKEN_TO_BE_REPLACED