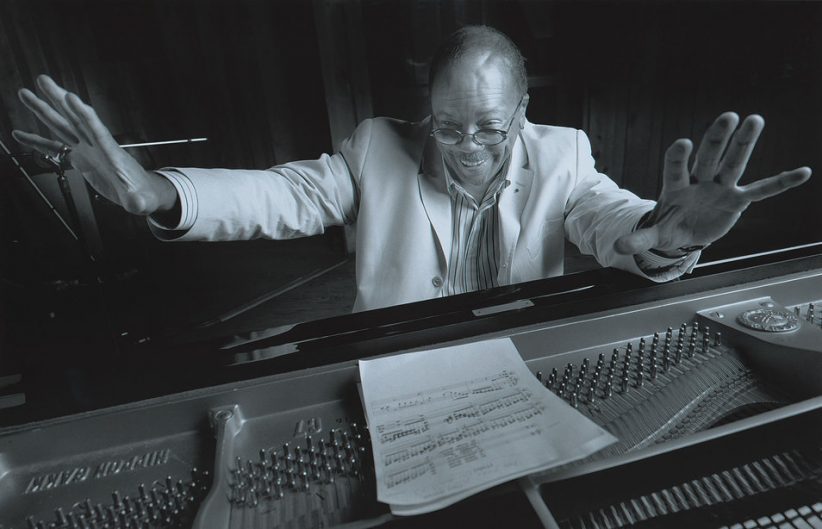 Quincy Jones may be best known these days as a pop record producer, but his own recordings, big band charts and film scores are held in high esteem by musicians and aficionados. The Smithsonian Jazz Masterworks Orchestra devoted a weekend in July to celebrating the compositions and arrangements of Jones, and they brought his music to life with vitality and skill.

The SJMO, under the direction of David N. Baker, is one of the most accomplished repertory bands in jazz, so it’s no surprise that they’ve built a loyal and growing audience in the nation’s capital. The capacity and quite vocal crowd was rewarded with lots of hard swing and some memorable solos.

Trumpeter Scott Wendholt sparked “Hard Sock Dance,” while the band fanned the flame behind him. The orchestra brought out the lush textures of the beautiful ballad “The Midnight Sun Will Never Set” with flutes, muted trombones and alto saxophonist Shannon LeClaire playing very pretty for the people. As usual, trumpeter Tom Williams and tenor saxophonist Loren Schoenberg contributed some creative, quote-filled variations throughout, but the most impressive solo spots belonged to saxophonist Charlie Young, whose huge sound filled the theater without any amplification, and trumpeter Joe Wilder, whose beautifully sculpted solos exemplified the ultimate in taste and sophistication.

The orchestra rarely performs with vocalists, but Delores Williams really got the crowd going as she displayed dramatic timing, superb intonation and hornlike phrasing on “Deed I Do” and “Shiny Stockings.” Williams knows how to put a lyric across, and the combined horns with their sly, phrase-ending shakes really delivered the goods.

Quincy Jones conducted several of his pieces during the concert’s second half and the band responded with passion and vigor. Jones is one of the great conductors in jazz; he not only sets the tempos and cues the various sections, his motions, gestures and expressions are those of a very hip, improvising dancer. Like any good dancer he uses his entire body to bring out the joy behind the notes.

The music was so entertaining and inspiring, not even the theater’s dreadful p.a. system could dampen the orchestra’s or the crowd’s enthusiasm. The only thing that threatened to seriously drag the mood was a self-serving presentation to Jones from the Voice of America. The VOA broadcaster who gave the award (and a hideous painting) to Jones mentioned herself or VOA at least five times during her solipsistic remarks. To his credit, Jones kept a straight face and responded with gracious dignity, showing he’s not just a great musician, but a gentleman as well.

It’s difficult to imagine what the stage and the audience would have looked like at Gaillard Center in Charleston, South Carolina, if Rhiannon Giddens’ new … END_OF_DOCUMENT_TOKEN_TO_BE_REPLACED

“It’s time to imagine a place where we can come together,” Danilo Pérez said from the hallowed stage of Washington, D.C.’s historic Sixth & I … END_OF_DOCUMENT_TOKEN_TO_BE_REPLACED

At the Zeiders American Dream Theater in Virginia Beach, Va., between April 8 and 10, the Vocal Jazz Summit convened in person for the first … END_OF_DOCUMENT_TOKEN_TO_BE_REPLACED

The Big Ears Festival returned to Knoxville in a big way in late March, drawing an estimated 30,000 music enthusiasts from across the U.S. and … END_OF_DOCUMENT_TOKEN_TO_BE_REPLACED