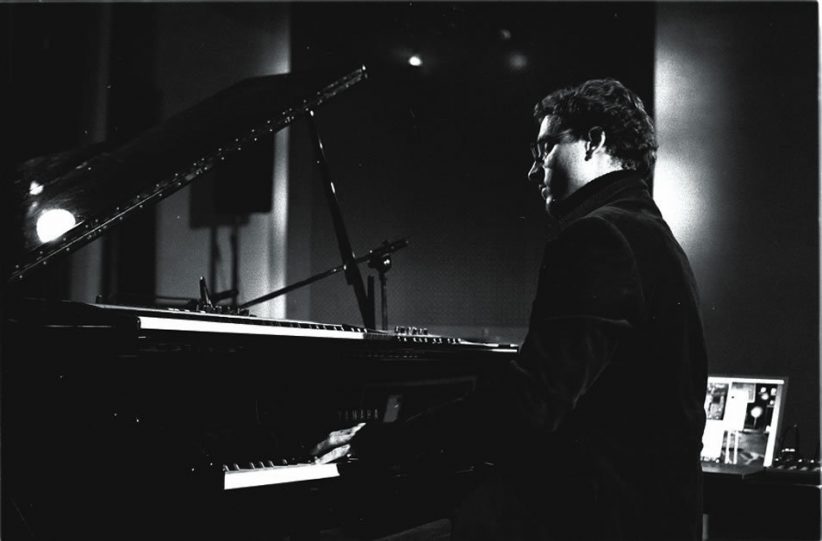 From generation to generation, like-minded musical cohorts have formed collectives to help them realize their ideas and bring greater attention to their work. In the early ’60s, several renegade musicians banded together to form the Association for the Advancement of Creative Musicians (AACM), which spawned the Art Ensemble of Chicago and also helped launch the careers of Muhal Richard Abrams, Joseph Jarman, Roscoe Mitchell and Phil Cohran. Twenty years later it was the Brooklyn-based M-BASE, which jump-started the careers of Steve Coleman, Greg Osby, Cassandra Wilson and Graham Haynes, among others. In that same spirit of strength in numbers, a new Brooklyn-based collective has emerged to promote a batch of promising young composers and bandleaders on New York’s alternative jazz scene.

For its second Annual Brooklyn Jazz Underground festival, nine BJU bands were showcased over three consecutive nights at the cozy, aptly named Smalls nightclub in the heart of Greenwich Village. While there is a vital club scene thriving outside of Manhattan in such neo-hip Brooklyn neighborhoods as Park Slope (Tea Lounge, Barbés) and Williamsburg (Rose Live Music, Zebulon), Smalls has remained the epicenter for emerging talent, an important base of operations for young jazz musicians new in town looking to develop contacts and get gigs. So it is only fitting that the BJU chose this subterranean haven to showcase its current roster of artists.

Danish bassist Anne Mette Iversen kicked off the festival on Thursday evening with a spirited, swinging set by her energetic quartet. A classically trained pianist, Iversen’s intelligent writing style organically balances intricate, through-composed ensemble playing and wide-open improvisation in a compelling chamber-jazz aesthetic. Tenor saxophonist John Ellis carried many of the melodies, shadowed by Danny Grissett’s piano, while the ultra-slick drummer Otis Brown III invigorated the proceedings with a controlled, interactive touch reminiscent at times of Billy Higgins and at other times of a young Tony Williams. This sharp outfit is definitely one to check out.

Trombonist Alan Ferber was barely able to squeeze the members of his nonet onto the stage at Smalls, but their set was one of the more musically rewarding of the festival. With one foot in the tradition (think Birth of the Cool or Joe Lovano’s nonet) and one foot in the new, the California native (and Brooklyn resident since 1999) presented music from The Compass, his second release on Fresh Sound/New Talent. With Alan Ferber’s identical twin brother Mark taking a melodic yet swinging approach on drums, this postmodern group was sparked by a crew of subversive soloists, including bass clarinetist Douglas Yates and Paul Motian Band tenor saxophonist Chris Cheek. Alan’s writing, which relied on intricate counterpoint and lots of moving harmonies, at times recalled some of Michael Brecker’s late-period work or Wayne Shorter’s Atlantis-Phantom Navigator period. And the trombonist’s burnished tone on a number of extended and adventurous solos blended beautifully with the all-acoustic ensemble. (The Ferber twins also appeared on the following night, coincidentally their birthday, in tenor saxophonist Dan Pratt’s more boppish quartet featuring organist Jared Gold.)

The first night at Smalls concluded with a vibrant set from pianist Benny Lackner’s group, featuring Bay Area guitarist Will Bernard (on loan from Robert Walter’s 20th Congress for this evening).

Friday night was highlighted by an engaging set from the Parisian tenor saxophonist Jerome Sabbagh and his band featuring the brilliant guitarist Ben Monder, bassist Joe Martin and young drummer Ted Poor, who exhibited a keen sense of dynamics on the kit and a nuanced touch with ballads. While Sabbagh played with a bold tone and demonstrated a penchant for lyricism in his writing, Monder created a range of colors and textures with volume swells, unusual chordal voicings and dissonant arpeggiations. On the bluesy and rockish “Stand Up,” Monder’s menacing distortion-laced solo cut through the music like a shark’s fin, and the crowd ate up his Holdsworth-ian display of sheer legato abandon and sweep-picking pyrotechnics. On a meditative, Middle Eastern-flavored ballad, Sabbagh switched to soprano sax with stirring results. And on a more energized Middle Eastern romp “Hamra” (from 2007’s Pogo on Sunnyside), Poor established a hypnotic groove on the kit while Monder set up a guitar drone for Sabbagh to soar over with soprano sax. Monder eventually unleashed some audacious Hendrix-esque energy on his solo on that snake-charming number.

Drummer Sunny Jain explored his own Indian roots in an intriguing Indo-jazz group featuring tenor saxophonist Steve Welsh, bassist Gary Wang and pianist Marc Cary. On “As Is,” the title track of their last album, Jain deftly colored the pulse with intricate cross rhythms and subdivisions, urgent polyrhythms and slick metric modulation while holding firm to a groove. A technically accomplished player with a strong personality behind the kit, Jain also showed some spirited interplay throughout the set with pianist Cary, whose dazzling runs were exhilarating and whose harmonic implications lend a dark, probing vibe to the music.

On Saturday night, bassist Alexis Cuadrado, a native of Barcelona and current resident of Brooklyn, revealed a touch of post-Metheny melodic flair with his Puzzles Quartet, featuring Loren Stillman on alto sax, Brad Shepik on guitar and the ubiquitous Mark Ferber on drums. Ted Poor, another ubiquitous drummer during these three nights, fronted his own group Bad Touch, which also featured Stillman on alto sax, the guitarist Nate Radley and organist Gary Versace, whose bassline grooves and incendiary solos ignited the set.

The final night at the BJU Festival concluded on an esoteric note with Tanya Kalmanovitch’s Girlfight, a provocative quintet that strikes a delicate balance between chamber music and avant-garde. Led by the violinist-violist and also featuring trumpeter Jacob Wick, guitarist Jonathan Goldberger, bassist Aryeh Kobrinsky and drummer Fred Kennedy, their dramatic use of space and dissonance, along with several edgy, uncompromising solos, proved somewhat off-putting for this Saturday night crowd at Smalls but would’ve been right at home at the Vision Festival.

Very often I get this question from musicians, publicists, colleagues and friends: “Is there anything new out there in jazz?” I would heartily recommend that they check out any of the bands that performed at this second annual BJU Festival. Like the members of the Jazz Composers Collective (which formed in 1992) and other entrepreneurial, do-it-yourself organizations that have popped up in recent years to foster and promulgate original music, these renegade BJU bands are comprised of intelligent composers, open-minded arrangers and free-spirited improvisers. They all deserve to be heard. (2008 will see the launch of BJU Records, with new releases from Alexis Cuadrado, Anne Mette Iversen and Benny Lackner.)

“It’s time to imagine a place where we can come together,” Danilo Pérez said from the hallowed stage of Washington, D.C.’s historic Sixth & I … END_OF_DOCUMENT_TOKEN_TO_BE_REPLACED

At the Zeiders American Dream Theater in Virginia Beach, Va., between April 8 and 10, the Vocal Jazz Summit convened in person for the first … END_OF_DOCUMENT_TOKEN_TO_BE_REPLACED

The Big Ears Festival returned to Knoxville in a big way in late March, drawing an estimated 30,000 music enthusiasts from across the U.S. and … END_OF_DOCUMENT_TOKEN_TO_BE_REPLACED

Let’s get this out of the way: The Savannah Music Festival is not a jazz festival. Held over the course of 17 days in late … END_OF_DOCUMENT_TOKEN_TO_BE_REPLACED