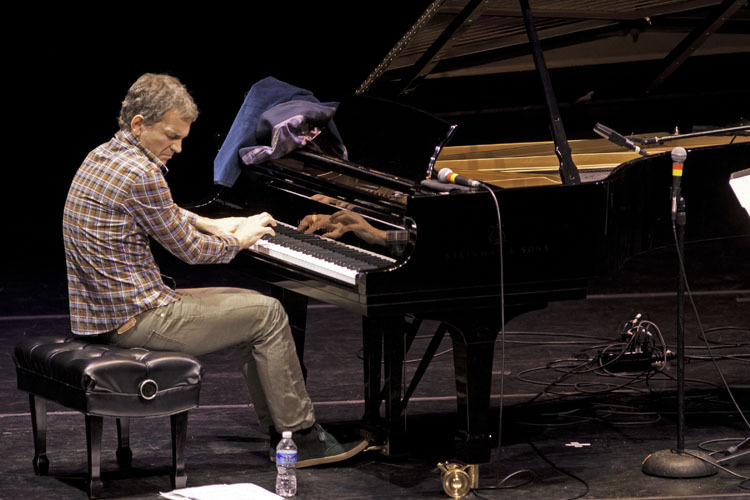 Brad Mehldau in performance at Zellerbach Theater in Philadelphia 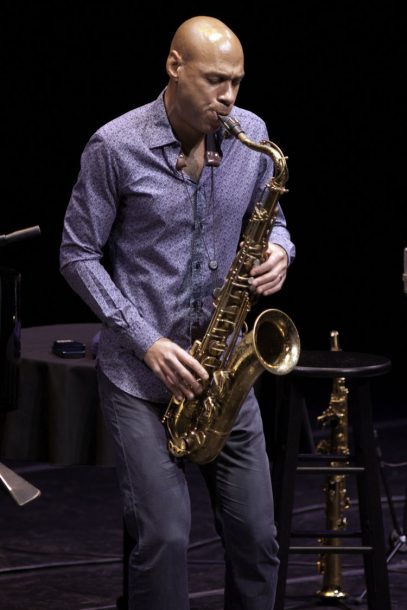 Joshua Redman in performance at Zellerbach Theater in Philadelphia 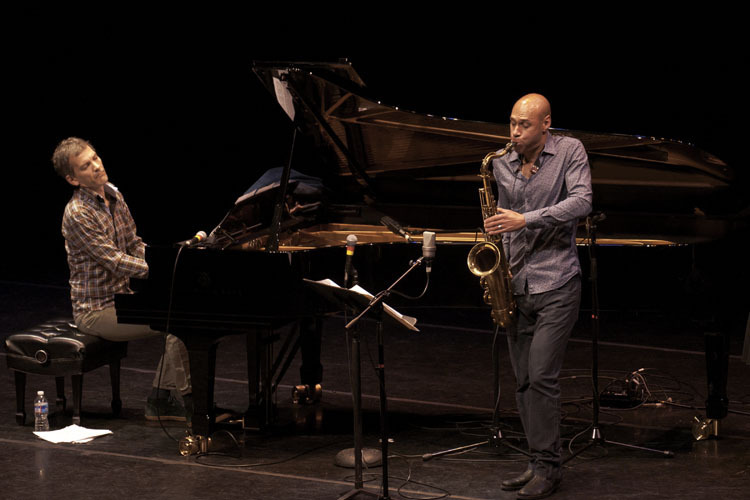 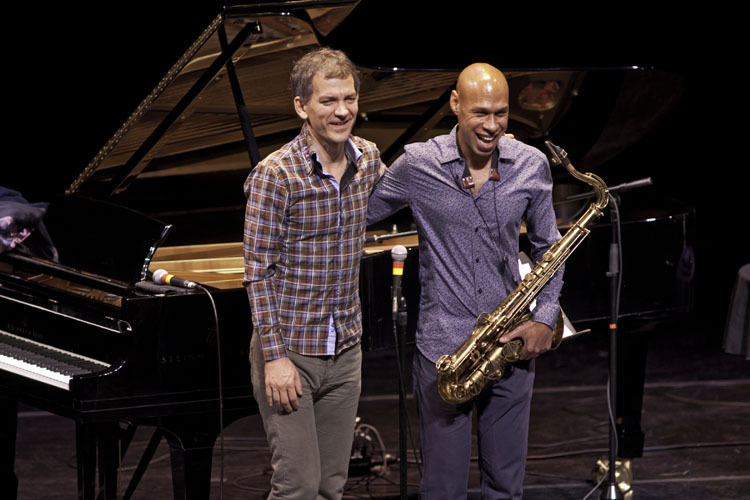 As part of the 40th Anniversary season of musical performance at the Annenberg Center for The Arts, saxophonist Joshua Redman and pianist Brad Mehldau played with soulful synergy during their duo performance at the Zellerbach Theater on Friday, October 14th.

The first tune was a Mehldau original composition, “To Hold On or To Let Go.” Mehldau played his solo as if playing a piano concerto. Redman worked the melody beautifully with full tone and purity.

The duo’s next tunes included a Thelonious Monk composition, “Bemsha Swing”; followed by a Jeff Buckley tune entitled “Dream Brother.” Redman switched to tenor sax on his own “Note to Self” and played solo for a time, soulful and searching, before Mehldau joined in.

The performance concluded with one more jazz standard “Love for Sale,” with Mehldau playing very quietly on the piano while Redman whispered the melody on saxophone.

After the performance, the audience was invited to a celebratory toast of the Annenberg Center for the Performing Arts 40th year anniversary.

Founded in 1971, The Annenberg Center is a major cultural destination and has brought some of the world’s greatest and most critically acclaimed musicians, dance troupes and theatre companies to the Philadelphia audience.

The 2011 – 2012 schedule of performances can be found at http://www.pennpresents.org/tickets

The 2022 Newport Jazz Festival’s three days of sunshine were bracketed, more or less, by a pair of all-star ensemble jams that included Christian McBride. … END_OF_DOCUMENT_TOKEN_TO_BE_REPLACED

In its first full edition since the onset of the pandemic, and with a new director of programming, the Festival International de Jazz de Montréal … END_OF_DOCUMENT_TOKEN_TO_BE_REPLACED

Among the many physical, spiritual, and institutional losses related to the still-ongoing pandemic is that of Los Angeles’ renowned Playboy Jazz Festival (PJF) at the … END_OF_DOCUMENT_TOKEN_TO_BE_REPLACED

It’s difficult to imagine what the stage and the audience would have looked like at Gaillard Center in Charleston, South Carolina, if Rhiannon Giddens’ new … END_OF_DOCUMENT_TOKEN_TO_BE_REPLACED