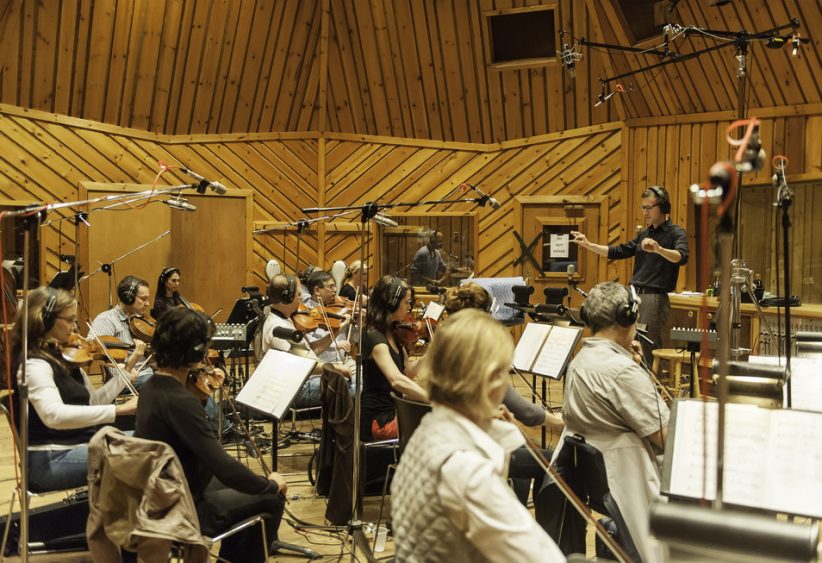 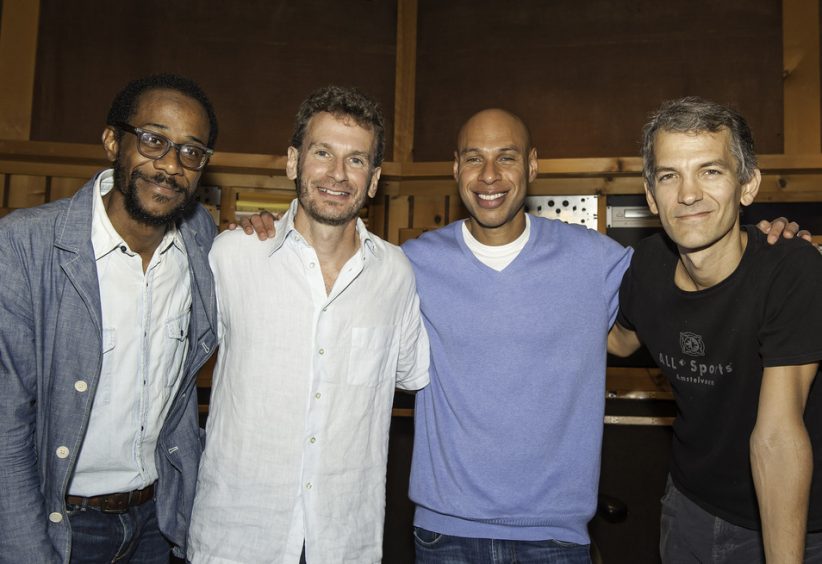 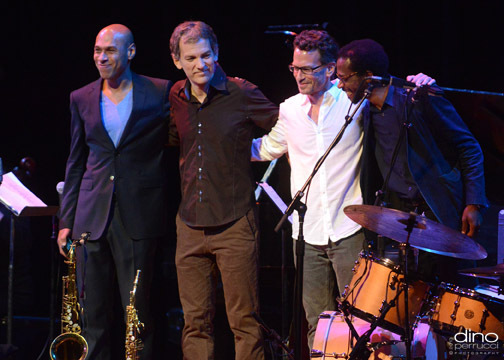 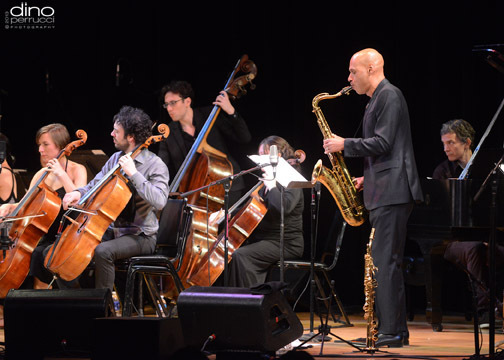 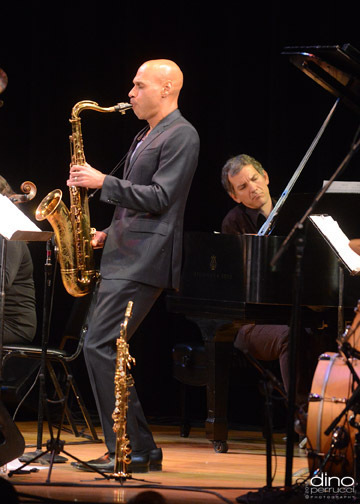 On the record, there is an often-bleary quality to these ballads; they’re high-flown and far-off, mostly floating by at less than 80 beats per minute. Those who listen to Walking Shadows expecting the hard-hitting Redman of Momentum or Moodswing may well experience that aesthetic sedation familiar to stargazers: There’s beauty here, but it’s distant, flat and still. Last Tuesday, June 4, in conjunction with the Blue Note Jazz Festival, Redman and co. performed material from the album live at the Town Hall in Midtown Manhattan. Even with expectations set on high, the results were startling.

“These are ballads,” Redman advised his audience, smiling coyly. “So, set your alarm clocks.” (Just to be sure, the 20-some musicians would later break into a 30-second entr’acte of full-throttled noise, which Redman described afterwards as “something I wrote about love.”)

Out of sequence with the record, the live repertoire began with “Final Hour,” a downlit duet that had the saxophonist tumbling through trap doors in Mehldau’s elegiac ostinatos. Mehldau fans will recall the pair’s chemistry being brought to sublime boil on Mehldau’s own jazz-quartet-à-la-chamber-orchestra album, Highway Rider. While Walking Shadows doesn’t reach the emotional profundity of that recording, it neither pretends to. After finishing the first set of tunes, Redman paused to gracefully acknowledge the pianist’s seminal influence, calling Mehldau “the man without whom this music never would have been possible.”

When the Knights joined the quartet for the second number-Jerome Kern and Oscar Hammerstein’s Depression-era song “The Folks Who Live on the Hill”-there was a felt division between the orchestra and the “small group” (so Redman dubbed contemporary jazz’s A-list, with no apparent sense of irony). Redman spent the next several tunes toggling between orchestra and quartet, seeming unable to reconcile the two sides of the stage until the back end of the concert. Although he was clearly more at home with the quartet, Redman’s most dazzling moments found him juking left and right, firing melodic lines across the stage through the orchestra’s lush chords like pulsing streams of energy. During one such crowning point, Mehldau sat cross-legged on his piano bench, rocking as if in prayer while Redman and the Knights transported an Imogen Heap cover to a veritable chamber chorale.

Throughout the set, Blade’s drumming suggested an artistic philosophy closer to judo than jazz. Playing with his head cocked back in a crinkle-nosed grin, Blade kept his beats in perpetual flux, effortlessly reasserting the groove with feather-light clicks, sparse brush strokes and felt-hammered cymbals that softly waxed and waned. Grenadier likewise complemented his bandmates (more than 20 of them) from the bottom up, even while keeping his own playing compellingly narrative. The bassist’s Spanish-flavored solo in the second half won hearty applause while Blade’s quicksilver drums often drove Redman to look across the bandstand, nodding at breakneck speed in emphatic, lips-pursed agreement.

A standing ovation earned the audience an encore performance of “Let It Be” that gently unrolled as a rubato ballad, then wound up into a sassy blues and whipped out into a bruising honk-and-holler worthy of Pentecostal Revival.

Presumably, the title of Redman’s newest album comes from Shakespeare’s Macbeth, who in the final act numbly maunders, “Life’s but a walking shadow, a poor player that struts and frets his hour upon the stage, and then is heard no more.” But in his nearly two hours upon the stage, Redman did more strutting than fretting, decidedly at peace with the notion of here today, gone tomorrow. “I’ve never done something like this before,” said Redman, trading smirks with the Knights’ conductor, Dan Coleman. “And I may never do something like this again.”

Among the many physical, spiritual, and institutional losses related to the still-ongoing pandemic is that of Los Angeles’ renowned Playboy Jazz Festival (PJF) at the … END_OF_DOCUMENT_TOKEN_TO_BE_REPLACED

It’s difficult to imagine what the stage and the audience would have looked like at Gaillard Center in Charleston, South Carolina, if Rhiannon Giddens’ new … END_OF_DOCUMENT_TOKEN_TO_BE_REPLACED

“It’s time to imagine a place where we can come together,” Danilo Pérez said from the hallowed stage of Washington, D.C.’s historic Sixth & I … END_OF_DOCUMENT_TOKEN_TO_BE_REPLACED

At the Zeiders American Dream Theater in Virginia Beach, Va., between April 8 and 10, the Vocal Jazz Summit convened in person for the first … END_OF_DOCUMENT_TOKEN_TO_BE_REPLACED