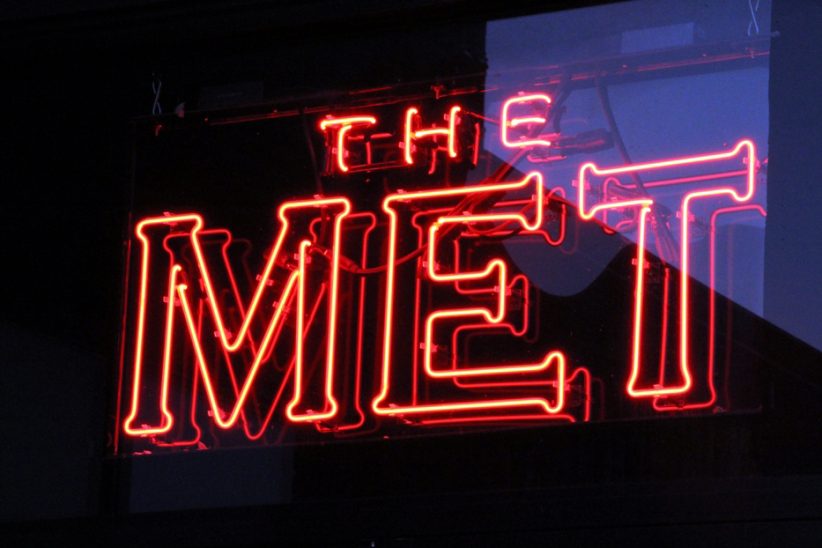 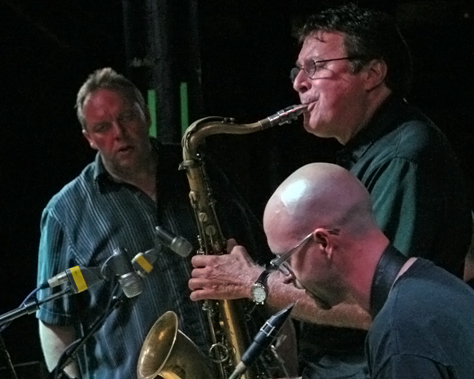 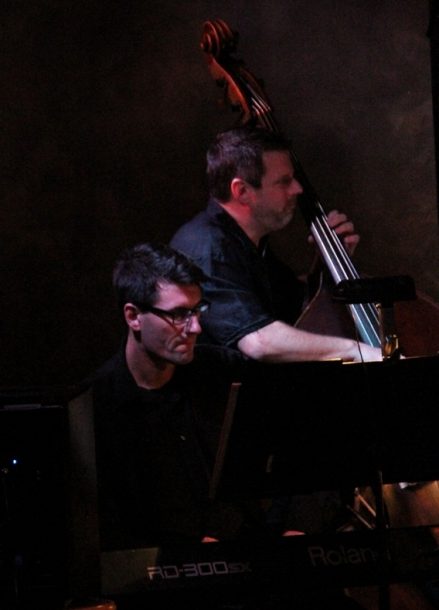 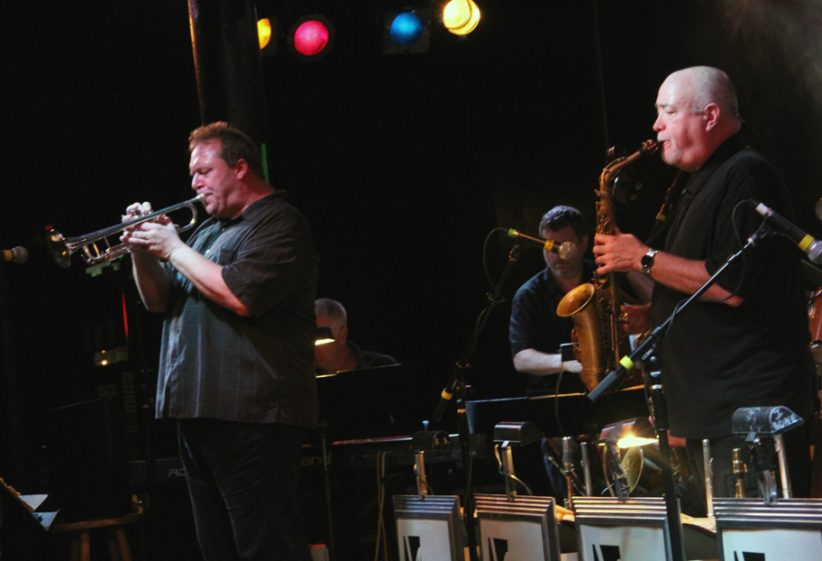 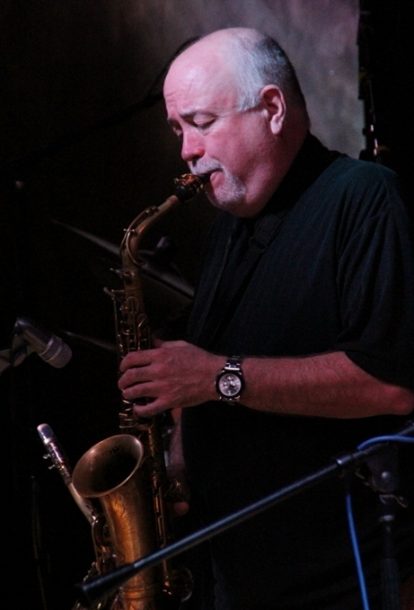 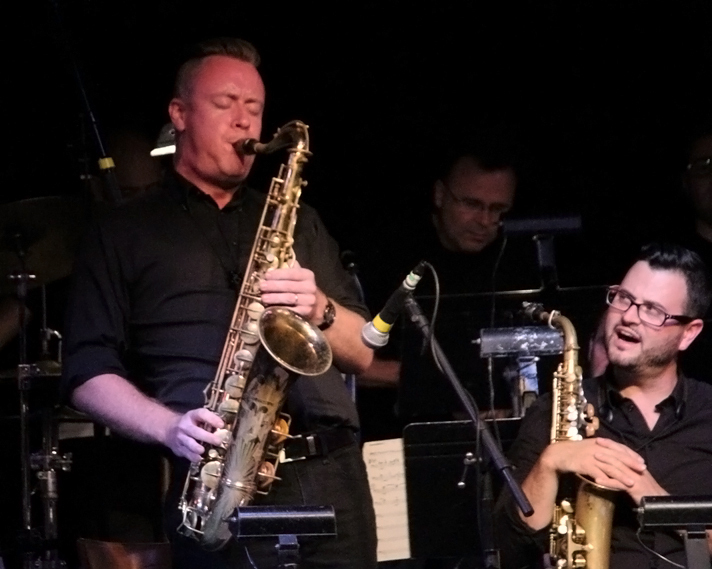 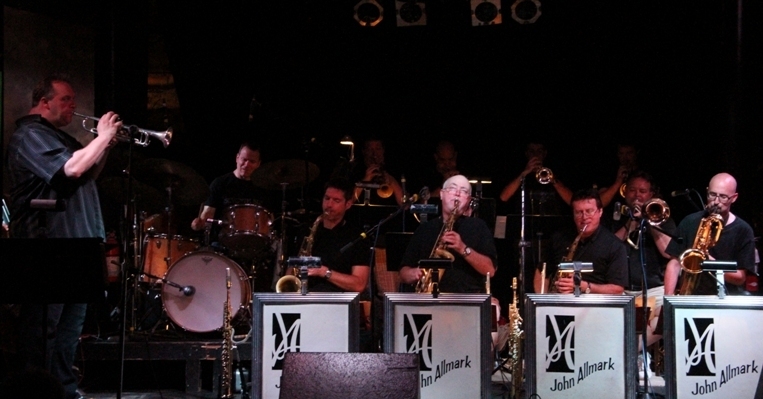 The John Allmark Jazz Orchestra at the Met Cafe in Pawtucket, Rhode Island 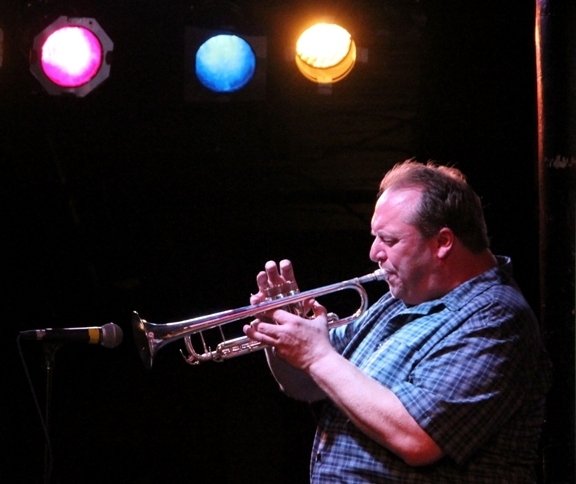 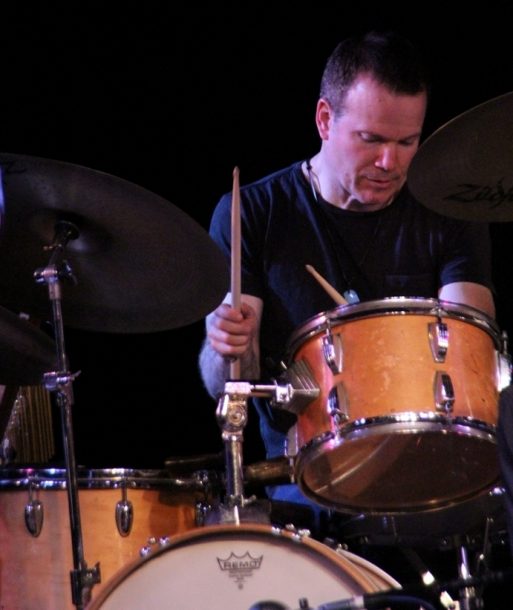 Drummer Duke Belaire inaugurated it in 1967 at the Cobblestone Tavern in East Providence, before settling in at nearby Bovi’s Tavern in 1969. On any given night in the vintage Belaire era, the band might have included saxophonists Greg Abate, Ted Casher, Dick Johnson and Art Pelosi, trombonist Hal Crook, pianist Mike Renzi and a young trumpeter named John Allmark. In 1999, Belaire passed the musical baton to Allmark, whose own fine Jazz Orchestra had been playing in various area venues since 1991.

In an impressive feat of musical longevity, Bovi’s was the home of Monday-night jazz for 48 years. That ended in late 2015, when the neighborhood bar closed its doors for good.

In January of this year, the John Allmark Jazz Orchestra moved about seven miles to the Met Cafe, a live music emporium in Pawtucket. It was a splendid move. The new venue is larger, feels much roomier and has top-notch sound and lighting systems; these attributes compensate for the coziness that Bovi’s afforded the band and its loyal fans.

Allmark, who moved to Rhode Island from his native Manchester, England, at age 15 primarily to study jazz, is an extraordinary player and arranger for brass sections. Stylistically, he draws mostly from the sound of the fiery early-through-mid-career Freddie Hubbard. Among his many credits, he has toured with Liza Minnelli and the Artie Shaw Orchestra under the direction of Dick Johnson.

His big band features many of the finest jazz players from throughout southern New England, particularly from the Providence and Boston areas. Its infrequent special guests have included saxophonists Nick Brignola and Lanny Morgan, trumpeter Bobby Shew and pop/R&B singer Jeffrey Osborne. Jeffrey’s oldest brother, Clay Osborne, sang with the big band regularly until his death 10 years ago.

Around 9 p.m. each Monday, Bowlby proclaims on Facebook that “the hour of jazz is upon us!” Within seconds, Allmark and company dig into the band’s theme song, Don Schamber’s powerful arrangement of George Gershwin’s “Soon.”

On one recent Monday, Allmark treated listeners to a bit of Ellington and Strayhorn, some Freddie Hubbard material and a few other gems. My clear favorite was the band’s lush take on trumpeter Tom Harrell’s gorgeous composition “Sail Away.”

The 2022 Newport Jazz Festival’s three days of sunshine were bracketed, more or less, by a pair of all-star ensemble jams that included Christian McBride. … END_OF_DOCUMENT_TOKEN_TO_BE_REPLACED

In its first full edition since the onset of the pandemic, and with a new director of programming, the Festival International de Jazz de Montréal … END_OF_DOCUMENT_TOKEN_TO_BE_REPLACED

Among the many physical, spiritual, and institutional losses related to the still-ongoing pandemic is that of Los Angeles’ renowned Playboy Jazz Festival (PJF) at the … END_OF_DOCUMENT_TOKEN_TO_BE_REPLACED

It’s difficult to imagine what the stage and the audience would have looked like at Gaillard Center in Charleston, South Carolina, if Rhiannon Giddens’ new … END_OF_DOCUMENT_TOKEN_TO_BE_REPLACED