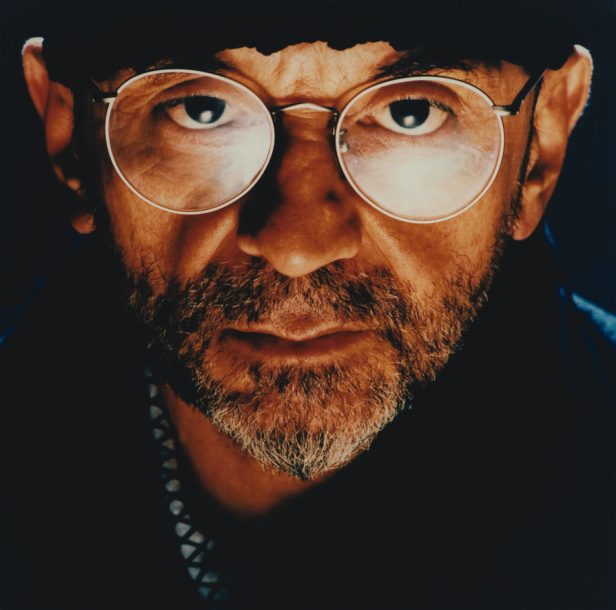 Generally, the densely-packed weekend of the annual Vossa Jazz manages to strike a happy balance of internationalism in its programming, mixing in a few American acts with an agenda mostly focused on Scandinavian jazz and European artists. One of the wonderful small, specialist jazz festivals “across” the Atlantic, and held in the lovely lakeside town of Voss (90 minutes from Bergen), Vossa Jazz has earned its status as a fine place for checking the pulse and ever-shifting landscape of Norwegian jazz (including many artists popularized outside of Norway through ECM records titles) and beyond.

This year’s already American jazz-lean balance was tipped further askew with the last-minute cancellation of festival opener Overtone Quartet (Dave Holland, Chris Potter, Eric Harland, Jason Moran). Holland’s wife was critically ill, inspiring well wishes and thoughts and prayers all around. But the silver lining in this case, navigated through a few well-placed phone calls and cooperative spirits, was the surprise reunion of a once-classic Norwegian trio, Jøkleba, making its first public appearance since disbanding in 2003. Keyboardist Jon Balke, trumpeter Per Jorgensen and percussionist Audun Kleive gathered before a sold-out house in the large Vossasalen ballroom venue of the festival’s centralized Park Hotel. The threesome played with a palpable interconnectedness and easy conversational flow, attesting to their strong former alliance: it was like they never left.

While Jøkleba charts a mostly improvised course, their free-range sensibility is speckled with funky groove flavors, Miles Davis-ish turns, lyrical sections, and even humor in the mix, making it a fairly crowd-pleasing unit. It’s a different story with the fascinating, semi-ascetic quartet Dans les Arbres (also ECM-linked), which played with a hypnotic minimalist approach the next afternoon in the performance hall of the intimate Osasalen of the Voss music school, the Ole Bull Academy. This room traditionally hosts some of the festival’s more artful and subtle sounds-including Sidsel Endresen and Bobo Stenson last year.

Dans les Arbres is an intriguing and almost willfully soft and subtle confab of improvisers, featuring Norwegian pianist Christian Wallumrod (playing almost entirely with prepared piano – and played pianissimo), the tone-exploring French clarinetist Xavier Charles, guitarist-banjoist Ivar Grydeland and percussionist Ingar Zach. All involved avoid traditional instrumental techniques, including Grydeland’s use of bow, percussive effects and other techniques sans fretboard, and Zach’s use of breath, friction, using a large drum as a resonator and ceramic bowls for chiming effects, all of which makes the witnessing the band in live action a special event, worth seeking out.

As free music goes, this refreshingly understated group is not about technicalities of blowing or expressionistic excess, but a venture in sound painting by committee. Groupthink runs especially hot here, in a way meditative – but active- beneath the surface and around the edges.

Later that afternoon in the same room, a different kind of Nordic enchantment was at hand, as the three-female vocalists of Fodne ho svara stilt (translating to “The glacier softly responded,” via famed folk song arranger and collector Geirr Tveitt). The group gave glorious voice to traditional Norwegian songs of the rugged Hardanger region close to Voss. This group captures the unique magic of this corner of the folk music world, replete with its angular Norwegian “blue notes,” heard in varying vocal arrangements and combinations. Singer Benedicte Maurseth also added the indigenous sound of the enchanted hardanger fiddle, with its sympathetic strings lending a unique sonic halo.

Among the Norwegian musical highs in this, the 38th annual Vossa Jazz was a close-to-home centerpiece, Mathias Eick’s impressive 90-minute suite with the suitable moniker Voss. Eick, the bold trumpeter whose reputation has been rising lately thanks to recordings on ECM, was the latest recipient of Vossa Jazz’s longstanding tradition of a central commissioned piece, and this was the strongest such work I’ve heard in my four years coming here.

Abetted by a full-fledged electro-jazz ensemble of two keyboardists, two drummers, bass and guitar, Eick unveiled a seductive suite of tunes and fragments, nicely demonstrating this trumpeter-composer’s particular variety of musical vocabulary. He moved seamlessly between easy-to-love melodic song structures (think the “Human Nature-” era Miles sound) to abstract swatches reminiscent of Norwegian trumpeter Nils Petter Molvær (whose classic piece Khmer began its life as a Vossa Jazz commission). Voss validated that Eick is one of the few, and newer jazz figures proving those common a-words – “artistic” and “accessible” – don’t have to be mutually exclusive.

As is tradition here, the commissioned main attraction was followed by a feast of sheep’s head – the ceremonial regional smalahove dinner – over in a banquet room of the old Fleischer Hotel. As part of the proceedings, there are instructions for proper eating of the eye, ear, tongue, cheek, etc. (all quite delicious, says this admittedly amateur but avid food critic), akvavit toasts galore, and the annual presentation of acappella vintage folk songs.

With sheep in belly, the musical action moved to the Park Hotel, where Terje Rypdal, the heralded Norwegian guitar veteran – and survivor of a debilitating health meltdown in recent years – presented another of his large-scaled pieces, with the help of trumpeter Palle Mikkelborg. Rypdal, an ECM artist going back to the mid-’70s, still mixes up Nordic introspection, mystic post-Miles groove and keening tonalities, and this piece somehow effectively combined elements of big band (fragmented), chamber music string ensemble, and late-breaking comic relief in the form of references to the Road Runner’s Wilie E. Coyote and Loony Tunes follies to cap it all off in a serio-comic grin. Along with the Eick opus Voss, we may be hearing these, coming soon to ECM releases near us.

On a related note, Polish trumpeter Tomasz Stanko (yes, another ECM artist of long standing) served up a moody dark-light set of his own. A coolly captivating stylist with an identifiably voice-like “voice” on his instrument, the baseball capped horn player deftly blended melancholic spirits and driving sections, in a group featuring sinuous, clean-toned guitarist Jakob Bro and the dazzling pianist Alexi Tuomarila (remember the name).

Stanko’s Sunday evening set was in the final stretch of the festival, in the venue knonw as the Fraktgodsen, literally “across the tracks” from the downtown Park Hotel, and with an ambient feel of an outpost where edgier fare is to be found. Later that night, the Italian Miles Davis tribute band Funky Football cooked up its shamelessly derivative but voodoo-some covers of “Bitches Brew” material (with trumpeter Steven Bernstein as guest-and token American musician this year)

Earlier in the festival, it was also in the Fraktgodsen, in fact, that we got a taste of an emerging Norwegian jazz sound-worth-knowing, courtesy of young and versatile saxophonist Marius Neset and his band Golden XPlosion. From the impressive evidence of that set, Neset is moving rapidly into higher quarters of the jazz scene, even if he has yet to lock onto a defined sound or style to call his own. His show was alternately moody, fiery and tied to the seductive lure of complexity – jazz as extreme sport (to coin a term relevant to this haven for “Extreme Sports” fans and adventurers).

In the hearty 2011 Vossa Jazz mix, Neset represented the next wave of Norwegian jazz-makers, continuing to make this fjord-laden northwestern corner of the world a culture and a place to savor.

“It’s time to imagine a place where we can come together,” Danilo Pérez said from the hallowed stage of Washington, D.C.’s historic Sixth & I … END_OF_DOCUMENT_TOKEN_TO_BE_REPLACED

At the Zeiders American Dream Theater in Virginia Beach, Va., between April 8 and 10, the Vocal Jazz Summit convened in person for the first … END_OF_DOCUMENT_TOKEN_TO_BE_REPLACED

The Big Ears Festival returned to Knoxville in a big way in late March, drawing an estimated 30,000 music enthusiasts from across the U.S. and … END_OF_DOCUMENT_TOKEN_TO_BE_REPLACED

Let’s get this out of the way: The Savannah Music Festival is not a jazz festival. Held over the course of 17 days in late … END_OF_DOCUMENT_TOKEN_TO_BE_REPLACED