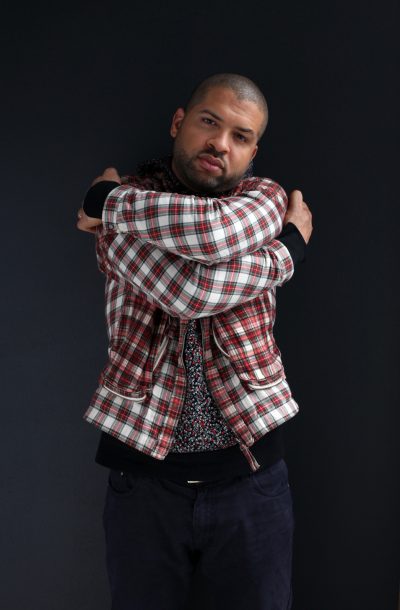 Despite Washington, D.C.’s rich jazz history, the District often gets overlooked by big-name jazz artists when booking their tour dates. D.C. has benefited from such events as D.C. Jazz Fest and the annual Thelonious Monk International Jazz Competition, each of which brings big names to town. This year’s Monk Competition, a showcase for some of the best young jazz pianists on the scene, brought luminaries such as Herbie Hancock, Danilo Perez, Ellis Marsalis, Jason Moran and many others to Washington, each of whom performed at the 25th Anniversary Gala Concert at the Kennedy Center on September 12.

Moran decided to make the most of his visit by booking two sets at Bohemian Caverns with his trio on the evening of September 11, after a long day of judging the semi-finals. If Moran was tired from his judging duties, he didn’t show it at the gig, leading his trio through sets that engaged influences as disparate as Gladys Knight, Ghostface Killah and the LINES Ballet of San Francisco.

Many of the trio’s numbers began with recorded songs by other artists. As the songs played, the musicians would begin to interact spontaneously with the music, at first adding a few notes and then increasing the amount of interaction, until the trio was in full effect and the recorded piece dropped out. At its best, this game of musical word association led to some thrilling creative moments, such as when the trio segued Ghostface Killah’s “Run” into a propulsive and aggressive jam, or exploded the Prince/Morris Day tune “Ice Cream Castles” into something far superior to the original. At its worst, the band let the recorded pieces play far too long, forcing the audience to sit awkwardly for nearly the whole length of the song as they watched the trio smile and nod to Gladys Knight’s wonderful “No One Could Love You More” without playing more than a few notes.

Though the musical sampling produced a few moments of brilliance, Moran is at his best when left to follow his own creative spark. Few can compare with his sense of rhythm, but his true gift is his melodic touch. This was best on display as he vamped on a single measure of the standard “Body and Soul,” eliciting a new haunting beauty out of a few notes that every jazz fan has heard countless times, rarely with such delicate creativity.

Moran was equally engaged in his originals, and though the trio opened with the first set with a solid, if unspectacular, recitation of Moran’s recent recording “Blue Blocks,” they were much more relaxed by the second set, finding a comfortable groove and confidently pushing through “RFK in the Land of Apartheid,” an African-rooted piece inspired by Robert Kennedy’s trip to South Africa to speak out against Apartheid.

In what was perhaps a nod to the man whose legacy brought him to Washington for the weekend, Moran closed out the night with Monk’s “Crepuscule with Nellie.” It’s always a pleasure to witness an artist at the top of his game, and Moran is certainly at his, riding high off a wave of well-received albums, awards and even a MacArthur Fellowship. Moran displayed an exciting and eclectic array of talents in his sets, but no matter how creative and forward-thinking a jazz musician he is, he still must be able to swing and improvise on a traditional jazz piece to earn respect among lovers of the music.

If there was any doubt among the audience why Moran is considered perhaps jazz’s brightest young star, Moran erased it with “Crepuscule,” playing it as well as anyone has since Monk. Moran perhaps gets a bit carried away by his creativity at times, but the risk-taking and underlying talent that have driven him to the top of the jazz world could not be missed.

“It’s time to imagine a place where we can come together,” Danilo Pérez said from the hallowed stage of Washington, D.C.’s historic Sixth & I … END_OF_DOCUMENT_TOKEN_TO_BE_REPLACED

At the Zeiders American Dream Theater in Virginia Beach, Va., between April 8 and 10, the Vocal Jazz Summit convened in person for the first … END_OF_DOCUMENT_TOKEN_TO_BE_REPLACED

The Big Ears Festival returned to Knoxville in a big way in late March, drawing an estimated 30,000 music enthusiasts from across the U.S. and … END_OF_DOCUMENT_TOKEN_TO_BE_REPLACED

Let’s get this out of the way: The Savannah Music Festival is not a jazz festival. Held over the course of 17 days in late … END_OF_DOCUMENT_TOKEN_TO_BE_REPLACED