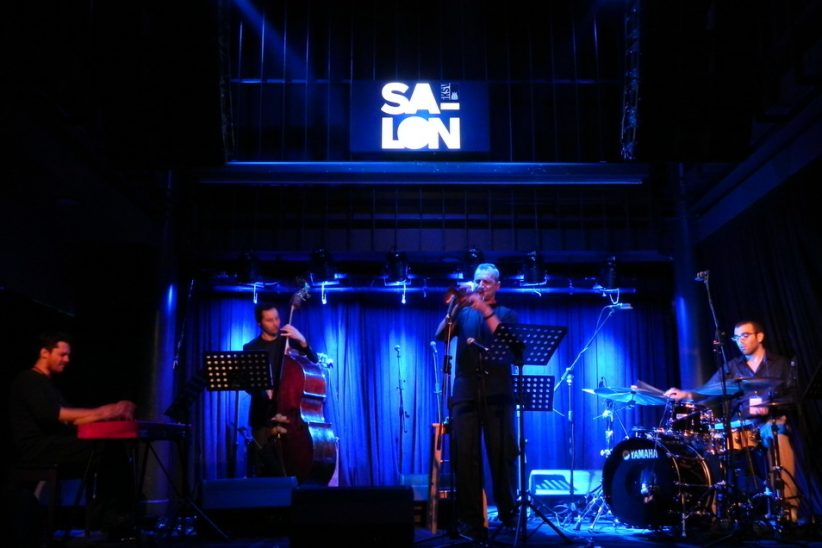 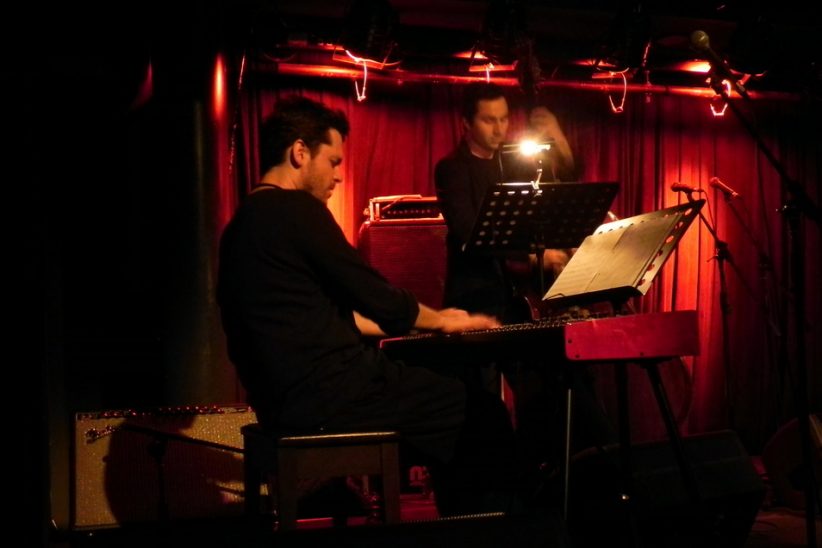 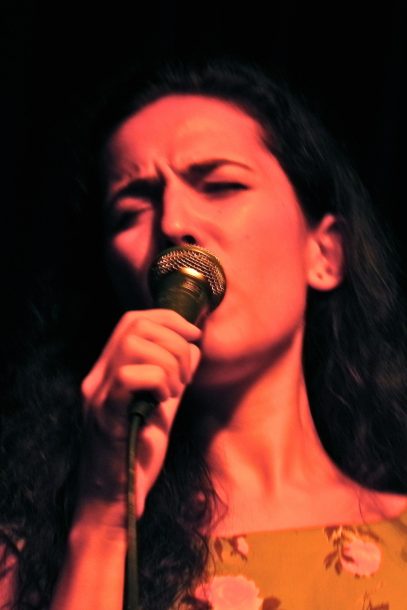 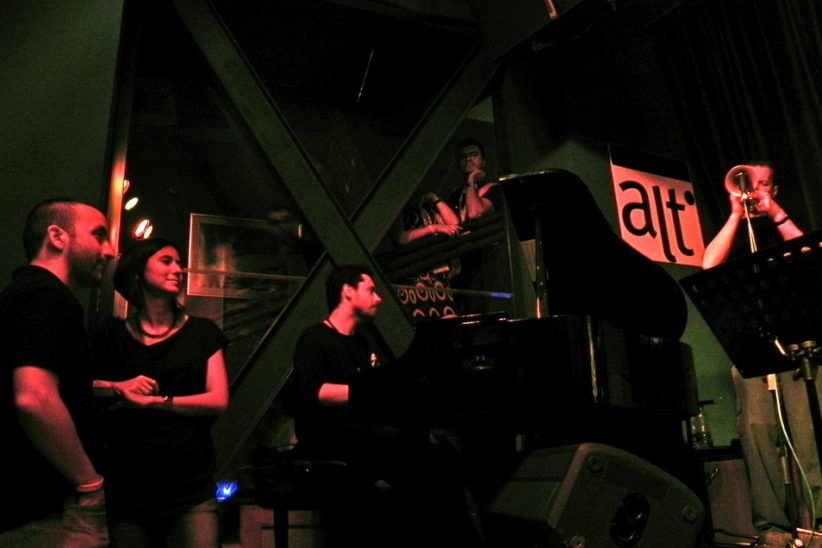 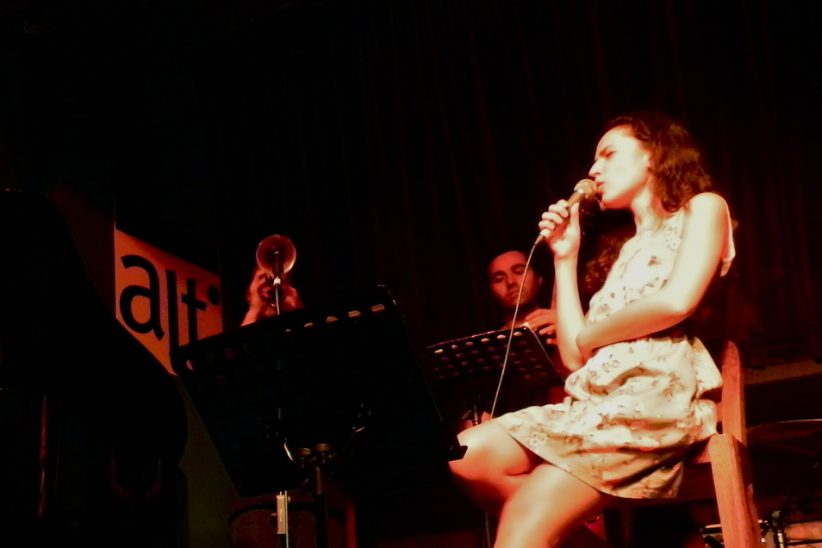 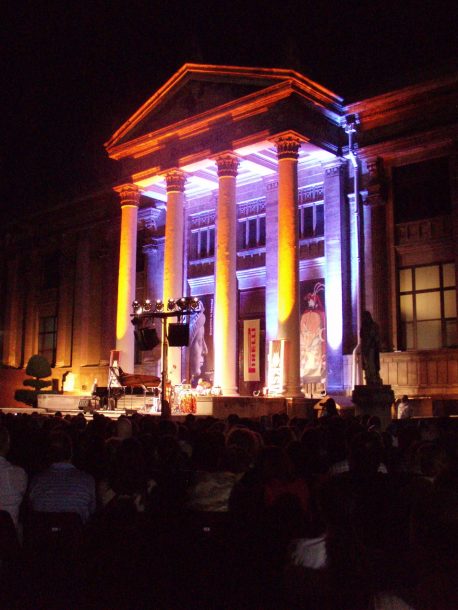 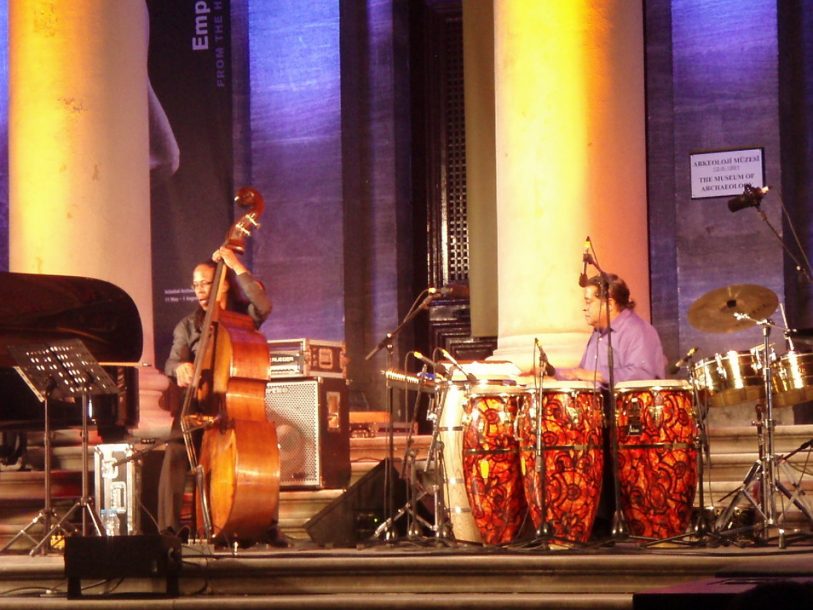 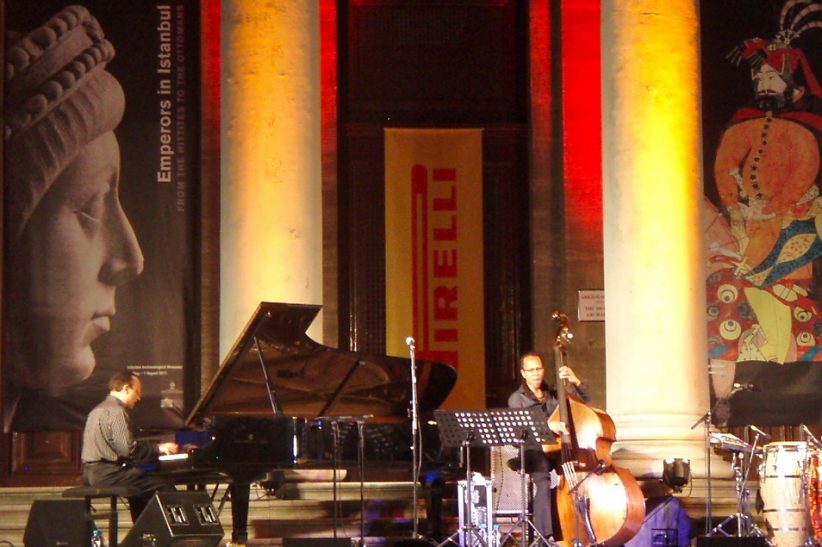 It was 9:30 p.m. on July 4 in the Byzantine sculpture garden outside the Istanbul Museum of Archaeology, and Michel Camilo’s Mano a Mano trio was pounding away on an infectious rumba that got the Turkish audience literally dancing in their seats. In almost choreographed counterpoint to the clave, a flock of squawking seagulls flew over the Corinthian columns and circled the minarets of the nearby Blue Mosque as stray tabby cats and Abyssinians darted through the crowd. In Istanbul, jazz has a way of bringing out all the cats (and there are a lot).

The 18th Annual Istanbul Jazz Festival, which concluded on July 19, featured an impressive array of jazz veterans performing throughout the city, including Herbie Hancock, Dianne Reeves, Medeski, Martin & Wood, and Joe Sample. But perhaps the most compelling aspect of the festival, organized by the Istanbul Foundation for Culture and Arts, is the way it highlighted the burgeoning cadre of brash young Turks cultivating a thriving bohemian jazz scene in the city. By all signs, jazz enjoys immense popularity in Istanbul, especially among the youth population-they even advertise the festival on Turkish TV.

There is a long history of cultural exchange between Turkish music and jazz. Dave Brubeck emulated the odd time signatures of Turkish Asik music in “Blue Rondo a la Turk.” Later, Anthony Braxton and Don Cherry took inspiration from the extended harmonies of Ali Ekber Çiçek and Münir Nurettin Selçuk to delve into the outer reaches of bebop progressions, and John Coltrane tapped into the solemn spirituality and rhythmic complexity of Sufi music.

These syncopated sounds emanate from the cobblestone streets, sweeping vistas and fourth-century Roman ruins of Istanbul. The city is a mesh of cultures, from the Ottoman mosques of Constantinople to the cisterns and gilded palaces of Byzantium. Situated on the Bosphorus Strait, Istanbul has always been a physical and cultural bridge between Europe and Asia, torn between extremes-sophisticated cosmopolitanism and provincial charm, staunch secularism and religious austerity, sleek modernity and strict adherence to classical tradition; haute couture and the full hijab, Western-style shopping complexes and the Grand Bazaar, all-night dance clubs and whirling dervishes. In other words, a tolerant atmosphere in which jazz can flourish.

Istiklal Caddesi, meaning “Independence Avenue,” is the cultural hub of Istanbul, with an intricate network of narrow tributary streets, terminating at the bustling Taksim Square. The street is closed to auto traffic and lined with bistros, bookshops, and street vendors in red fezes and traditional Turkish garb hawking dondurma, a taffy-like variation of ice cream. Street musicians play traditional melodies on the saz, a Turkish stringed instrument, as revelers dance the horon, a folk dance similar to Irish step-dance. This is the part of Istanbul that never sleeps, but everywhere else, life seems to stop five times a day when the Muslim prayer service is broadcast from any of the city’s 3,000 mosques.

The new Turkish jazz scene largely ignores the weight of tradition, taking its unapologetically Western cue from American jazz standards, a mutual grass-is-greener mentality that has proven to be a fertile jazz breeding ground. Call it a jazz quid pro quo. Many of these young jazz practitioners came out of the budding jazz program at Bilgi University in Istanbul, spearheaded by jazz mainstays drummer Butch Morris and saxophonist Ricky Ford. Due to the development of this program and the success of cultural institutions such as Acik Radyo, a Turkish radio station with jazz programming, the number of venues that feature live jazz in Istanbul has nearly tripled in recent years.

During the Tunel Feast on July 2, more than 30 Turkish bands performed at various venues in the Beyoğlu district around Taksim Square, among them Turkish percussion master Okay Temiz, who received a lifetime achievement award at the festival. Early in the evening, pianist Can Cankaya performed with his quartet at the IKSV Salon in the Sishane neighborhood. An acolyte of Bill Evans, Cankaya tempered his flurrying cascades of notes with lilting dissonances, playing off the soft timbre of Imer Demirer’s trumpet on the ballad “Home.” Also at Salon, vocalist Elif Caglar performed for a packed house, delivering upbeat Blossom Dearie-like tunes and neo-soul with lyrics in Spanish, English and Turkish. Caglar is the Turkish equivalent to Esperanza Spalding, reaching deep into the pocket on tunes like “Love Is the Answer” and “Everybody Is an Artist in New York.”

At Alt, a late-night basement jazz club on Istiklal Caddesi similar to Small’s in New York City, vocalist Ece Goksu performed a set of standards, with perfect English diction that made it seem odd when she broke into Turkish during interludes between songs. Her insistent voice cut over the band with great brio on “Green Dolphin Street,” “Lucky to Be Me” and “Jordu.” On the open-air main stage at Tunel, Turkish percussionist Emir Ersoy and his Projecto Cubano performed Latin music with Turkish lyrics as the feverish crowd danced salsa in the streets.

Earlier that night at the Museum of Archaeology, Camilo and his trio were in the middle of the encore when the Muslim prayer service came on over the loudspeaker. After a few moments of this jarring cross-cultural fusion, he stopped cold. Camilo looked out into the audience with cool composure, bringing the evening to an unexpected but fitting conclusion.

“It’s time to imagine a place where we can come together,” Danilo Pérez said from the hallowed stage of Washington, D.C.’s historic Sixth & I … END_OF_DOCUMENT_TOKEN_TO_BE_REPLACED

At the Zeiders American Dream Theater in Virginia Beach, Va., between April 8 and 10, the Vocal Jazz Summit convened in person for the first … END_OF_DOCUMENT_TOKEN_TO_BE_REPLACED

The Big Ears Festival returned to Knoxville in a big way in late March, drawing an estimated 30,000 music enthusiasts from across the U.S. and … END_OF_DOCUMENT_TOKEN_TO_BE_REPLACED

Let’s get this out of the way: The Savannah Music Festival is not a jazz festival. Held over the course of 17 days in late … END_OF_DOCUMENT_TOKEN_TO_BE_REPLACED