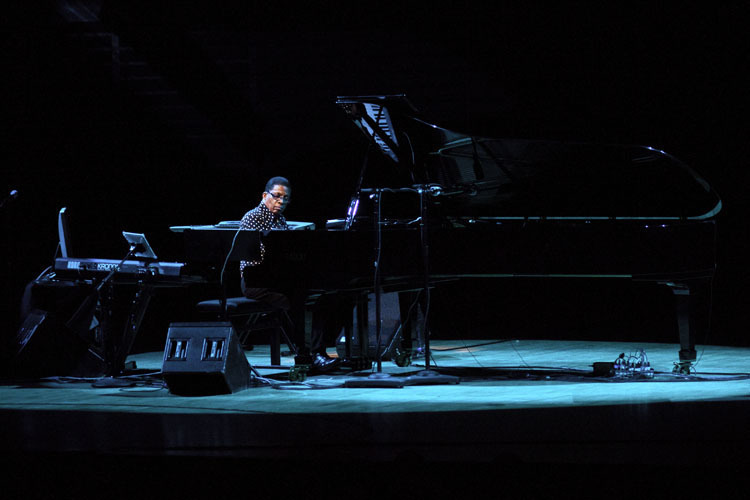 Herbie Hancock in performance at Kimmel Center in Philadelphia 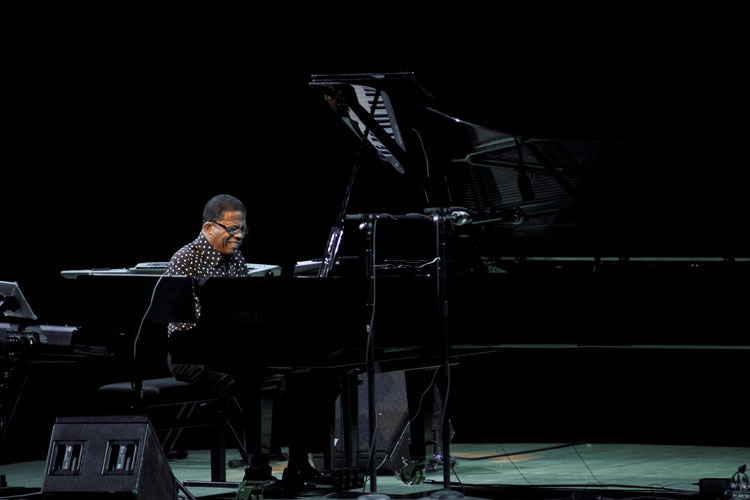 Herbie Hancock in performance at Kimmel Center in Philadelphia

The Kimmel Center in Philadelphia kicked off its 10th Anniversary Season of jazz performances with Grammy Award winning pianist, bandleader and composer Herbie Hancock in Verizon Hall. The jazz legend was warmly greeted by the audience with a standing ovation.

The show got underway with a bit of comic relief when the microphone stand broke and Herbie Hancock joked that if he had been a rock star he would have thrown it into the audience. Herbie’s opening remarks included an appreciation for Philadelphia’s “culture and rhythm.”

For JazzTimes’ (and this writer’s) first time back to physical, face-front-to-the-stage live performance in more than a year, one thing was certain: It was spooky. … END_OF_DOCUMENT_TOKEN_TO_BE_REPLACED

On January 10, 2010, an earthquake measuring 7.0 on the Richter scale struck Haiti, destroying much of its capital city, Port-au-Prince. Ten years later, with two … END_OF_DOCUMENT_TOKEN_TO_BE_REPLACED

There’s no way to cover Winter Jazzfest in its entirety—11 days of performances, talks, and other events at 21 venues in two New York City … END_OF_DOCUMENT_TOKEN_TO_BE_REPLACED

The Polish city of Wrocław—population 640,000—doesn’t have a very robust jazz scene, but for 10 days this past November it was transformed into one of … END_OF_DOCUMENT_TOKEN_TO_BE_REPLACED